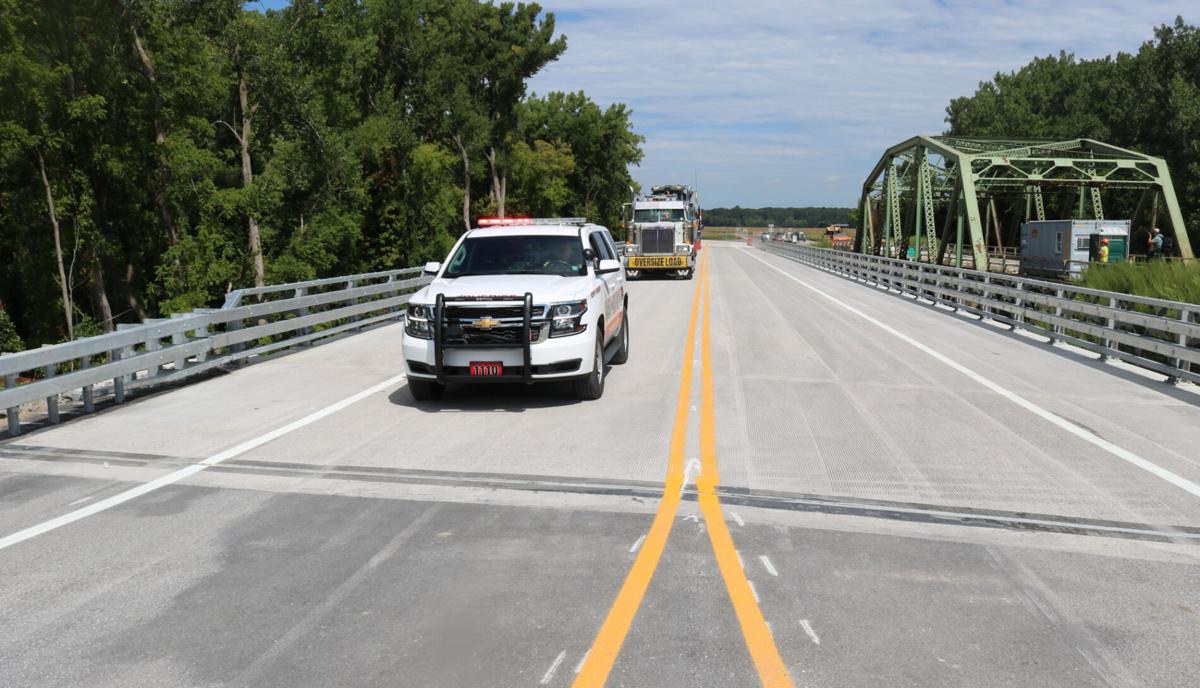 Brendan McDonough/ Livingston County News Members of the Livingston County Sheriff’s Office escorted two trucks from American Rock Salt’s Snowflake Transportation over the new Route 63 bridge on Friday. They were the first drivers to cross over the bridge and through the roundabout, as the road reopened to traffic with new safety measures in place. 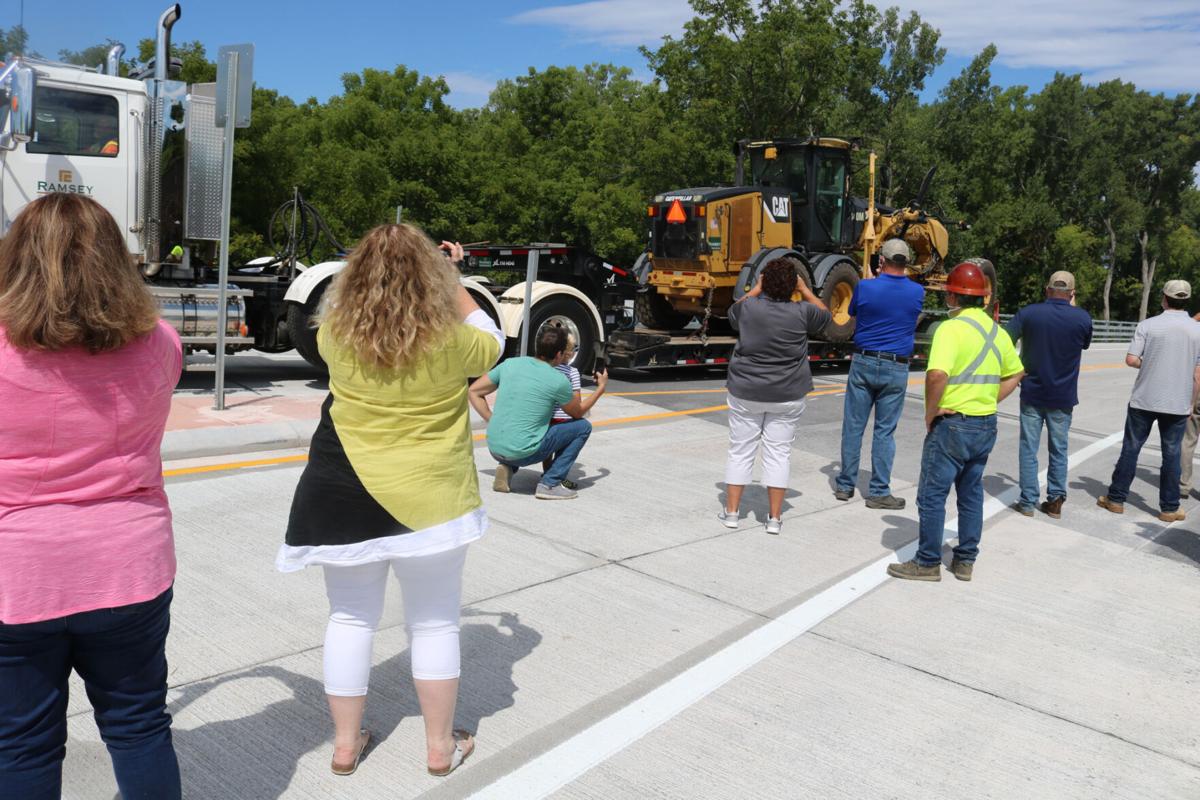 Brendan McDonough/ Livingston County News Members of the Livingston County Sheriff’s Office escorted two trucks from American Rock Salt’s Snowflake Transportation over the new Route 63 bridge on Friday. They were the first drivers to cross over the bridge and through the roundabout, as the road reopened to traffic with new safety measures in place.

GENESEO – With Livingston County Sheriff’s Office patrol cars leading the way, two trucks from American Rock Salt’s Snowflake Transportation were the first to cross over the new Route 63 bridge and drive around a new roundabout near the base of Court Street in the village on Friday.

“It has been a long time coming,” said Deputy Town Supervisor Matt Griffo.

The $8.7 million project took about five years to plan and more than a year for workers from Ramsey Construction to complete.

“It is a steel beam bridge and it is all about safety. I think it is doing to work on this project. The trucks that come through here, they just seem not to be paying attention,” said Ramsey Construction owner Chris Ramsey.

Previous attempts to slow down traffic with a stop light and reduced speed limits at the intersection of Court Street and Route 63, local officials said have not worked. With the addition of a roundabout, Griffo said drivers will no choice but to slow down.

The roundabout is part of an effort that officials said they are hoping will make the area safer for both passenger cars and truck drivers.

“The intersection has always been a very dangerous intersection. Unfortunately, there have been deaths here. There have also been multiple serious accidents here,” said Griffo.

One of those killed on Route 63 was a SUNY Geneseo freshman. Savannah Williams, 18, was killed on Dec. 20, 2016, when a tractor trailer struck her car in a T-bone collision at the bottom of Court Street. She died at the scene.

Williams was on her way home for the holiday season.

State Sen. Patrick Gallivan, R-Elma, and Assemblywoman Marjorie Byrnes, R-Caledonia, sponsored legislation in the state legislature to name the portion of Route 63 between its intersections with Court Street and Route 20A the Savannah Marie Williams Memorial Highway as a means of honoring Williams’ memory. Signage designating the roadway as such would also be installed.

“The circle allows everyone to enter, as they come up to it but the most important thing is this intersection will be much safer for people, especially for people who are from out of town and come down Court Street. At one point they reduced the speed to 45 mph and that still did not reduce the number of accidents,” said Griffo.

To help make the area safer additional changes are also being made to Court Street. Construction on that part of the project is still going on and is expected to be complete in the next two weeks.

“Court Street ended up being reconstructed 500 feet and we put a little curve into it, so when they come into the roundabout they are square. The roundabout is all concrete,” said Ramsey.

Also supporting the project and the need to reduce speed on Route 63 is American Rock Salt Company, which has many truck drivers using the road.

“We see this new design as a way to slow traffic down and we see it as a very useful safety tool. I think the design is going to be a huge benefit to help manage traffic better especially with the college right up the hill,” said Joe Bucci Jr., environmental safety manager for ARS.

Added ARS Director of Truck Transportation Scott Bartholomaw: “It is definitely going to slow the truck traffic down for the trucks that are coming through here.”

Route 63 had been closed since Aug. 13 to allow construction crews to incorporate the new bridge. A detour was in place along Route 63 directing traffic on Route 63 to use Route 36 and Route 39. The detours did cause traffic delays for some, particularly along Route 39 who noted traffic backups caused by the additional traffic from the detour.