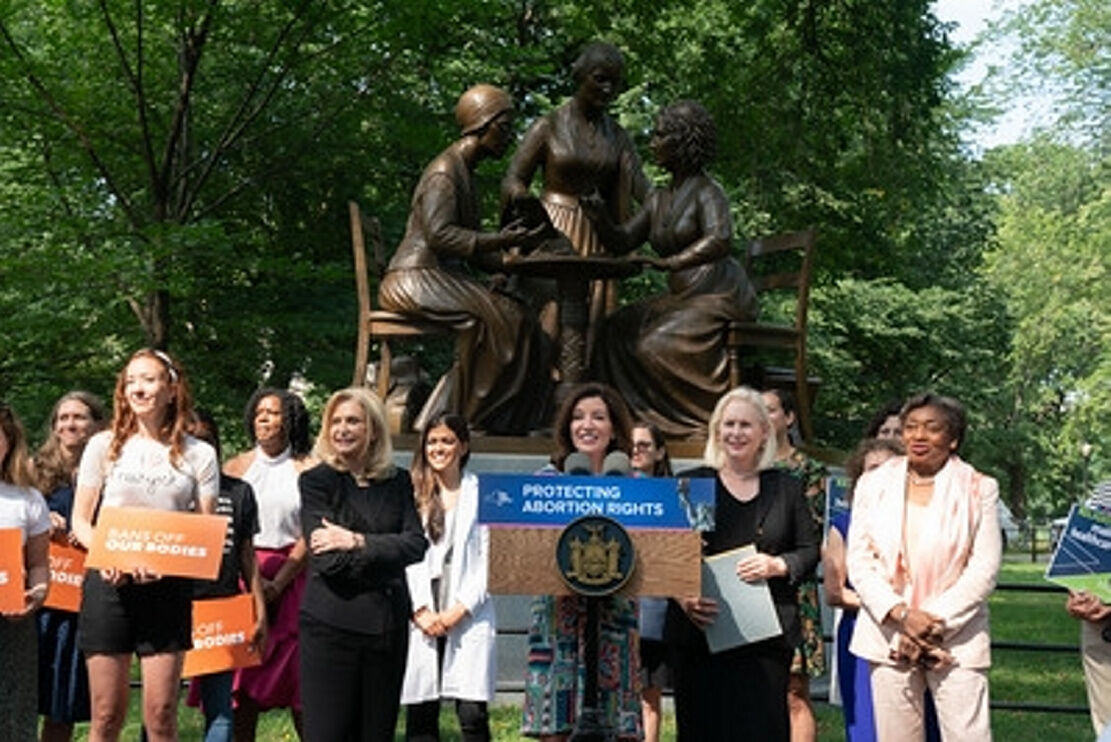 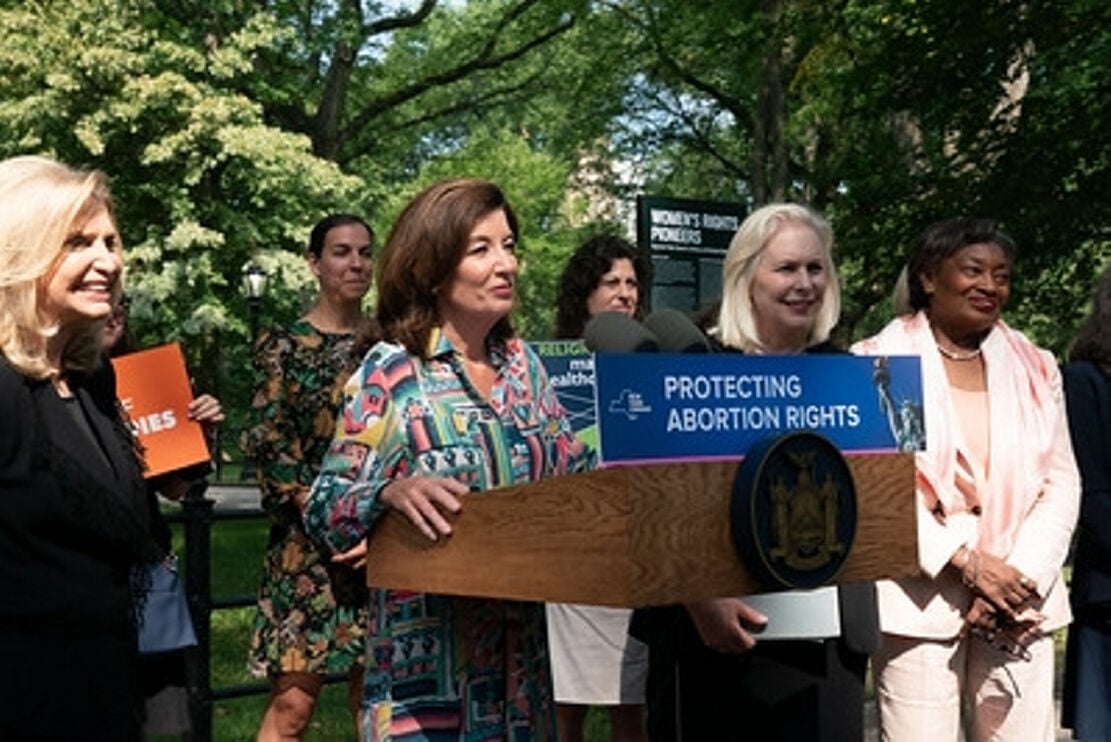 In response to recent anti-abortion laws in Texas and throughout the country, Gov. Kathy Hochul and U.S. Sen. Kirsten Gillibrand, D-N.Y., spoke about their efforts in the fight for reproductive rights.

The U.S. Supreme Court recently upheld a Texas law which does not allow abortions after a woman is six weeks into the pregnancy.

“I guarantee I did not know I was pregnant with my first child at six weeks. I actually went on a whitewater rafting trip at three months because I didn’t know I was pregnant, that is the reality of real people, we don’t always know,” Hochul said. “So you are denied the choice that should be yours as a woman, and something we took for granted, by Texas who thinks six weeks is the magic date that you should have been aware, you should know this, and that is grotesquely unfair what they’re expecting.”

Texas is not the only state with these types of laws, Hochul said. States such as Ohio, Mississippi and Alabama have laws limiting reproductive rights.

“I want to make sure first of all that we follow up on the Reproductive Health Act,” Hochul said. “There are some loose ends that were not attended to. Thank you to the advocates for reminding us what needed to get done. We want to make sure New York state patients, and anyone who comes there know their rights. It’s simple but we want to make sure we have an agenda.”

I’m announcing today that we’re going to say, If you don’t know your rights you might as well not have these rights, if you don’t know them and understand them,” Hochul said.

All state agencies, particularly the Department of Health, will launch a public information campaign, so New Yorkers and others who come here will know all of the rights available to them when it comes to abortion access Hochul said. She said there will be a patients’ bill of rights that will be distributed at doctors offices, clinics and other organizations.

“We’re going to make sure every single woman in the state of New York knows her rights,” Hochul said. “But also, if we’re going to be a haven for people from elsewhere, we need to make sure our health care providers are also equipped with the guidance they need. There’s been some confusion. They’re not always sure what their rights and obligations are.”

Hochul said she was also directing the DOH to develop and distribute modern and comprehensive provider guidance on their rights to abortion care. There is a lot of misinformation about abortion rights out there Hochul said.

“Lastly, just as we’ve seen with this pandemic, we’re also waging a war against misinformation, which is a polite way of saying lies,” Hochul said. “And there are social media platforms that have been hijacked and used for this purpose. We saw it as a place where people, so fear, disinformation and affect people’s attitudes.

When New York passed a law that preceded Roe v. Wade in 1970, more than 400,000 people came to the state and two-thirds from other states, Hochul said.

“Fast forward to 2019, we passed the Reproductive Health Act. We analyze all the social media that was going on at that time, from Jan. 1 to March 20, 2019, four out of 10 top stories receiving the most engagement on Facebook were articles about our very own Reproductive Health Act. And they are from anti-choice news sources that absolutely misrepresented and lied about the bill.”

Hochul said they sent a letter to Facebook letting them know their expectations. She said social media platforms have to handle misinformation on abortion access.

At the federal level, Gillibrand talked about the need to pass the Women’s Health Protection Act, which would create federal protections against state restrictions that fail to protect women’s health and intrude upon personal decision-making.

“Having control over your own body and your own future is a basic human right,” Gillibrand said. But that right is being threatened every day. The recent law in Texas — and the Supreme Court’s refusal to block it — is dangerous and disturbing. This law is not just unconscionable, it’s unconstitutional.

The Texas law deputizes vigilantes to go after you, Gillibrand said. It creates a right of action against anyone helping women seeking an abortion.

“In that state there is universal standing to go after you if you are seeking an abortion or helping someone make a decision,” Gillibrand said. “You sat with your friend and talked with her about what she wants to do with her future, I can sue you, I can put you in jail I can make you pay $10,000.”

The Texas law is shocking, Gillibrand said, she said Mississippi has a 15 week abortion law that will be coming before the Supreme Court which also challenges Roe V. Wade.

“Its more than just this question of when you should have access to care, Gillibrand said. They want to deny women their humanity, and this is what’s so frustrating. They want to make sure that women, and transgendered people are second-class citizens. Because they want to take away these fundamental decision-making capabilities, its as simple as that.”