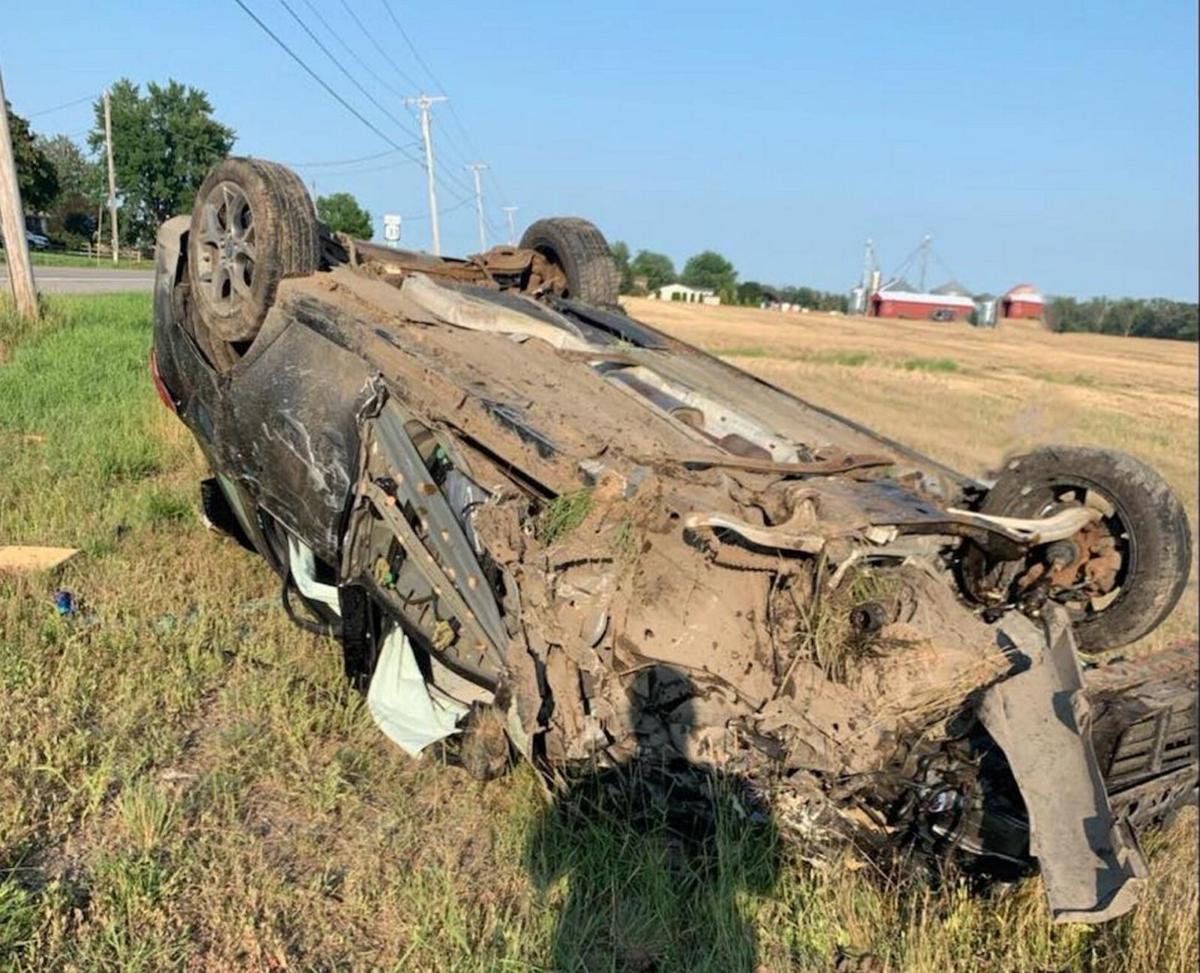 The driver of this car was charged with driving while high on drugs. The car sheered a utility pole in half, starting a fire in a farm field. 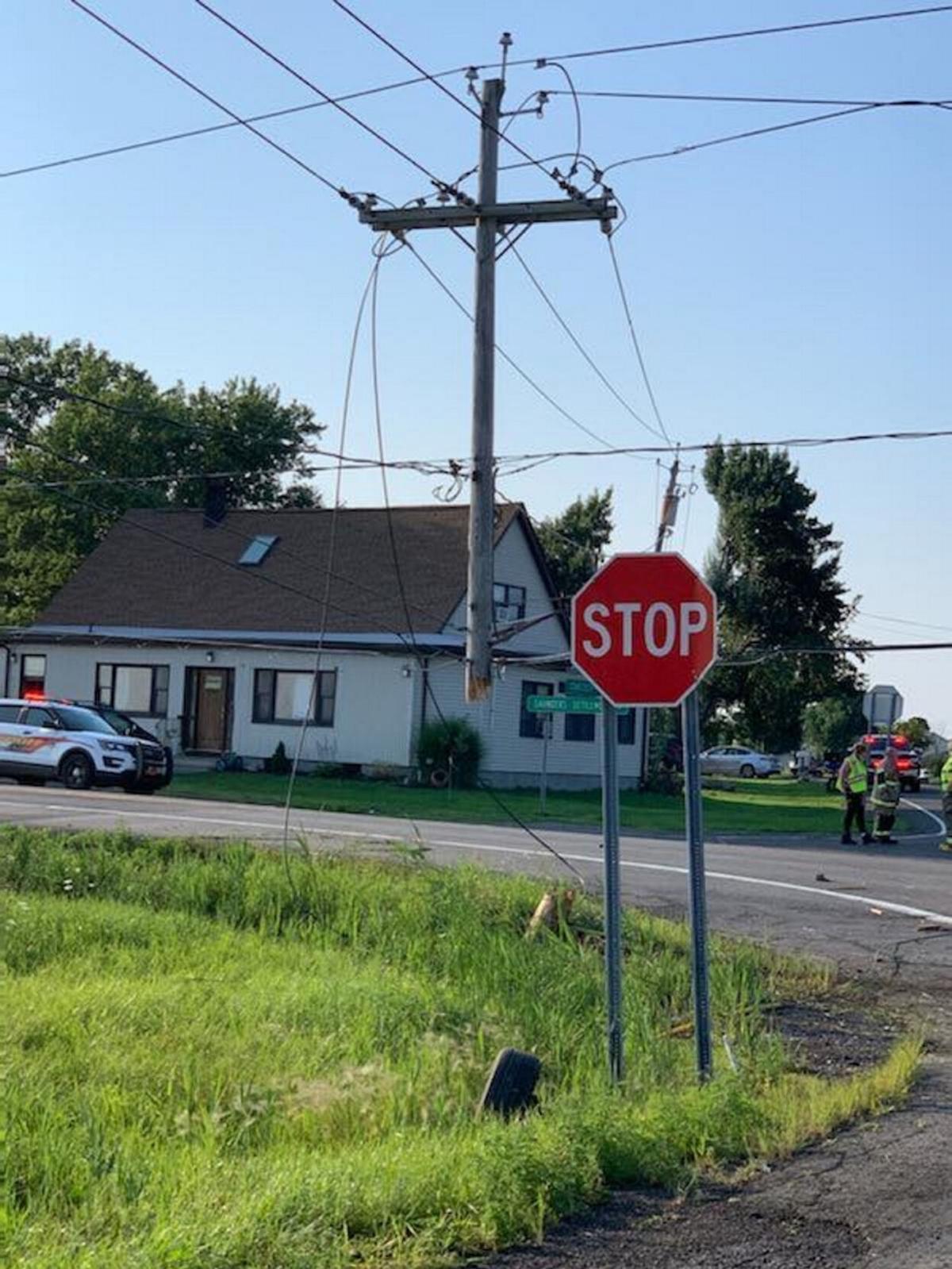 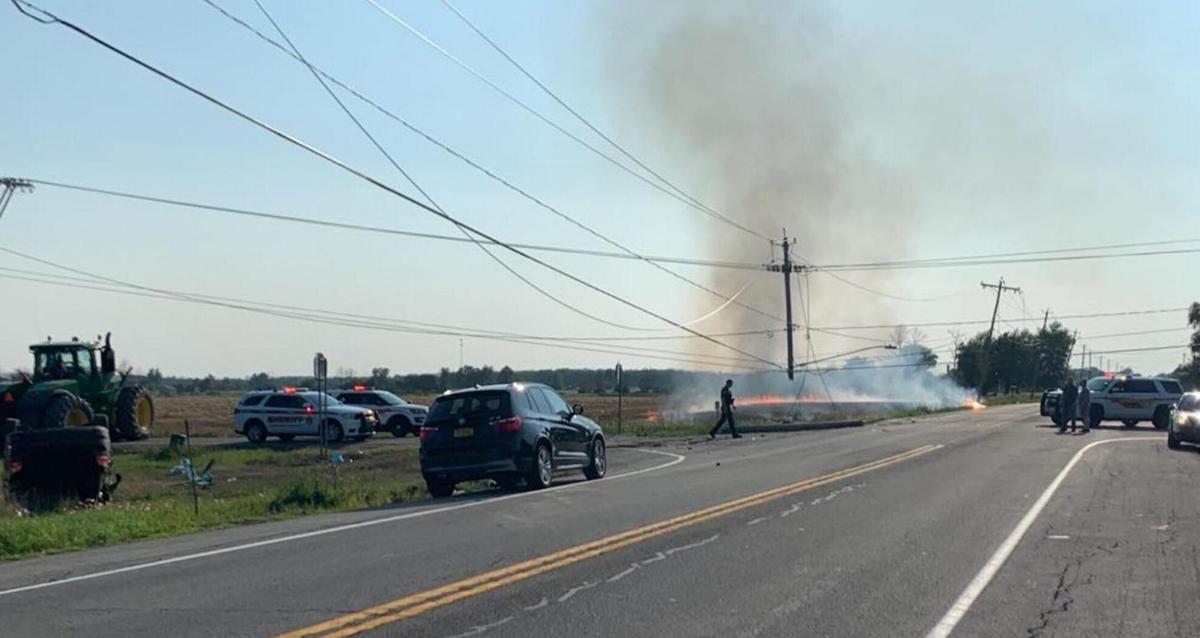 The driver of this car was charged with driving while high on drugs. The car sheered a utility pole in half, starting a fire in a farm field.

Deputies received a 911 call around 6 p.m. Wednesday about a crash near Saunders Settlement and Comstock roads, with a car reported overturned in a field and live electric lines down.

Deputies arrived and found a 2014 Ford on its roof in a farm field and a fire in an adjacent farm field.

David M. Acito, 32, had been driving east on Saunders Settlement Road when he went off the south edge of the road, into a ditch and into a utility pole.

The pole was sheered in half, causing the power lines to drop.

The car continued east, flipping into the field.

Deputies said Acito was able to crawl out of the overturned car.

Deputies said Acito failed field sobriety tests and it was determined he was high on drugs.

He was charged with driving while ability impaired by drugs, unlicensed operation and numerous traffic violations.

He was committed to Niagara County Jail pending arraignment.

Acito was not injured in the crash.