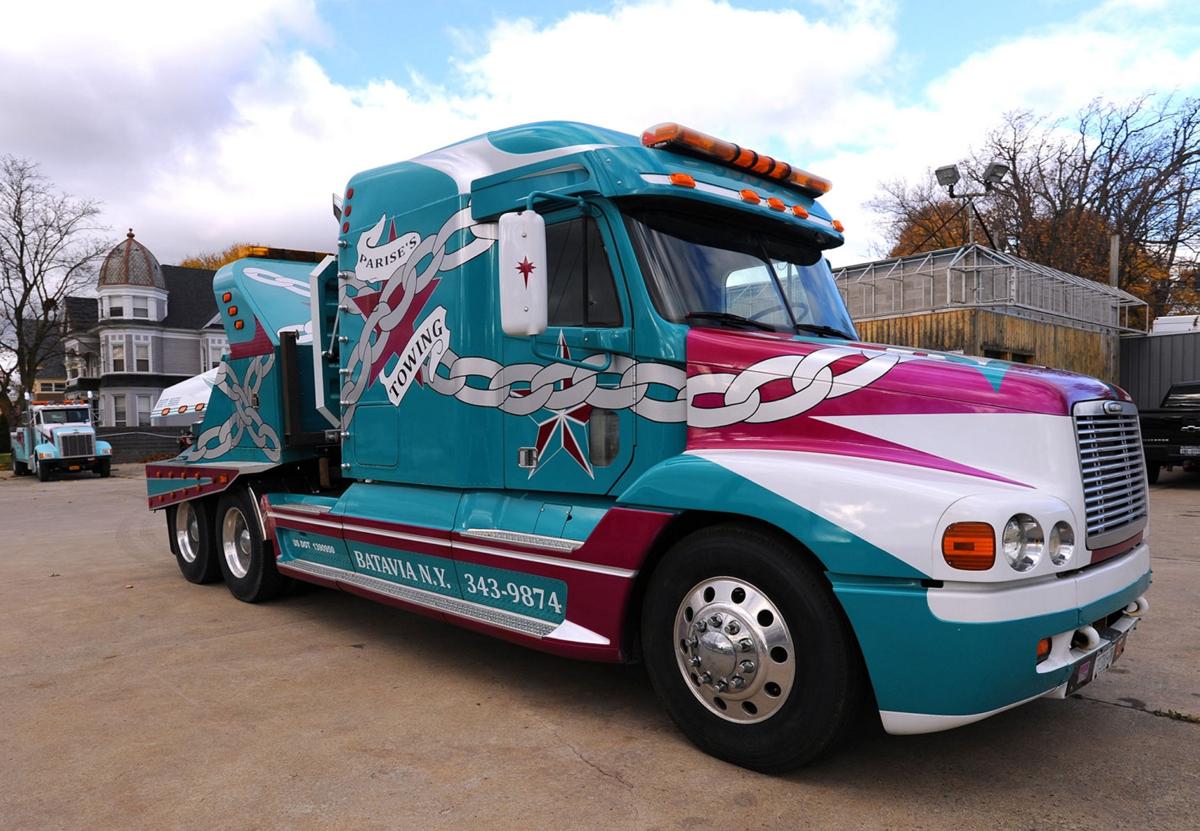 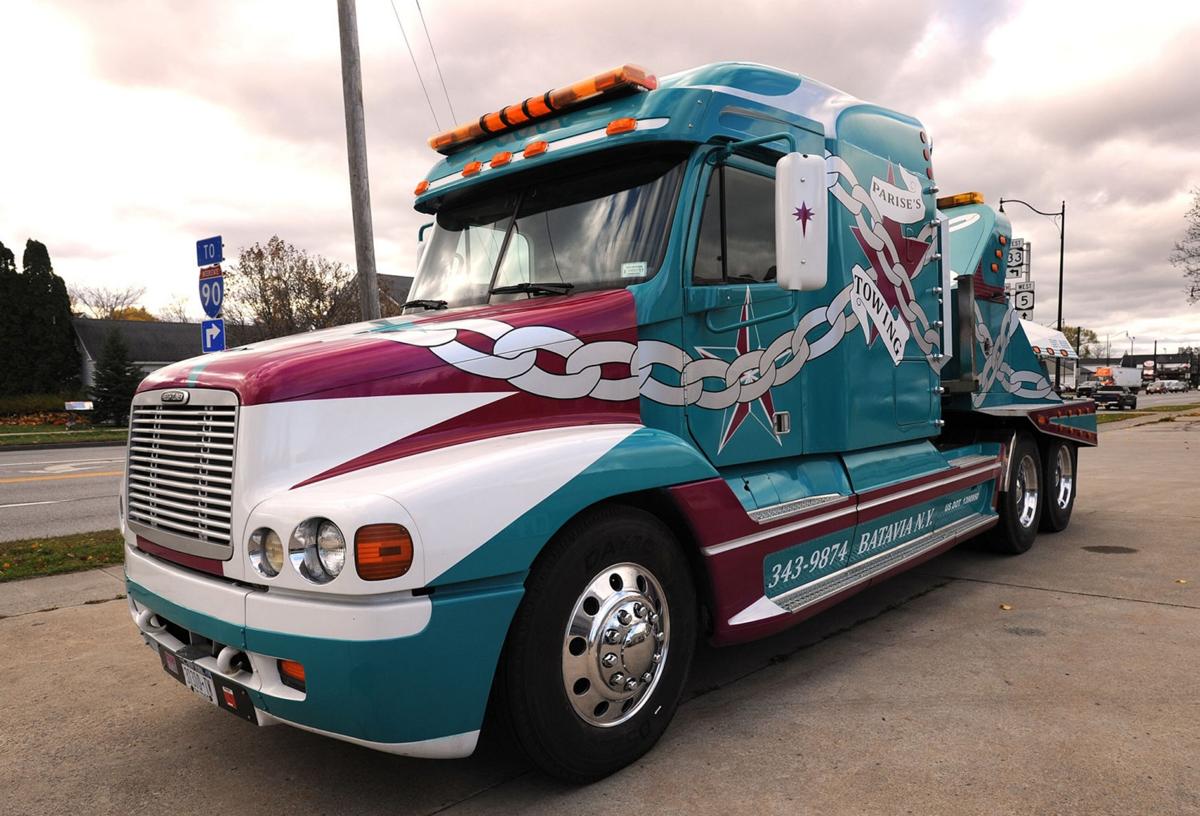 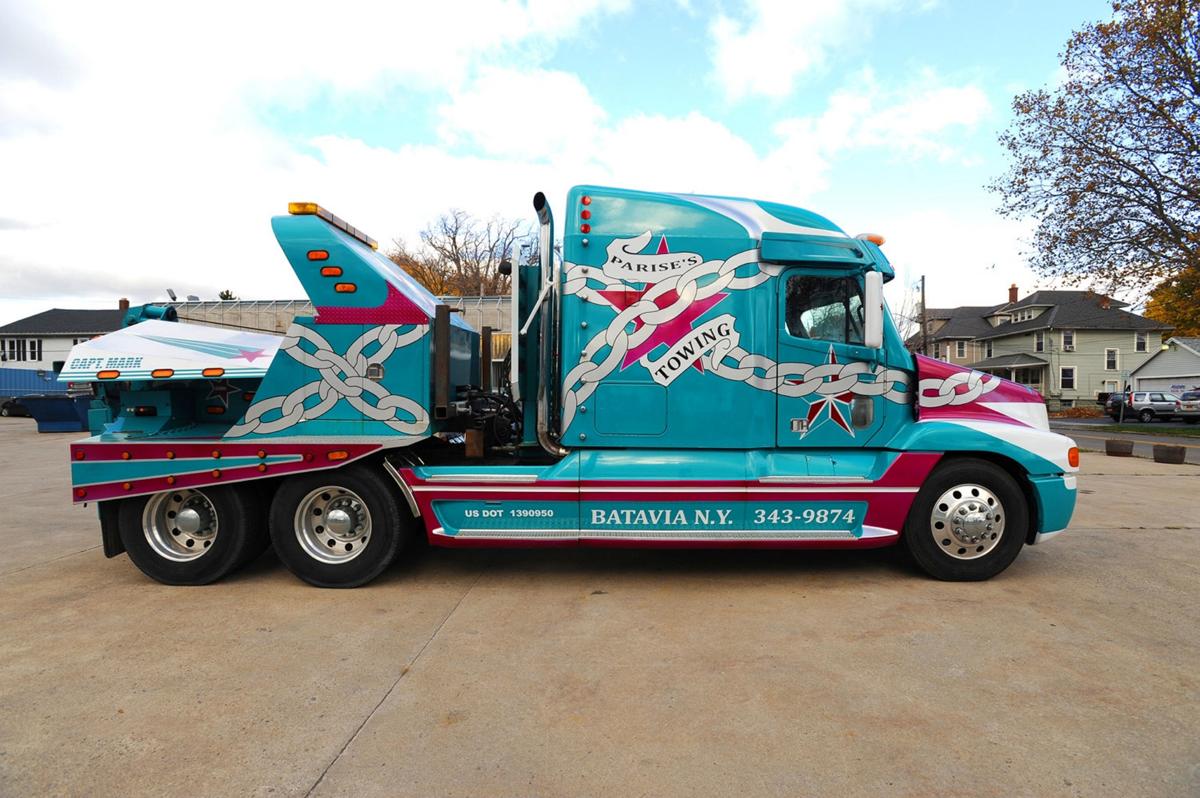 Chosen out of 550 entries submitted over five categories, the truck from the Batavia business was cobbled together out of five different trucks, including a 1981 fire truck headed to the junkyard, and the appearance was altered to look more aerodynamic.

Everything was painted and designed in-house.

The colors painted on the tow truck — turquoise, purple and silver — were the original palette when the business started 60 years ago. Different paint schemes were tried out, and according to Elaina Dickinson, one of the owners of the family-owned business, she and her father Mark Dickinson, another owner, painted as they went along.

“We went with the chains because in towing you use chains in order to tow,” Elaina said. “The truck we think looks like a spaceship, hence the stars on it.”

The design of the truck took about a month in planning, she said, and the creation of the truck itself started in 2010 and ended in 2014, shortly before Elaina entered the contest, desiring to show off the unique truck.

“We thought it was a long shot that we could put our truck in there and maybe have it seen by some people,” she said, admitting that the fact that they won first place came as a shock.

In the beginning of October, Tow Times magazine called to inform Parise’s Auto and Towing they were one of the finalists and a few weeks later, the family-owned business was informed it took first place. In this month’s issue, the 2001 Freightliner FL 120 was shown among the other winners and will have a feature article on it in the magazine sometime in the spring.

“It’s a great honor. It puts Batavia on the map,” Mark said, crediting the design of the truck to his 24-year-old daughter.

Parise’s Auto and Towing started in 1956 with Ralph and Joan Parise, one of the many garages located in Batavia in the 1950s. However, it didn’t buy it’s first tow truck until 1981 when it took on AAA.