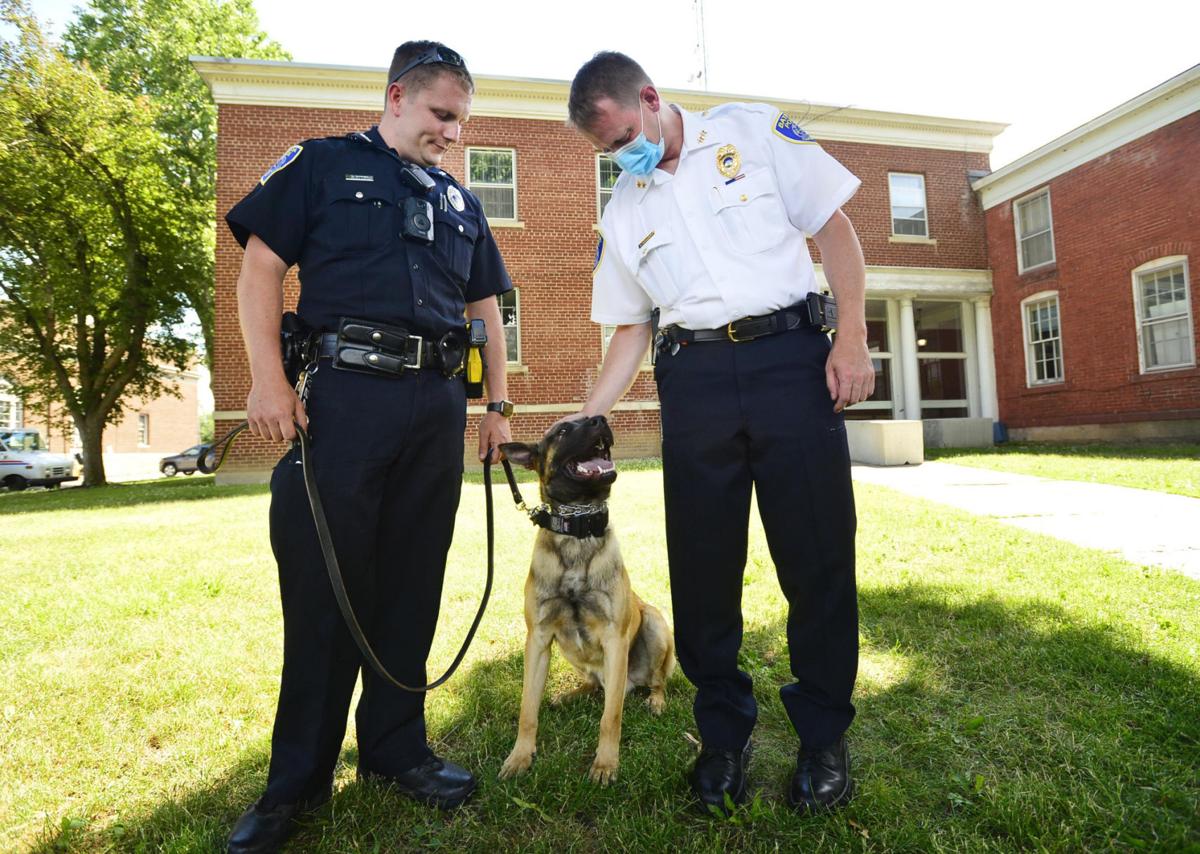 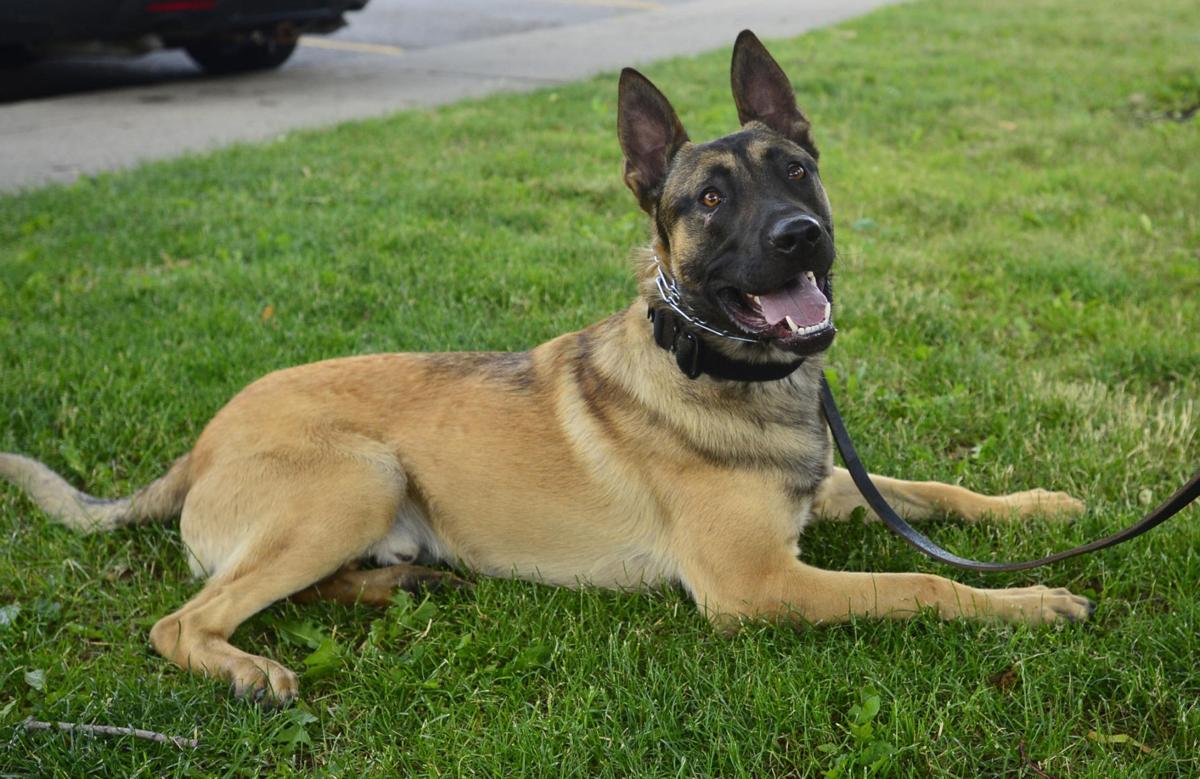 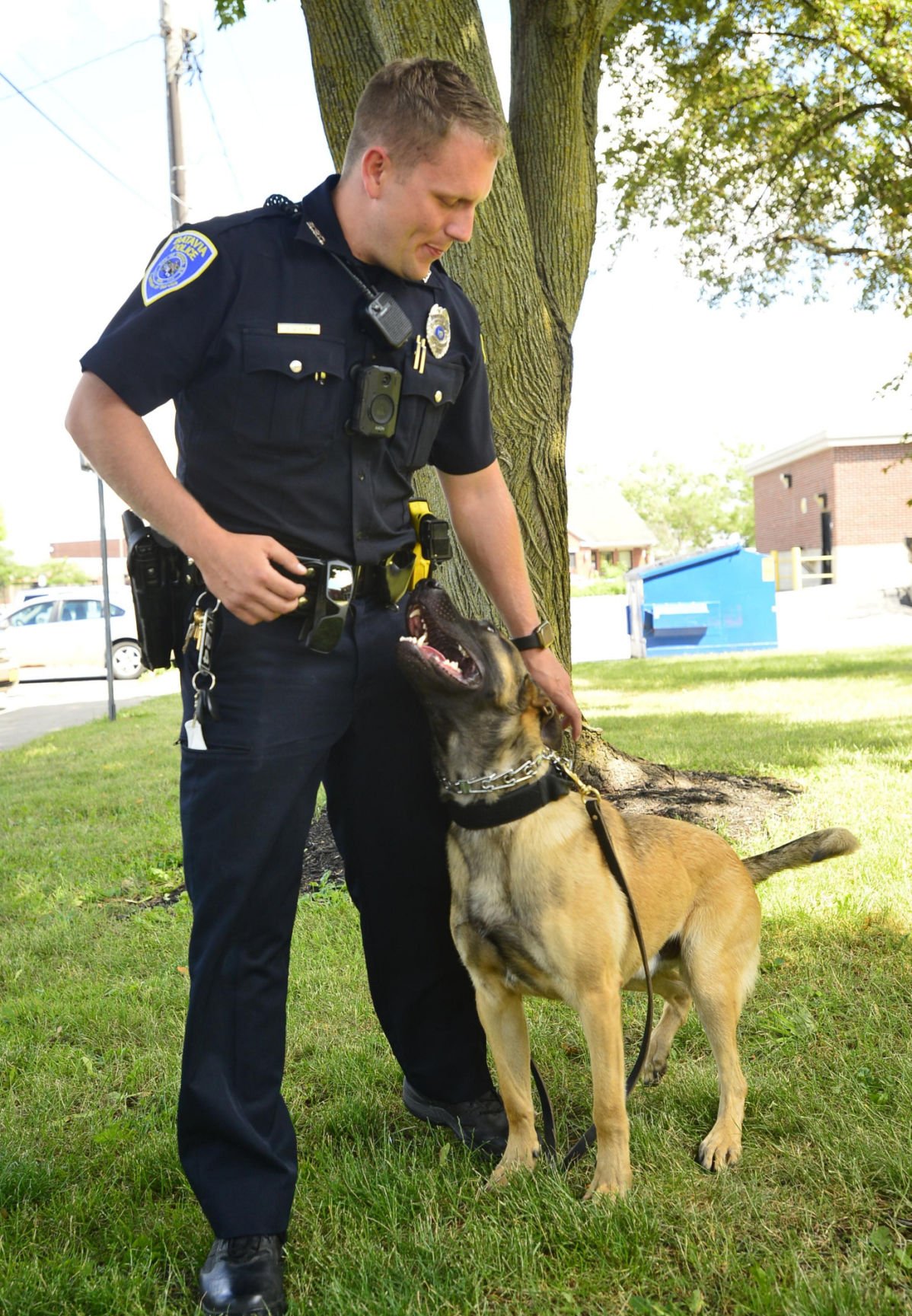 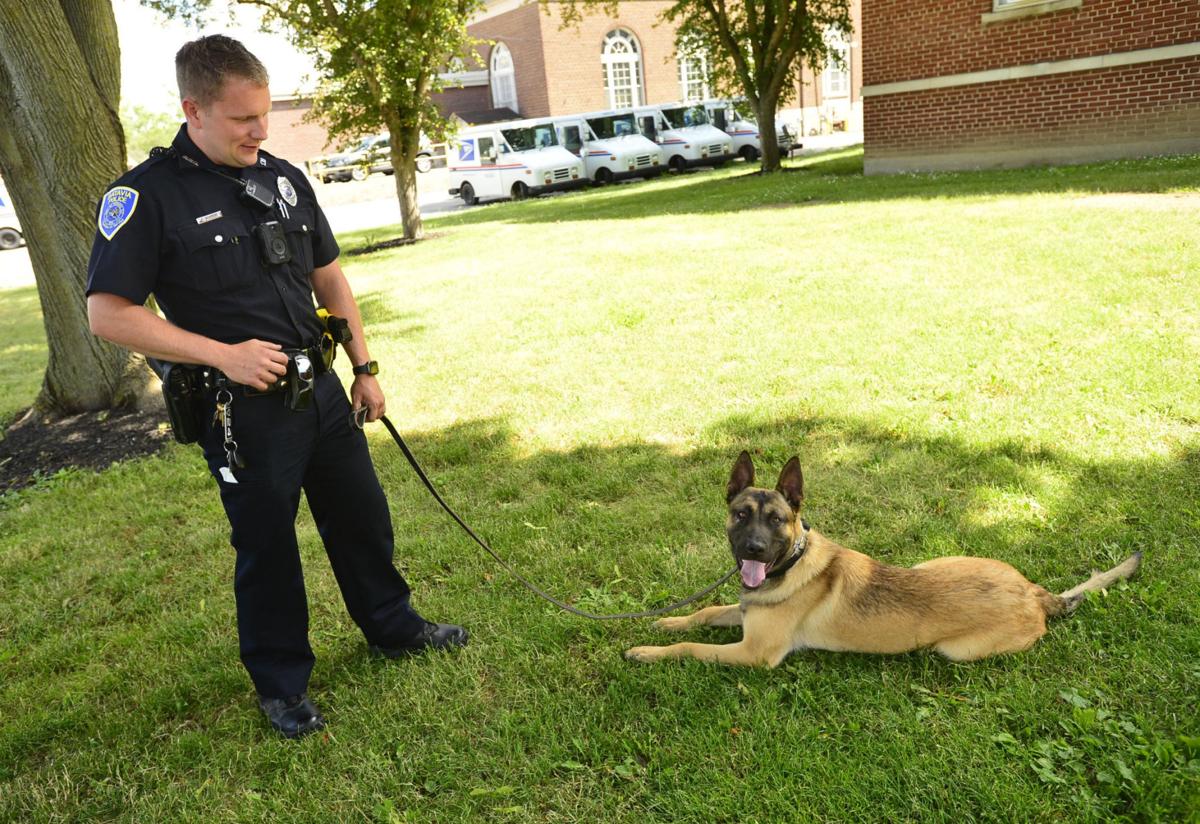 BATAVIA — Meet Hank, the newest member of the city of Batavia Police Department.

Hank, a 1-year-old Belgian malinois/shepherd mix, is the K-9 who has begun training with his handler, Officer Stephen Quider. The K-9 was formally introduced Thursday afternoon outside the Batavia Police Department.

The department said Hank and Quider have begun training in Monroe County. Hank will be a dual-purpose K-9, trained in narcotics detection, tracking and apprehension.

“We’re looking forward to the partnership that they’re going to build and the good that they’re going to do in our community when it comes to helping people out, whether it’s tracking people, detecting their products and overall handler protection as well,” the police chief said. “I think there’s a lot of benefits to the department for having a K-9 and definitely a benefit to the community.”

Quider said Hank has had basic training in obedience.

“We’re still working on that. He’s done a little bit with me,” the officer said with a smile as Hank walked around and jumped up and down, Quider keeping a firm hold on his leash. “We did a little bit of building tracking recently. We’re starting on article searching, just looking for human odor. What the department decided is that he’ll be a basic tracking dog, a patrol dog and his secondary purpose will be drugs and narcotics.”

All officers go through the basic academy, about five months of training just to learn how to be a police officer, Heubusch said.

“This is a whole other level of being a police officer. Not only are you responsible for another living thing, you’re responsible to the department for a specific action, such as searches, narcotics detection, ... Through the training that Officer Quider and Hank will receive, they will basically become experts in that field. Some of the department members will rely on them a lot more ... when it comes to searches or seizures, that type of thing.”

Heubusch said a lot of times, the department would rely on outside agencies for K-9 services.

“Genesee County’s been very helpful when it comes to that,” he said. “But, when you have an incident that takes place where you need a dog, sometimes it can take upwards of an hour, maybe two, to get a dog into the city of Batavia. With Officer Quider being on call, even when he’s not working, the response time’s going to be much faster.”

Having multiple agencies with K9 units will still help.

City Council President Eugene Jankowski Sr., who was a K-9 handler while with the Batavia Police Department, said the K-9 program previously ended due to labor issues.

“There was somebody nearby who had filed a grievance as far as handler fees and all the time you put into it on your own. Somebody filed a grievance somewhere and then everybody jumped on,” Jankowski said. “It wasn’t necessary to wait this long (to bring the program back), but people forget and then they forget it’s a resource until there’s interest generated again.”

The K-9 program began in 1982 with handler Randy Baker and K-9 Ringo and lasted until 1997 with handler Ed Mileham and K-9 Fonto. The department had several dogs during that time period.

On Thursday, City Councilmember Patti Pacino said City Council is delighted with the announcement of the new K-9 partnership.

“It’s a process to get a dog. You don’t just say, ‘Hey, I’d like a dog,’ and they send you one. You have to go through all kinds of rigmarole to get one,” she said. “He’s only a year old, which means that for at least eight years, we have a dog. I asked, specifically, how long the active life was and they said about seven or eight years.”

The department had a fund-raising effort last year to help offset some of the costs with the K-9 program. It has raised over $11,000 to date. The department is still accepting donations in support of the program. Anyone wishing to donate may contact the Batavia Police Department at (585) 345-6356.