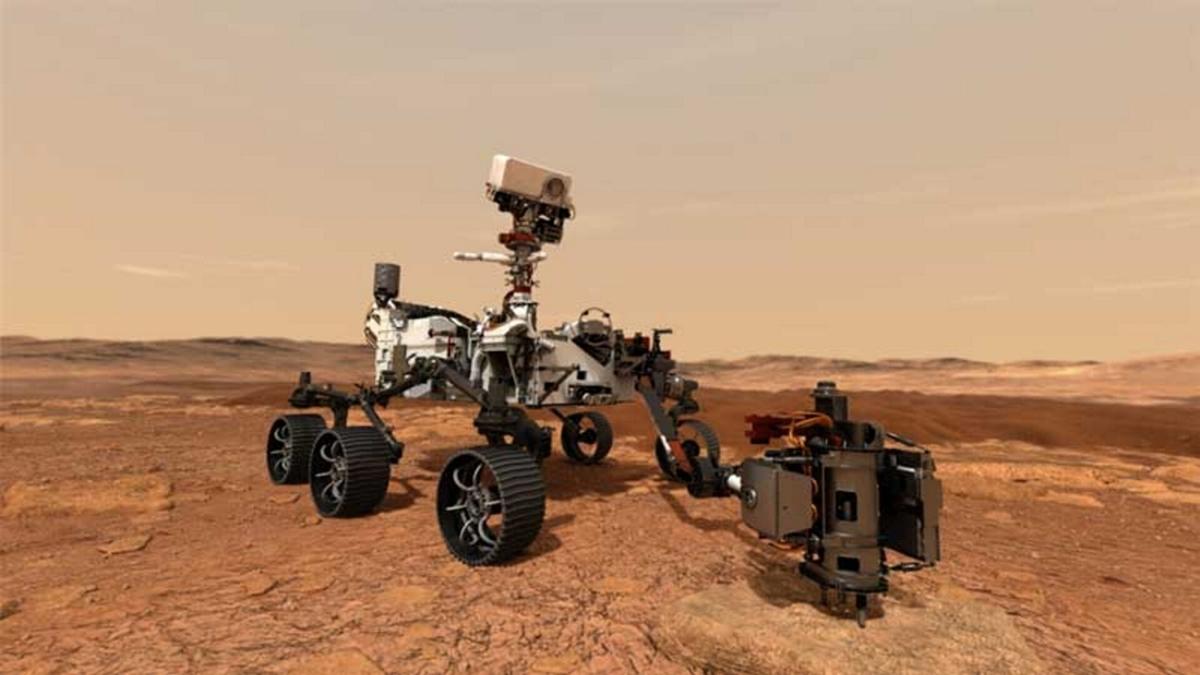 In this illustration, NASA’Äôs Mars 2020 rover uses its drill to core a rock sample on Mars. (Credits: NASA/JPL-Caltech) 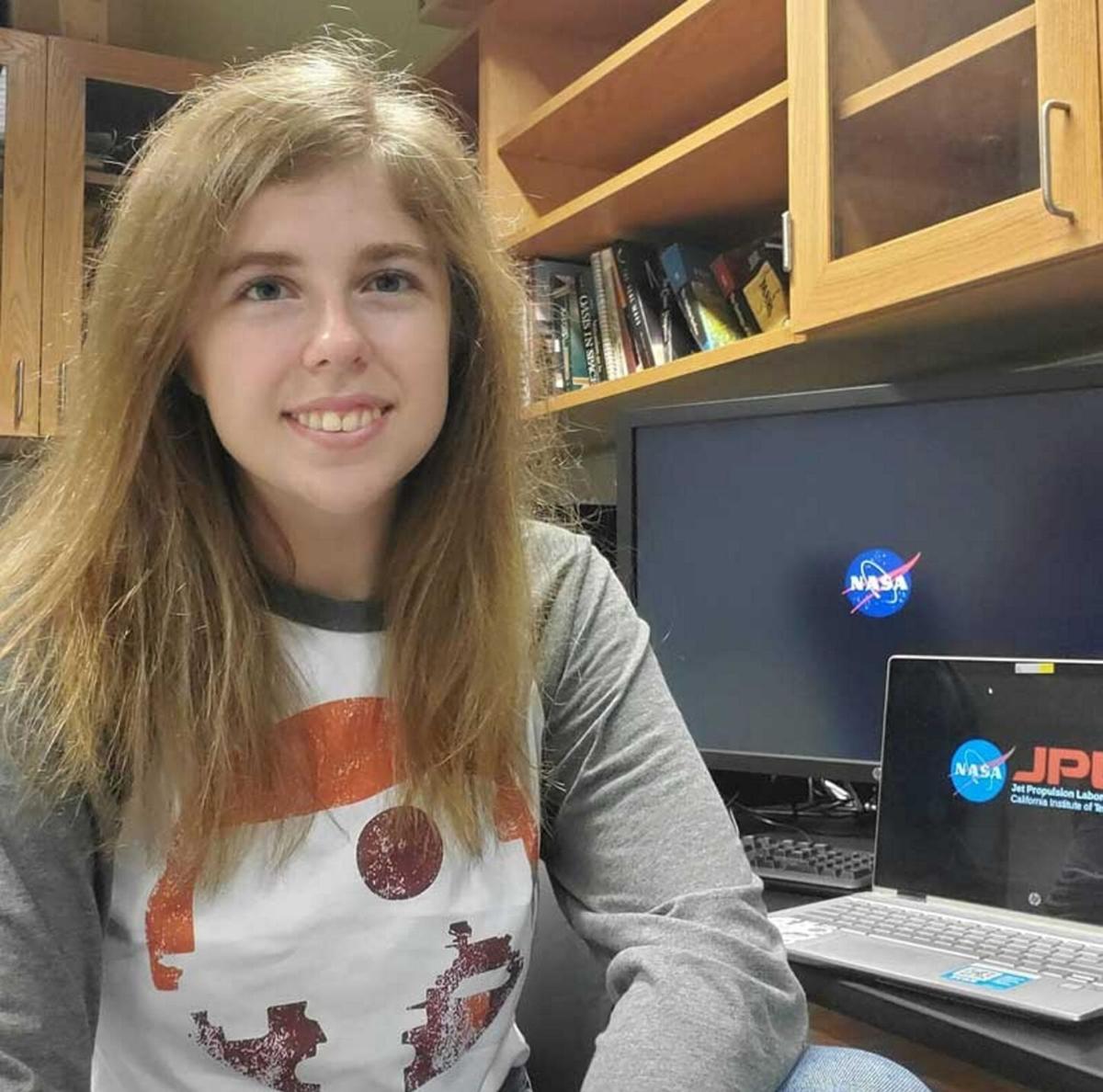 SUNY Geneseo PhotographMargaret Deahn, a senior at SUNY Geneseo, worked on the Mars 2020 mission that hopes to land a rover on the planet today. 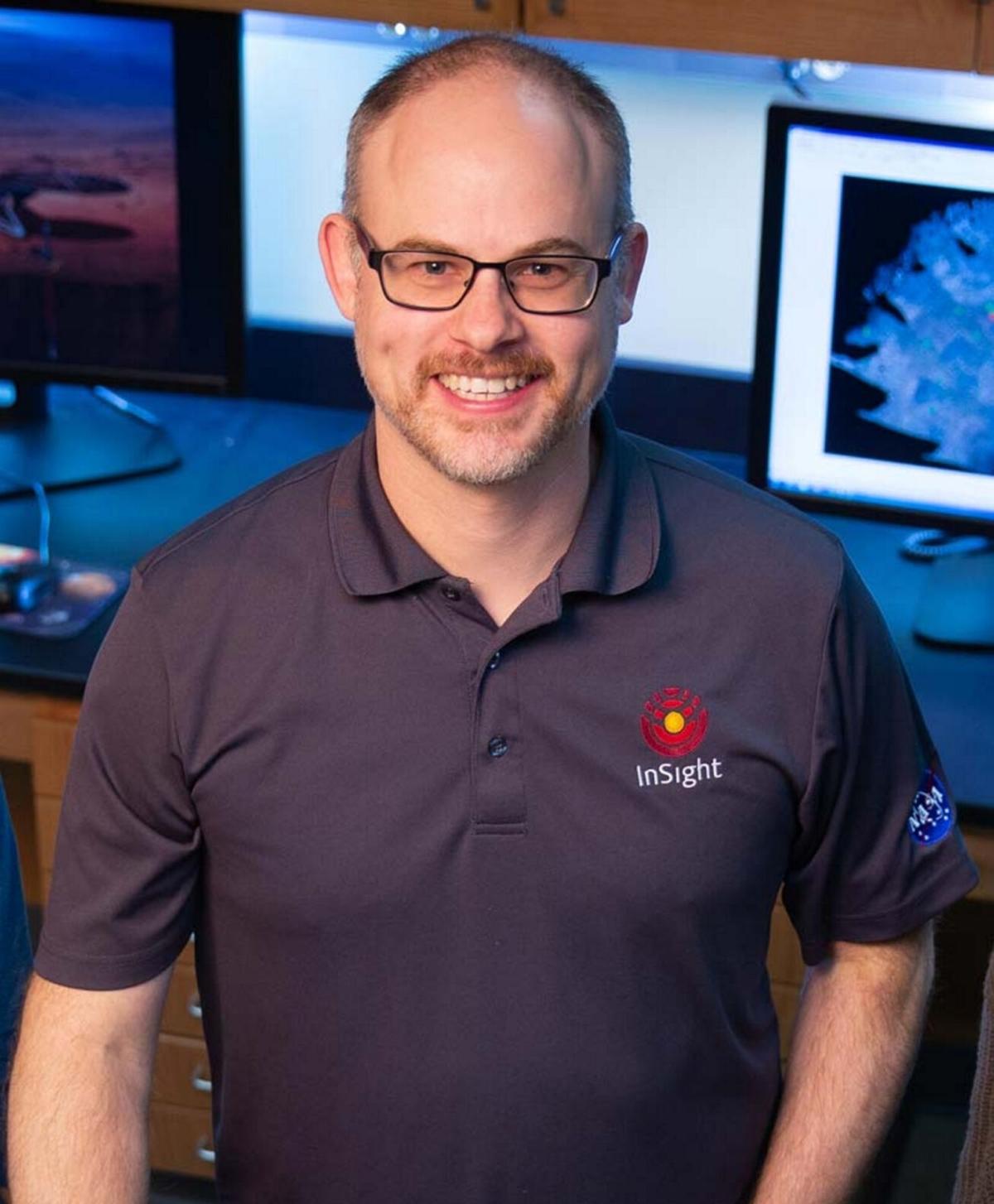 In this illustration, NASA’Äôs Mars 2020 rover uses its drill to core a rock sample on Mars. (Credits: NASA/JPL-Caltech)

SUNY Geneseo PhotographMargaret Deahn, a senior at SUNY Geneseo, worked on the Mars 2020 mission that hopes to land a rover on the planet today.

Recent work by two SUNY Geneseo geology majors, senior Margaret Deahn of Clarence Center and 2020 graduate Andrew Schuyler of Lyons, will impact current and upcoming NASA Mars missions, including the Mars 2020 mission to land the Perseverance rover on the planet and a future mission to retrieve rock samples from the planet’s surface.

“No one has ever brought samples back from another planet before,” says Schuyler. “It’s an incredible honor to be part of the ground-breaking science of these missions.”

Perseverance is scheduled to arrive at the Red Planet today, and if all goes as planned, will land in Jezero Crater with a primary mission of looking for signs of past Martian life. About 3.5 billion years ago, the crater was once a lake, and the terrain still carries the geological signs of liquid water in the form of a dried-out riverbed and delta. Such features increase the site’s likelihood of retaining biomarkers, or minute evidence of extinct life.

The rover will spend several years exploring the 28-mile-wide crater, collecting core samples and surface rocks to cache for the Mars Sample Retrieval (MSR) mission, a joint endeavor between NASA and the European Space Agency estimated to launch in the mid-2020s.

Schuyler, who minored in geography, helped examine satellite topographic data to characterize Jezero’s geology and predict the kinds of surface rocks Perseverance would find. The research was published in Geophysical Research Letters in August 2020 in an article Schuyler co-authored with Nicholas Warner, and 200 graduate of SUNY Geneseo and currently an associate professor of geological sciences at Geneseo. In particular, says Warner, a Castile native, “We focused on a single feature, or geologic unit, in the landing site that might be the best chance for the rover to collect a sample that can be radioactively dated when the sample is brought home.”

“NASA hopes to get samples of those rocks back to Earth, to analyze them chemically,” says Schuyler. “That will help us improve our methods of determining the crater’s age.”

Getting the samples back to Earth figured in Margaret Deahn’s Summer 2020 internship in planetary research at NASA. Placed in the Advanced Laboratory for Landing Site Terrain Analysis and Reconnaissance at the Jet Propulsion Lab, but working remotely from a lab at Geneseo, Deahn dialed in to JPL’s computers and servers and “basically made a giant map of the area.” She identified 250 MSR mission landing site candidates as well as possible areas for Perseverance to drop its samples for later retrieval, all in and around Jezero Crater. JPL will use her work to narrow down and eventually determine the sample cache locations and the MSR landing site.

Deahn, who is applying to graduate programs in planetary geoscience, embraced the remote opportunities her internship provided: attending virtual seminars; participating in an online graduate school prep course; meeting an astronaut, ESA scientists, and new mentors; and presenting a poster on her work at this year’s virtual Geological Society of America conference.

“I learned how important it is to have a big team of people work together for the success of projects as large as a NASA mission,” she says.

Thomas Zurbuchen, NASA associate administrator for science at the agency’s headquarters in Washington, believes that the Mars sample return missions will “help us answer key astrobiology questions about the Red Planet — bringing us one step closer to our eventual goal of sending humans to Mars.”