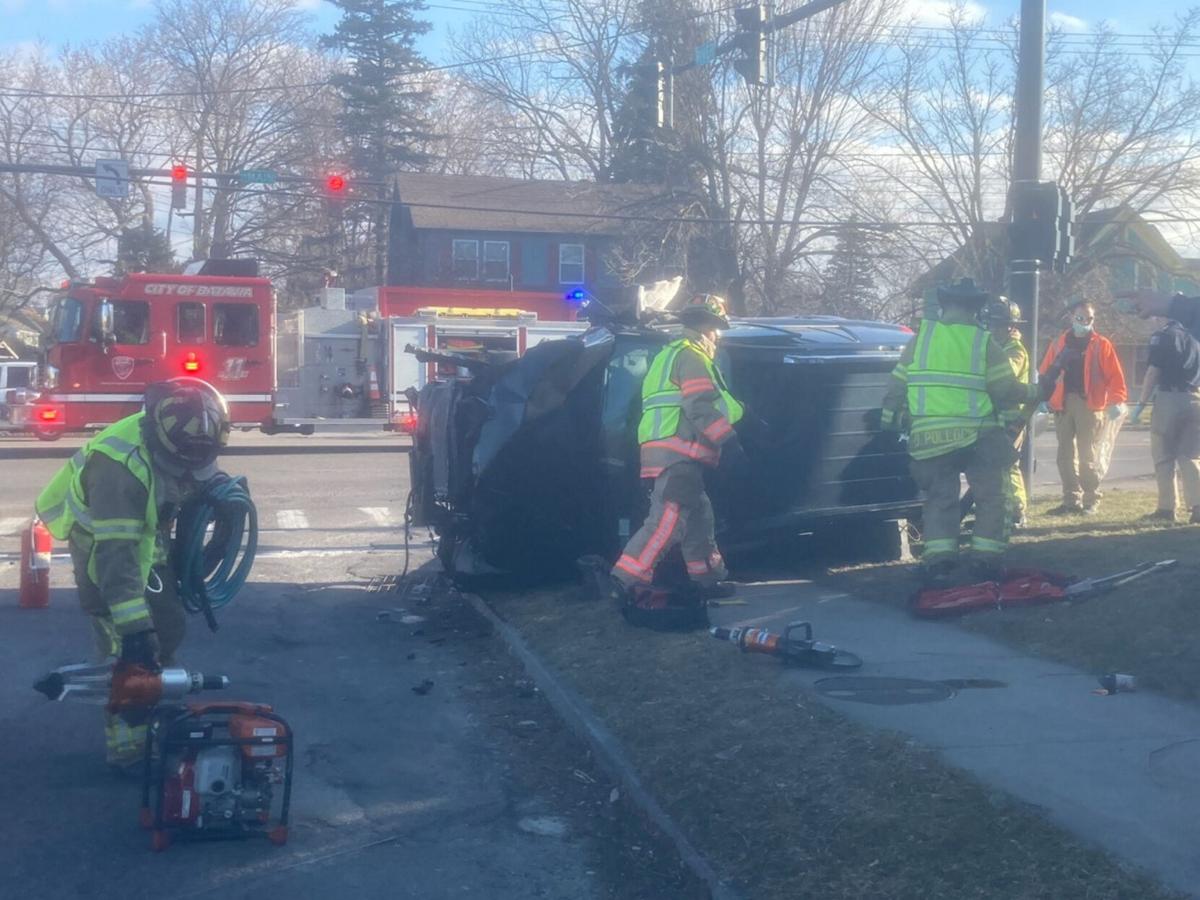 BRIAN QUINN/DAILY NEWS Firefighters work to get a female driver out after this morning’s accident. 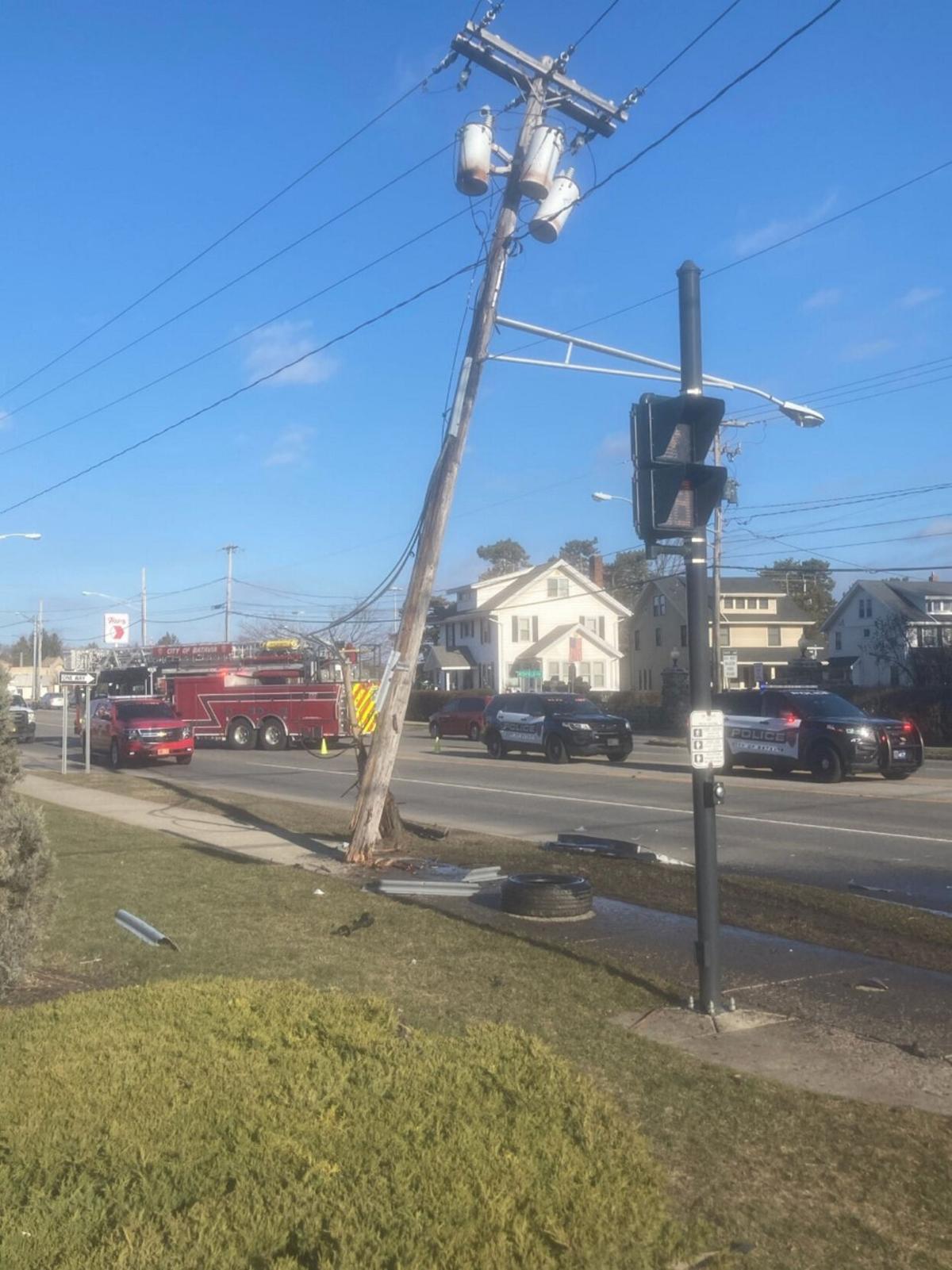 BRIAN QUINN/DAILY NEWS The vehicle struck a pole on West Main Street during the accident. 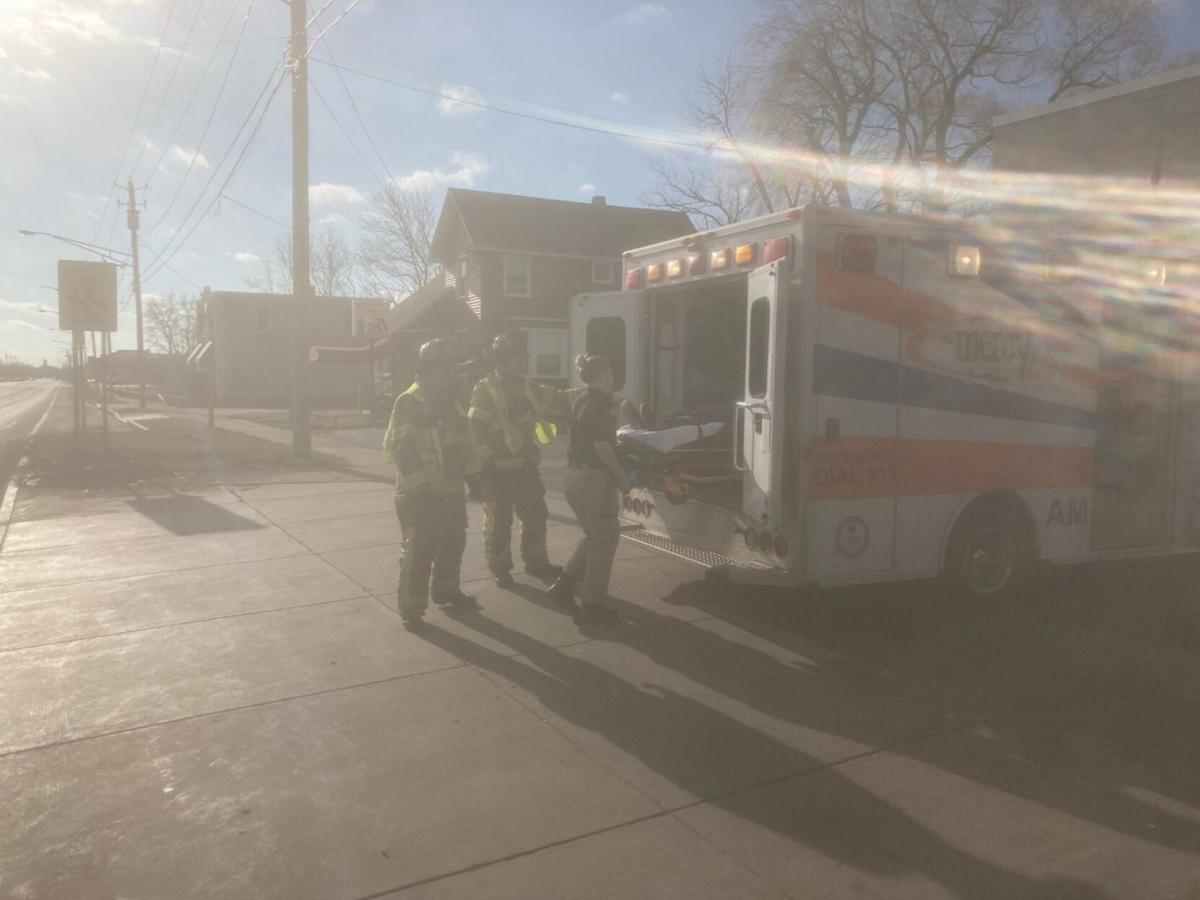 BRIAN QUINN/DAILY NEWS The driver is placed in an ambulance after the accident. There was no information available at the scene about where she was taken.

BRIAN QUINN/DAILY NEWS Firefighters work to get a female driver out after this morning’s accident.

BRIAN QUINN/DAILY NEWS The vehicle struck a pole on West Main Street during the accident.

BRIAN QUINN/DAILY NEWS The driver is placed in an ambulance after the accident. There was no information available at the scene about where she was taken.

BATAVIA — A Batavia woman is at Erie County Medical Center with minor injuries as police continue to investigate this morning’s accident involving the vehicle she was driving and a Town of Batavia Fire Department truck.

Batavia police said the accident around 9:09 a.m. The town fire department truck was responding to another call at the time.

City Police Department Sgt. Mitchell Cowen said in a press release that Mercy EMS ambulance transported the woman to ECMC. The press release did not mention any injuries to anyone in the fire truck. Charges are pending.

“At this time the investigation is still pending and further information will be released at a later time,” Cowen said in the release. “Traffic is still being impacted in the area at this time as National Grid crews remain on scene fixing their equipment and cleaning up the intersection from a spill caused by transformer damage.”

Cowen told The Daily News, “They were going to be replacing a pole and transformer,” he said.

“It’s just more about he fact that it’s slippery,” Cowen said of the fluid. “Traffic is still restricted to two lanes.”

The woman was driving east on West Main Street was transported by ambulance from the scene, but there was no information available at the scene as to where she was taken.

“This morning, we received a call for a motor vehicle accident, a vehicle that had flipped onto its side at West Main Street and River Street,” City of Batavia Fire Department Capt. Greg Ireland said at the scene. “The driver of the vehicle was alert and conscious upon our arrival, but could not get herself out ... We stabilized the vehicle and the crew did a great job with the extrication and got her out safely.”

“Mercy EMS handled the patient care with her. It appears to be non-life threatening injuries at this time,” he said. “We’ve got some damage to one of the poles, one of the transformers. National Grid, we have a representative here and we’re waiting for more of their vehicles to get here to take care of that situation. We’re waiting on the tow company to come and upright this vehicle and get it out of here. After that, we’ll clean up the intersection. There is some oil in the intersection, so we’ll try to get that soaked up to prevent any further accidents at this intersection later on today.”

Ireland estimated at about 9:40 a.m. that firefighters would be on scene for another half hour to an hour.

“I don’t know if the police department has to do any accident reconstruction. If they do, we’ll assist them with keeping the area closed,” he said. “I don’t know,if they have to do it, how long it will take.”

Another driver, Lynn Mucica of Byron, said she was waiting at the red light on West Main at the intersection with River Street when the accident happened.

“The car was just speeding through and I thought she was going to hit the car next to me, but she veered off and hit that pole instead,” Mucica said. “Then, I think she flipped a couple of times and landed over there. I don’t know if she saw the cars and couldn’t stop or what happened.”

Mucica said she was in the middle of picking up a DoorDash order at the time and had to call and cancel the order.

“I had already picked one order up and was on my way to pick up another order,” she said.

Batavia police were assisted at the scene by city firefighters and the Department of Public Works, and Mercy EMS.