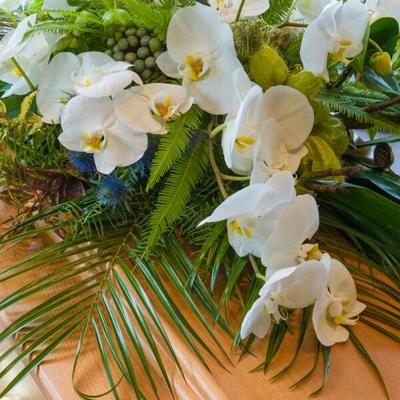 Don R. Felix passed away unexpectedly on Ascension Thursday, May 26, 2022.

Born on Aug. 21, 1938 to Norbert and Edna (Gray) Felix, Don was the second of seven children. A farm boy, growing up along the shores of Lake Ontario, Don loved fishing, exploring and sharing stories of riding his bike off of the pier in Olcott, N.Y. He was affectionately known as “Butch” by family and friends.

Don was a 1957 graduate of DeSales High School in Lockport. Following high school, he honorably served in the U.S. Naval Reserve. While working full-time, he earned a Bachelor’s and Master’s Degrees in Education, and an Advanced Administration Certificate from Buffalo State College. His career as an elementary educator included teaching at Lewiston-Porter in Youngstown and Maple Elementary, and then serving as assistant principal at Heim Elementary in Williamsville. In 1974, Don accepted the position as elementary school principal at Warsaw Central School. He was a well-respected principal for over 20 years, retiring in 1994. After a short recess, Don was invited to become the principal at St. Michael’s Catholic School in Warsaw, where he served for an additional 5 years.

Don had a curious mind, loved nature and was always interested in learning something new. He was a dedicated statistician who loved tracking and recording the weather, studying maps and calculating miles per gallon on family road trips. The month of April found him preparing for, and welcoming the purple martins as they returned to their nesting gourds on the dock of his beloved cottage on Chippewa Bay. He shared his passion for fishing with his family and was never upset when his son raided his tackle box.

Don was a talented woodworker who created beautiful pieces of furniture. His table saw was often the family alarm clock on Saturday mornings. After retirement, he became an accomplished woodturner and graciously shared his projects, including hardwood bowls, pepper grinders, pens and shoe horns.

Don loved to tinker in the basement, and was skilled at repairing almost anything with bungee cords, zip ties and wood shims. If it couldn’t be fixed with these items, it wasn’t worth keeping.

As a long-standing member of the Perry Rotary Club, Don was awarded the club’s highest honor, The Paul Harris Award, in 2016. He was also a member of St. Michael’s Catholic Church in Warsaw, where he often “listened better” with his eyes closed. Don was a church trustee and a member of the parish council. He was a member of the Pembroke Woodturners Guild and volunteered at The Humphrey Nature Center in Letchworth State Park.

Don will be remembered as quiet and humble, slow to anger and quick to forgive and forget. These traits served him well as a principal for over 25 years. As recently stated by family friends, Don “always put wind in your sails” and was described as “one of those old fashioned, old generation guys they just don’t make anymore.”

Don’s greatest passion though was spending time with the light of his life, Maureen, whom he married on a snowy day in December 1963. They traveled the world together and raised their family in Warsaw.

Don was preceded in death by his parents, two siblings and most recently by his eldest daughter, Lisa T. Felix, whose hand he held until the very end in 2020. Don is survived by Maureen, his loving wife of 58+ years; daughter, Shauna (Jerry) Andres of Hayden, Idaho; son, Matthew (Kristen) Felix of Warsaw; and his 5 favorite grandchildren, Hunter, Cole and Maddie Andres and Mitchel and Lukas Felix; brothers, sisters, nieces, nephews and lifelong friends.