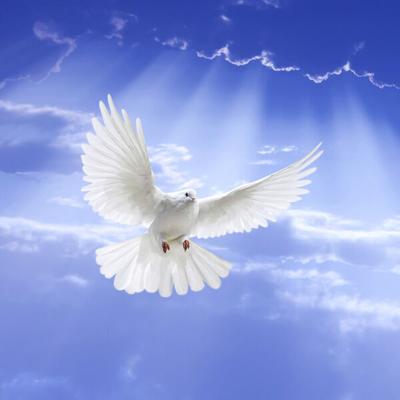 She was born July 20, 1931 at home on the McElroy Farm in the Town of Eagle, N.Y. She was the daughter of the late James A. Roche and Mary L. Maher. Her nickname “Skip” she received from her Uncle David Roche as a child because she reminded him of the “Little Skipper” in the newspaper cartoon character in the 1930’s.

Rose Marie began school at the “Dutton” District -6 and then Eagle Village -10 and lastly she attended the Bliss High School and graduated from Letchworth Central School on June 28, 1948.

She was a Laborer for Champion Products in Perry, N.Y., from 1985-1997. Prior to her employment at Champion Products, she had many other professions over the years in the community. She worked for Perry Knitting Mill in 1948, Lee J. Drennan, Inc. in Arcade in 1949, Citizen’s Central Bank in 1954, Drennan’s/Motorola (which is now Prestolite) in 1955, McKerrow’s Red & White in Bliss in 1970, Bookmiller’s Red & White in Bliss in 1972, and the Town of Eagle, where she served as Town Clerk and Tax Collector from 1972-1984. She also worked as an election inspector for the Wyoming County Board of Elections.

On Nov. 6, 1954, Rose Marie married Carl George at St. Joseph’s Church in Bliss, N.Y. They lived in Bliss, where Rose lived to this day. For the rest of her life, her main employment became the raising of her seven children, Karen (David) Tallman of Silver Springs, Marilyn (Philip) Jordan of Bliss, Gary (Connie Grimsley) George of Bliss, Douglas (Debra Meloche) George of East Aurora, Diane (Tom) O’Dell of Silver Springs, Patricia (George Hellvig) Galley of Bliss and Sandra (Steve) Hoxie of Bliss; in-laws, Norm Vetter and Kathy Kephart; as well as 15 grandchildren, 16 great-grandchildren, and many nieces and nephews.

The home-cooked food, canning fruits and freezing vegetables, baking breads and cookies would lead neighborhood children to come in for a bite or to sneak a cookie. The home was always full of family and friends gathering over coffee and discussion while the children played.

Rose and Carl were married for 16 years when Carl suddenly passed on Feb. 9, 1971, leaving her with seven children to raise on her own, a job and responsibility that she stepped up to with courage and grace. She was supported by many family members and friends, but she held her family together through the growing years and her children are very proud of her and have grown to have families of their own.

Rose Marie was a current member of The New St. Mary’s Church in Arcade and a past member of St. Joseph’s Church in Bliss. She worked on dinners, was a member of the parish council, a secretary and Eucharistic Minister.

Rose was involved in the Town of Eagle Senior Citizens Group and the Wyoming County Office of the Aging and organized senior citizen trips.

In her spare time, she enjoyed bowling occasionally in the league, knitting mittens, scarves, afghans, gardening and was an avid reader. The children remember being sent to the Eagle Free Library and asking the librarian to find some books that their mother hadn’t already read!

These are but a few mentions of a life well lived. All that knew Rose or “Skip,” appreciated her tenacity for life, her willingness to move forward even in difficult times and to continue to give of herself as best she could. She has made a difference in the lives of others often unseen.

Online condolences may be offered at wsdavisfuneralhome.com