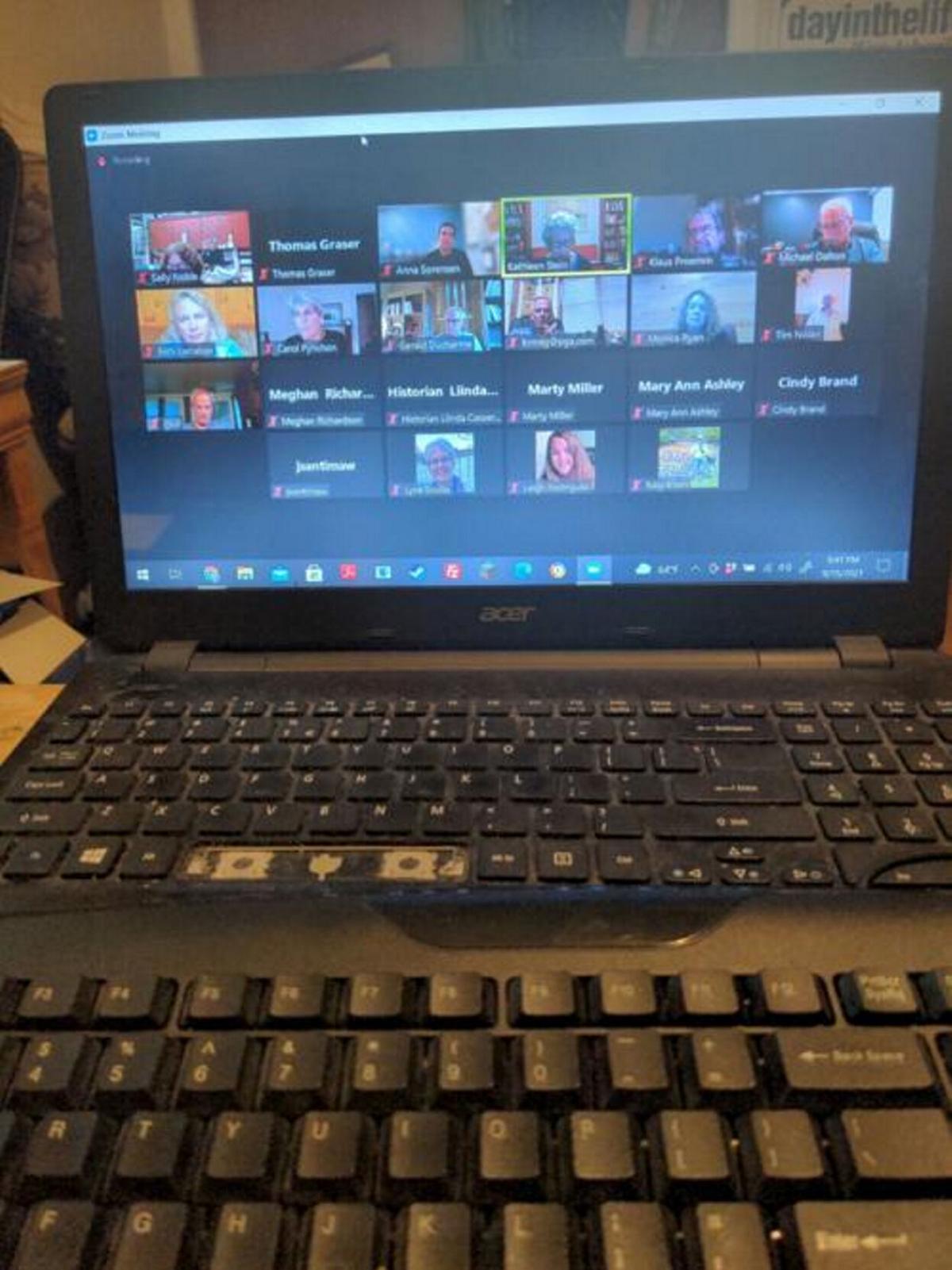 Members of the Canton Village Board of Trustees convene a virtual meeting in September. Tom Graser/Watertown Daily Times 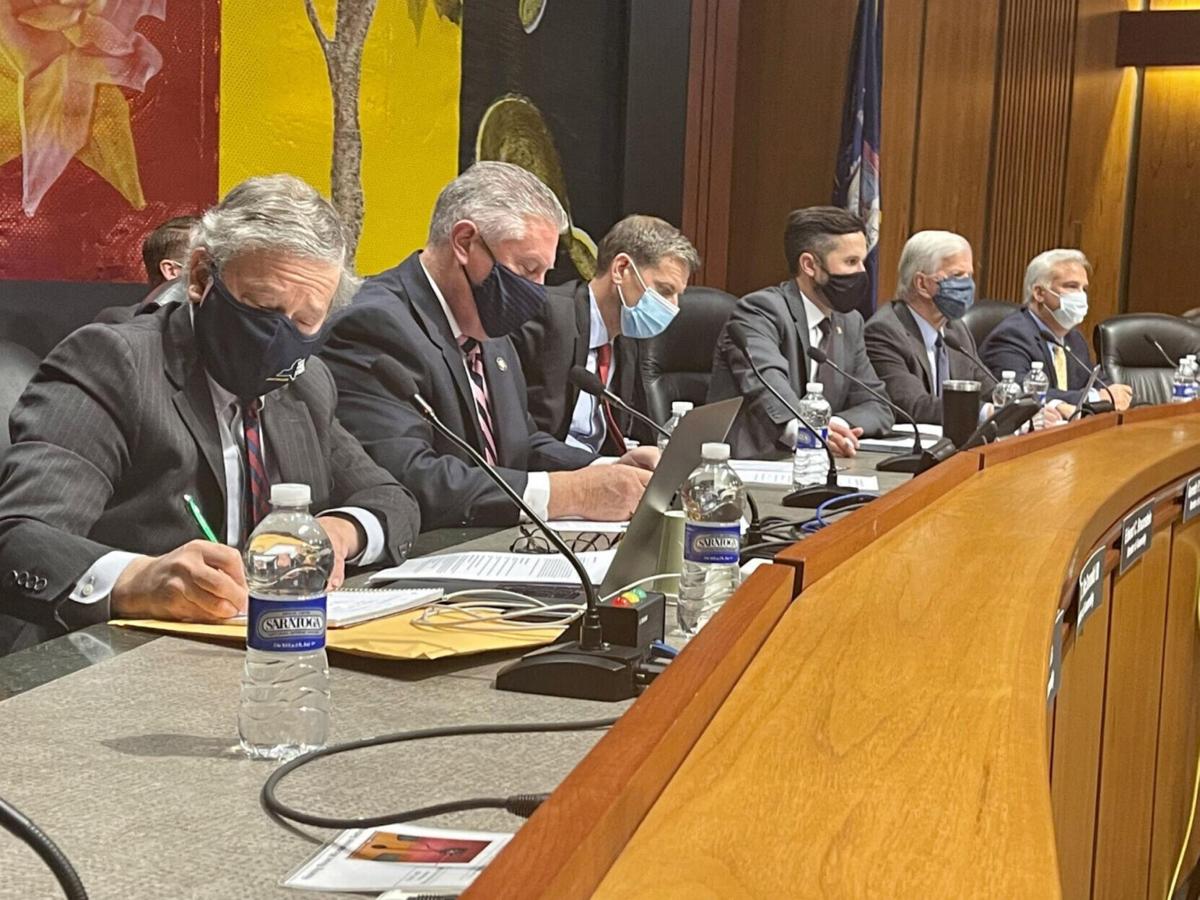 Members of the Canton Village Board of Trustees convene a virtual meeting in September. Tom Graser/Watertown Daily Times

Proponents of open government garnered a small victory recently when Gov. Kathy Hochul signed legislation requiring public bodies to make documents to be discussed at open meetings publicly available at least 24 hours prior to the event.

This will give members of the public a better opportunity to review the materials ahead of time and understand issues being discussed or possibly provide a person with an opportunity to voice concern about an issue with an elected official before action can be taken.

But the larger question of full access to public meetings, and what form that should take, looms as lawmakers consider changes to the state’s Open Meetings Law. Out of necessity brought on by the novel coronavirus pandemic, public bodies have frequently met virtually, sometimes gathering as a body in a forum where the public is not allowed or sometimes fully remote themselves.

A temporary amendment to the Open Meetings Law passed in September allows public bodies to hold municipal meetings via telephone or video conference through Jan. 15 provided meetings are recorded and later transcribed for the public. Legislators are now weighing whether the temporary amendment should be extended beyond Jan. 15, basing that decision largely on coronavirus infection and transmission rates in the months ahead. But there are some legislators who want to make the amendment permanent.

This provision would work well for things such as weather emergencies, where public bodies could still get the work of government taken care of without the risk of anyone having to travel to meet. That’s sensible and good for the elected officials yet not so good for the public that might want to witness its government’s activity in person.

That has caught the attention of members of the New York Coalition for Open Government. Paul Wolf, the group’s president, addressed the state Assembly’s Governmental Operations, Local Governments and Cities committees in Albany on Oct. 25. He raised questions about the public’s ability to participate in government during virtual meetings, noting that some municipalities have accepted public comments from in-person attendees during the pandemic but did not accept virtual comments or questions.

“The clear message was [that] we take public comments as mandated by law. And if we don’t have to, we’re not interested in taking public comments,” Wolf said, according to an Oct. 26 story published by the Watertown Daily Times. “Because we’re clearly able to do it — we did it for a public hearing, but we’re not going to do it for any agenda in general. And I think that’s just a terrible way to conduct public business.”

The Times’s story states that remote meetings allow for increased public participation depending on a resident’s access to high-speed internet, technology or their digital literacy. Virtual attendance, however, also is often hindered by technical difficulties and lost connection, people speaking with their microphone muted — sometimes intentionally by officials. Remote meetings have allowed some officials to evade facing members of the public or reporters with questions about a controversial topic.

Wolf’s coalition, along with the New York News Publishers Association and New York Press Association, are recommending lawmakers adopt a hybrid law before Jan. 15 to allow people to attend meetings in-person and remotely.

“We need to be very aware that there are people who are immune-compromised for whom leaving the house, even with all safety protocols in place, would be too great,” said Diane Kennedy, president of the New York News Publishers Association. “So we need to be sure that those people can participate in government and those people can view what their government does, so I think the hybrid law would be the way to go.”

A hybrid law would make the most sense, providing actual access to elected officials during meetings while allowing the public to monitor their government when they are unable to attend sessions in person. The pandemic has shown this can work and lawmakers should not undo a proven strategy that strengthens public participation in government, allowing for more personal interaction with elected officials and, hopefully, limiting muted asides.