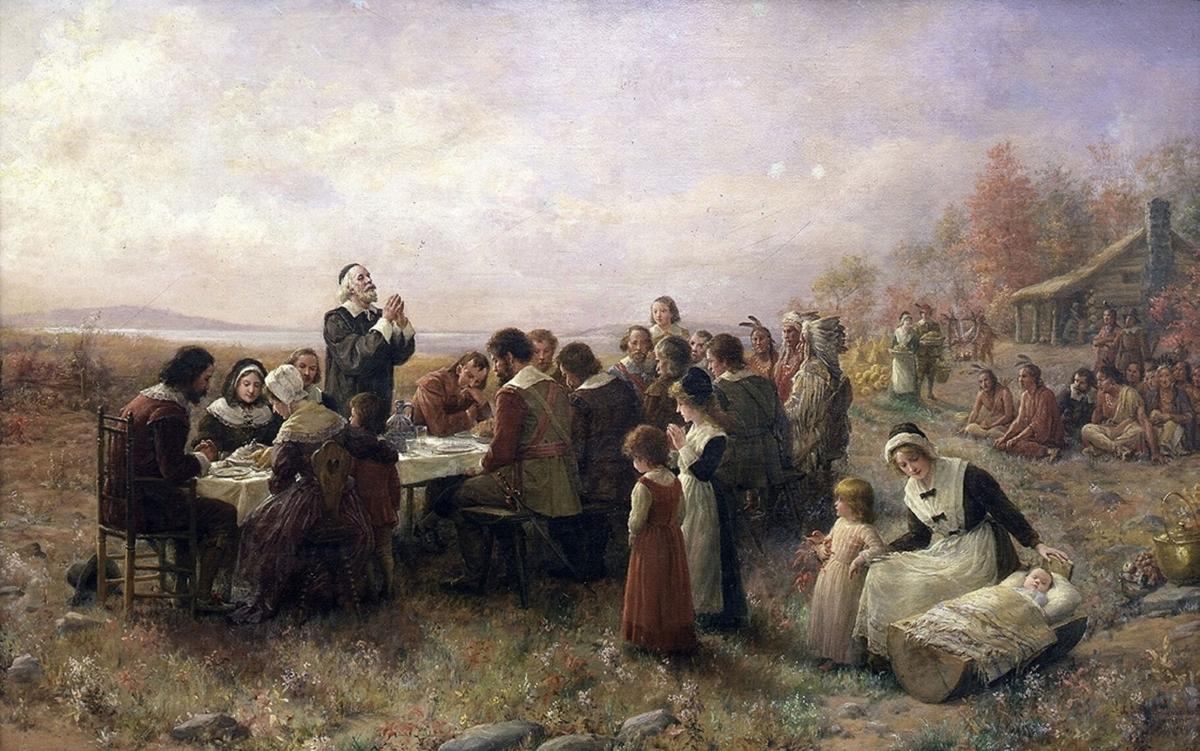 This painting, titled ‘The First Thanksgiving at Plymouth,’ was done in 1914 by Jennie A. Brownscombe. Public domain 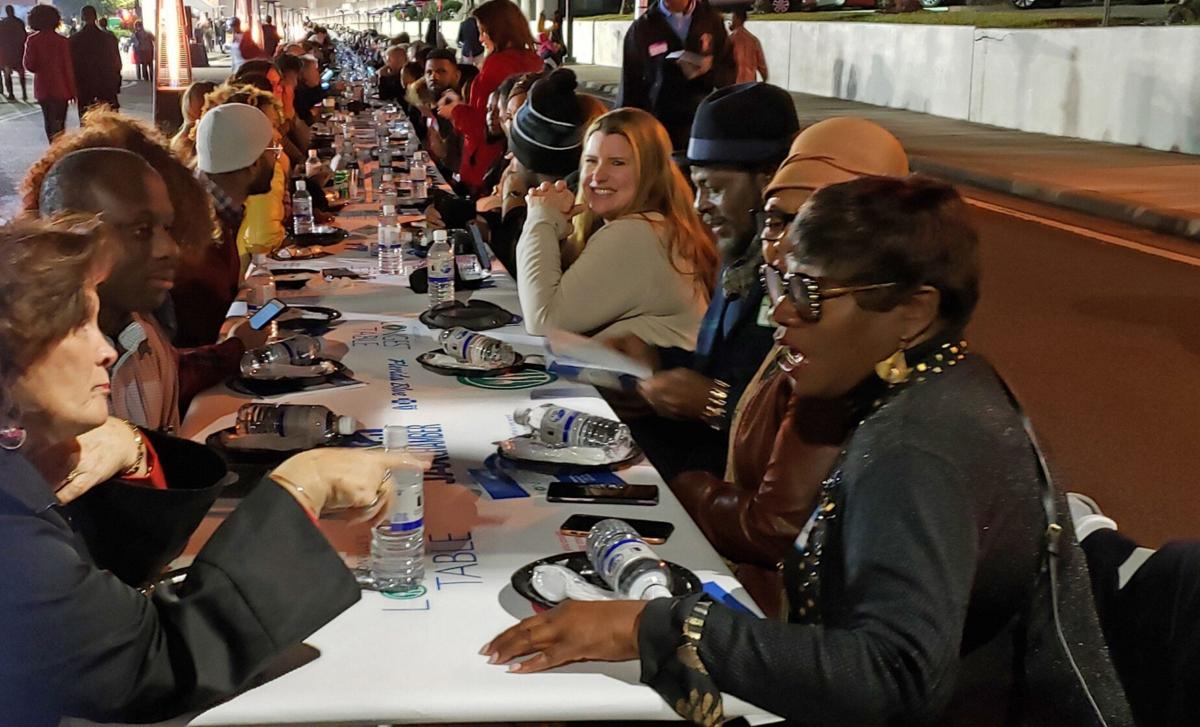 Residents of Jacksonville, Fla., socialize with each other during JAX Chamber’s fourth annual Longest Table, held in 2019 shortly before Thanksgiving. This event is open-air dinner in downtown Jacksonville designed to get people talking, to connect diverse groups and build relationships across economic, racial, religious and ethnic backgrounds. Tribune News Service

This painting, titled ‘The First Thanksgiving at Plymouth,’ was done in 1914 by Jennie A. Brownscombe. Public domain

Residents of Jacksonville, Fla., socialize with each other during JAX Chamber’s fourth annual Longest Table, held in 2019 shortly before Thanksgiving. This event is open-air dinner in downtown Jacksonville designed to get people talking, to connect diverse groups and build relationships across economic, racial, religious and ethnic backgrounds. Tribune News Service

The winter of 1620-21 had been brutal for the English immigrants at Plymouth Colony.

The settlers, known as Puritans, landed at what is now Cape Cod in Massachusetts in December. The indigenous residents of this region, the Wampanoag, were wary of these foreigners and kept watch on them.

Massasoit, leader of the Wampanoag Confederacy, instructed members of his tribe to help the new settlers. Disease had decimated numerous indigenous settlements, and the Wampanoags didn’t know what consequences they would suffer later on if they killed the Puritans. Massasoit believed living in peace was the best option.

The journey endured by the Puritans proved perilous. Many of the 102 passengers became sick.

Illness and starvation resulted in the death of about half of the members of Plymouth Colony that winter. The roughly 50 Puritans left struggled to survive their first year.

The treaty they negotiated with the Wampanoags helped them through the rough times, and it also benefited the indigenous people. The Wampanoags could count on the support of the Puritans if they came under attack from other tribes.

In keeping with an old English tradition, the Puritans wanted to express their gratitude for the harvest they enjoyed in the fall of 1621. They planned a feast, which was attended by about 90 Wampanoags.

This became America’s first holiday, and it has evolved significantly over time. The ritual has its roots in England. People would spend several days in prayer to celebrate a successful fall harvest.

The Puritans held a “thanksgiving” event in July 1623, but this was a day devoted to prayer and fasting. This term eventually became associated with the pilgrims’ fall harvest years later.

Thanksgiving has turned into a cherished American tradition. It is good for us to spend time reflecting on all we have and display our appreciation.

“Every language in the world has a way of saying ‘thank you.’ This is because gratitude is an inherent quality that resides within each human being and is triggered and expressed spontaneously in a variety of different contexts. Gratitude crosses all boundaries — creed, age, vocation, gender and nation — and is emphasized by all the great religious traditions,” according to Angeles Arrien’s book “Living in Gratitude: A Journey that will Change Your Life.”

“Gratitude is essentially the recognition of the unearned increments of value in one’s experience — the acknowledgment of the positive things that come our way that we did not actively work toward or ask for,” she wrote in her book. “The International Encyclopedia of Ethics defines gratitude as ‘the heart’s internal indicator on which the tally of gifts outweighs exchanges,’ a definition that echoes the notion of unearned increments. The connection to the concept of gifts is a natural one. The Latin root of the word gratitude is grata or gratia — a given gift — and from this same root we get our word grace, which means a gift freely given that is unearned.”

Living in gratitude allows us to use these unearned gifts to enrich ourselves and those close to us. The good things carry us through moments where we’re seized by grief or anger, fear or frustration. Enduring the novel coronavirus pandemic for nearly two years has presented us with more anxiety than we need, so let’s focus on what offers us hope.

While we all should strive to live in gratitude every day, we set apart one in particular to express our collective appreciation for what we have. The value of this tradition throughout 400 years has only increased over time.

We wish you all a blessed Thanksgiving.