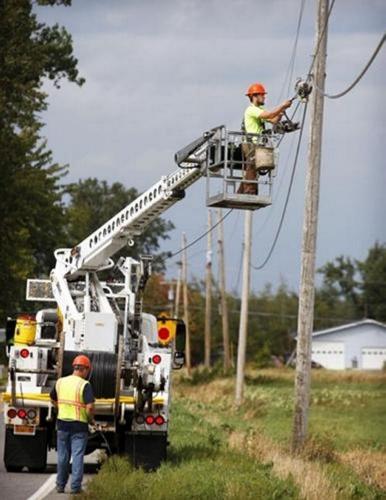 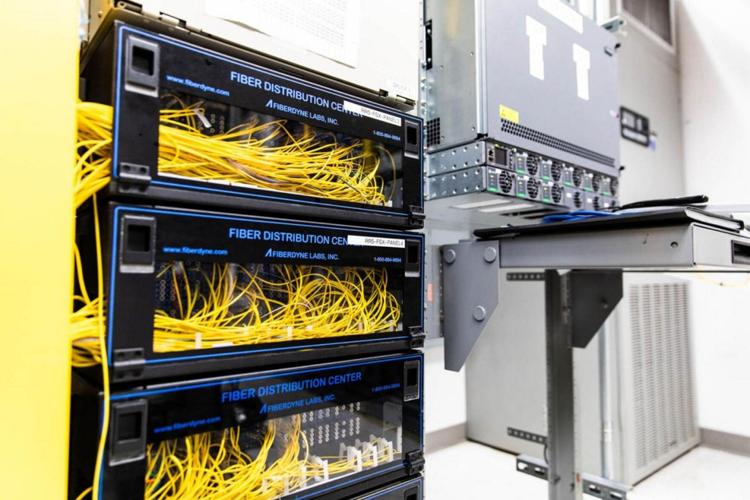 Wires for the fiber optic network in the city of Watertown are displayed in a case inside the Westelcom building in Watertown. Johnson Newspapers

Wires for the fiber optic network in the city of Watertown are displayed in a case inside the Westelcom building in Watertown. Johnson Newspapers

When it comes to high-speed internet in the GLOW region, supply is having a hard time keeping up with demand.

Internet providers have tried to expand broadband technology throughout the region. But they’ve encountered some obstacles that have prevented them from accomplishing their goals.

One problem was a fee the state charged these companies. The firms had to pay a tax for every foot of fiber optic cable they create along state-controlled highways. Oddly enough, this fee was not assessed for phone, sewer or water lines.

Legislators tucked this into the 2019-2020 state budget; it was met with serious opposition. On this page, we repeatedly argued that the tax interfered with the state’s plan to expand high-speed internet and should be repealed immediately.

In her budget proposal this year, Gov. Kathleen C. Hochul called for waiving the fee for work financed by the state. While this approach would help to some extent, it still wasn’t enough. The tax had to be eliminated in its entirety.

Thankfully, lawmakers in Albany finally saw the light. As part of the 2022-2023 state budget, they repealed the tax completely. This will help the effort to ensure every area of the state has access to broadband internet.

“We appreciate the efforts of state lawmakers working with New York State Association of Counties staff in advocating on behalf of counties for the repeal of these unnecessary fees and costs on broadband projects,” said Livingston County Administrator Ian Coyle.

Livingston County is workin with Empire Access on a USDA ReConnect Grant which will expand broadband infrastructure to more than 1,000 unserved and underserved addresses in the county.

“Removal of this burdensom tax,” Coyle said, “will save county taxpayers approximately $50,000 per year.”

The state Department of Transportation started charging fees to fiber optic line installers who build lines in a state-controlled highway right of way after the 2019-20 state budget contained language that enacted a right of way tax or use and occupancy fee. The DOT had required installers to enter annual fee-bearing permits to charge corporations per foot, per cable, for fiber optic lines they own.

The Development Authority of the North Country, for example, must pay about $2,000 per mile of fiber that it has installed. The fee totals $1.6 million for the 830 miles of fiber DANC owns along state DOT routes. This accounts for a quarter of the DANC fiber network’s annual projected revenue, according to an Oct. 14, 2021, story in the Watertown Daily Times.

Now that the fee has been repealed, internet providers need to enhance measures to expand high-speed internet.

The state laid out an ambitious plan for seeing more people, particularly those in rural areas, get broadband internet. Companies have the mandate to carry on with this work, and now they no longer need to worry about the excessive costs imposed on them by this tax. The state has also instituted new grant programs that call for a total investment for broadband initiatives of $1.445 billion, including $1.145 billion in federal funds.

The novel coronavirus pandemic that began two years ago resulted in an even greater reliance upon the internet. The need to observe safety protocols led to increased use of these services. People shopped for groceries online; their children received classroom instructions via the internet; and individuals made use of telehealth services.

We applaud everyone who worked to have this tax repealed. It shows that grass-roots activism is alive and well, a fact that offers all of us a much brighter future.