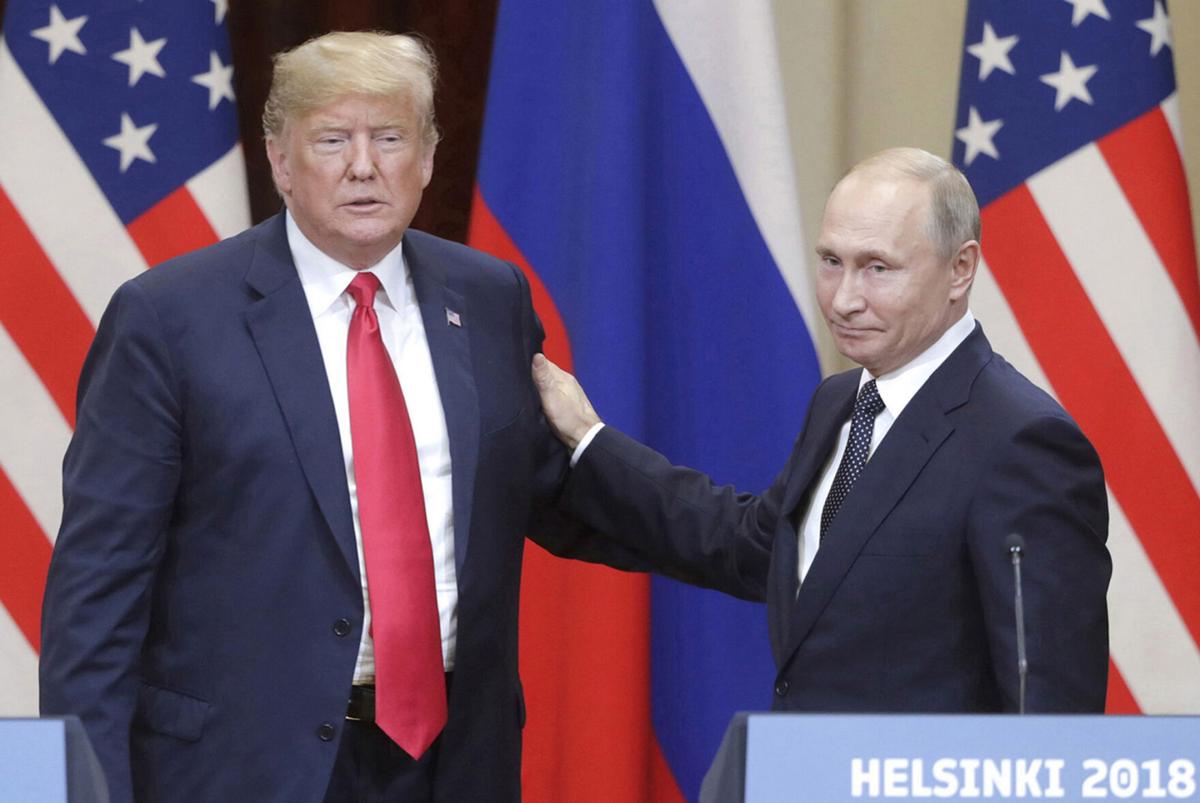 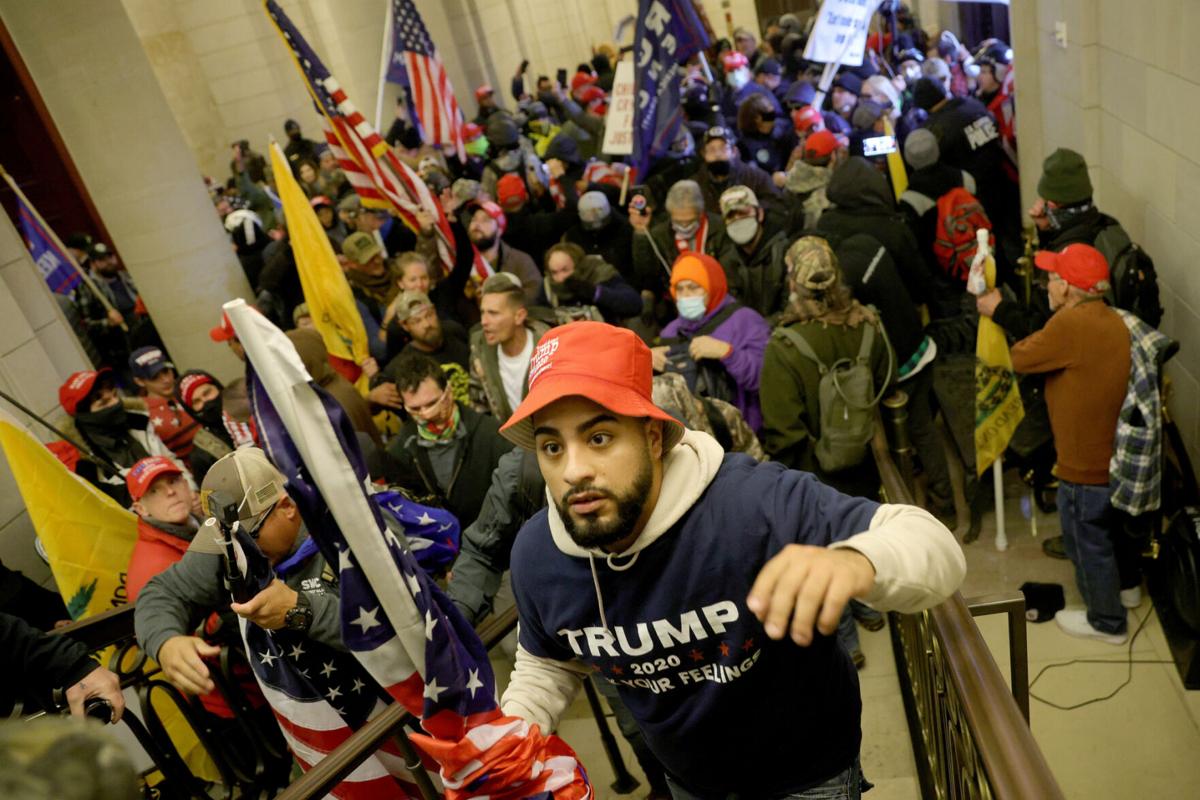 Given his reckless conduct that contributed to an attempt to overthrow the U.S. government, many Americans believe Donald Trump should have been removed from office before his term expired Jan. 20.

Before the Nov. 3 general election, Trump laid the foundation of doubt in the democratic process among his numerous supporters. He initially refused to state that he would accept the results of the vote and willingly participate in a peaceful transition of power if he lost. He also repeatedly said that the only way he would lose is if the election was rigged against him.

As expected, Trump lost the presidential race to Joe Biden. And also as expected, he fought tooth and nail against the inevitable end of his time in the White House.

He conjured lie upon lie about widespread election fraud. He and his allies filed numerous lawsuits to overturn the election in various states; virtually all of them were tossed out for lack of evidence. Trump even pressured — and some say threatened — election officials in Georgia to find a way to declare him the winner of the election there.

All of his efforts failed. His supporters organized a rally in Washington, D.C., on Jan. 6 as members of Congress certified the official votes of the Electoral College declaring Biden the winner.

Many of them marched to the U.S. Capitol to demonstrate their anger at what was going on. Then in an unprecedented move, some of them stormed the Capitol in an attempt to capture people inside and disrupt the proceedings.

The seizure was thwarted, but not before deaths had occurred. Five people were killed as a result of the violence, including U.S. Capitol Police Officer Brian Sicknick. And two other officers with the department who responded to the attack, Howard Liebengood and Jeffrey Smith, have since committed suicide.

Trump spent his tenure in office feeding his followers numerous lies and absurd conspiracy theories. After the election, he persuaded them that the election was stolen and our nation would be severely affected as a consequence. Many of them acted on his falsehoods by trying to usurp a legitimate congressional process and install their own leader.

Members of the U.S. House of Representatives voted Jan. 13 to impeach Trump for inciting an insurrection. Reviewing his involvement in this tragic event, this response was justified.

U.S. Rep. John Katko of Camillus was the only Republican from the New York state congressional delegation, and one of only 10 GOP House members, to vote to impeach Trump. U.S. Rep. Elise Stefanik of Schuylerville maintained her loyalty to Trump by voting against the measure.

A conviction in the U.S. Senate could result in Trump’s being barred from ever holding federal office again. If he’s subjected to no other penalty for his part in this dreadful incident, obstructing any future campaign would be good.

However, a conviction appears to be a long shot. Last week, 45 of 50 Republican senators expressed their doubts in the constitutionality of holding a trial of a former president. This was a definite sign that convicting Trump in the Senate won’t likely happen.

Republican Sen. Susan Collins of Maine and Democratic Sen. Tim Kaine of Virginia have been discussing an alternative with their colleagues. They’ve proposed that the Senate vote to censure Trump and implement a provision of the 14th Amendment that would bar him from ever holding office again.

It would take 67 votes in the Senate to convict Trump in a trial. This means that 17 Republican senators would need to join all 50 Democratic senators to uphold the impeachment.

A vote to censure, however, would merely require a simple majority. There are enough Republican senators to ensure this result.

Republicans in the Senate could threaten a veto of a censure vote, so supporters of this plan need to persuade the GOP leadership to thwart this possibility. Many Republican senators may not have the backbone to convict Trump, but they shouldn’t stand in the way of their chamber voting to censure him.

This will be a huge test for U.S. Sen. Charles Schumer, D-N.Y., in his new role of Senate majority leader. He stated categorically that an impeachment trial will commence and the evidence against Trump will be presented.

There’s no argument that this shouldn’t occur. But the reality is that too few Republican senators are willing to convict Trump no matter what the evidence brought to light during the trial shows.

And even if the Senate defies odds and convicts Trump, the former president will most likely file a lawsuit to contest the trial’s constitutionality. There is precedent for holding impeachment trials of former government officers. But the question of trying a former president has never been tested before the U.S. Supreme Court, so it’s uncertain how this would turn out.

A vote to censure and invoke the 14th Amendment is a good alternative. It would undoubtedly pass in the Senate, and Congress would officially condemn Trump’s involvement in the insurrection. Federal legislators should work together to advance this proposal.