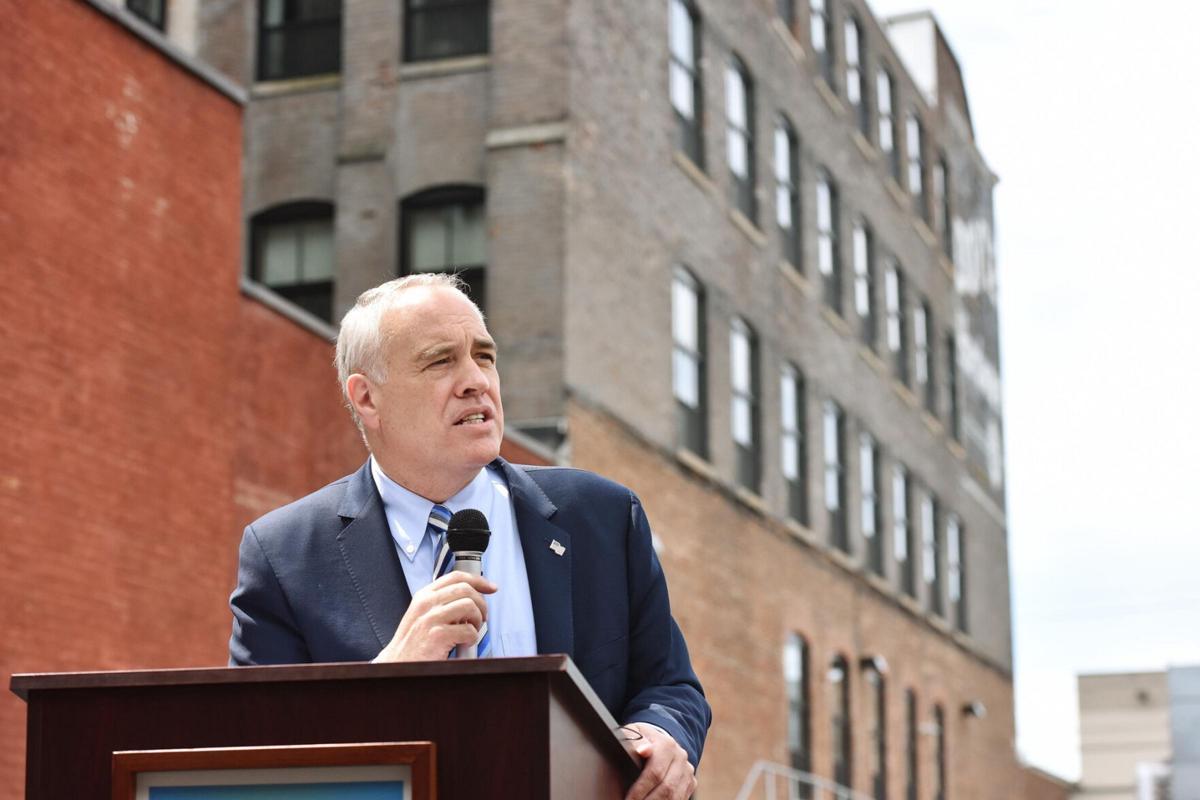 State Comptroller Thomas P. DiNapoli recently released the results of audits showing that New York paid about $706 million more than it should have for its Medicaid program. Sarah Condon/Observer-Dispatch/Tribune News Service 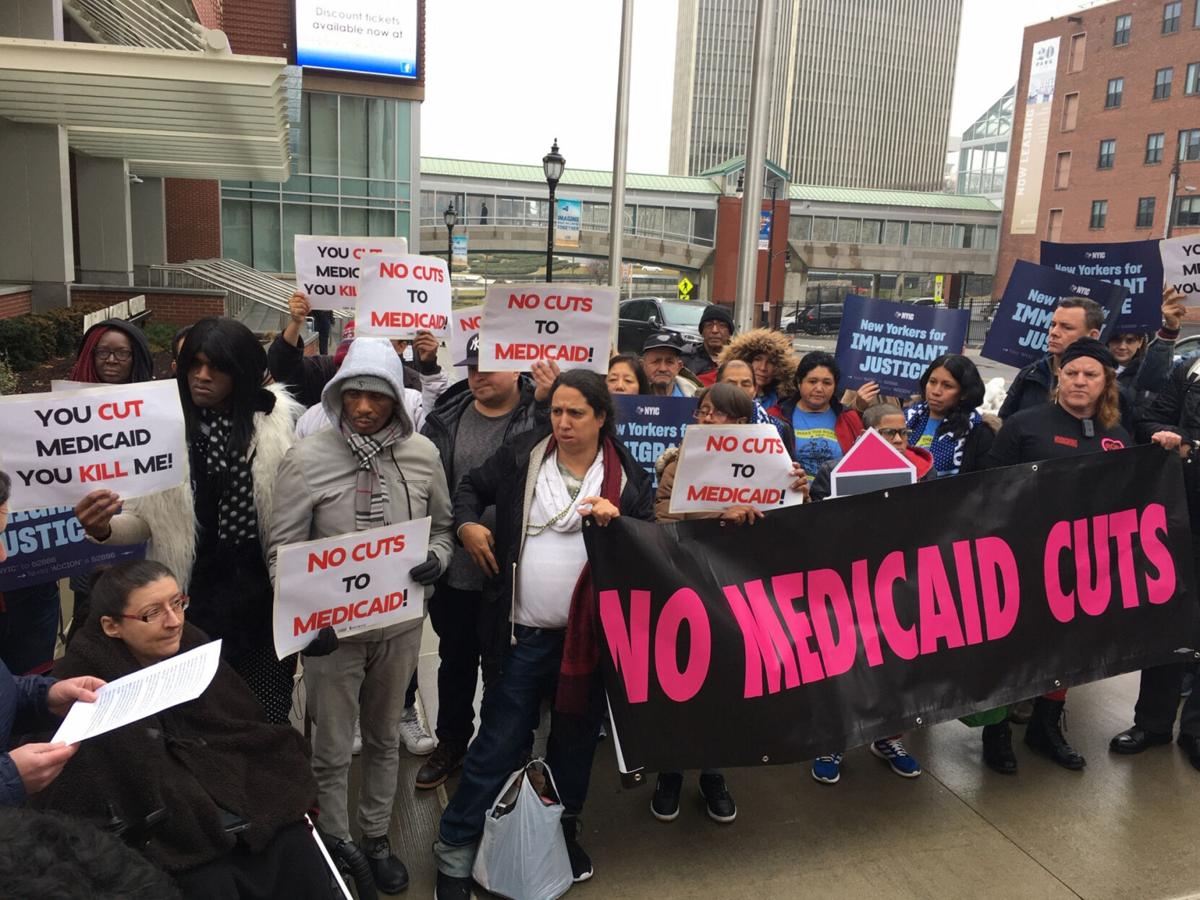 State Comptroller Thomas P. DiNapoli recently released the results of audits showing that New York paid about $706 million more than it should have for its Medicaid program. Sarah Condon/Observer-Dispatch/Tribune News Service

New York health officials object to the findings of the state comptroller regarding overpayments made to a major social service program.

Last week, Comptroller Thomas P. DiNapoli released the results of five audits conducted by staff members of the state Department of Health’s Medicaid program. The audits revealed the state made about $706 million “in unnecessary, improper or questionable payments” to Medicaid, according to a news release issued Sept. 21 by Mr. DiNapoli’s office.

“The state is facing budget gaps of billions of dollars because of the COVID-19 crisis and needs to find cost savings wherever it can,” Mr. DiNapoli said in the news release. “Hundreds of millions of dollars could be saved with better financial and management controls over the state’s Medicaid program. In recent years, my auditors have identified billions of dollars in waste in the program. Our oversight of the program will continue in earnest as DOH can do much more to save taxpayer dollars.”

Medicaid enrollment among New Yorkers has skyrocketed over the past decade. It expanded once Congress passed the Patient Protection and Affordable Care Act in 2010. More than one-third of all state residents receive health care services through this program.

“The state’s Medicaid program provides health care to low-income New Yorkers or those with special health needs who [receive] federal, state and local funding,” according to a story published Sept. 21 by the Watertown Daily Times. “The state Medicaid program had roughly 7.3 million recipients for the fiscal year ended March 31, 2019, when Medicaid claim costs totaled about $67.4 billion. The DOH pays health care providers for Medicaid pharmacy services directly for each dispensed drug, or fee-for-service; or through managed care, where the department contracts with managed care organizations to pay providers, according to the comptroller’s office.

“The comptroller criticized state health officials for failing to establish sufficient oversight and control with managed care payments, which led to the unnecessary payments. The department has worked to ensure efficient and cost-effective pharmacy services for New Yorkers dependent on Medicaid with the FFS model, according to DiNapoli’s office,” the article reported. “Auditors found DOH missed opportunities to lower costs on pharmacy services delivered through Medicaid managed care because officials did not ensure the use of the lowest net cost drugs, according to the comptroller. Auditors estimate $605 million was spent in unnecessary drug costs from Jan. 1, 2016, through Dec. 31, 2019.”

However, state health authorities said the comptroller’s audits are misleading.

“State health officials say audits of New York’s Medicaid program showing over $700 million in unnecessary payments are misleading and do not reflect the impact of reforms implemented earlier this year to slow growth in costs,” according to a story published Sept. 22 by the Times Union in Albany. “[H]ealth officials argue New York already took action regarding cost overruns for the program through the second iteration of the Medicaid Redesign Team, which offered several recommendations to rein in costs as the state went into budget discussions earlier this year to reconcile a $6 billion deficit largely attributed to Medicaid spending and deferred payments.”

“These audits contain a mix of misinformation about Medicaid, suggest potential savings based on past purchases already addressed and recommend that we implement corrective actions that are already underway, including through the ongoing (Medicaid Redesign Team) process,” Jonah Bruno, spokesman for the DOH, said in an email to the Times Union. “Sending out a single press release with five audits does not strengthen the individual findings of any, but it does create a splashy headline.”

While it would be nice to believe that Mr. Bruno’s assertions are accurate, we must take them with a grain of salt. The work carried out by the state comptroller’s office under Mr. DiNapoli has always been very meticulous and carefully reviewed.

The state’s Medicaid program has long been plagued with abuses and mismanagement. DOH officials need to go back and make sure they have the proper safeguards in place to prevent millions of dollars from being squandered.