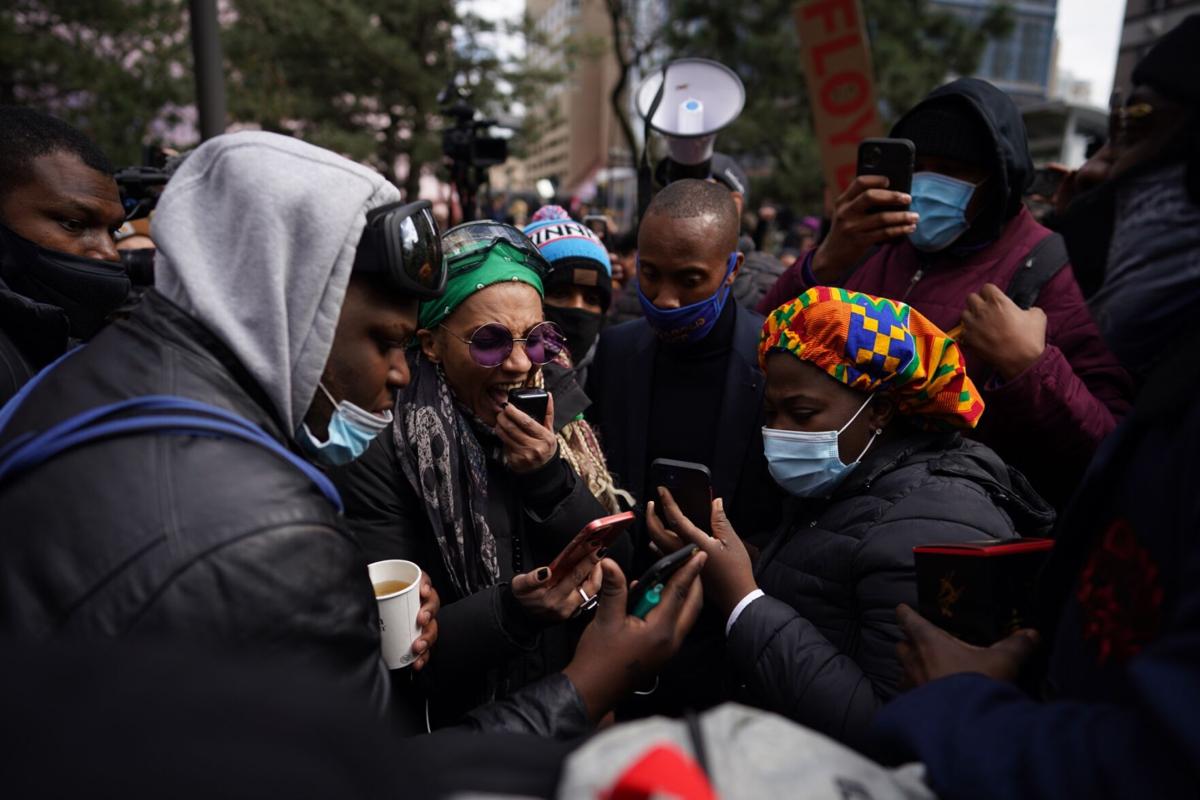 People react as they hear the news of a guilty verdict in the trial of former Minneapolis police Officer Derek Chauvin in the killing of George Floyd on Tuesday afternoon, April 20, 2021, at the Hennepin County Government Center in Minnesota. (Jeff Wheeler/Minneapolis Star Tribune/TNS) 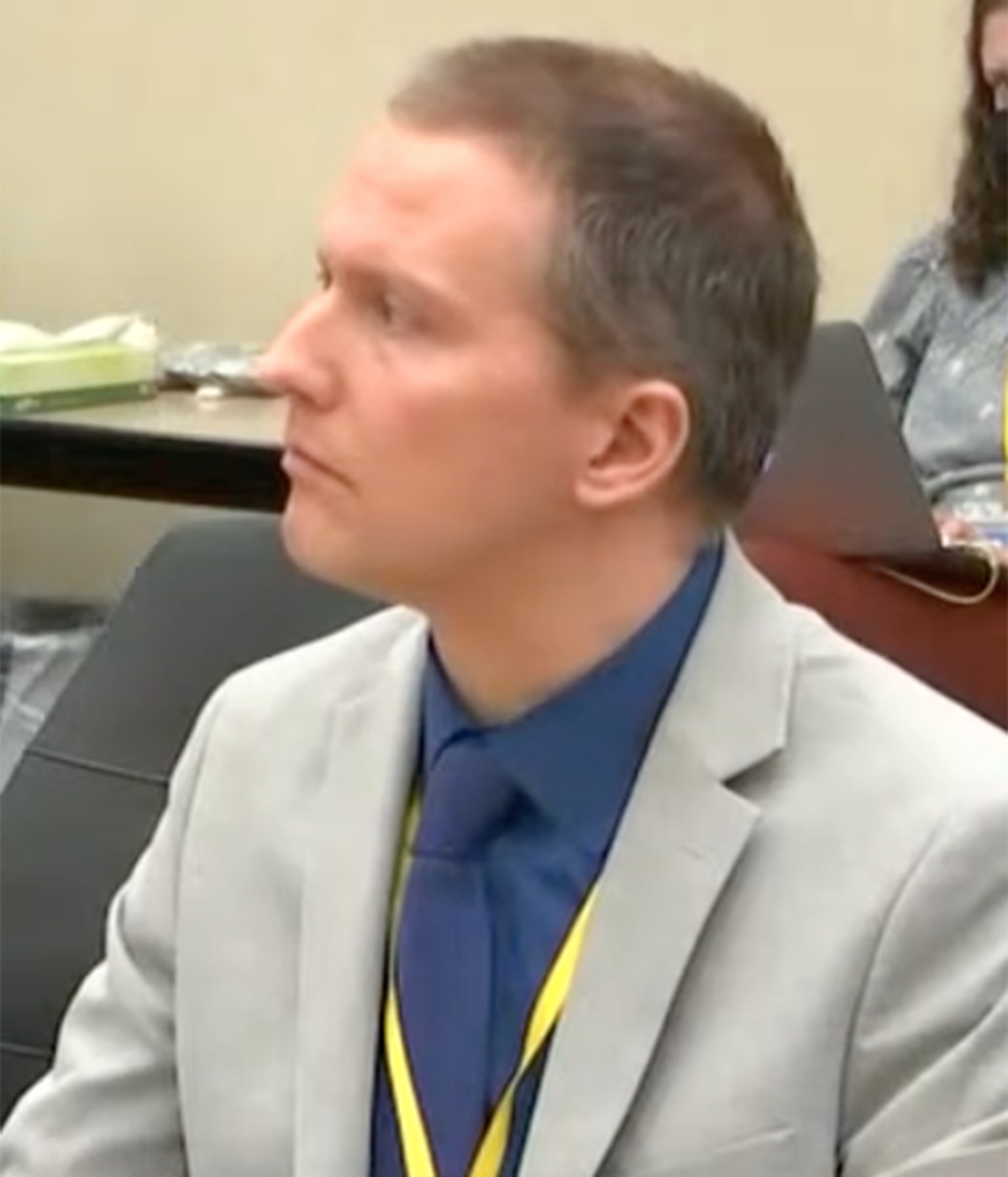 People react as they hear the news of a guilty verdict in the trial of former Minneapolis police Officer Derek Chauvin in the killing of George Floyd on Tuesday afternoon, April 20, 2021, at the Hennepin County Government Center in Minnesota. (Jeff Wheeler/Minneapolis Star Tribune/TNS)

The following editorial was written by the Tampa Bay Times Editorial Board:

Long before the jury found Derek Chauvin guilty Tuesday, millions of Americans had already rendered their verdicts — on the culpability of the former Minneapolis police officer for the death of George Floyd, on the inability of the world’s foremost democracy to safeguard its Black citizens from those sworn to protect them, and on the larger failures of a social order that is riven by race, inequality and remorselessness.

In that sense, Chauvin’s guilty verdict is as much an outlier as a deserving dose of justice and reason for hope. It doesn’t even the score, or bring Floyd back, or wipe the memory of teenagers who witnessed a police officer drain the life from the 46-year-old Black man on May 25. It may not even be enough to spark a meaningful groundswell toward reforming law enforcement. But the trial did provide some lessons — about the power private citizens have to make police officers accountable, of the awesome impact that fair minded prosecutors can have on righting the nation’s conscience and of the high hurdles America still faces in reforming a justice system that churns out victims in its application of law and order.

The power of us all. The trial started with powerful, heartbreaking testimony from eyewitnesses who expressed remorse from feeling powerless at the scene. In hindsight, these citizens were the bedrock of the state’s case, providing video and first-hand accounts of how Chauvin, who is white, pinned his knee against Floyd’s neck for more than nine minutes, ignoring his cries that he was unable to breathe. Darnella Frazier, who was 17 at the time, recorded the video, which became a key basis of the prosecution’s evidence, and which soon after sparked global protests against racial inequality and police violence. These eyewitnesses saw a wrong, did something about it and made their community safer as a result.

Where there’s a will. Many protests carried out last summer in the aftermath of Floyd’s killing singled out the police. But police departments are only one element of law enforcement. Minnesota moved quickly and assertively to prosecute Chauvin. State and local prosecutors formed a team with outside attorneys to handle the prosecution, and what unfolded was a sharp, unsparing case that showed no hesitation to take on a former police officer. And the blue wall of silence didn’t hold; Minneapolis Police Chief Medaria Arradondo and other senior officers faulted Chauvin’s use of force in what amounted to a rare condemnation from the inside. The prosecutors’ case sent a strong message about police conduct, training and accountability.

The road blocks ahead. But even as the trial was taking place, Americans were reminded how far they have to go. Only miles from the courtroom, a Minnesota police officer fatally shot a Black man this month after police officials said she mistakenly confused her gun for her Taser. In Florida this week, Gov. Ron DeSantis signed a so-called riot bill into law that immediately enhances criminal penalties for crimes committed during protests that turn violent. The measure was conceived in bad faith in the wake of anti-police brutality protests nationwide that followed Floyd’s killing. Polk County’s showboating sheriff, Grady Judd, said the law would protect Florida against the unrest seen elsewhere, such as in cities and states run by Democrats. “Don’t register to vote and vote the stupid way you did up north,” Judd warned, “or you will get what they got.”

Minnesota did the nation a service by holding Chauvin’s trial in a timely manner. But it remains to be seen how the sprinkle of promises to reform policing will play out across the nation. In the Tampa Bay area, the biggest achievement last year was managing the flash points, and even some of those police mishandled. Floyd’s death and Chauvin’s trial once again revealed the long road ahead, and the deep-seated distrust and anxiety Black Americans struggle with in their own communities. Leveling that playing field requires action across the board — in the heat of the moment, in the privacy of the voting booth — and continuing to raise expectations from a criminal justice system that is far from blind.