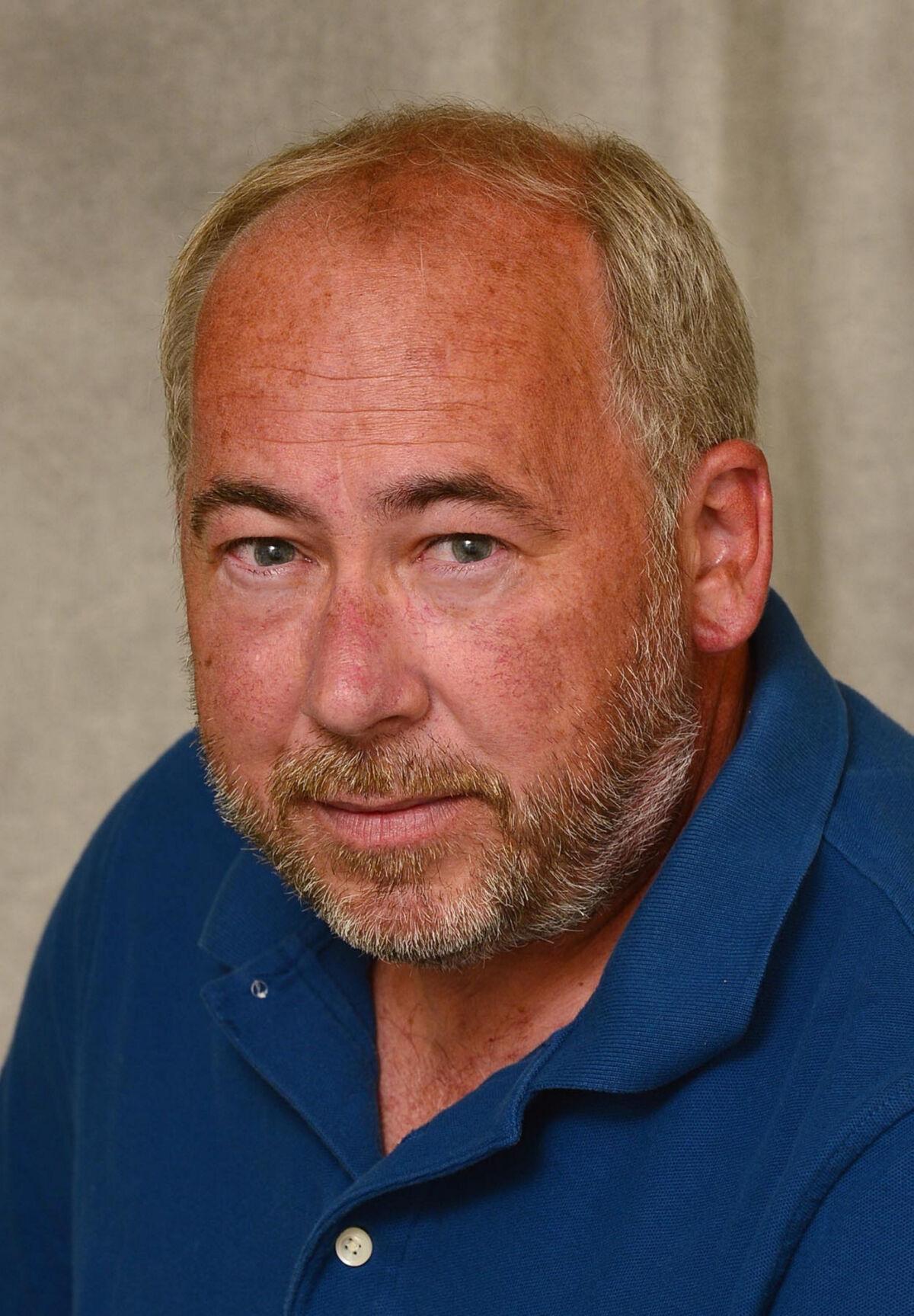 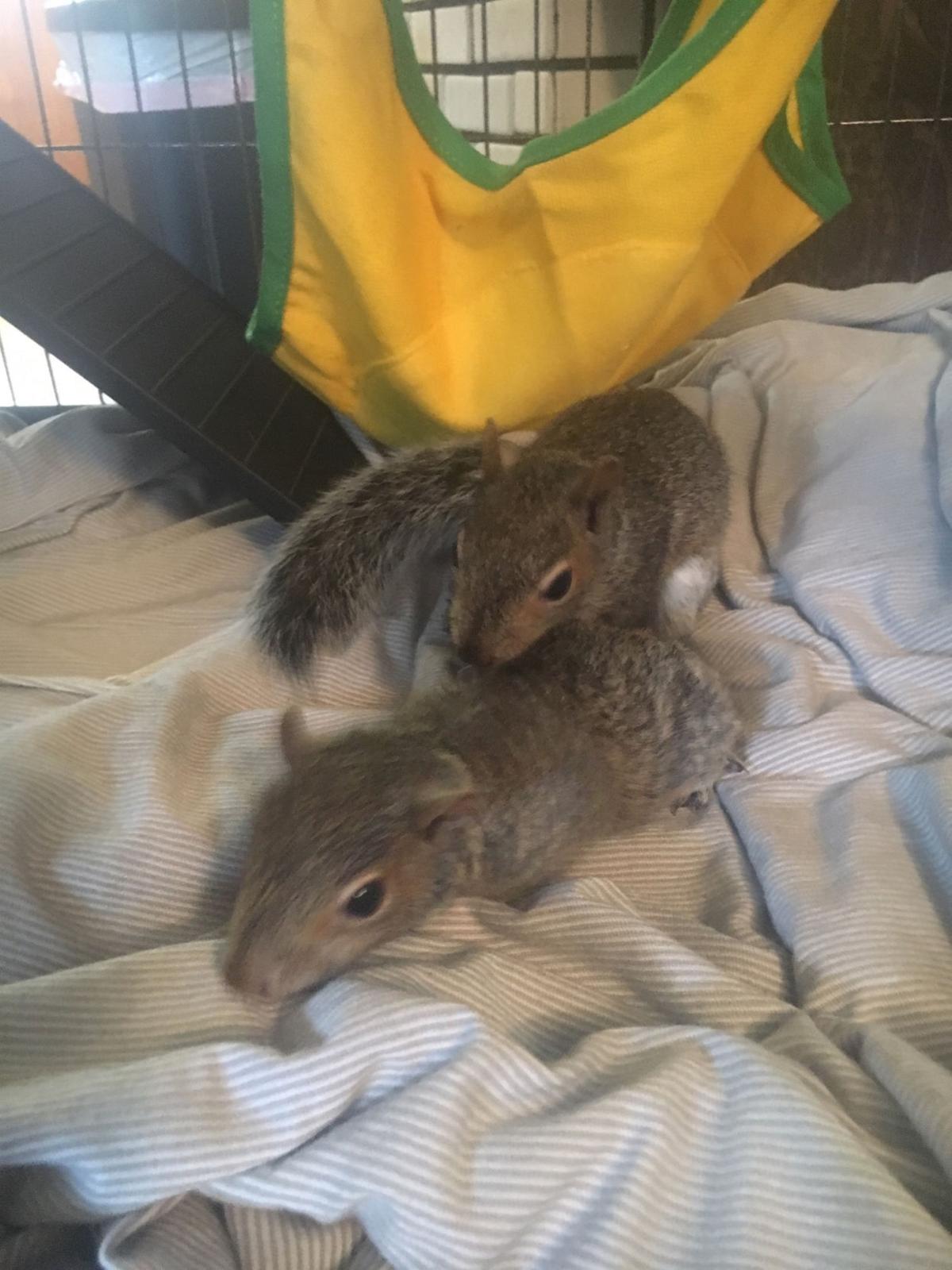 Two young squirrels, Coco and Peanut, that were rehabilitated after being injured.

Two young squirrels, Coco and Peanut, that were rehabilitated after being injured.

A few things until I decide whether I want to write about politics ever again ...

n I had a request for a squirrel update.

For those of you who don’t know, I raised two baby squirrels last year after my cartoon dog, Rosie, found them in the yard on consecutive days in April.

One, Coco, had a broken paw. The other was 99 percent dead.

The rehab was successful and on Father’s Day 2020 I released them to the wild.

They have visited me quite often ever since, although one, Peanut I think, seldom comes around anymore.

He might be dead or, I’m hoping, just a bit too wild for handouts.

Coco I see on occasion and on Father’s Day this year, he made a surprise visit.

This week he came again, scamping up the porch steps and peaking over the top one to see if I was alone on the porch. I was. Rosie was inside sleeping.

He climbed on top the railing and stared at me until I got up and got a cup full of food.

A good way to start the morning.

n Jenna, my 11-year-old daughter, ran up to me in the kitchen. We were on our way to a baseball game and she was in uniform.

She yanked my shirt and pulled me close to her.

I caught a slight whiff of perfume but we were running late and I ignored it.

She asked me again at the game.

I still didn’t get it.

Then, after she was pulled in the fourth, she ran up to me in the dugout, grabbed me by the shoulders and pulled me close.

“Hold still,” she said. “I wanna look in your glasses.”

“Jenna! Knock it off. What are you doing.” “I wanna see how my hair looks,” she said. “And you still got paint on your glasses.”

Still, I didn’t get it. Until later that night when I noticed the perfume and makeup kit in the bathroom.

AHA! Jenna has a crush.

n I watched a clip of a Major League game where pitcher Hector Santiago became the first to be ejected for “failing sticky substances check.”

Yes, baseball is once again cracking down on foreign substances, which pitchers have used for generations to get better spin and sink and whatever.

The game announcers took Santiago’s ejection way too serious. “As you can see, the authenticator is putting it (Santiago’s glove) away. It will be hermetically sealed and then they will take a look at it,” the announcer says as the glove is placed in a white garbage bag.

“We have the full chain of custody right in front of us here,” the other announcer says. “We’ve seen that the glove was transferred from Santiago to the umpires, the umpires to the authenticator.”

“Peculiar parasitic fungi discovered growing out of the rectum of a 50 million-year old fossilized ant.”

That was a headline that grabbed my attention.

Scientists did, indeed, find an ant with a mushroom growing out of its butt.

“These types of discoveries are extremely rare,” said George Poinar Jr., an entomologist.

I certainly hope so.

It appears this fungi takes over the mind of its host, in this case a carpenter ant, and forces the ant to bite into plants that contain other ants’ eggs.

I don’t know about you, but I am scheduling a colonoscopy immediately.