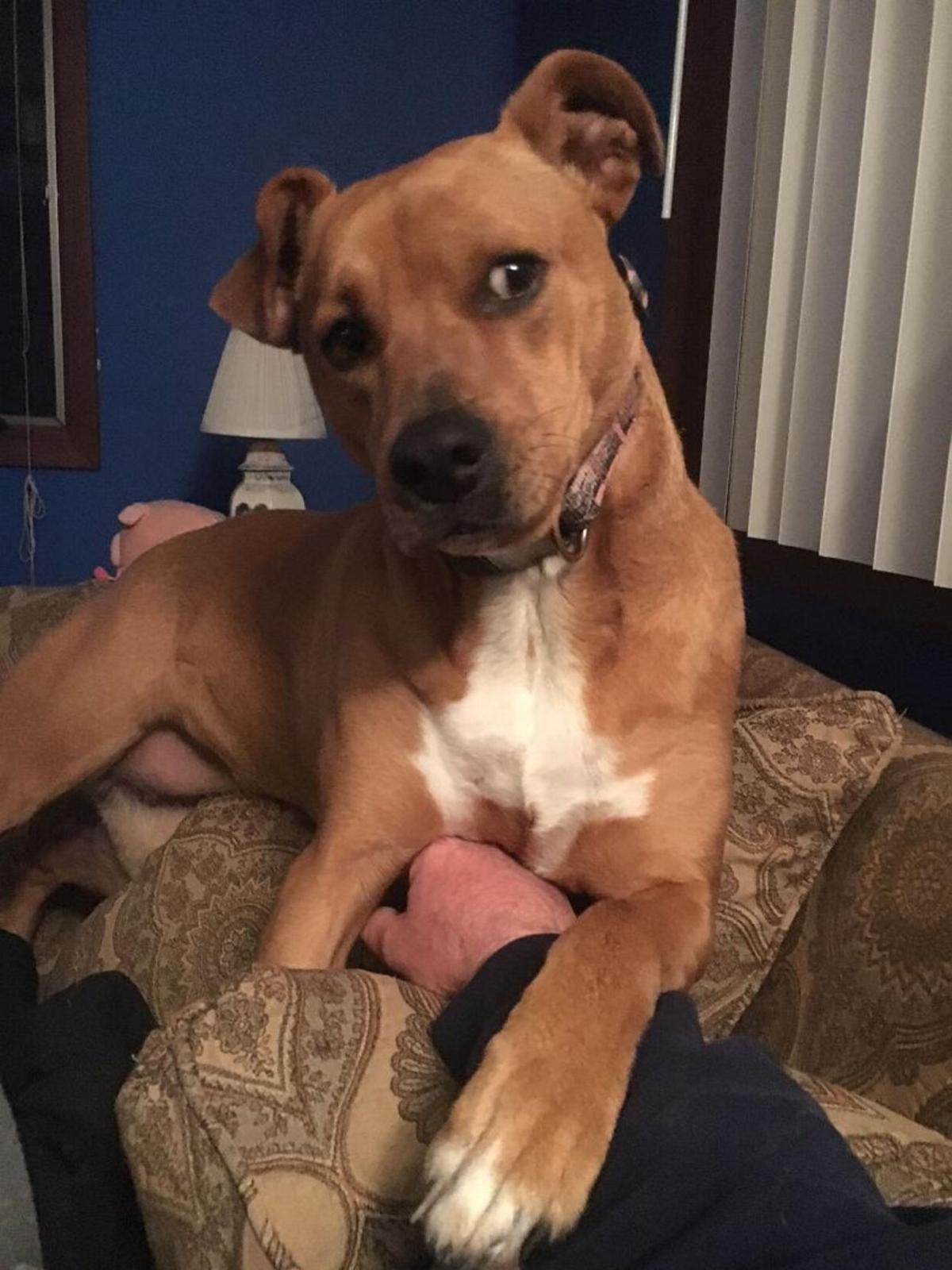 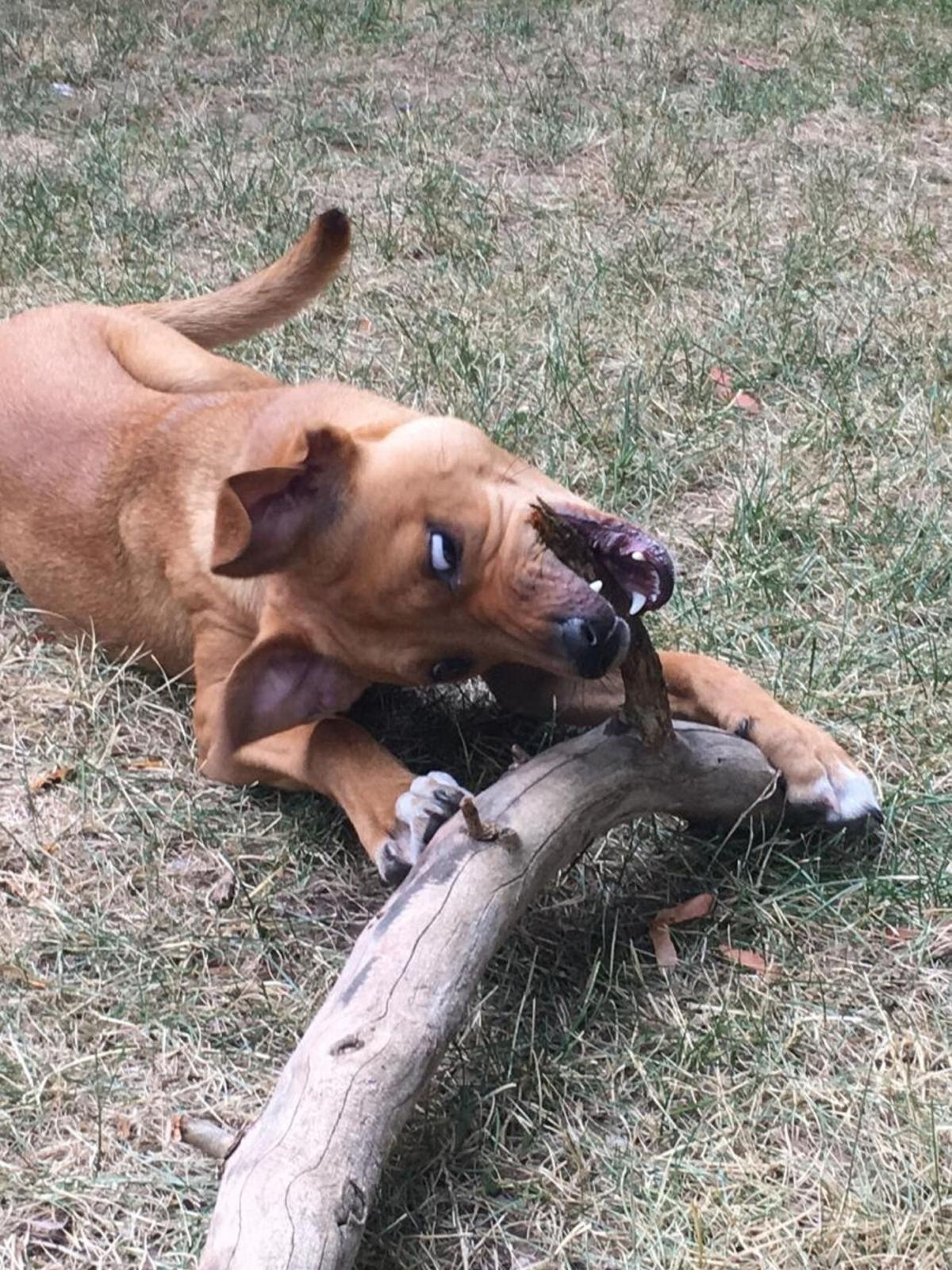 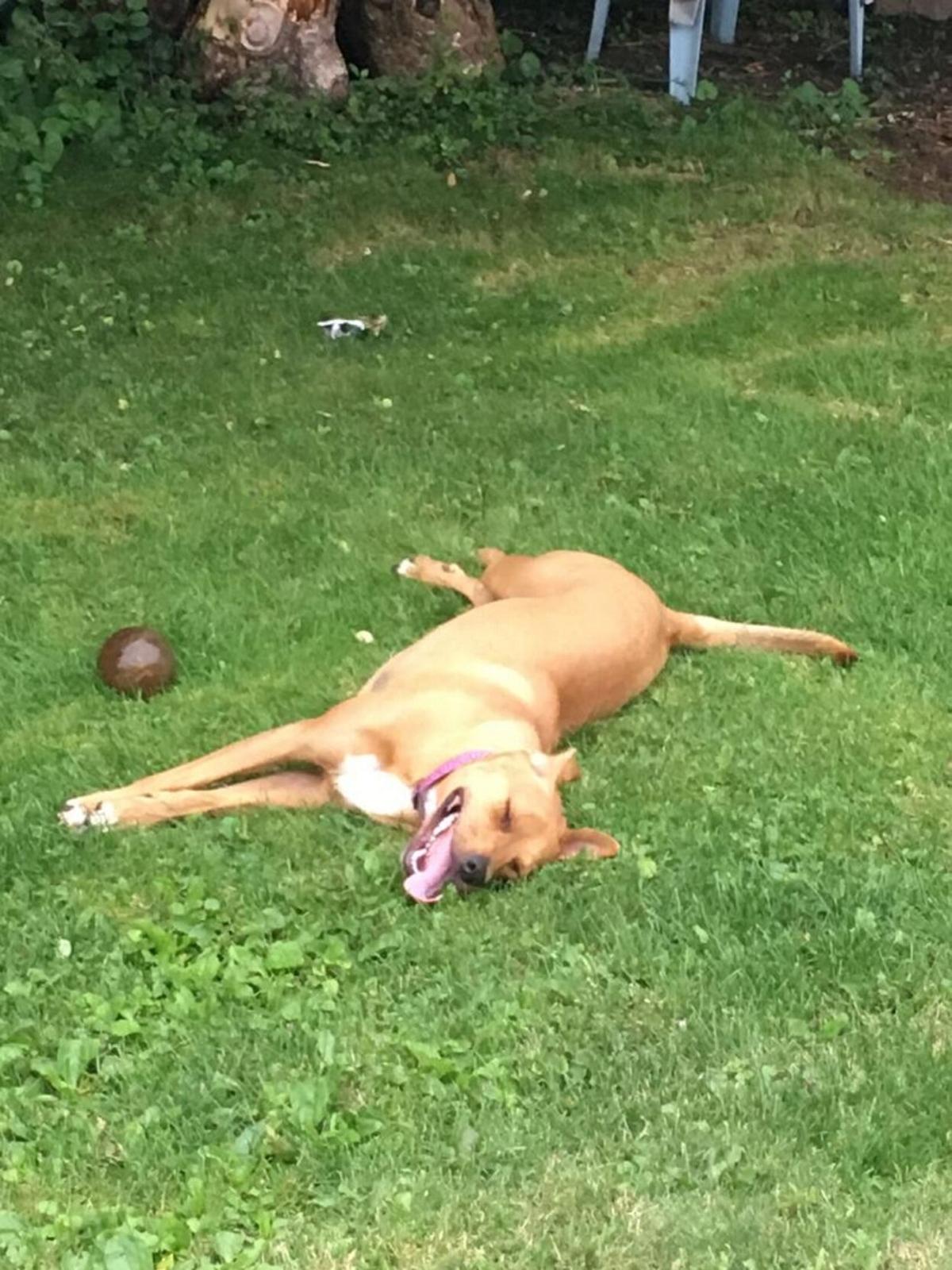 I was sitting by the fire one night about five years ago, throwing sticks to Rosie.

Rosie was about eight months old and quite addicted to chasing sticks and balls.

I would throw and she would fetch, quick as a bullet.

Then she would circle me about five times and set the stick down at my feet, back up and coil waiting for me to pick it up and throw it.

(Mind you, it took all of two minutes to teach her how to play fetch. Something was wrong with this dog.)

More often than not, I would bend down to grab the stick and Rosie would uncoil and strike and the stick would be whisked from my grasp.

Rosie would proudly prance and then pace frantically and circle and whine before dropping it back at my feet.

Sometimes she does this two, three or four times before I’m “allowed” to touch her stick.

On this night about five years ago I was living in Batavia and had a fire below the hill behind the house. The bottom of the hill backs up to a small stream and patches of woods, with a fence in between.

A lot of wildlife beyond that fence.

Anyway, on this night, Rosie for the 147th time brought me her stick and dropped it at my feet. This time, I could tell she wasn’t going to let me have it on the first try so I swooped down as fast as I possibly could and grabbed one end of the stick.

At the same moment Rosie’s canines were burying themselves into the other end of the stick.

Now, I’m much stronger than Rosie. I have “Old Man” strength in my arms. I was not going to give up this stick.

For once, I would throw the stick on MY terms.

I underestimated the strength of her jaws.

She IS part pit-bull.

The struggle was fierce. Rosie grrrrrrrrd. I grrrrrrd. I twisted and turned the stick in a vain attempt to wrench it from her bionic jaws.

Then, when I had Rosie’s head twisted in such a way that her eyes looked up at the sky, a noise.

I jumped out of my seat.

Not a part of her body moved, save for her eyes.

She didn’t flinch or drop the stick and bark and she didn’t growl and showed no sign whatsoever that she had heard this eerie, loud noise.

When the raccoons erupted her eyes rolled into the back of her head and angled toward the sound, a gymnastic move that no eye should ever even attempt.

Yet, there she was and all I could think of was those cartoon dogs.

The ones who chase Sylvester and Bugs and the all-time cartoon dog, Wile E. Coyote (Road-Runnerus Digestus).

Wile E. is not an actual dog but close enough. His eyes bulge when he knows a chunk of mountain is about to fall on his head and that’s what I thought about when I saw the whites of Rosie’s eyes.

Then it struck me.

Rosie, like Wile E., is singularly minded. Get the stick. It’s my stick. I am obsessed with this stick.

Rosie is so focused on me throwing her stick that she has turned to give chase and slammed her head into the garage. Not once. Not twice. Too many times to count.

I throw. She whips her body around and explodes out the gate and WHAM!

Had she gone through the wall, she would have left an imprint, cartoon dog-like.

Then, she shakes her head to clear her brain, cartoon-dog like, and keeps running.

Many times, I have thrown what could only be described as a log, only to see it land on her head.

Again, she shakes her headbbbbrrr bbbbrrrrr bbbbbrrr and picks up the log and drags it back to me.

I am not kidding.

She has run into trees and parked cars and people. Knocked down so many poor little toddlers that I lost count.

Rosie will play fetch with a stick until she drops from exhaustion.

So, on that night by the fire, with her eyes ablaze and grotesquely criss-crossed and a stick locked in her vice jaw, I gave Rosie her nickname.

That is the story of how Rosie got her name and she has lived up to it ever since.