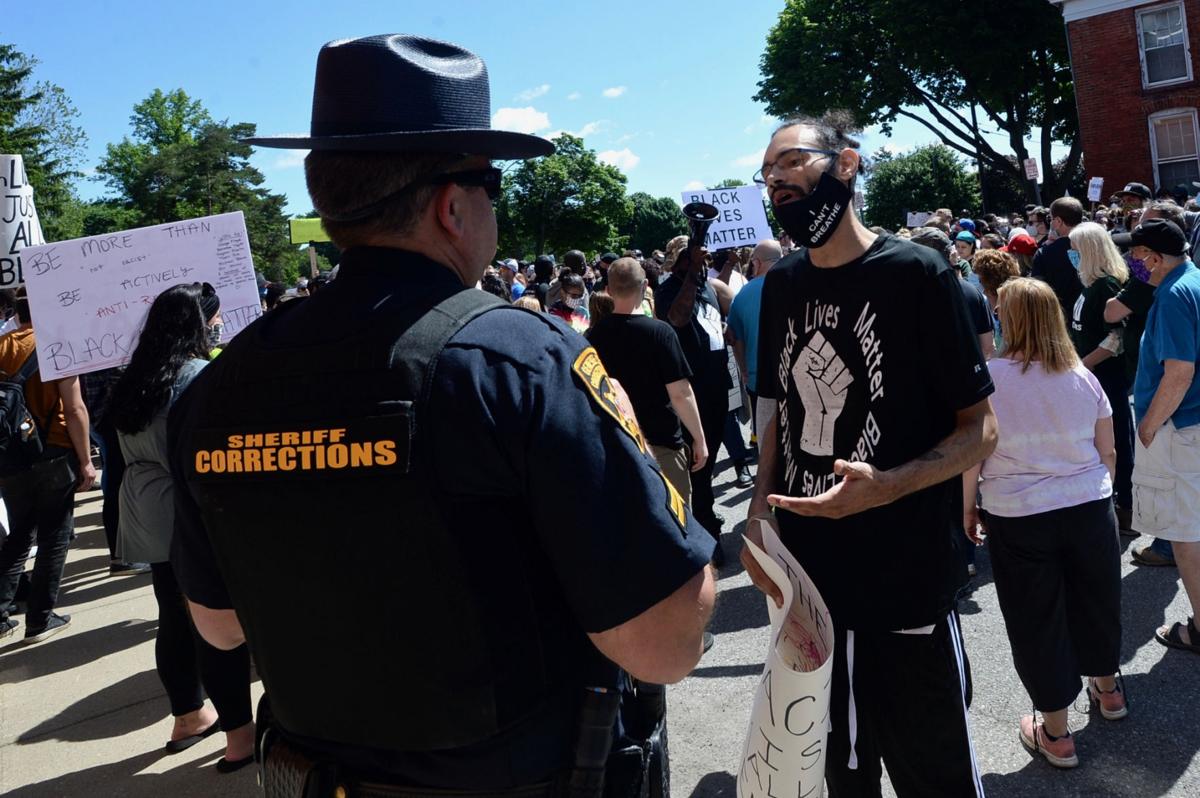 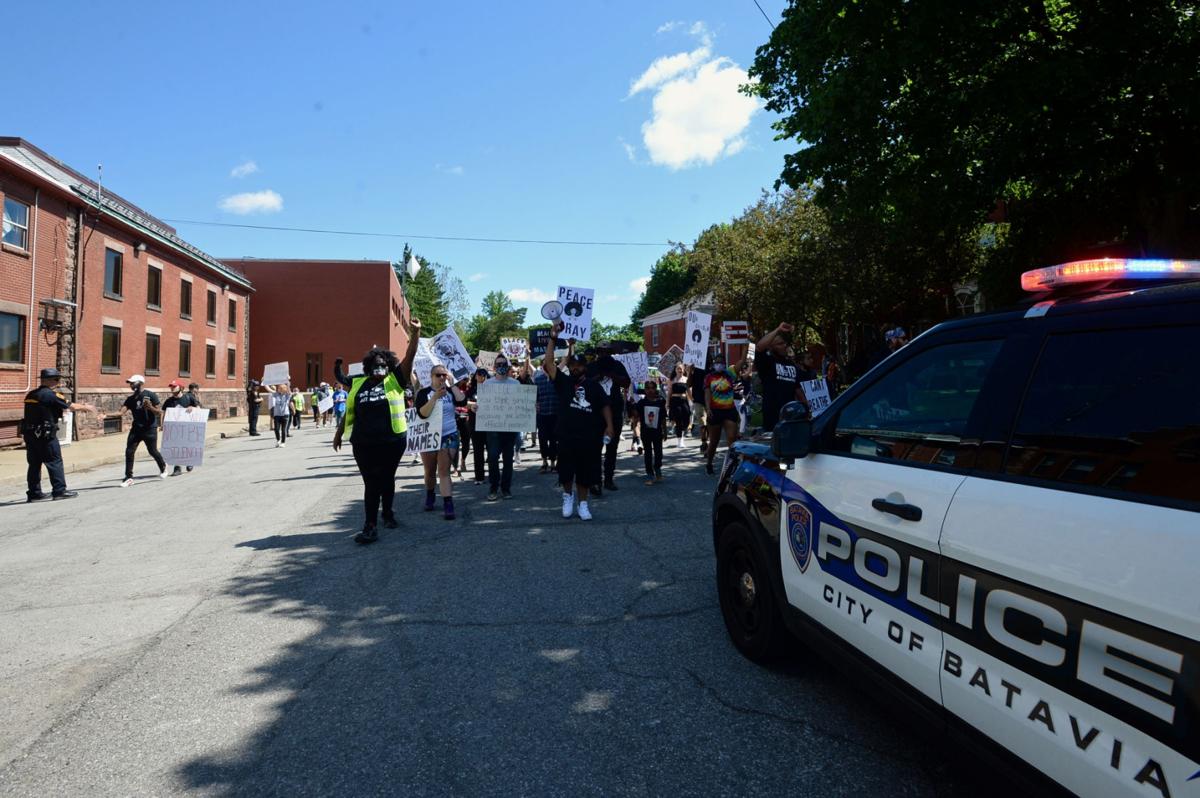 Upon speaking with event organizer Greg Munroe outside of Batavia City Hall at about 8:10 a.m., 10 minutes after the official start of Sunday’s protest against racial injustice, one of the themes of our conversation was “peace.” It was the goal of Munroe, along with the other organizers and protesters who showed up in droves to remain peaceful throughout the duration of their protest which was set for 8 a.m. to 11 a.m.

Munroe and company accomplished that mission, as the hundreds of people that showed up remained peaceful throughout the demonstration, using words to cast their message rather than violence and disorder. Rather than antagonistic rhetoric, the vast majority of protesters seemed to speak only to elicit change, not unrule.

“We are going to show that Batavia can do a peaceful protest in between all of the riots that are going on,” said Munroe. “Show that we can do it the right way, get out of here peacefully without anyone being arrested. Our voices will be heard.”

Those voices were heard by many passers-by throughout the early morning and into the afternoon, as countless vehicles drove down Main Street in Batavia, honking their horns in support of the protest with only a single vehicle, by my count attempting to get a rise out of the group. The most-productive moment of the day was when city and county officials, along with law enforcement came to join the protest in front of City Hall.

They met with organizers and had what Jankowski described as “a very nice conversation.”

“What I heard was a lot of emotion and a lot of passion. The speakers were upset, with some valid concerns,” he told Daily News reporter Brian Quinn. “I want to help. I have offered my help in any way I can. This is not going to go away unless we remind ourselves to do better as a community.”

Munroe said the City of Batavia has been supportive throughout his group’s mission.

“The City of Batavia has shown us nothing but support. They have to see the comments, the undertones of racism that happen in this town, but unfortunately (until now) we haven’t made a voice to point it out to stop it,” he said. “We are here (today), Batavia knows that they have a black community. I’ve been in contact with city officials, they know what’s going on.”

No matter on what side of the aisle you fall, it’s tough not to have been proud to be a Batavian on Sunday. No matter what your political beliefs, no matter who you vote for, in the end we all want one thing – peace. That was the mission statement behind Sunday’s protest and that is what was carried out, setting the stage for real change throughout the Batavia community, and beyond.

Another element of Sunday’s protest that deserves equal praise were the actions by city and county officials along with law enforcement.

Martin Luther King Jr. once said, “Riots are the language of the unheard.” On Sunday the protesters were heard by local authorities, who played an important role in the absence of conflict and violence from the event.

In the end, it comes down to both sides working together as they each seemed to do this weekend.

However, as Munroe said during our conversation, Sunday’s protest cannot be a one-time deal.

Here’s to hoping that this was a sign of things to come.

Alex Brasky is a reporter/columnist for the Batavia Daily News