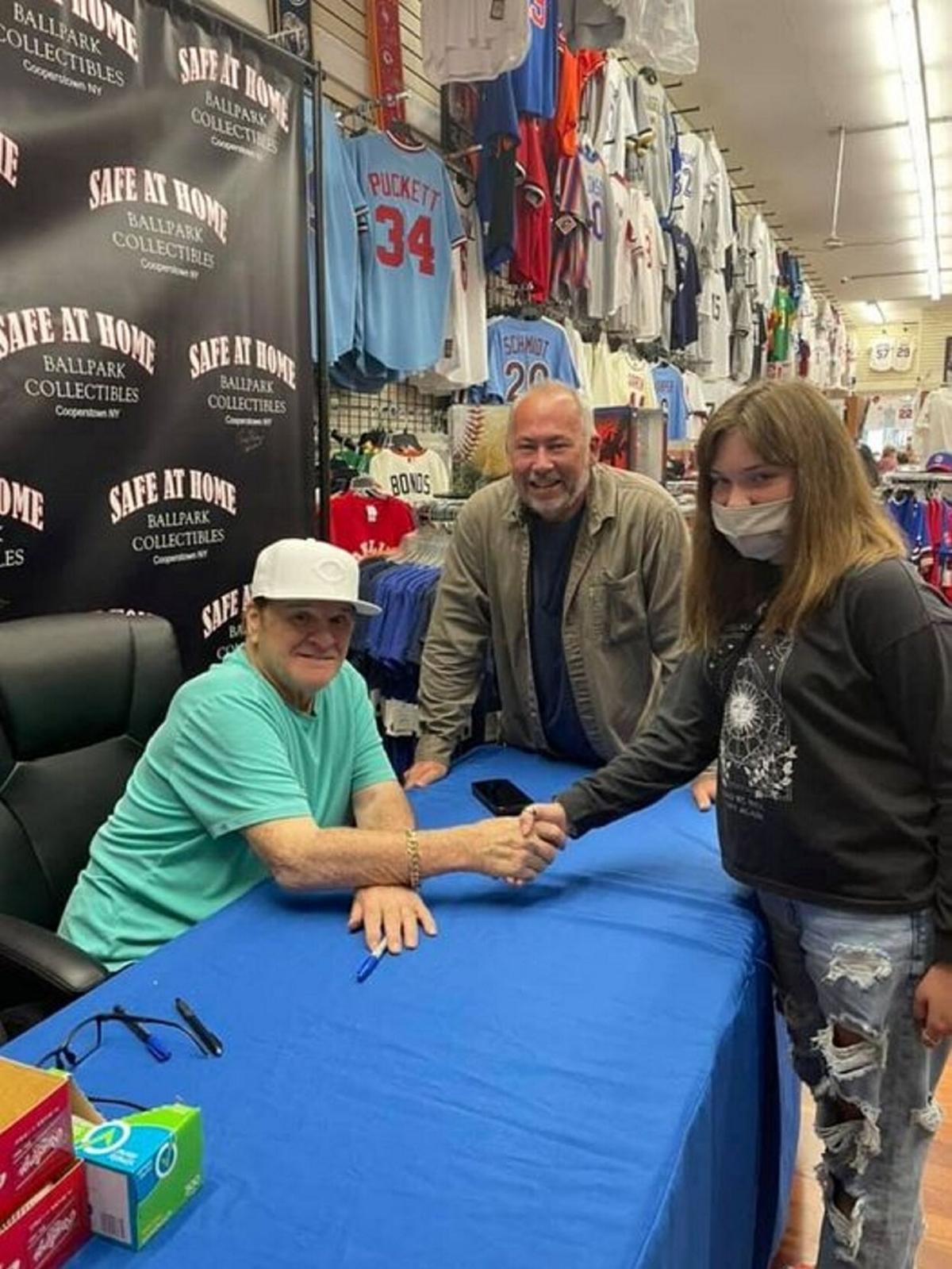 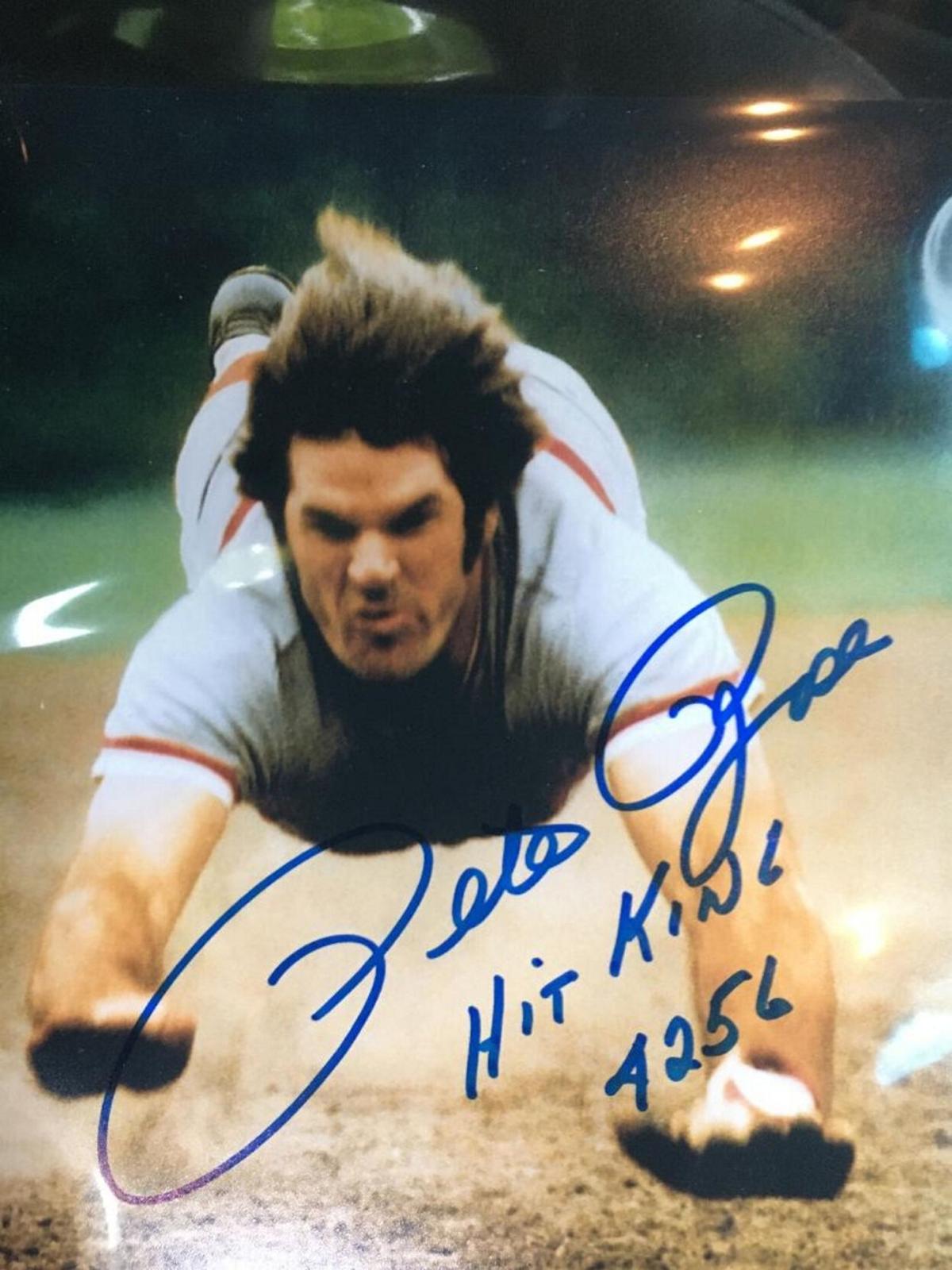 I got off the school bus and the first thing I noticed was the freshly raked driveway.

My dad had gotten stone to fill in the holes and level the driveway, a dirt-based driveway like most people had in the country in 1975.

I was 11 and as I stepped onto that fresh stone, I couldn’t wait to head in and grab my wood baseball bat.

And a 5-gallon pail, of course.

I spent the next 10 minutes or so filling that bucket with stones from the driveway.

I could barely heft the bucket but heft I did and set up behind the barn.

I used my baseball mitt as home plate and plopped the bucket in what would be the left-hand hitter’s box.

Grabbing a stone in one hand and the bat in the other, the game began.

I called play-by-play in my head as the top of the first wound down.

“And Garvey flies out to left for the third out.”

The Reds were always the home team and batted second.

“Now, leading off for the Reds, Peeeeeete Rose!”

I chucked a stone high in the air and took my best Pete Rose stance and slapped a single up the middle.

By the time the game was over, the wood bat was as pockmarked as the driveway.

“Why are there holes all over the new driveway?” my dad yelled when he got home.

It didn’t take long for him to figure out since the bat was leaning against the front of the garage, along with a mostly-empty five-gallon pail.

SMAAACK!! Came the cuff upside the head and a rake was shoved in my hand so I could rerake the driveway.

That’s what I did the entire summer of 1975 as the Reds rolled to the World Series.

Pete Rose and Johnny Bench were my favorite players and had been since I could remember.

Since I wasn’t much at catching — I flinched — I geared my game after Pete Rose.

Sort of. I was a good ballplayer. Not great.

I met him for the first time on Labor Day weekend during a trip to Cooperstown with my daughter Jenna and her mom, Pam.

We arrived Friday night and strolled up and down the street.

A sheet of paper tacked to a window caught my eye.

Pete Rose was going to be in the store on Sunday!

Selling autographs, of course, because that’s what he does now.

They don’t call him Charlie Hustle for nothing.

I hemmed and hawed.

One, it was $65 for an autograph, plus the cost of the photo.

That and I’m not an autograph hound. Never have been, although once I got a softball signed by the entire Sunset Lanes Green Machine men’s softball team.

Anyway, I debated, mainly in my head, for the next two days.

We had passes for the Hall of Fame on Sunday at 1 p.m. the same time Rose was going to be signing at Safe at Home Collectibles.

“You really should do this. He’s your hero!”

We took a break from the Hall and down the street we went.

Yes, I was going to shell out money to get Pete Rose’s autograph.

I made the decision.

I bought a photograph of Rose flying into third base, the one with no helmet and his face in clenched intensity.

I was told to go around to the back of the store, an eerie walk through an alley, past Dumpsters and muddy puddles.

In we went and walked up to Rose, who was sitting at a table holding court.

“He’s really pale,” Jenna whispered to me. “He looks old.”

Rose talked to us a bit as he signed the photograph.

We took a few photographs and I held up the autographed photo and said ...

“I’m taking this into the Hall with me. You’ll finally be in,” I said.

Fortunately for me, he didn’t hear me or he was ignoring me again. I did not want to get into a fistfight with Pete Rose, no matter how old he is. He’s a bit scary.

I was hoping to tell him the story about the bucket of rocks and maybe ask about the Big Red Machine, but I was tongue-tied.

And for the record, Pete Rose is still not in the Hall. I left the photo in the car before we went back in.

Scott DeSmit is a general news reporter for The Daily News. He can be reached at desmitmail@yahoo.com.