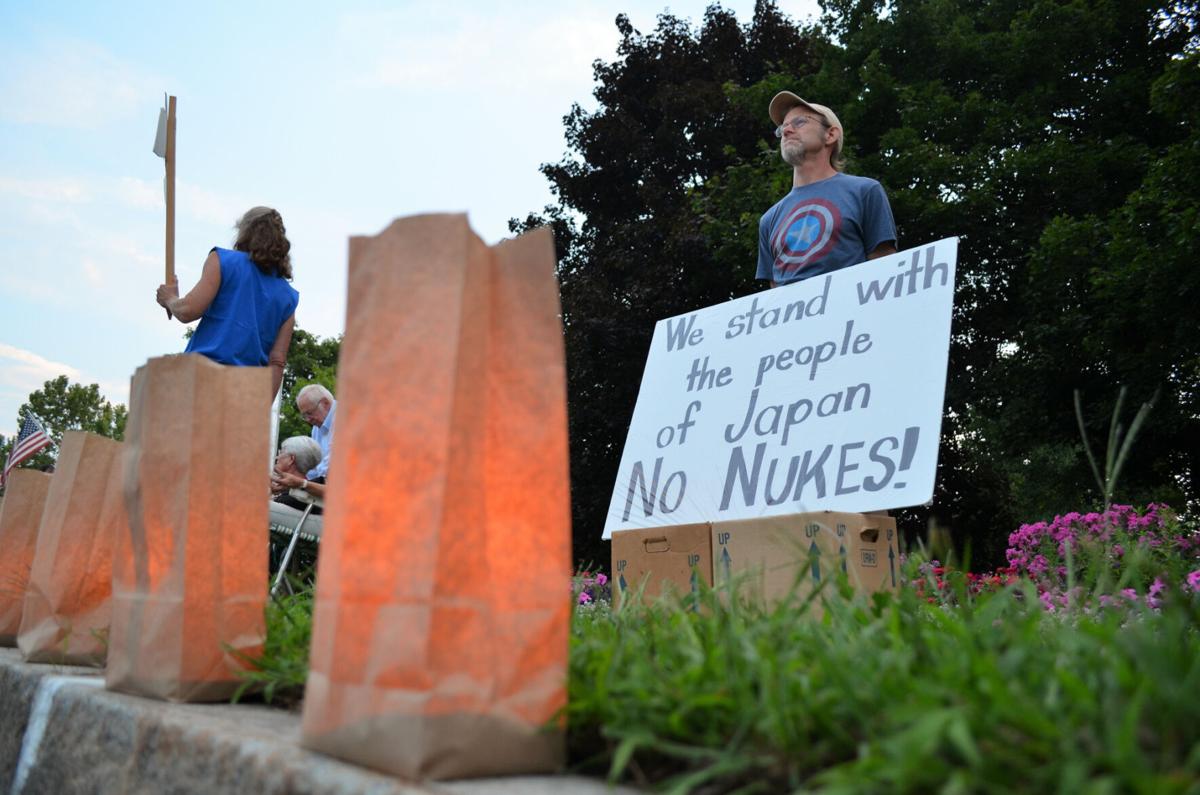 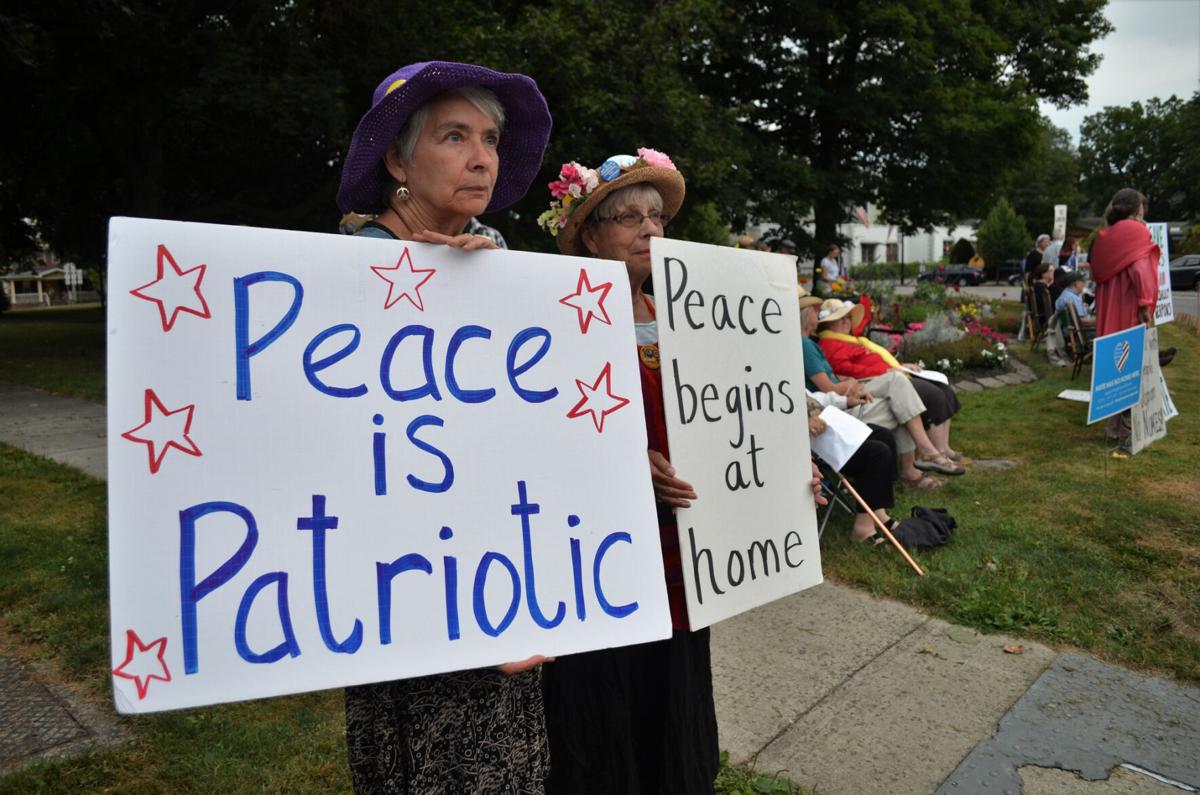 This year marks the 75th anniversary of the end of World War II and the only military use of nuclear weapons in history.

First, to avoid unnecessary misunderstanding, let me state the obvious: criticizing war and promoting peace does not impugn the bravery or sacrifice of those who fought in World War II. Nor does it equate what the Allies did with what the Axis did. The Holocaust and the militarism of the Axis was worse than what the Allies did to stop them.

However, I believe this anniversary should make us question just how much evil we must commit in order to fight evil. Germany and Japan should have been stopped before the war became a necessity because war leads to things like atomic bombs – which led to tens of thousands of thermonuclear bombs spread throughout our planet in the hands of many countries today.

On Aug. 5 at 7:30 p.m., I will gather in Avon with the Genesee Valley Citizens for Peace and the Veterans for Peace. We will gather at the same moment that people are gathering on the other side of the globe in Hiroshima and Nagasaki. We will be joined by uncounted numbers of others around the planet.

We will gather to remember the tens of thousands of lives lost or ruined – most of whom were civilian non-combatants and most of which were children, women and the elderly. We will gather because we believe all humanity must remember this event so it will never be repeated. We believe all life is sacred whether it be Japanese or American.

The “logic” of war made using the atom bomb a valid, rational question that we are still debating today. So we will also gather to point out that war leads to things that, during any other time, would be considered completely immoral by any sane person.

To simplify my argument: dropping those bombs (and the killing of civilians during World War II or any war) is no different than being given the choice of killing a baby to insure that you won’t be killed. If you were given that choice “kill this baby or you will be killed,” what do you think is the right thing to do? During World War II (assuming Japan wasn’t already willing to surrender, which the facts say they were) the U.S. answer was that, yes, you should kill that baby.

The atomic bombs were, unfortunately, merely an extension of the targeting of civilians that the British and the Axis had been carrying out since the beginning of the war and that the U.S. adopted near the end of the war. The allies had already killed more civilians than the two atom bombs with the combined area bombing of multiple Japanese cities as well as some German cities such as Hamburg and Dresden. The atom bombs were just a lot cheaper. Two bombs did the work of thousands.

The myth the U.S. clings to about the bombs is partially correct: Japan’s surrender (and whatever caused that surrender) cost fewer U.S. lives, but they would not have been “millions.” In the interest of national facts and not national myths, I must point out a few things...

1.) In actuality the majority of the U.S. military had estimated that it might cost 50,000 American lives to invade Japan. Truman first used the inflated estimate of 250,000 American lives. But he increased that number as years passed so by the time of his death he was using the word “millions.”

2.) The U.S. government’s Strategic Bombing Survey concluded that Japan would have surrendered in a few months without an invasion or the bombs being dropped. Japan had been seeking peace through Soviet intermediaries for some time but it’s authoritarian, militaristic government was so bureaucratic that it took a long time for the decision to translate into action. This same survey group concluded that bombing civilians in World War II did not break their morale.

3.) Seventy of the atom bomb scientists signed a letter to President Truman pleading with him to detonate one on an uninhabited island as a demonstration to the Japanese. Six of the seven five-star officers serving at the time (including Gen. Dwight D. Eisenhower and Admiral Leahy) were against dropping the bomb on civilians. Truman decided the U.S. had too few bombs to risk and it might not deter the Japanese. Many of us still wonder why this demonstration, despite the risks, couldn’t have been tried anyways. If it didn’t induce Japan to surrender, we still could have dropped the other bomb on Hiroshima.

4.) The USSR entered the war with Japan between the bombings of Hiroshima and Nagasaki. Couldn’t we have waited to see the effect of the USSR entering the war on the Japanese before dropping the bombs?

I want all of us, whether we agree with the dropping of those bombs or not, to always remember the infants and toddlers and children who burned to death, whose flesh melted on their bodies and who died of horrible radiation poisoning and cancers. I want us to remember because babies and kids die during every war, big and small. So war should be prevented. That is the purpose of organizations such as Veterans for Peace and the Genesee Valley Citizens for Peace. Join us Aug. 5 at 7:30 p.m. at the traffic circle in Avon.

Chris Norton is a member of the Genesee Valley Citizens for Peace.