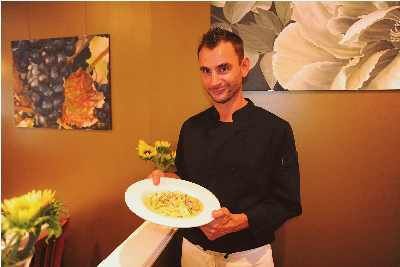 Michael Zambito, chef and owner of Zambistro in Medina, holds up a plate of lobster pasta, his signature dish. (Rocco Laurienzo/Daily News) 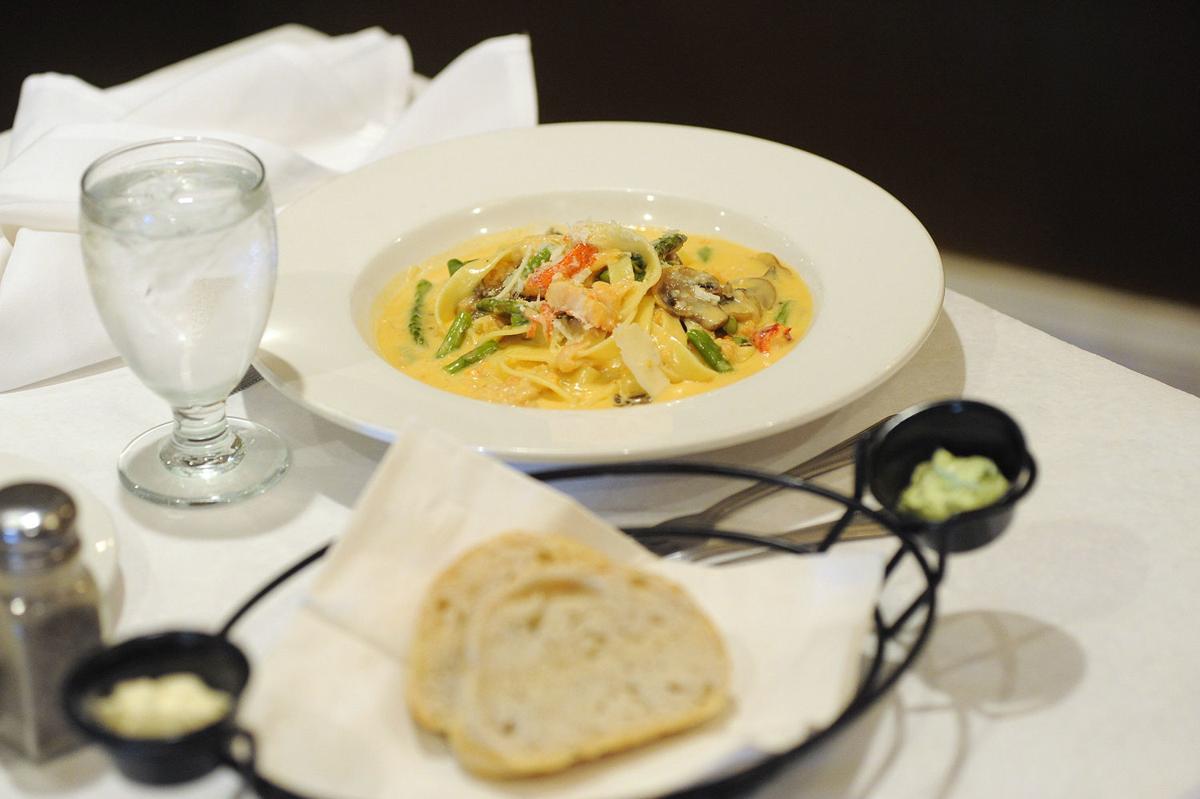 The lobster pasta is the cornerstone of Zambistro in Medina. (Rocco Laurienzo/Daily News)

Michael Zambito, chef and owner of Zambistro in Medina, holds up a plate of lobster pasta, his signature dish. (Rocco Laurienzo/Daily News)

The lobster pasta is the cornerstone of Zambistro in Medina. (Rocco Laurienzo/Daily News)

MEDINA — Months before chef Michael Zambito opened Zambistro in an unassuming store front on Medina’s Main Street, he started crafting his menu. Balancing upscale items like Sicilian salmon with down-home comforts like bacon-wrapped meatloaf, he prepared a fine dining experience that was lacking in the village.

One selection that appeared on the opening-day menu in 2006 and remains a popular choice is the lobster pasta, what Zambito calls the restaurant’s flagship entrée. It starts with house-made fettucine in a rich cream sauce and adds asparagus, mushrooms and, of course, lobster meat.

So why is this the signature dish?

“I think first and foremost it’s because of the fresh pasta,” Zambito said Thursday at the end of the lunch rush. “It’s kind of what whole restaurant is built on, fresh Italian flavors. The fresh pasta really makes it for me.

“It’s just a modern-day interpretation of seafood pasta that everyone enjoys so much. It’s very, very popular.”

The sauce, which could stand on its own as a lobster bisque, is the star of the dish. Zambito begins with a lobster stock and adds some tomato with cream to thicken it. It’s great on the pasta or sopped up with a slice of fresh bread that comes with the meal.

Of course, the dish is called lobster pasta, so the lobster must be front and center. It is. Zambito uses claw and knuckle meat, and you’re likely to find an entire claw on your plate.

“They just hold up a little better in the sauce,” Zambito said when asked why he used claw and knuckle meat. “They still have a little integrity to them.”

The entire dish is topped with shaved pecorino romano cheese, which always goes well with pasta, but can be tricky when served with lobster. Seafood and cheese are seldom used together for a very good reason, they just don’t go together. But the salty pecorino romano adds a nice balance to the dish.

Zambito couldn’t say how many plates of lobster pasta Zambistro will sell in a week, admitting it all depended on the week’s specials.

In the nearly nine years the lobster pasta has anchored the menu, it has never changed. That’s a sense of pride for Zambito, who credits consistency as a pillar for Zambistro, 408 Main St.

“We try to keep our menu items as consistent as possible,” he said. “The most important thing is knowing that when you come back next week for the lobster pasta, it’s going to taste exactly the same. If we want to get creative, we can do that a different way.”

The lobster pasta sells for $24 and comes with bread and a side salad.