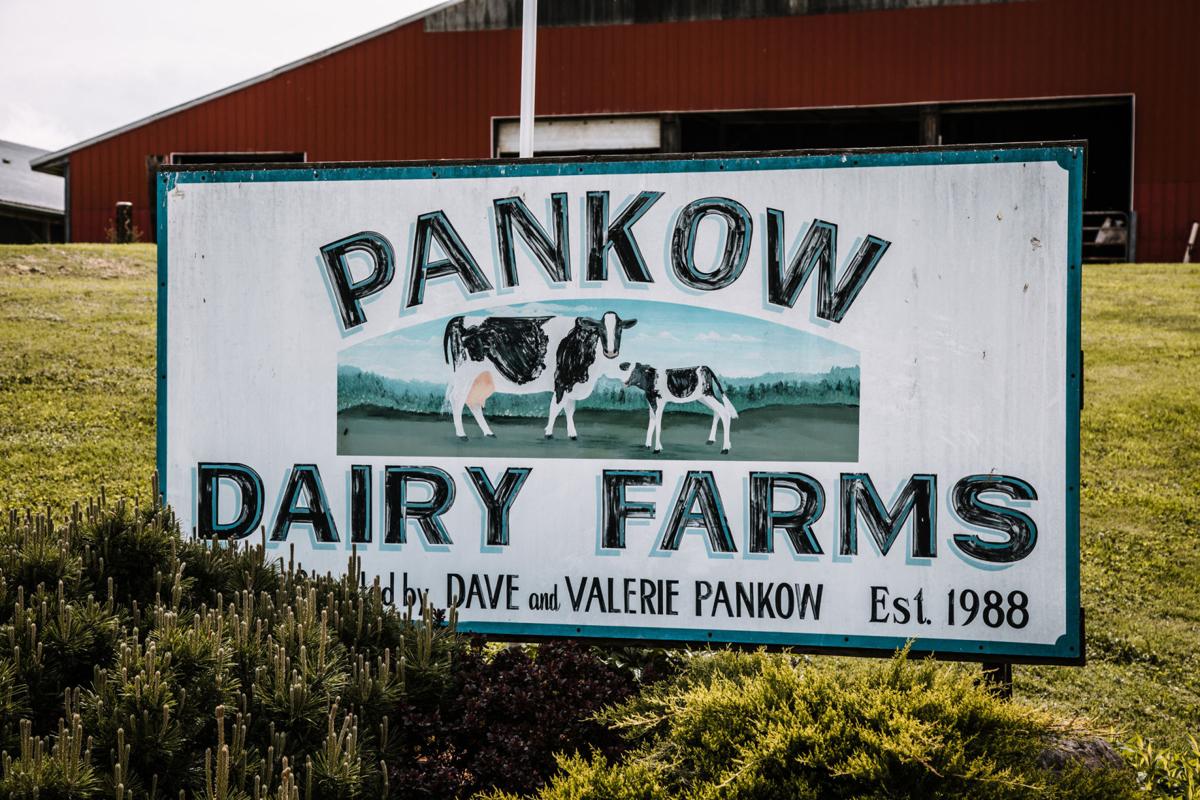 Pankow Farms in Castile will host the 2018 Agri-Palooza on June 10. 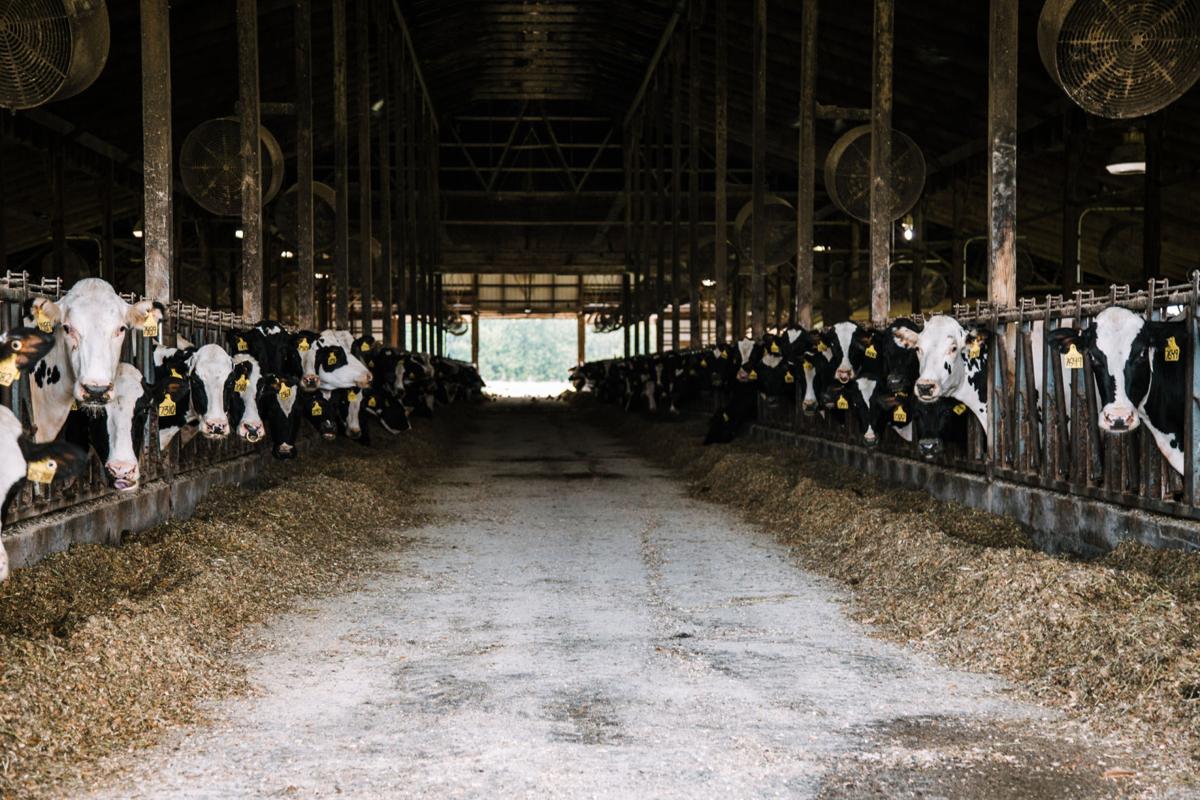 Cows line the barn at Pankow Farms in Castile. 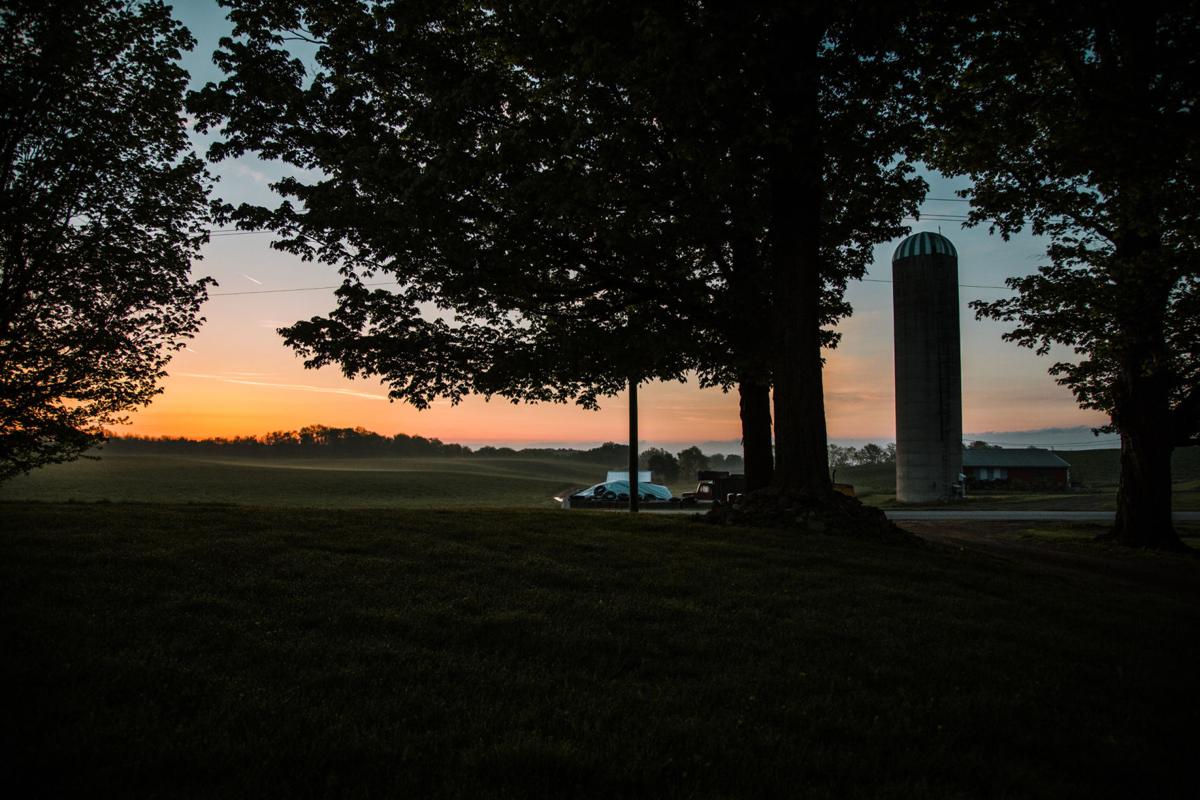 The sun sets after a long day of work at Pankow Farms. 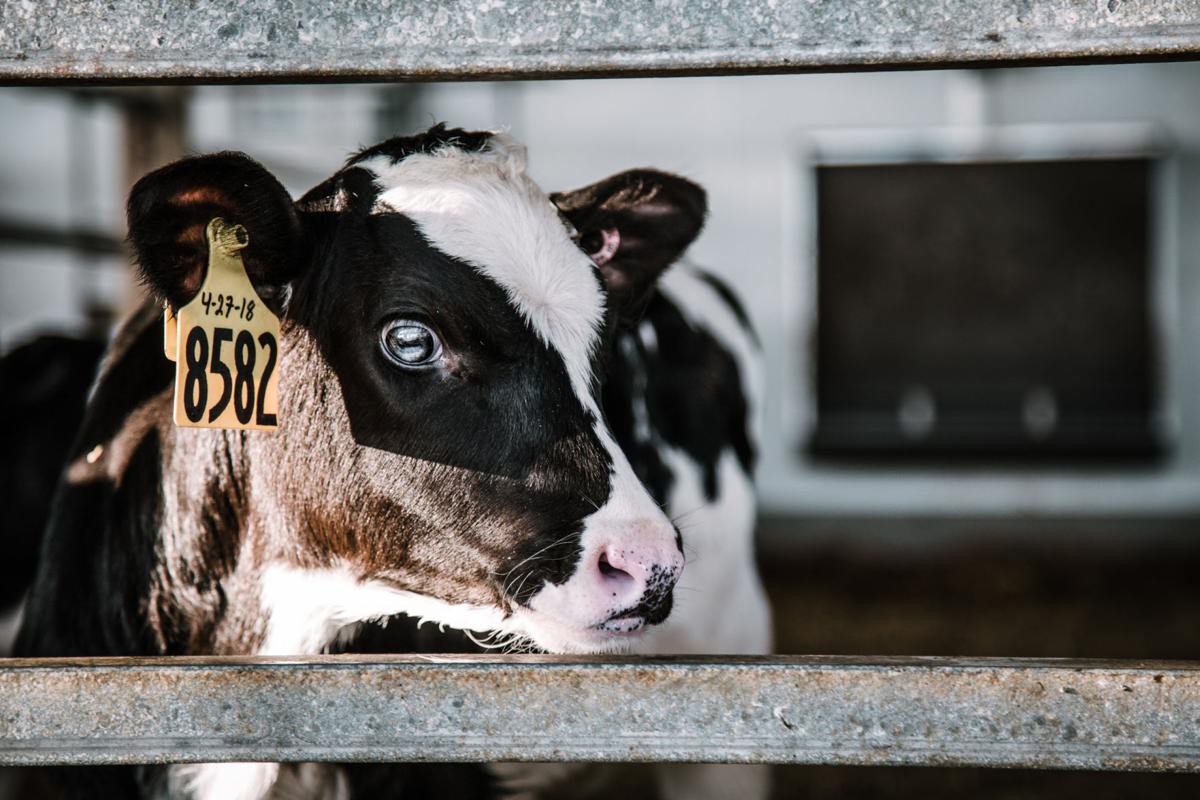 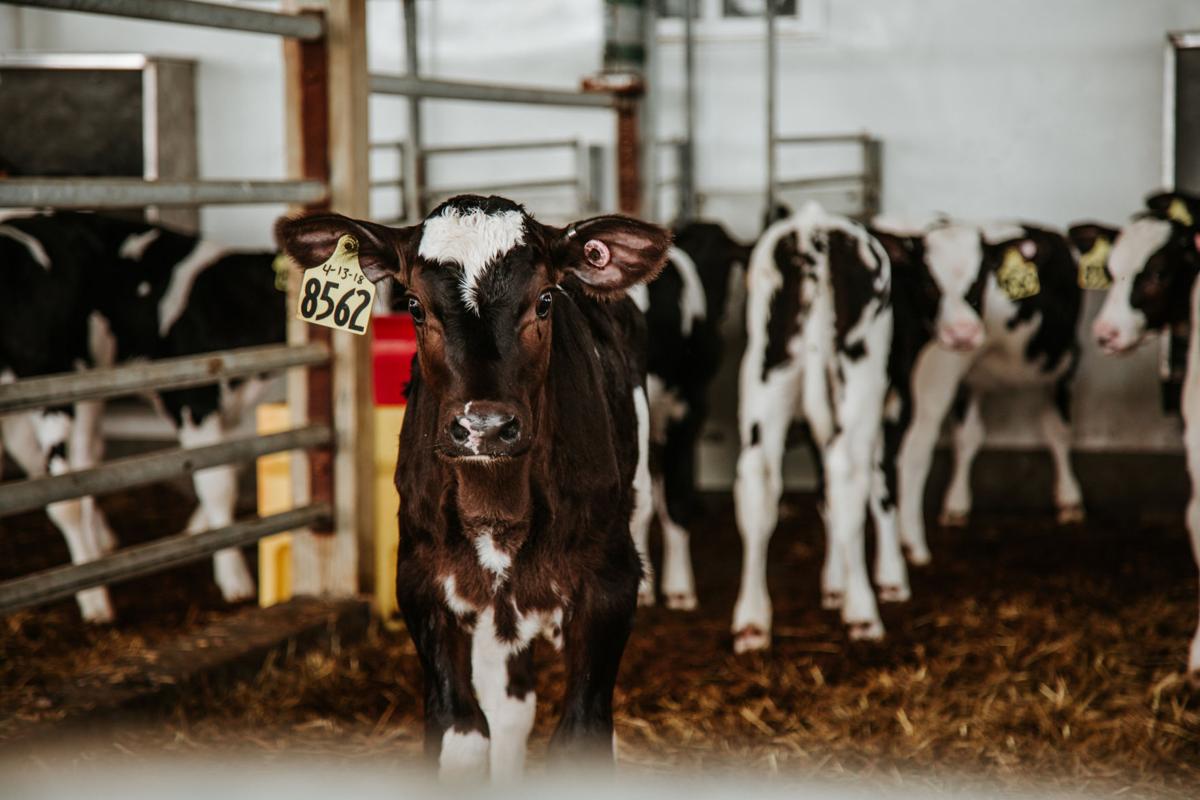 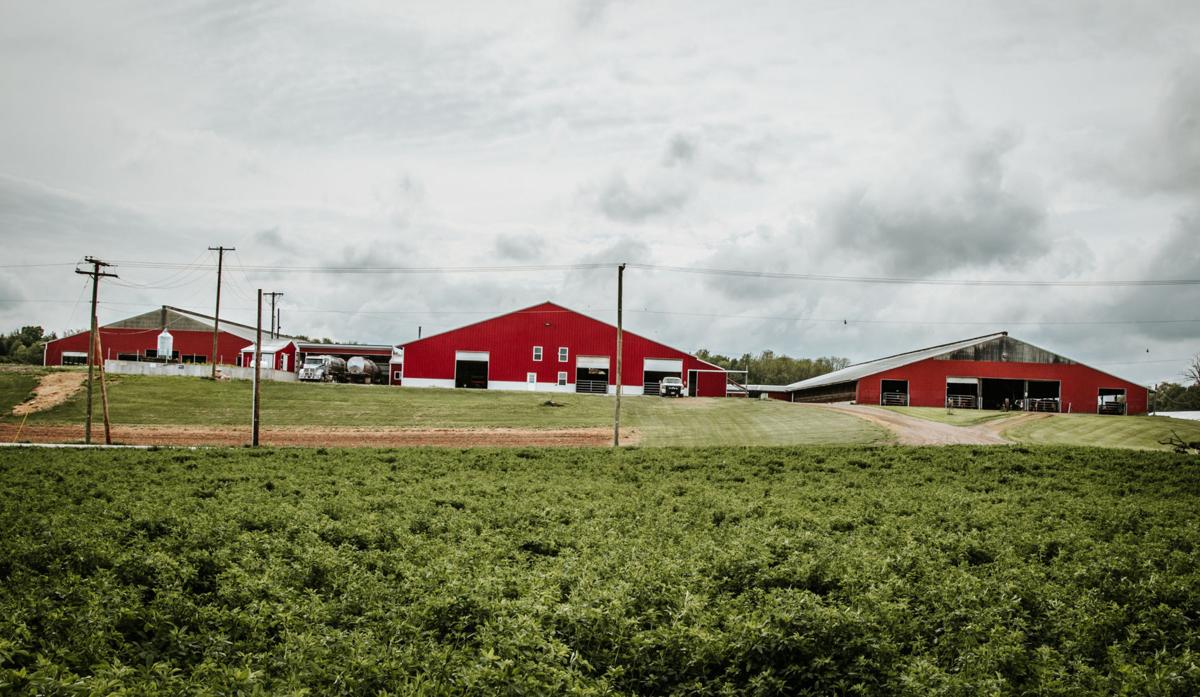 Pankow Farms is a sprawling operation in Castile. 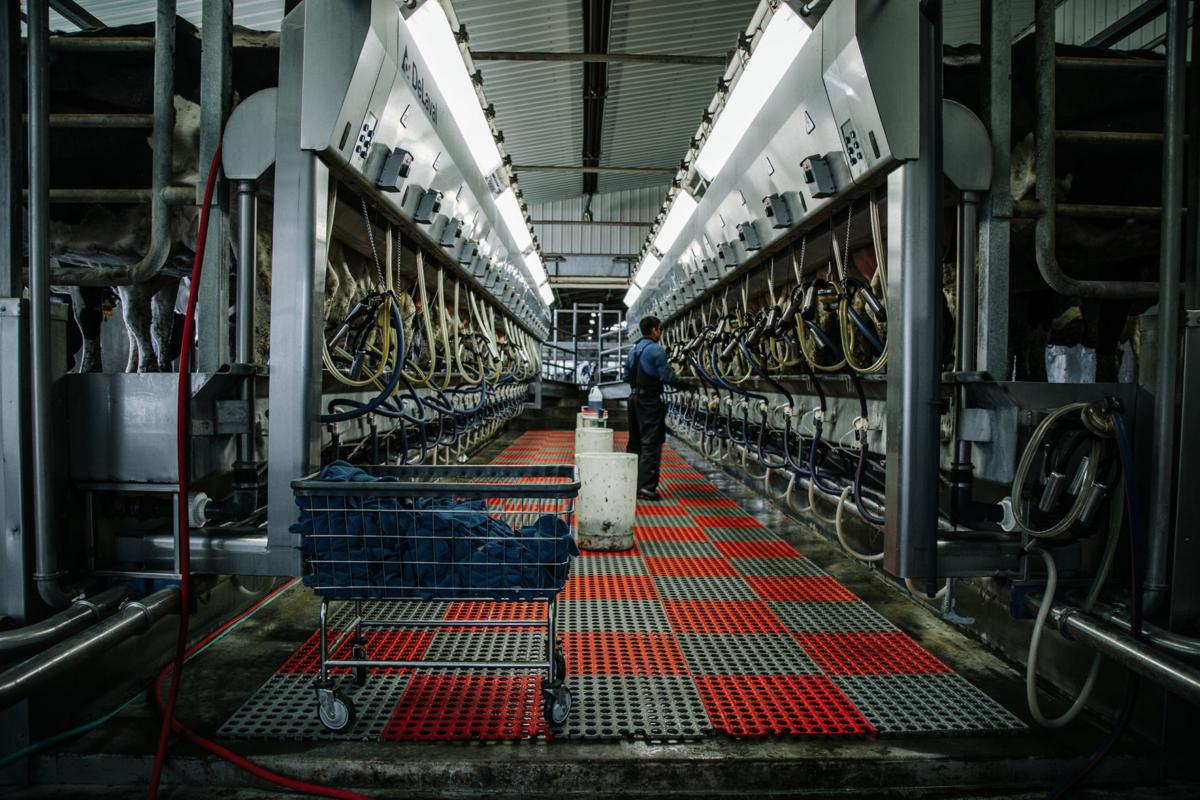 The milking process is technologically advanced at Pankow Farms in Castile. 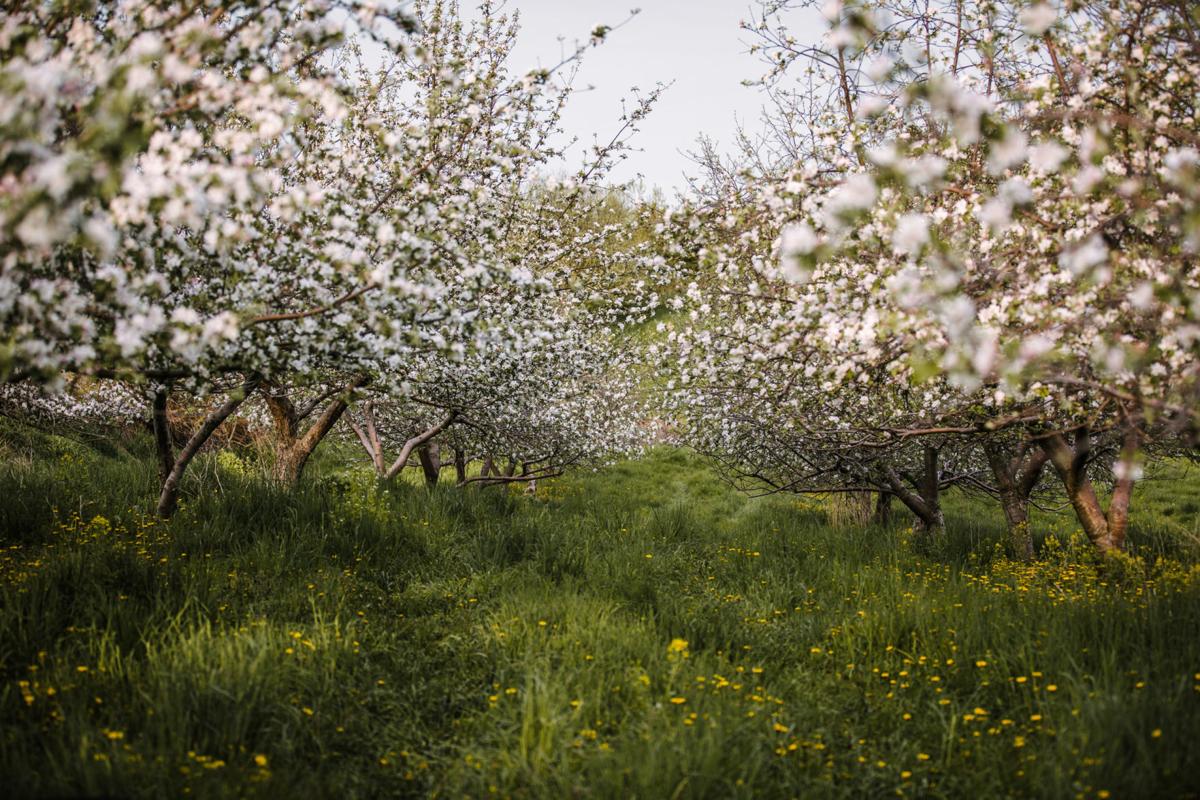 Pankow Farms in Castile will host the 2018 Agri-Palooza on June 10.

Cows line the barn at Pankow Farms in Castile.

The sun sets after a long day of work at Pankow Farms.

Pankow Farms is a sprawling operation in Castile.

The milking process is technologically advanced at Pankow Farms in Castile.

CASTILE — There’s something to be said of plucking ripe, round apples straight from spindling branches still covered in early morning dew, of straining every inch of muscle to move that last, heaviest bale of hay, of returning home after a long day of hard labor to sip on a glass of icy lemonade, of sinking weary, sunburned limbs into a well-worn chair to watch the sun descend in a fiery blaze, darkness drifting over the hundreds of rolling acres that make a place home.

For many farmers, that’s the only life they’ve ever known — and they wouldn’t have it any other way. But their lifestyle, their blood and sweat, goes far beyond pitching manure, spreading feed and squeezing teats for milk. It’s grueling hours in the hot summer sun, it’s working when there’s work to be done, no matter holidays or birthdays or outings planned with friends, it’s stress and collaboration, a constant dealing with unruly animals that can’t tell you what’s wrong, it’s losing money with every milk check and still, somehow, having to continue on.

“Society in general has been removed from the dairy farm at least one generation, if not two,” said David Pankow, owner of Pankow Farms on Glen Iris Road, during a rare lull in work on a rainy May Tuesday. “A lot of people, maybe their father or their grandfather worked on a farm and they can relate to that and they reminisce back to how it was back then...But the dairy farm today is a business. It is a business that takes a lot of effort and a lot of thinking and managing to keep it productive and profitable. It’s not you just that you go plant corn and milk cows and things like that. It is so involved now. It is as involved as any industry out there.”

On June 10, from 12 to 4 p.m., as Pankow Farms opens its doors to Agri-Palooza — an event that highlights agriculture in Wyoming County, allows the public to spend a day on a working farm and includes educational displays, farm tours and children’s games and activities — that’s something David says he hopes the community at large will realize.

“We strive to make a very healthy product here,” he said. “We work hard to do that. We’re honored that they chose us here and we’re excited to have people come here and see our farm. We’ve all worked very hard to build this farm up to what it is right now and I hope people appreciate it, I really think they will.”

Because there’s more to it than hard work, he said. To run a farm is to understand a complex business model that requires no small amount of intuition, intelligence and problem-solving skills from a group of devoted, conscientious employees.

“All of these employees may pitch out a little bit of manure, but on the same token, they may be running a piece of technologically advanced equipment,” David said of his 14 full-time workers who man about 1,400 acres of owned and rented land and milk 650 cows each and every day. “We have evolved in this industry to the point where, as you see these automotive industries and these manufacturing companies using robotics and things like that, we use robotics here as well. That’s how our industry has evolved. I truly believe people don’t understand how much education it takes to operate a farm. There are no dumb people here. These people are very smart.”

David’s wife, Valerie, a self-admitted Buffalo gal, said she knows what it’s like to have those neat and tidy perceptions of farm life shattered.

“I think Agri-Palooza is a nice way to get the general population out onto the farm so people can see what goes on here,” Valerie said. “People talk about farms and say, ‘Oh, it’s really neat,’ and stuff, but they have no idea what it’s like. I’m from Buffalo myself, I didn’t grow up on a farm, so when I first started dating my husband I’d come out here and I just thought everything was the coolest. I mean, it’s a whole different way of life.”

It’s old hat for her now — she and David are technically first-generation farmers on the orchard and dairy established back in 1988, though she doesn’t think the term gives her father-in-law enough credit.

“Dave’s father and mother rented a farm up in Buffalo, in Clarence, and they wanted to build up their own place,” Val said. “They moved down the road (from here), but before (David’s) mother passed, they had done the government dairy buy-out and sold their farm.”

Even so, thanks to Mr. Pankow, she said, her husband just couldn’t shake the love of the lifestyle he’s always known. And Mr. Pankow, though now 80 years old, still helps out where he can — and insisted on planting peach trees beside the house, even if the frost prevents them from bearing sweet fruit most years.

“It is a great lifestyle,” Valerie offered. “I have four children, three boys that work on the farm with us and my daughter, she’s our youngest. She’s a photographer but loves the farm life...It’s a great way to raise a family and we’ve always believed that work ethic is important. The farm helped us instill that in our children.”

But life on the farm is far from easy, she said.

“These days the farming industry is in a pretty bad slump,” Valerie said. “It gets frustrating. It’s been many years in a row now that it’s been happening. It’s a labor of love, I guess. We know farming. We’re good at what we do. We just wish we could be paid for the efforts that we put in.”

And David said he hopes that the event, which is meant to help the public discover, experience and enjoy farming, can turn even that into something positive.

“I just want the public to be able to come out to our farm and see,” David said. “(We have visitors who come from the city,) and they’re just amazed at what it takes in a single day to produce the milk they consume and find at the store. A picture is worth a thousand words — to visually see stuff like that, hopefully it will make a positive impact.

“The public ultimately gets to say ‘yea’ or ‘nay’ on many of the things that come up to vote,” he continued. “I think if they were to understand the background on our farm or any dairy, they would have a better understanding of what their politicians are putting into law.”

Agri-Palooza, a collaboration of the Wyoming County Chamber of Commerce and Tourism and the Wyoming County Farm Bureau, is now in its eighth year, and will provide visitors not only the opportunity to learn more about the industry, but to support it by purchasing a slew of products from local agribusinesses.