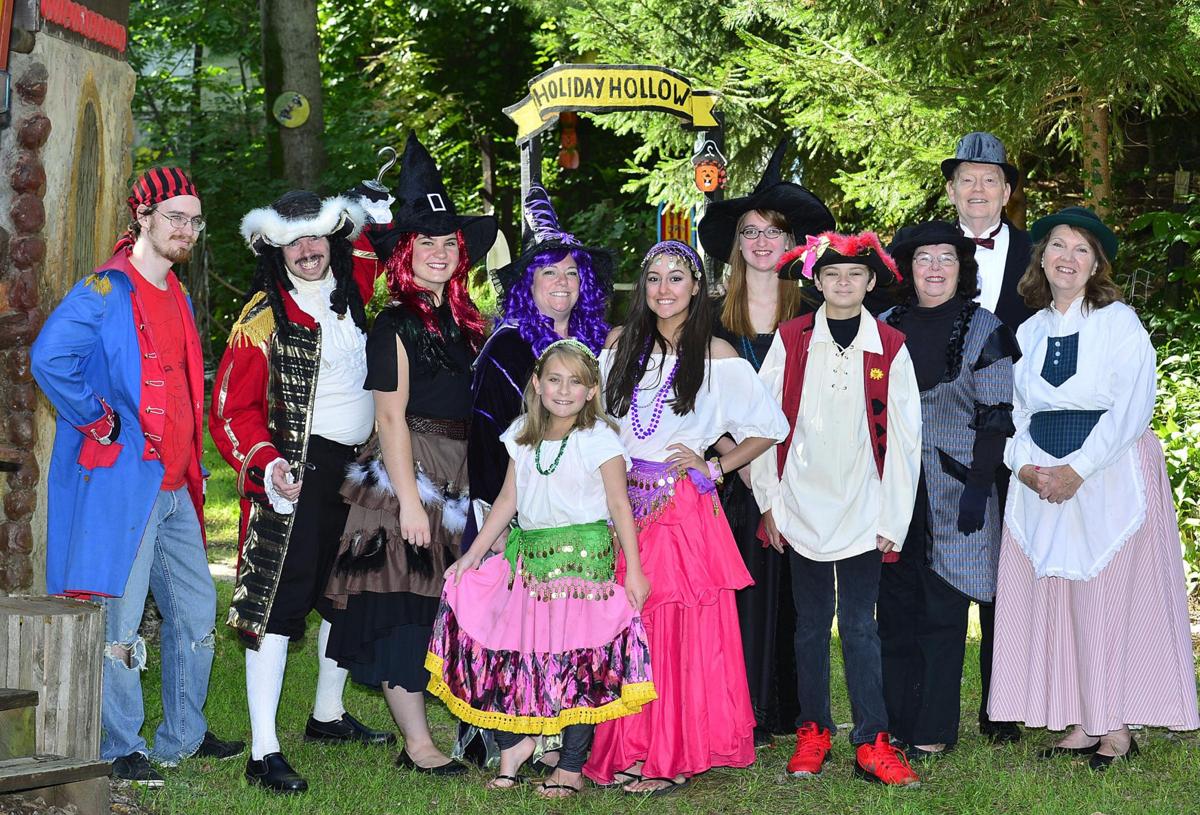 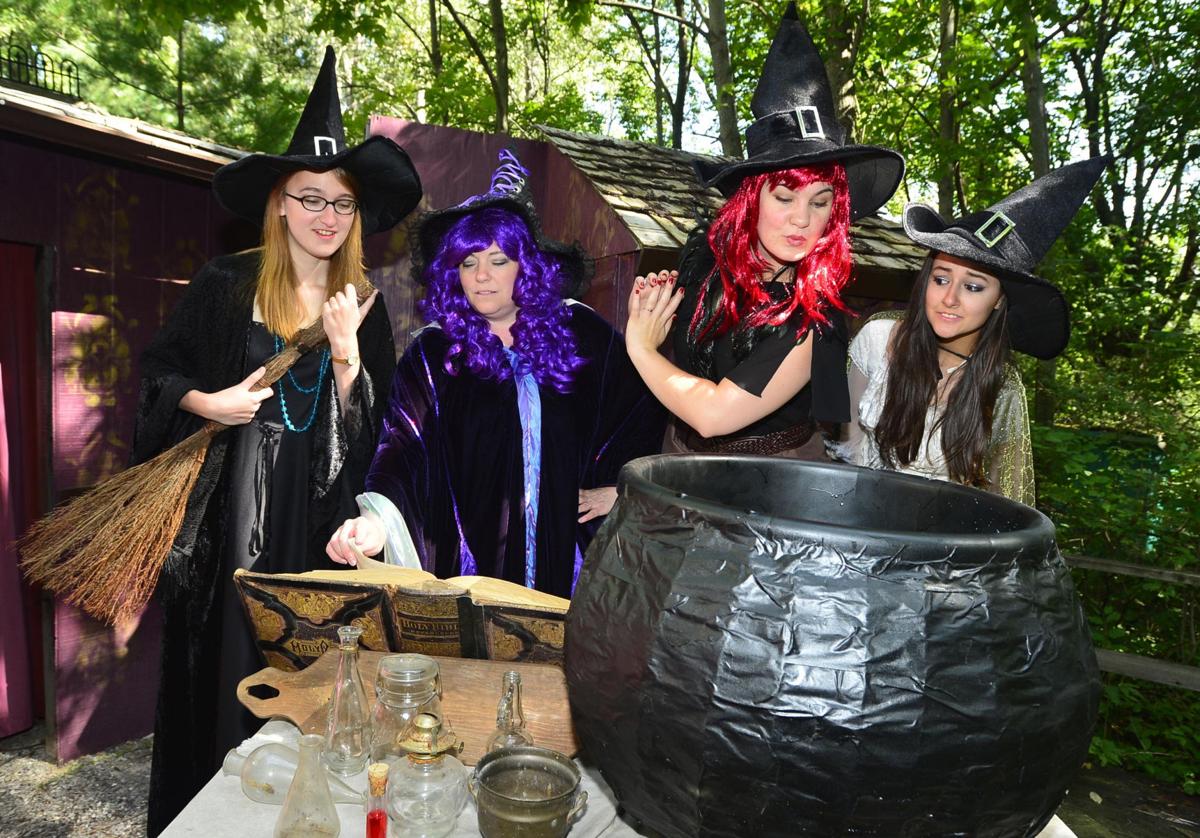 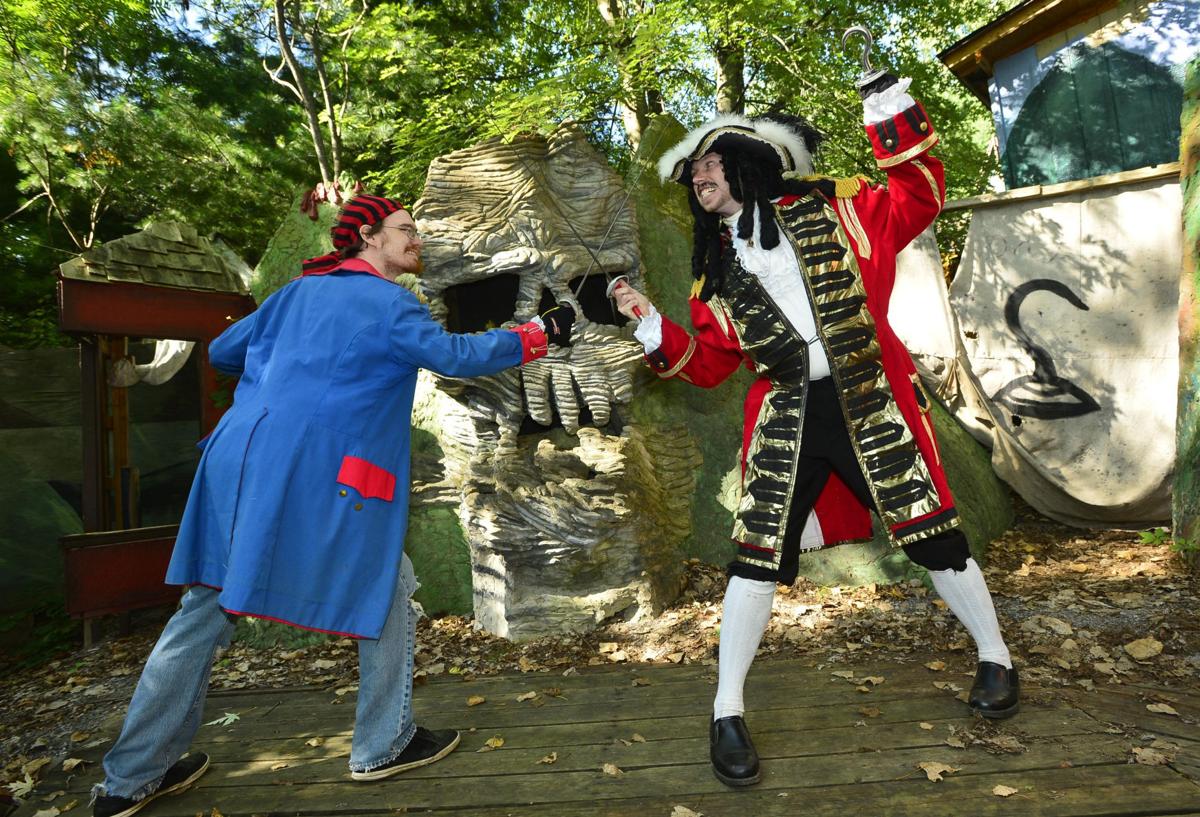 Alden Foppes, left, and Zach Walker rehearse a scene from The Pirate Show at Holiday Hollow. 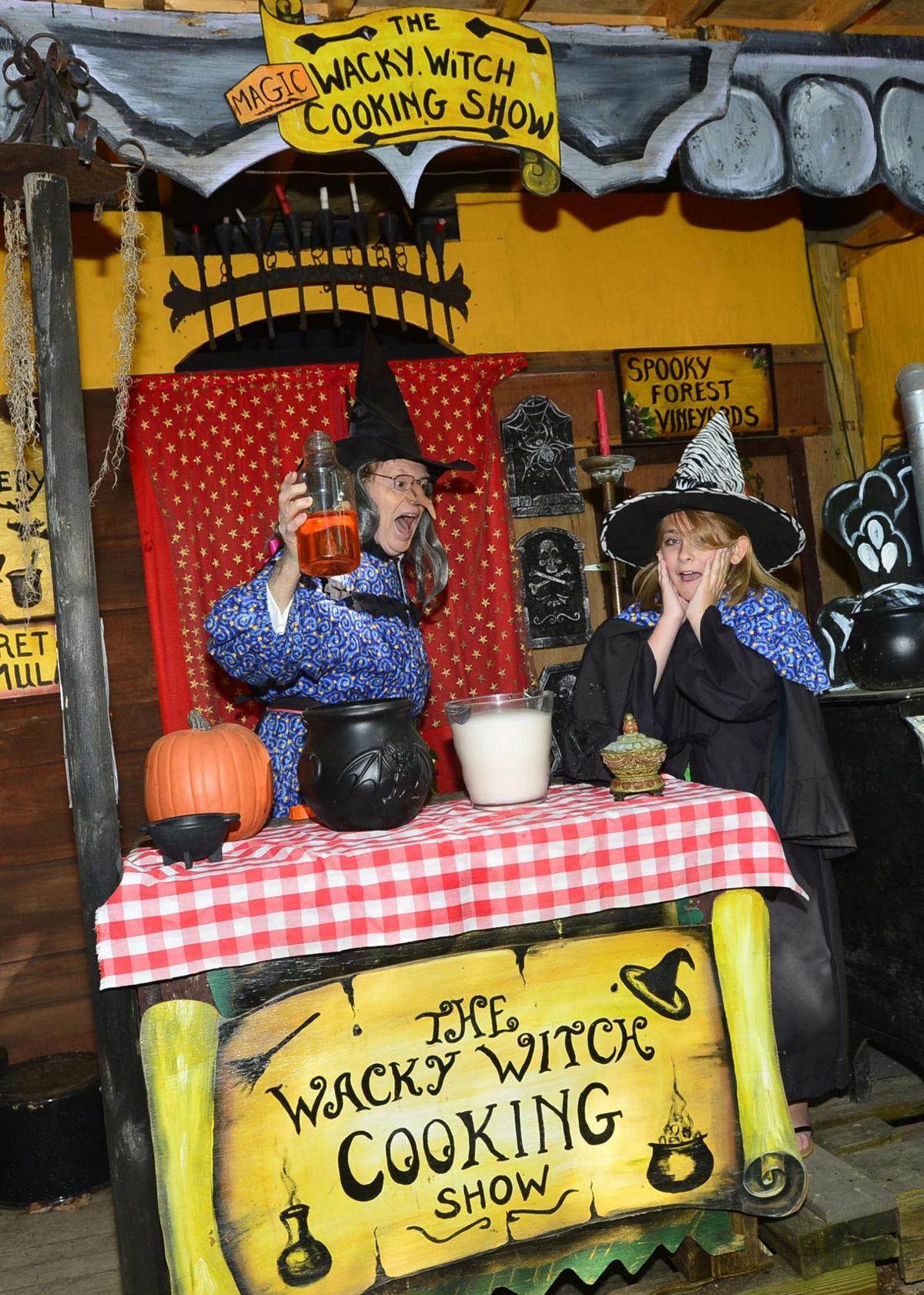 Alden Foppes, left, and Zach Walker rehearse a scene from The Pirate Show at Holiday Hollow.

CORFU — The trails wind around trees and over rocks, leading visitors to a dozen sets and buildings that create a small village in the woods. It looks as though it were built by forest dwellers to bend and sway with the natural formation of the land.

In fact, it was all created from a bulldozed plot.

Twenty-five years ago, Holiday Hollow was only a plan, a venture concocted by George and Barbara Walker to entertain people with their wacky sense of humor.

Nothing stood on the land, not the pirate ship set, the popcorn booth, or even the trees.

The Walkers built everything, literally, from the ground up. They even planted the trees.

For more than two decades, the Walkers and their large extended family have written, staged and performed silly shows at Holiday Hollow, a festival that runs Saturdays and Sundays each October.

George Walker calls it a mini Renaissance festival with a Halloween and pirate theme, as all of the shows feature witches, gypsies and pirates.

This October will be the 25th and final season.

“We didn’t know how long we’d be doing it,” George Walker said, reflecting on the festival’s success. “We were just taking it a year at a time, and all of a sudden a quarter of a century went by.”

When they opened that first season, the Walkers were still living in Batavia. They later built their house on the same grounds as Holiday Hollow along with Yorkshire Hall, their banquet and dinner theater facility.

With the end in sight, the Walkers aren’t about to ride out the final season with apathy and complacency. They’re approaching it with the same passion and vigor as any year before it.

This year’s Holiday Hollow festival will feature two new shows and well as re-worked scripts for holdover skits. One of the new shows is the Weird Sisters Coven Show that deals with a family of witches. The other is a completely new Gypsy Show, which was actually written by Lexie Zanghi, 15, one of the Walkers’ grandchildren.

Growing up at the Hollow

Zanghi, like her brother, Henry, and sister Lindsey, started in the shows at a young age. Their mother, Kelley Zanghi, has been involved since day one. The kids all grew up at Holiday Hollow.

“It’s kind of sad,” Lexie Zanghi said of the festival’s impending closure. “I have a lot of lines in the show, but I wanted to keep going and be the star of the show. I like acting and wanted to get bigger parts.”

Holiday Hollow has been as much a part of the Halloween season as haunted houses and hay rides. It’s listed as one of the bigger attractions in Genesee County on tourism websites.

“To us, it’s a celebration, really,” George Walker said. “If you think about other kinds of entertainment, when someone has a 25-year run, that’s pretty awesome. Even though it’s going to be our farewell season, we’re really happy about what’s been done. It’s funny to think about, and we see it with our own family, kids who were 10 years old 25 years ago are 35 now and have kids of their own. We have three generations of audiences and three generations of performers.”

“We’re not limping to the finish line; we’re going out with flair and energy and enthusiasm,” George Walker said. “This is also everyone’s last chance. We are proud to keep the energy up. They’re going to get the same quality, the same energy and two new shows. Hopefully, we’ll go out at full steam.”