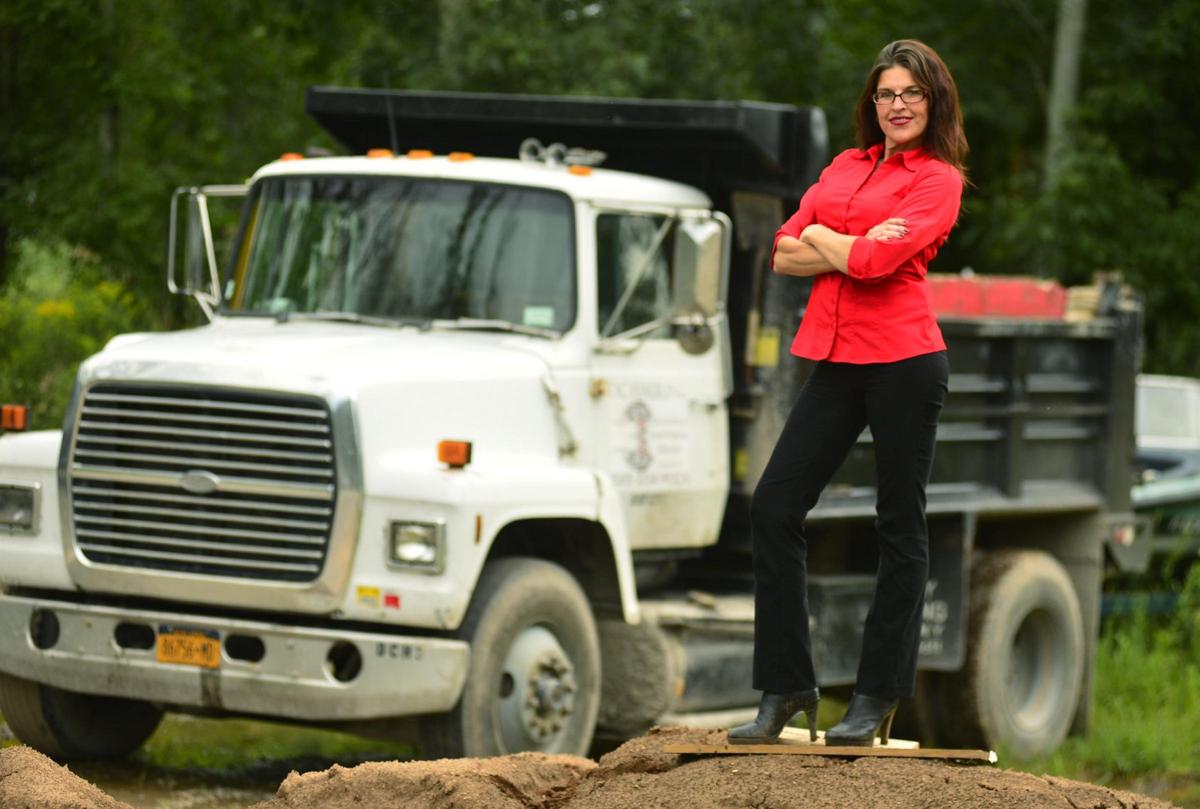 Heather Colella is responsible for every aspect of business at DC Hauling. She opened the business in 2012 and has increased revenue more than 16 times the amount she made that first year. 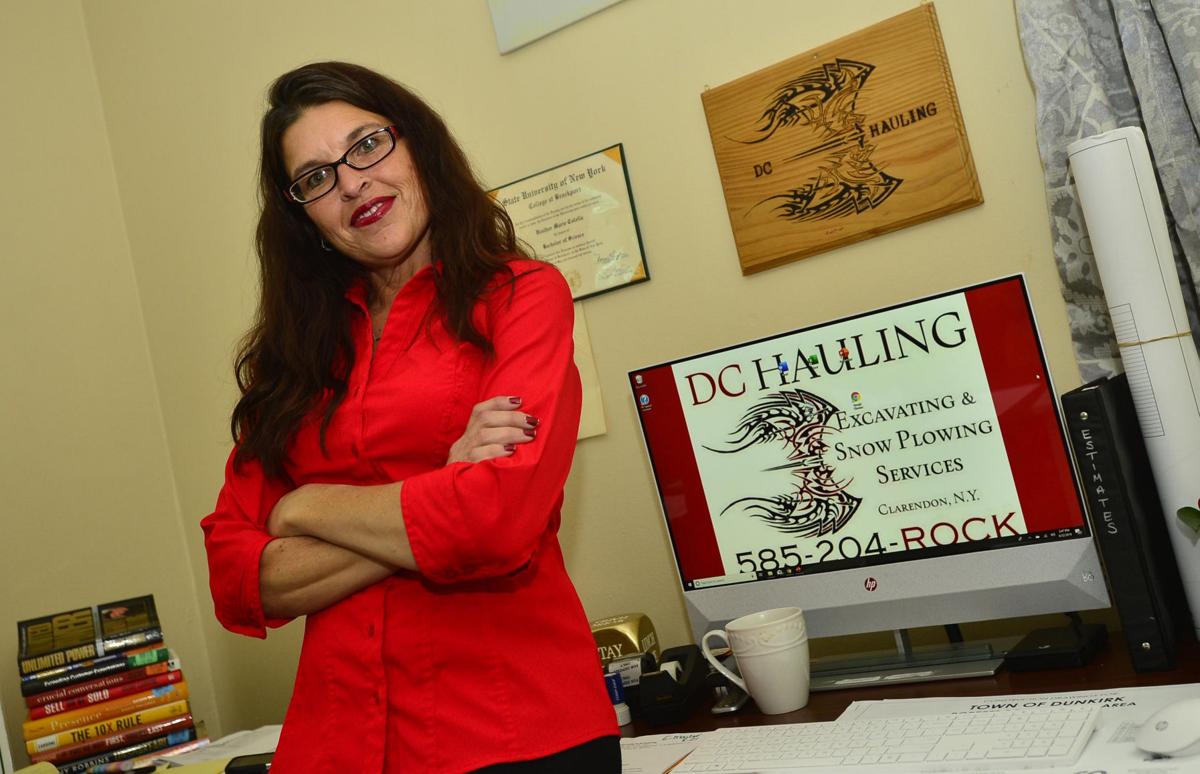 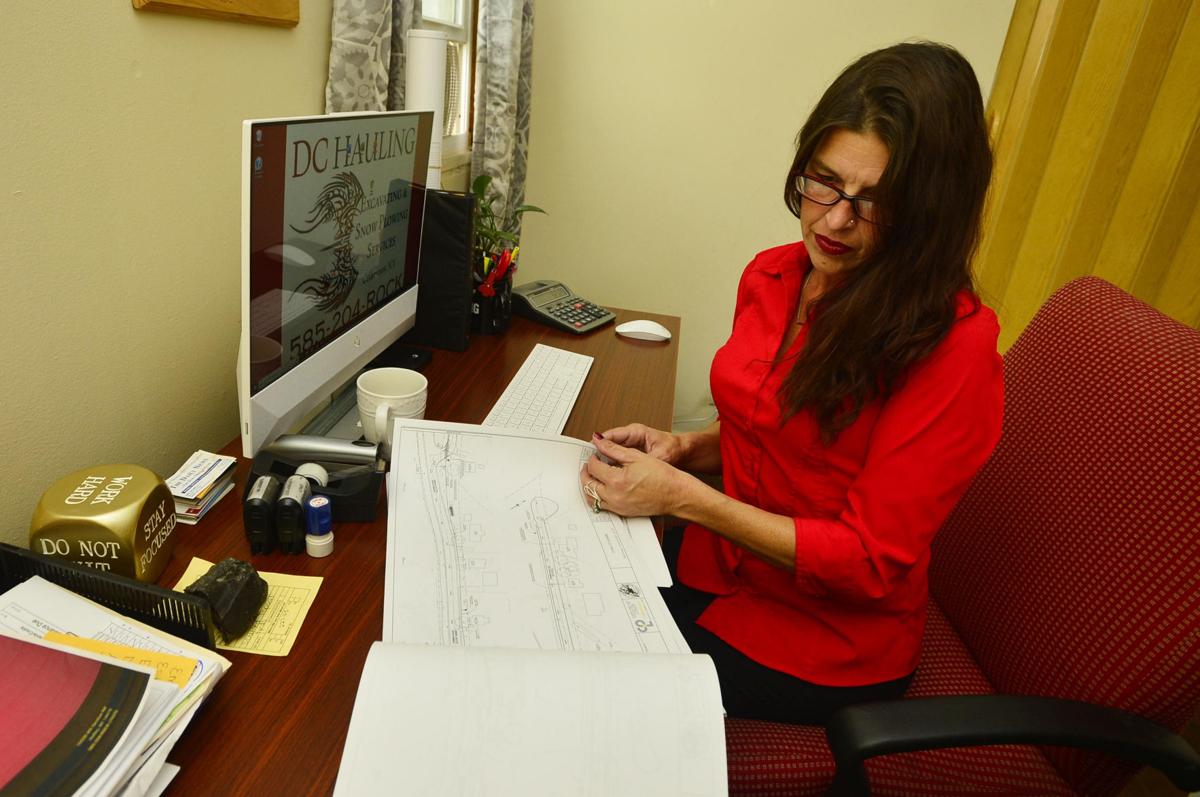 Heather Colella is responsible for every aspect of business at DC Hauling. She opened the business in 2012 and has increased revenue more than 16 times the amount she made that first year.

HOLLEY — It all started on a Saturday morning in March 2012.

Heather Colella was sipping her coffee, unemployed, cutting coupons and struggling to pay the bills with her husband, Dan

After another day of being unable to find a job, she took the laptop from her husband and typed the word “dump truck” in Craigslist and found one.Dan used to want to own a construction business, but when Colella asked him why he never did, he told her he couldn’t run a business.

Now known as DC Hauling, that first fiscal year they finished with a revenue of over $50,000. Now, in 2019, they are on track to exceed $800,000 in sales for the year. She said her business advisor told her DC Hauling is growing by leaps and bounds.

While her husband has a background in working with people who need excavation work, Colella had gone to The College at Brockport for psychology and sociology.

DC Hauling’s motto is “DC makes it easy” and does so by offering pre-estimates over the phone. It was the first construction business in the area to advertise discounts and free services to veterans and elderly and disabled community members, setting the trend in the local construction industry.

Colella went through New York State to become a certified Women Owned Business, and she said other than “a few old-school old timers,” people are very accepting. But she did say she thinks it’s hard for people at first to take her seriously.

“When I was getting certified as a Women Owned Business, me and the certifier through New York State — and you know how New York State is, they’re not very nice people — and when you are being certified as a Women Owned Business, the first thing they assume is you are lying,” she said. “They assume it is your husband’s business, that you are trying to get a benefit for your husband and you are lying to say you own, operate and run this business.”

“So he called back again the next day, and I was plowing,” Colella said. “Like literally plowing snow in a snowstorm. But I answered the phone.”

She said she got angry with every word that came out of his mouth, especially when he said, “well if you are really a women owned business, why is your name DC Hauling after your husband?”

After she told him it was to honor Dan, he asked how he could know that she was really the one running and operating the business. Colella snapped that he was distracting her from plowing snow in the middle of a snowstorm as they spoke and hung up the phone.

“When I called him back, he was much more pleasant,” she said. “I’ve noticed I had to get nasty at times. ... You need that. You need to be able to stand your ground. I think the thing I’ve noticed the most is how to separate how you would react to something on a personal basis versus business.”

Colella is responsible for all things business in DC Hauling: the phone, sales, customer service, human resources, advertising, accounting, banking, insurance, as well as communicating with their CPA and attorney. This is on top of her responsibilities for procuring labor and subcontractors as needed, physically working on the job site, maintenance on vehicles, delivering materials, bringing items to the job site, and plowing.

Colella said she would like to get into real estate — selling, buying and flipping houses, renting properties — eventually, and when she officially retires, it is her dream to open a small diner restaurant.

DC Hauling does gravel, asphalt and concrete, hauling, excavating and grading, and maintenance work in the Orleans, Genesee and Monroe areas, as well as outskirts of Livingston, Ontario and Erie counties. They also do municipal work across New York state, and currently have jobs in Dunkirk, Alexander and Ripley.