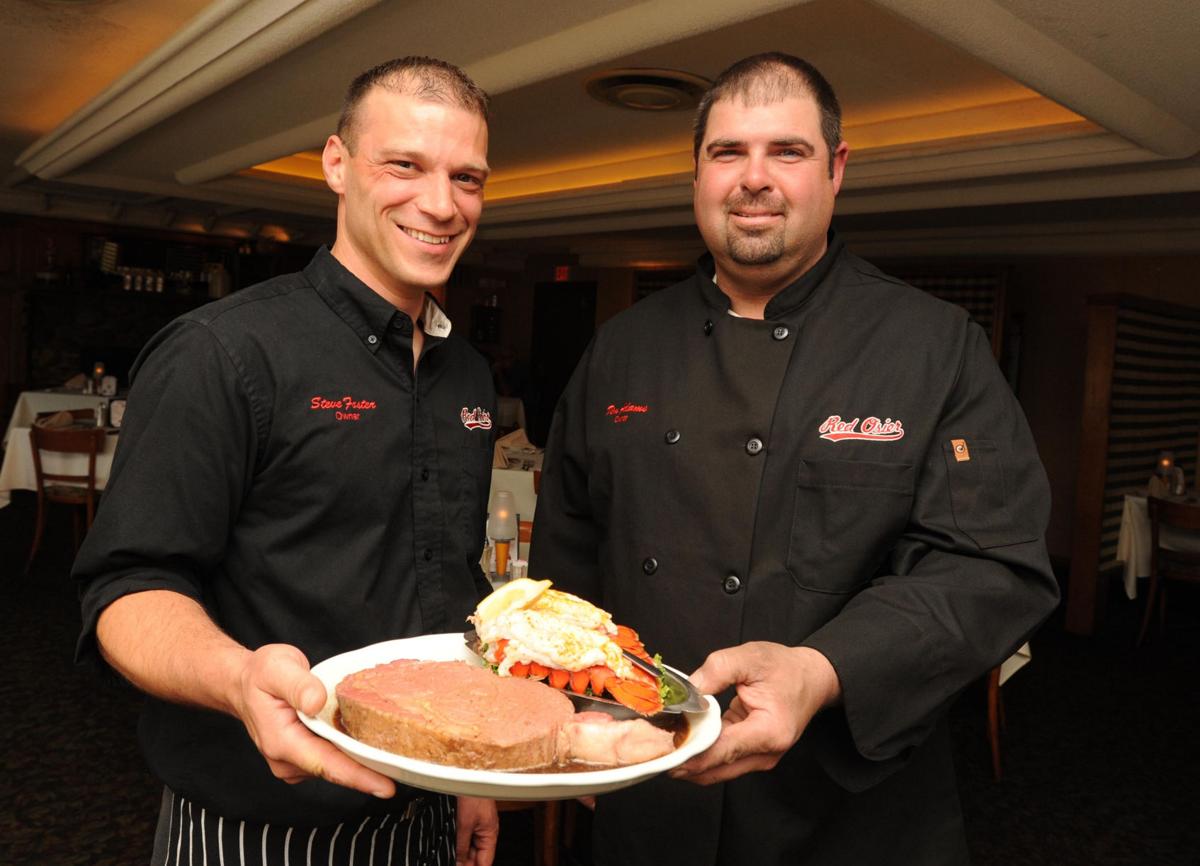 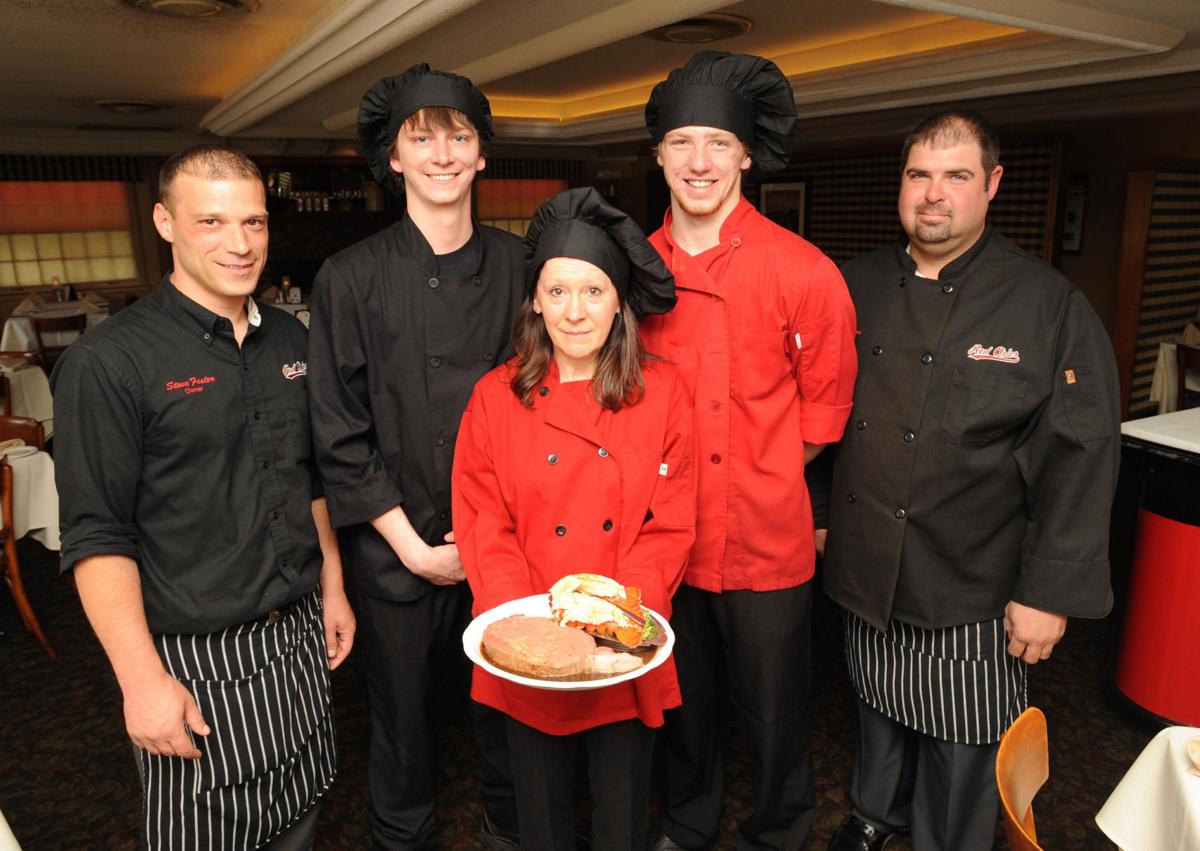 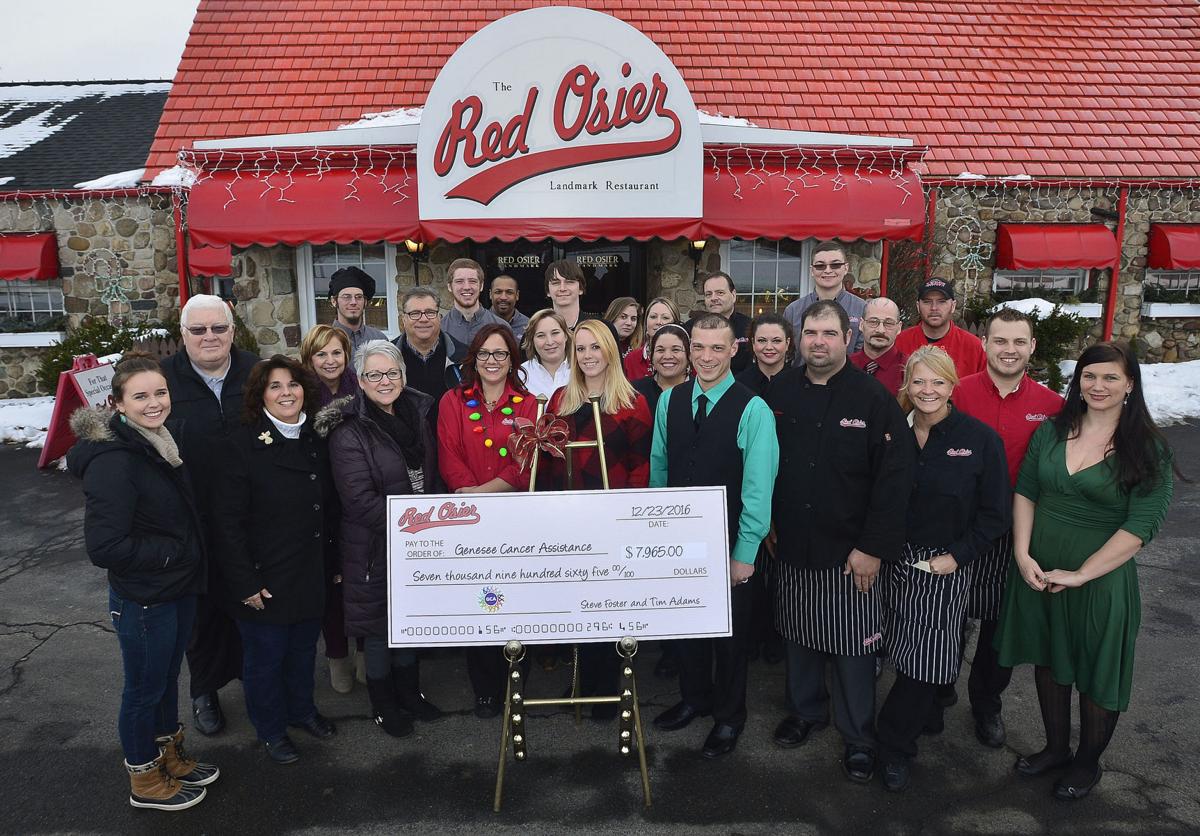 Steve Foster and Tim Adams at right of the check and at the left of check are members of Genesee Cancer Assistance. They are surrounded by Red Osier staff.

Steve Foster and Tim Adams at right of the check and at the left of check are members of Genesee Cancer Assistance. They are surrounded by Red Osier staff.

STAFFORD — The new owners have given new life to the Red Osier, and they’re being recognized for it.

Steve Foster and Tim Adams are being honored by the Genesee Chamber of Commerce with the Special Service Award, which goes to those who have shown substantial support in the community.

“It’s humbling to know we’ve only been owners for nine months,” Foster said of winning the award. He added that although he and Adams did not set out to win awards, their increased involvement in the community is by design,

Foster and Adams grabbed the reins of the iconic restaurant last year and have worked tirelessly to make it a place the community can continue to be proud of, not only for the food but for the activism.

The two have put together a lot of efforts to show support for the community they work in. They served a Thanksgiving meal for the first time and donated all of the proceeds to the Genesee Cancer Assistance.

Their involvement in the community has even become something the staff looks forward to; Foster said some of his employees come to him with suggestions for what community entity the restaurant should support that month.

But when the two heard that another prospective owner had plans to relocate the business, that’s when Foster was all in.

“That’s when I said, ‘Let’s buy it,’” Foster, who has worked there for 20 years in various capacities, told The Daily News in a previous story.

“Owning this restaurant is a once-in-a-lifetime opportunity,” Adams previously told The Daily News. Being honored for efforts in the community is nothing new for Adams, who was named “Genessean of the year” in 2013.

The two owners have done a lot over the course of the year in addition to the Thanksgiving dinner. The Red Osier has made numerous donations to local events including the Spirit and Skivvies event in November in Byron and to the Stafford Historical Society back in October.

Beyond donating to other local efforts, Foster and Adams worked very hard this past holiday season to make the restaurant a destination.

They did so in the form of over 1 million Christmas lights.

“Ever since I was a kid, I’ve loved to decorate with Christmas lights and wanted to come and do (the Red Osiers’),” Adams said when he first became owner.

The two have made a name for themselves since taking over, but they don’t like to take all the credit.

“I would say that we have the best wait staff and all-around staff of any restaurant in Western New York,” Foster said in October.

And not only is Foster looking forward to the future of the restaurant, he said everyone can continue to expect the charitable efforts.

“People certainly can expect more, it’s just the beginning for us,” he said.