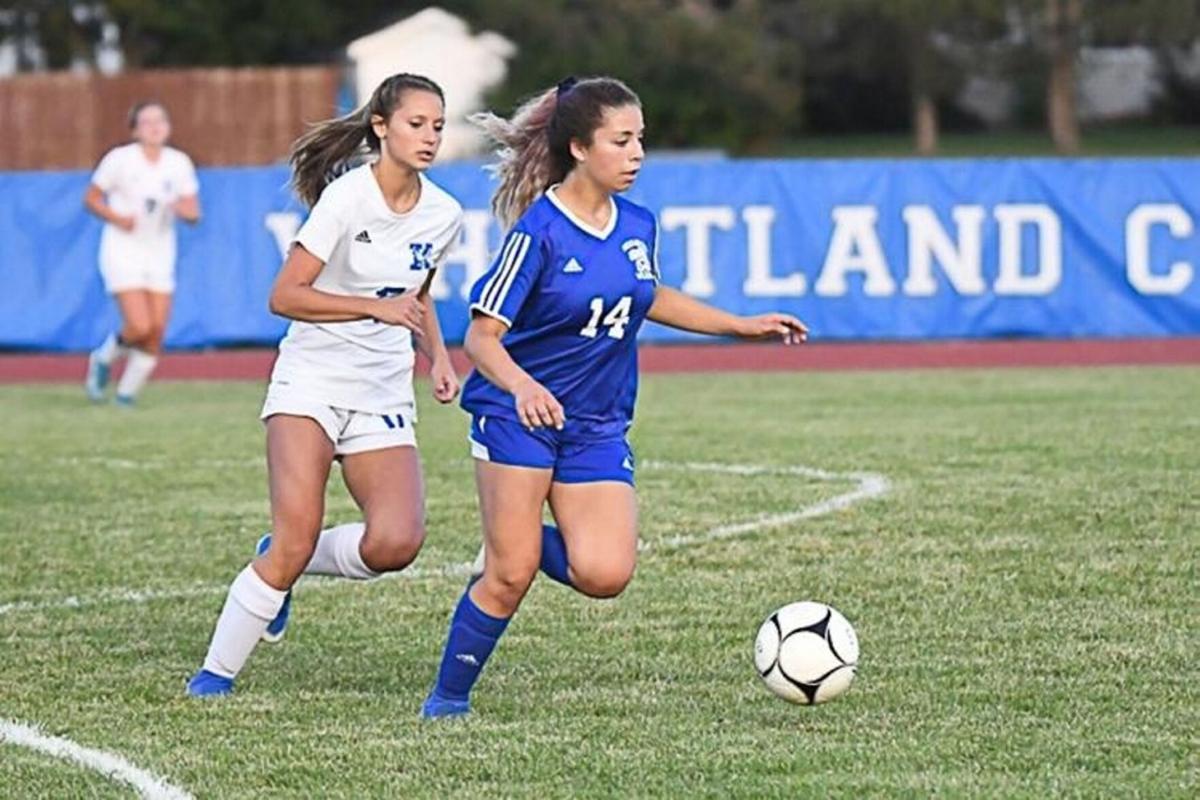 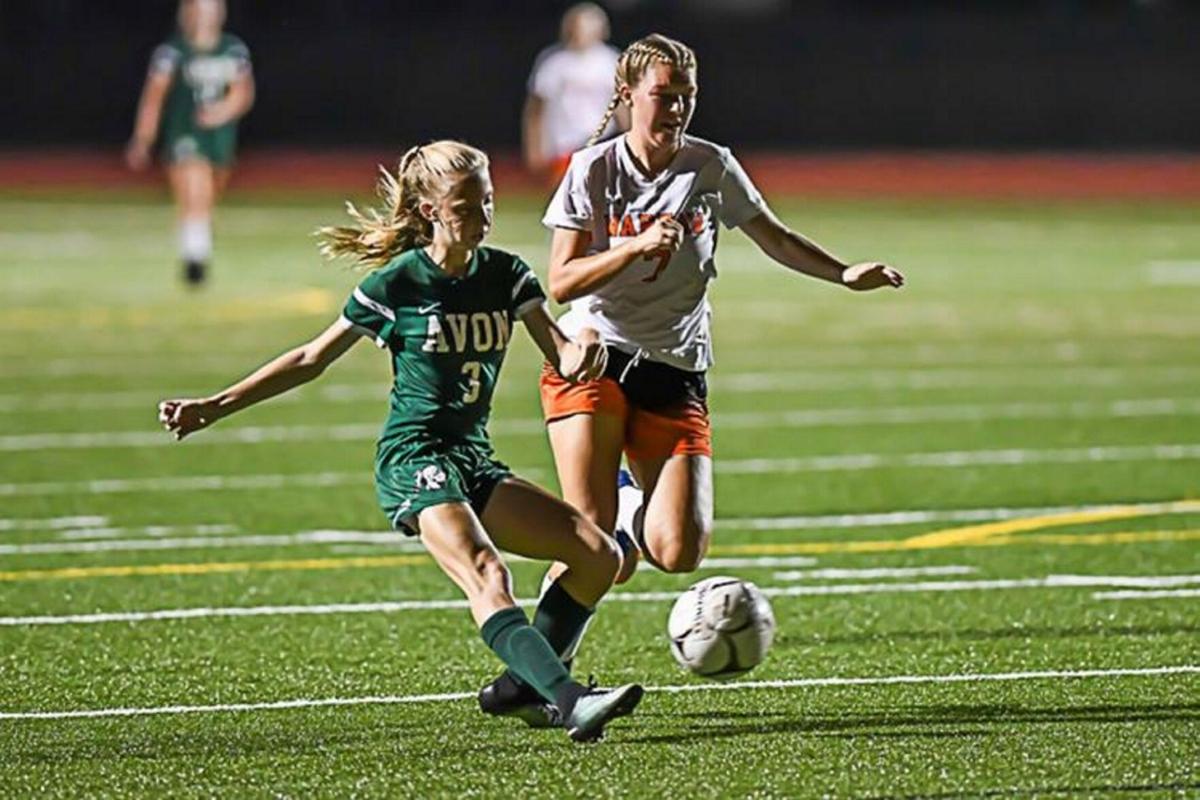 File Photo Avon’s Ellie Cochrane is one of the most exciting underclassmen in Section V Girls Soccer. 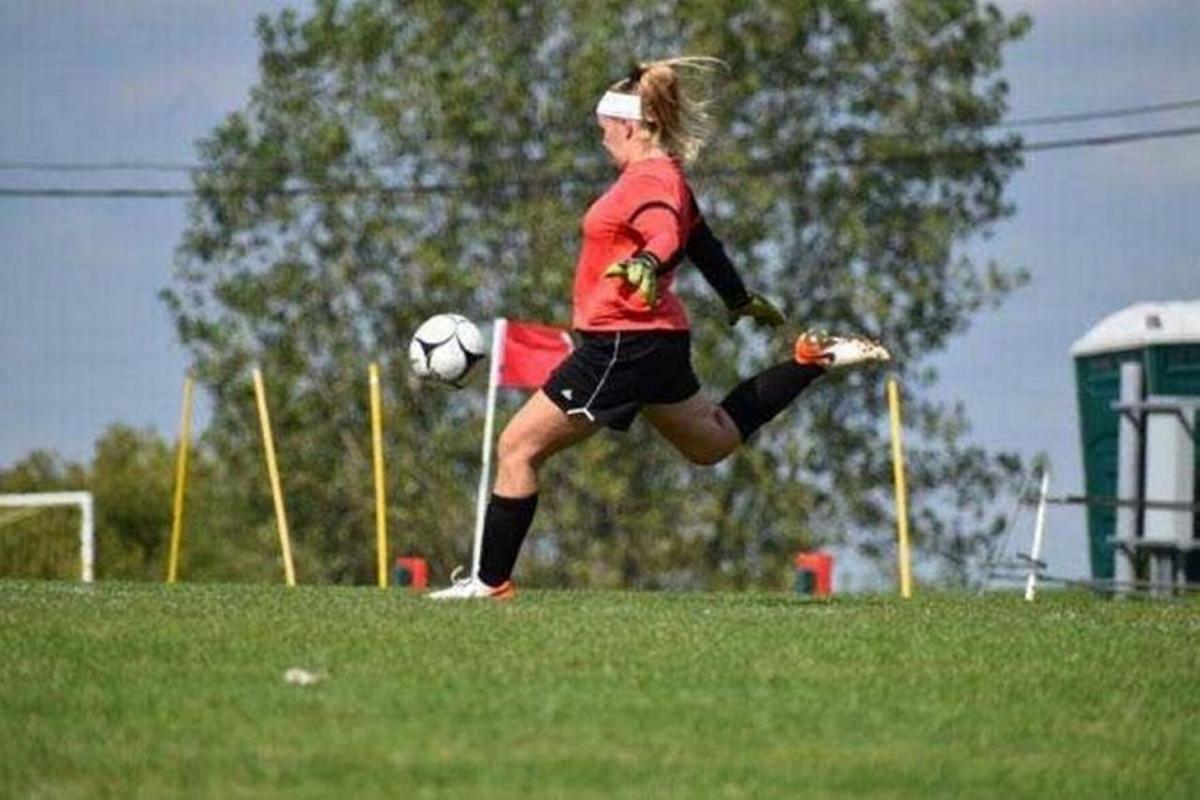 File Photo Geneseo’s Faith Hainsworth is one of the top returning goalkeepers in the GLOW region this season.

File Photo Avon’s Ellie Cochrane is one of the most exciting underclassmen in Section V Girls Soccer.

File Photo Geneseo’s Faith Hainsworth is one of the top returning goalkeepers in the GLOW region this season.

While what NYSPHSAA has classified as fall sports that carry a high risk of spreading COVID-19, such as volleyball, cheerleading, and football have been moved to the spring, there will be what has been termed as low-risk sports, including girls soccer, played this fall.

While it certainly won’t be the same as seasons’ past, with several changes expected to infiltrate what we are used to seeing on the high school soccer field, it will be soccer nonetheless and athletes around the GLOW Region are gearing up for what they hope is a successful year. There are several exciting players from throughout the region returning to the pitch and several teams are expected to enjoy breakthrough campaigns.

Here are 15 players to watch for this season:

Cochrane finished last season with 20 goals and 18 assists, both marks being team-highs for the Braves who finished with a 16-2 record and a Class B2 Title. Avon has lost eight seniors which helped pace last year’s team, leaving Cochrane, who is entering her third varsity season, with a tall task in leading a much less experienced team in ‘20. Cochrane, along with returning co-captains, M/F Natalie Masten and M Emma Clarke will help guide a relatively young Avon squad in ‘20.

The Bees lost their top-four scorers from a season ago but return the anchor of their defense. Hersom. The B-B senior is entering her third season at the varsity level and is coming off of a monster year in which she stopped 89 percent of the shots she faced (144), and allowed less than a goal per contest. B-B finished last year with a disappointing 1-0 loss at the hands of Class C1 mate Williamson, and with so many seniors from that team having been lost to graduation, the Bees will be forced to reinvent themselves offensively. With that said, they can take solace in the fact that their top-class goalkeeper is returning for her senior season.

Last season the Blue Devils bowed out in the sectional semifinal to a tough Wheatland-Chili team, but it wasn’t because of their goalkeeper. In that loss, Hainsworth kept her team in the game, limiting the Wildcats, a team that recorded 109 goals during the ‘19 season, to just three in the game. It was the first time Hainsworth had let up more than two goals in a game all of ‘19, a season in which the Blue Devils goalkeeper recorded an amazing 11 shutouts, including a streak of nine-straight clean sheets from September 28 to October 25. This ought to be another big year for Geneseo and expect Hainsworth, who is entering her fourth varsity season to once again lead the way.

Passarell is part of a shortlist of returning contributors for Holley, which lost a total of 18 years of varsity experience when they watched its four seniors graduate (virtually) this summer. Hopefully, for the Hawks, Passarell, who is entering her sixth (!) varsity season on the pitch can add to an impressive junior season. In ‘19, Passarell recorded 13 goals and seven assists, and expect her to add to those totals this year.

Kendall made it to the Class D1 Final last season before falling to eventual champ Fillmore, 3-0. Plenty has been lost from that team, including four seniors who had accumulated 16 seasons of varsity experience. With that said, the Eagles return two of their three top goal scorers from a year ago in Wakefield, who finished last season, her third at the varsity level with 10 goals to go with 13 assists, and junior D/F Alezya Brown, who chipped in 12 goals and three assists in ‘19. With Brown and Wakefield, along with senior M/F Madison Jacob who was second on the team in ‘19 with 12 assists, returning to the lineup, Kendall should be a tough team to beat once again this year.

The Knights were right on the doorstep of a sectional championship a season ago, and much of what made them go was the effort of Luckey. Now a senior, the fifth-year varsity player will look to add to a solid season in which she scored 13 goals to lead her team.

Another reason why many believe Le Roy is due to get over the hump and win a title this year is Keister, a University of Pittsburgh commit who scored 10 goals and chipped in eight assists last season. Keister is a four-year varsity player.

In addition to all of the scoring that returns to the Knights’ lineup, Biggins is the rock every championship needs in the net. Stopping 179 of 204 shots that she faced, Biggins allowed just over a goal per contest for the Knights last season. This year will be her third varsity season.

While it was a season to forget for L/M, a team that won just one game in ‘19, a bright spot throughout an otherwise tough campaign was Lewis, who finished the year with 14 of her team’s 16 total goals. She also added an assist, therefore contributing to all but one of the goals her team scored in ‘19. There is nowhere to go but up for this young team, who will be led by this junior who enters her third season at the varsity level.

Walczak was pelted with shots all season long but managed to stop 232 of the 255 shots she faced in ‘19. Allowing just 1.6 goals per contest, she helped her team to a solid 10-7 campaign, which ended for O-A/E with a loss to eventual Class C1 runner-up, Williamson. This will be the fourth and final varsity season for Walczak.

While last season was forgettable for Perry, the Yellow Jackets return their top-two scorers from ‘19, including Uveino who finished last year with 15 goals and four assists. Already with three varsity seasons under her belt, don’t be surprised if Uveino helps Perry improve its 5-12 finish from a year ago.

Kelly was another bright spot for Perry last season, finishing with 11 goals and six assists. Kelly is just a second-year varsity player.

Hubbard was a machine for the Tigers in ‘19, which ended with Warsaw raising the Class C1 Championship trophy. This year, her third on varsity, Hubbard will be playing without her ‘19 counterpart, then senior Nicole Till. Till finished last season with 24 goals, the second-most on the team, behind Hubbard. As a result of the loss of Till, even more responsibility for making the Tigers’ offense run at a high level will be heaped upon Hubbard, who did more than just score goals in ‘19. To go along with her team-leading 25 goals a year ago, Hubbard also chipped in 27 assists, proving she is more than capable of getting her teammates involved, which she will have to do this year if Warsaw hopes to remain as one of the top teams in Class C.

It took the second to last player on this list to get here, but without further ado let’s present Niyah Rosado, a five-year varsity player who’s coming off a season in which she recorded 48, yes 48 goals to go along with 15 assists. Rosado is the most electrifying player in the GLOW region and perhaps all of Section V and will once again provide the Wildcats, who aren’t too far removed from multiple state title runs, with another chance of making a deep run in ‘20.

Allen is another exciting player to return for W-C, as she enjoyed a successful ‘19 campaign as the team’s starting goaltender. Allen finished ‘19 with a save percentage of over 85% and allowed less than a goal per game. Along with what is expected to be a high-powered attack led by Rosado, the Wildcats should be a top-level defensive team once again this season.