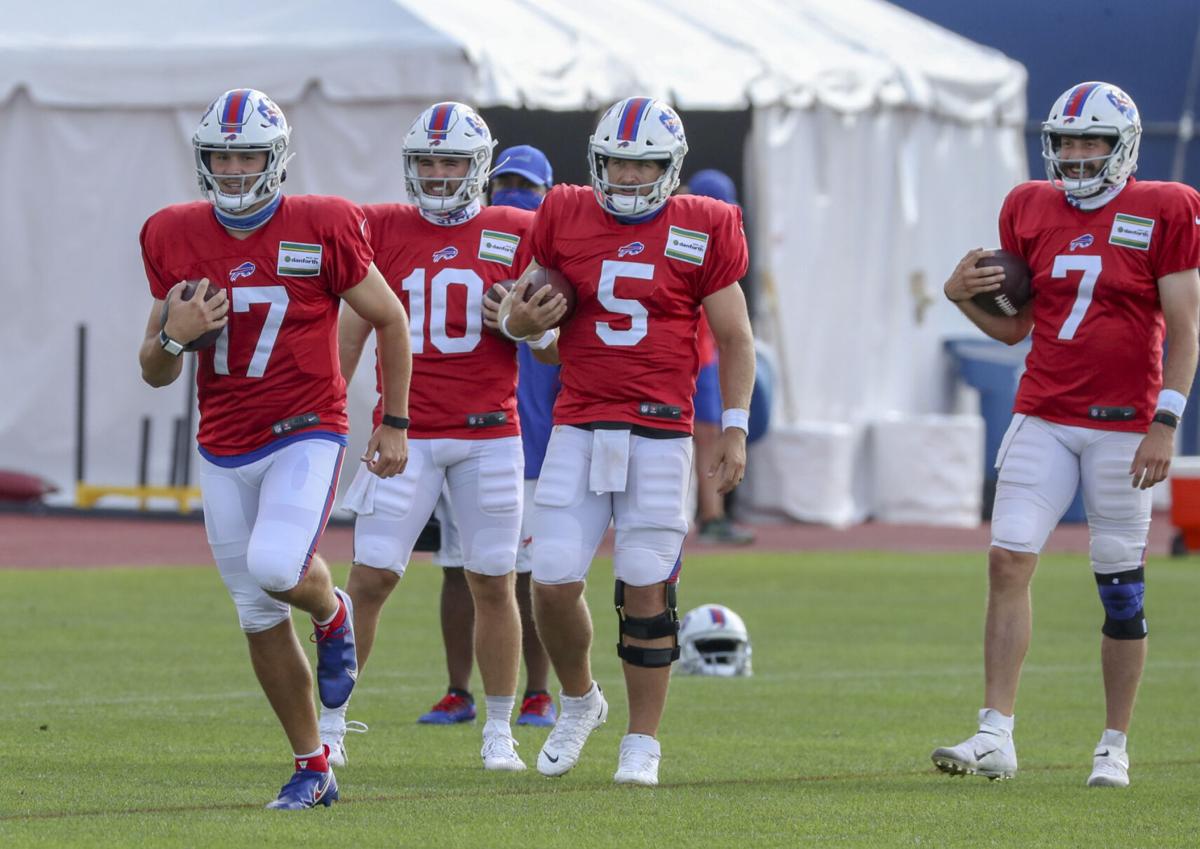 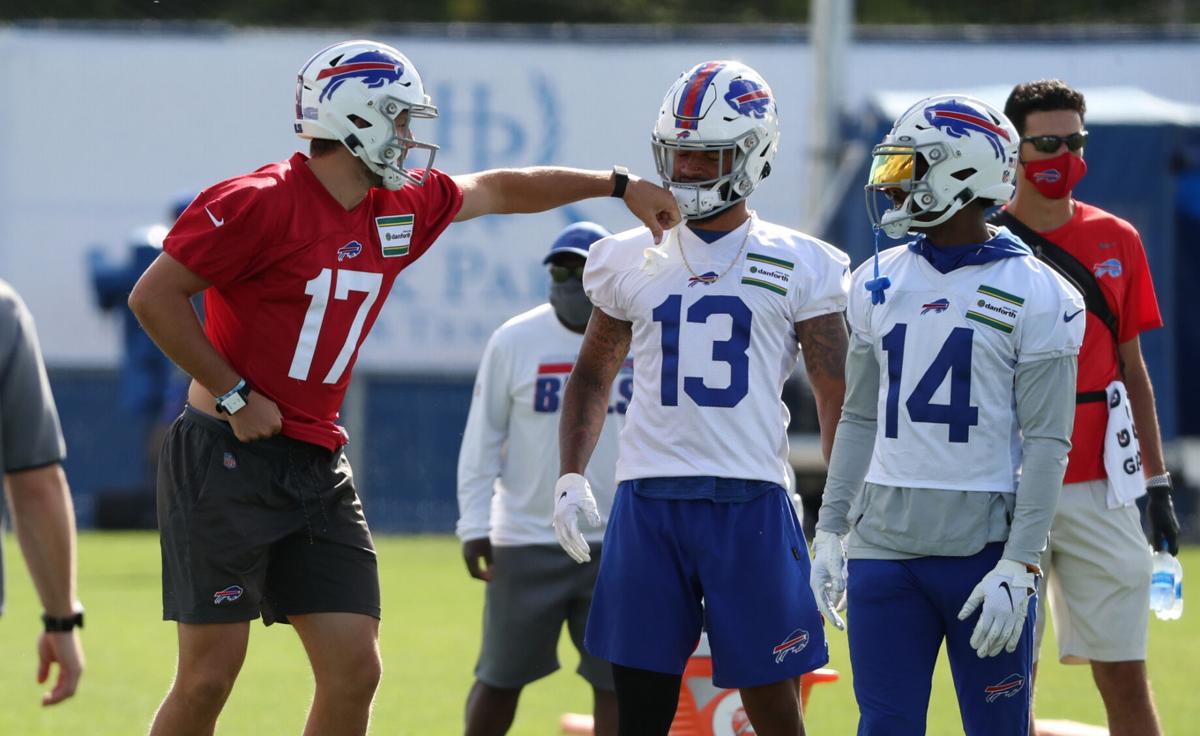 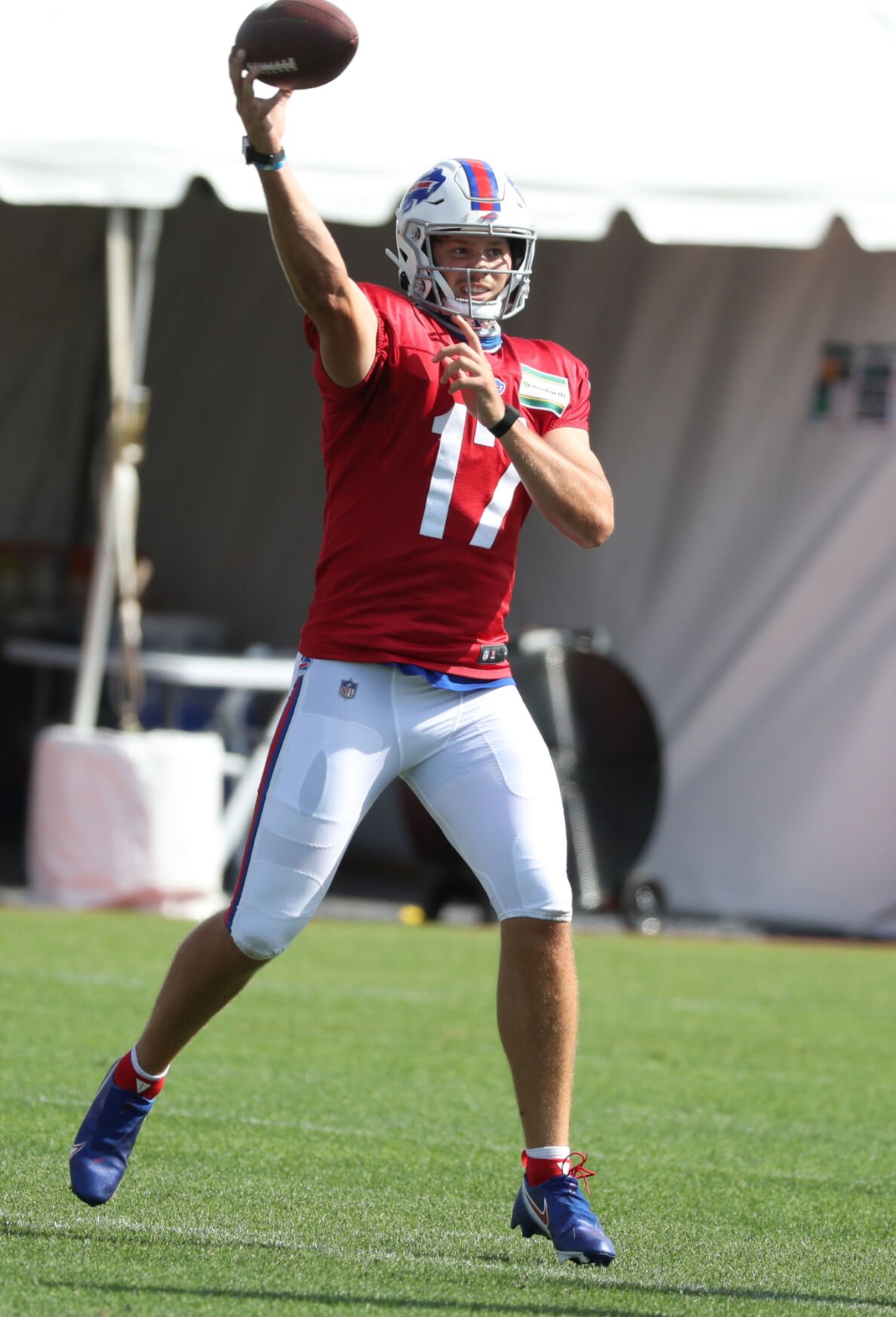 ORCHARD PARK — Throughout Sean McDermott’s time as head coach the Bills have focused on a ‘one game at a time’ approach. Trusting that process that McDermott and his staff have put in place has been vital to the team’s success which has equated to two playoff berths in three seasons.

That said, it doesn’t seem as if a playoff berth or even a playoff win will be enough for the Bills to be satisfied this season. A team typically focused on tempering expectations has instead made no secret about their ultimate goal, which is to win the Lombardi Trophy.

“I think the expectation for everyone, the job we are put here to do is to try and win a Super Bowl. I think that’s what our minds are set on,” said Bills quarterback Josh Allen on Wednesday. “At the same time it’s one game at a time, but ultimately everybody here would say that our goal is to win the Super Bowl.

The journey toward the Super Bowl begins for all 32 NFL teams this week, beginning with the kickoff game between the Kansas City Chiefs and the Houston Texans tonight. For Allen and the Bills, they will kick off their season with divisional rival the New York Jets on Sunday at 1 p.m. at Bills Stadium.

The Bills finished 1-1 against New York last season, falling in the regular-season finale, 13-6 with Buffalo having already clinched a postseason berth.

Allen is 1-2 in his career against the Jets and has struggled a bit through those three games, throwing for 465 yards to go with one passing touchdown against four interceptions. Against NY, he has added two rushing touchdowns while running for 139 yards on 19 attempts, but he’s also been sacked four times, which is something he is wary of as he prepares to go up against what he described as another tough, Gregg Williams’-coached defense. While some of the players have changed, Allen says that the system and the style of the Jets’ attack will likely remain the same.

As the signal-caller for the offense, Allen says much of that responsibility rests on him.

“That’s a big job on my part as a quarterback to get us (out of bad) situations and try to put us into good ones,” he said.

Getting out of those bad situations is never more important than on third down, added Allen, especially against a Williams’-coached defense which likes to get after the quarterback on third down.

“He likes to heat it up on third down,” said Allen about Williams. “He just tries to keep everything in front of you and then when he gets into a third and longer situation, that’s when he tries to strike and force you to make a bad decision.”

Along with the battle between Williams’ defense and Allen, many will also be watching for the battle between Allen and fellow 2018 first-round draft pick Sam Darnold. For Allen, however, who won’t spend a second on the field opposite Darnold, he is simply focused on beating the Jets’ defense which has given him fits in the past.

“Everyone likes to make these comparisons and stuff but when we go out there I’m not playing Sam Darnold I’m playing the New York Jets’ defense and he is playing the Buffalo Bills’ defense,” said Allen. “As cool as it is to play against him, (I am) worrying about what we are going to see on defense and what they can do to us there.”

A major focus for the Bills as they prepare for the Jets is a faster start offensively than they experienced in their two games against their division rival in 2019.

Equipped with a plethora of talented skill players, Allen knows that the Bills’ offense is due for a major step forward this season. However, he also understands that games aren’t won on paper, but rather through proper execution on game day.

“We do have a whole lot of talent here but at the same time talent doesn’t win football games,” added Allen. “The better team that executes on the field wins football games, so that’s what we have to do.”

Allen and the entire Bills roster has seemed to embrace the high expectations surrounding this team this season, and all systems appear ready to go as Buffalo gets ready to take on the Jets.

“I don’t think expectations have changed. We have to go out there and give our best effort against a good team and a really good defensive coordinator,” said the Bills QB. “So we have to be ready for everything they throw our way.”

Competing for playoff spots is fine and dandy, but competing for an AFC East and Super Bowl title is where the Bills want to be and it all starts with the performance of their third-year quarterback.