Sign Up
Log In
Purchase a Subscription
You are the owner of this article.
Edit Article Add New Article
You have permission to edit this article.
Edit
Home
COVID-19: Back open for business
News
Sports
Obituaries
Opinion
Arts & Life
Calendar
Photo and Video
Ads
More
Share This
1 of 5 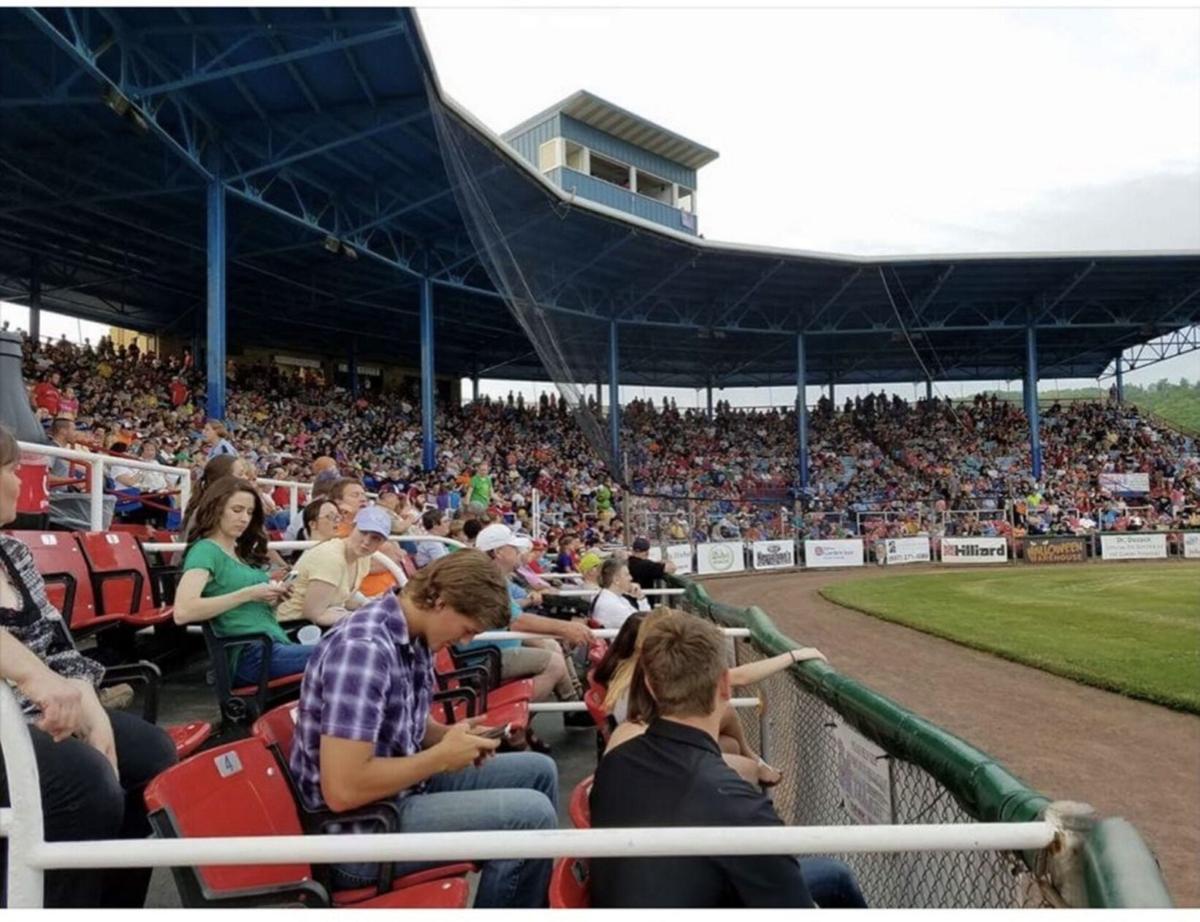 A view of the crowd at Dunn Field in Elmira, home of the Elmira Pioneers baseball team in the Perfect Game Collegiate Baseball League. The owners of the franchise will be bringing a team to Batavia's Dwyer Stadium this summer. The Pioneers have gone from averaging around 100 fans per game to being one of the top three teams in the league for attendance. 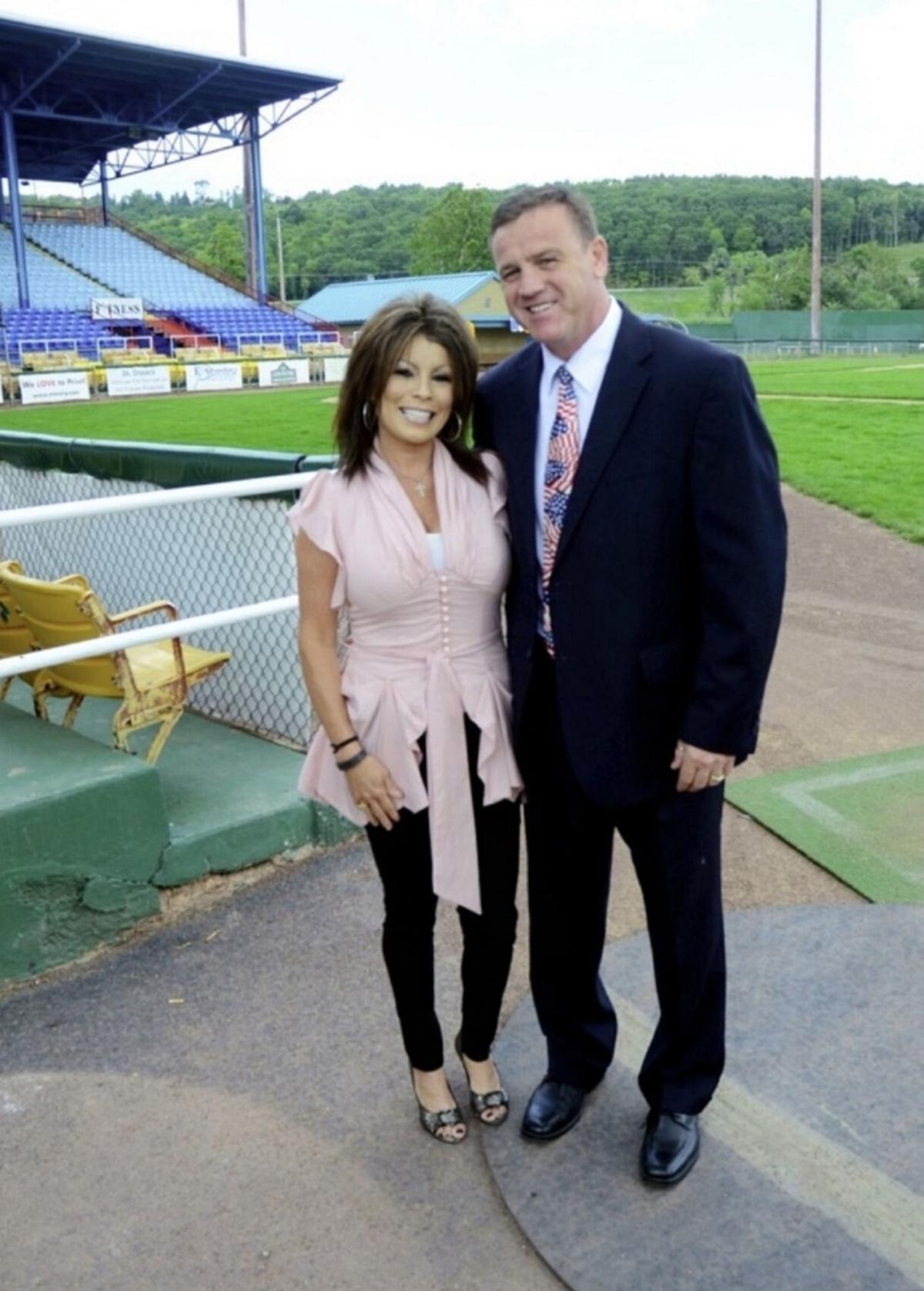 Photo providedRobbie Nichols, seen with wife Nellie, is looking to bring baseball back to Batavia with the Perfect Game Collegiate Baseball League. 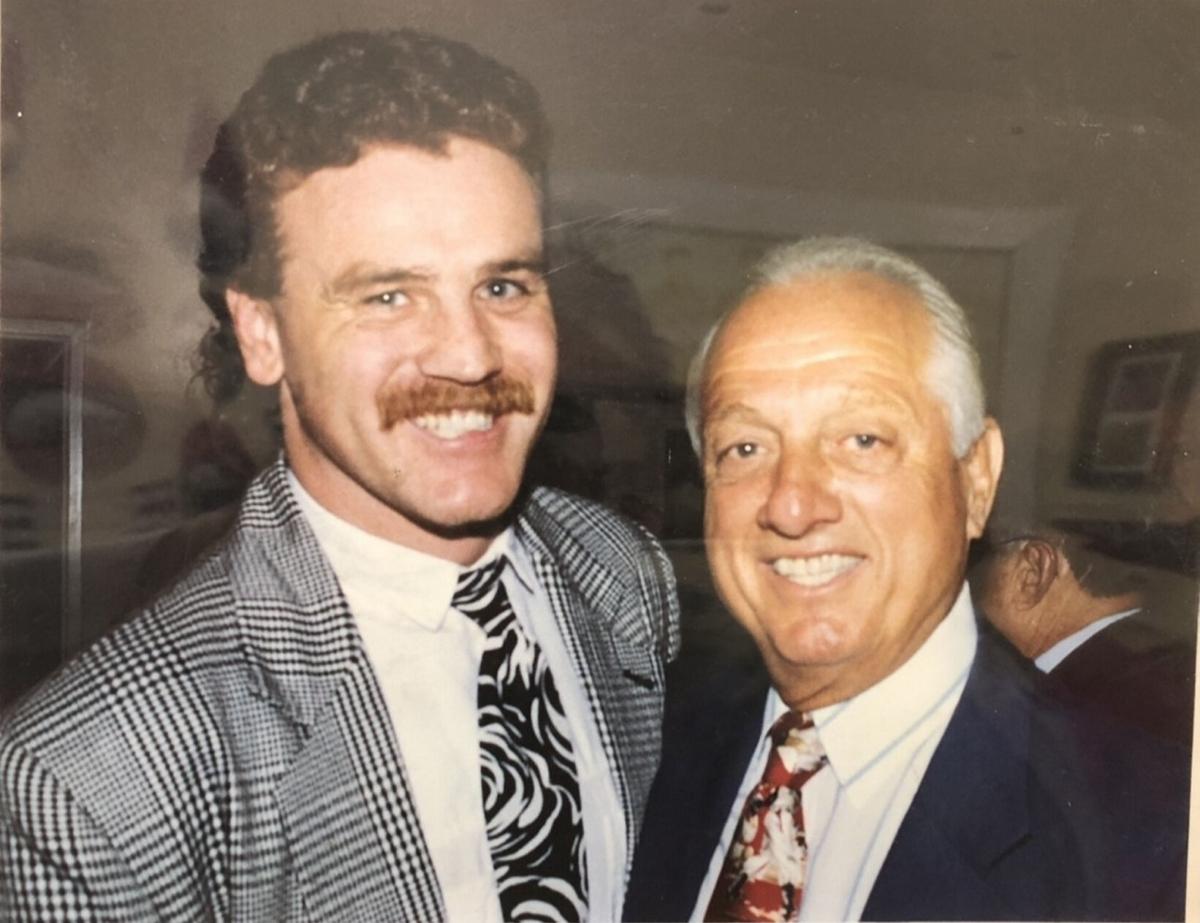 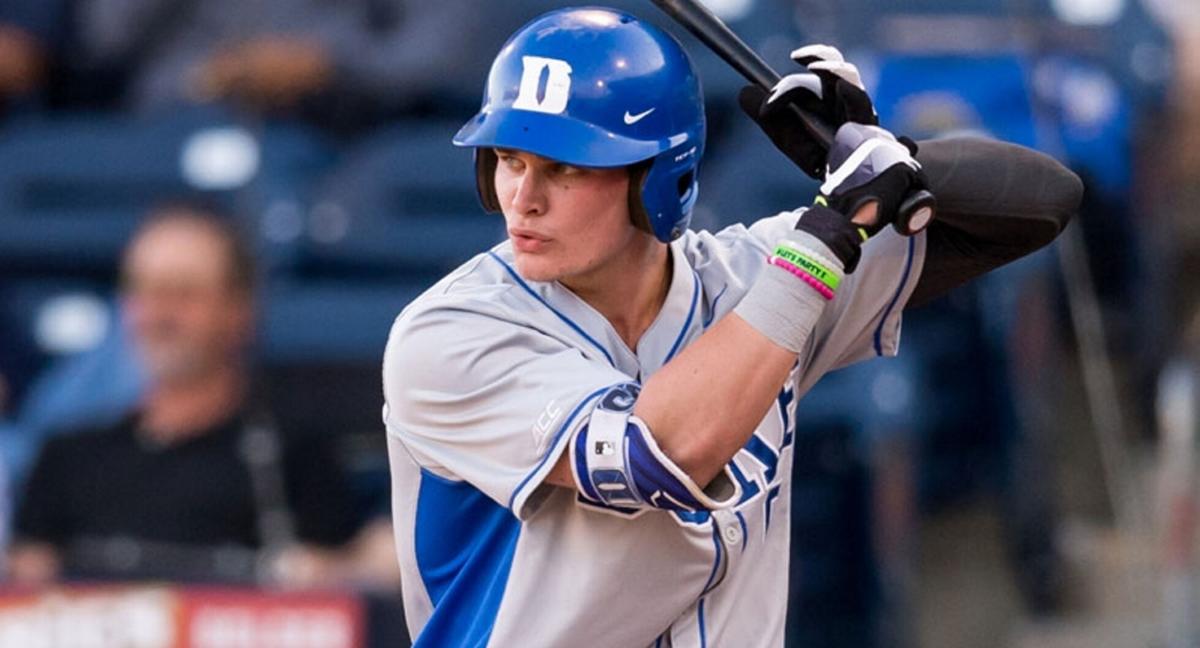 Photo providedIt appears that baseball will be returning this summer with the Perfect Game Collegiate Baseball League. 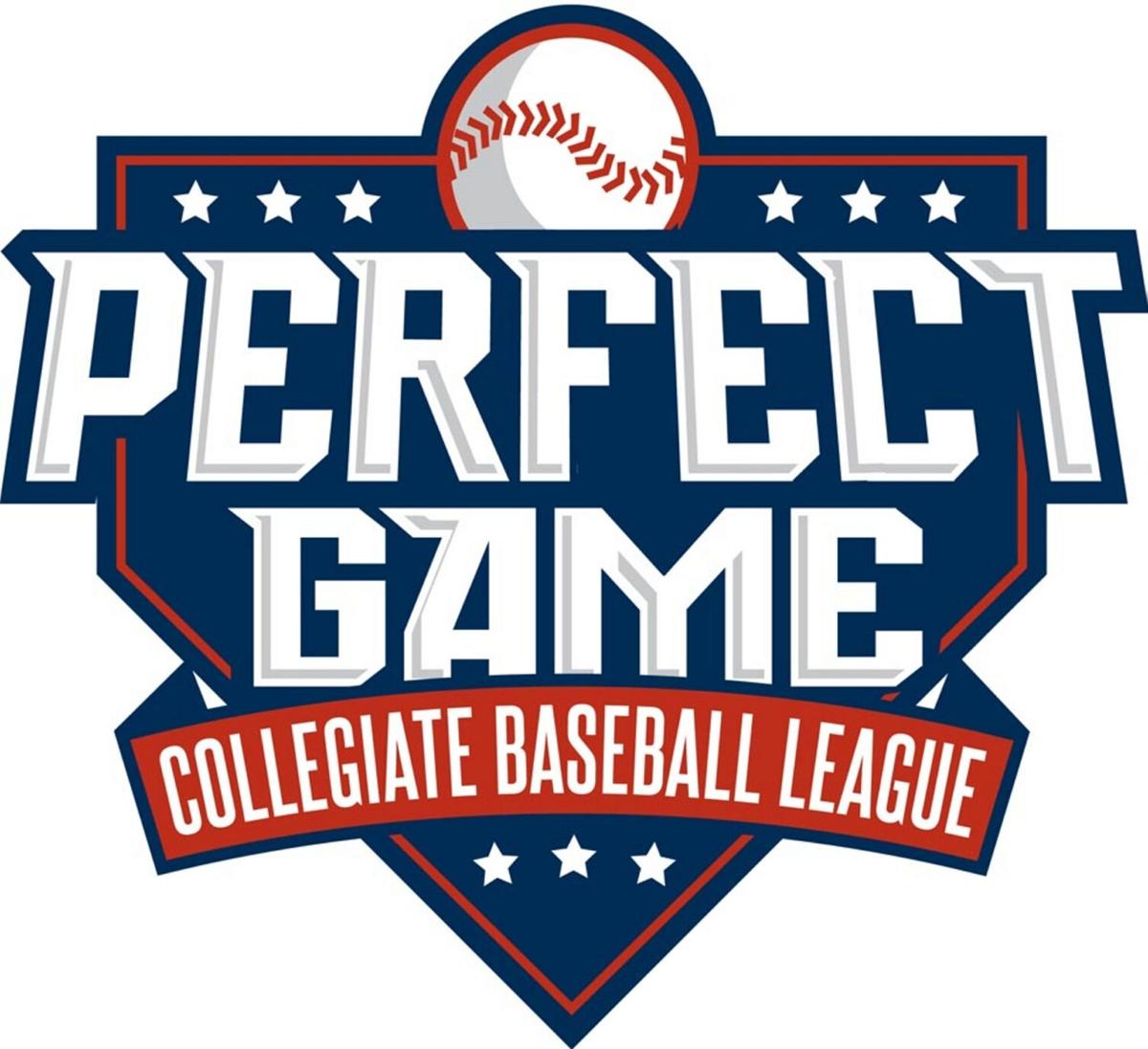 A view of the crowd at Dunn Field in Elmira, home of the Elmira Pioneers baseball team in the Perfect Game Collegiate Baseball League. The owners of the franchise will be bringing a team to Batavia's Dwyer Stadium this summer. The Pioneers have gone from averaging around 100 fans per game to being one of the top three teams in the league for attendance.

Photo providedRobbie Nichols, seen with wife Nellie, is looking to bring baseball back to Batavia with the Perfect Game Collegiate Baseball League.

Photo providedIt appears that baseball will be returning this summer with the Perfect Game Collegiate Baseball League.

BATAVIA — Last week, the organization that will now be considered formerly the Batavia Muckdogs officially announced that the era of professional baseball in the city is over.

In a statement released by the New York-Penn League and Batavia Muckdogs, president Ben Hayes quipped the following:

In 1939, the New York-Penn League (NY-P League) was founded in Batavia, NY (formerly known as the Pennsylvania-Ontario-New York (PONY) League), and has been the oldest, continuously operated CLASS A league in professional baseball. As one of the founding members of the League, the Batavia club has proudly provided affordable, family entertainment for the Batavia community and Western New York for decades. Unfortunately, Major league Baseball has announced it will no longer continue to offer Major League Baseball club affiliations to Batavia and most of the other clubs in the New York-Penn League. The result of Major League Baseball’s action means the end of professional baseball in Batavia.

“The elimination of this historic League as part of Major League Baseball’s player development system is truly heartbreaking for the NY-P League’s fans, communities, club employees, and club owners,” Hayes said. “Sadly, most of the NY-P League’s clubs played their final professional baseball games in 2019, and neither they nor their fans knew at the time that it would be their last professional baseball season. The elimination of these classifications of professional baseball by Major League Baseball will result in thousands of players, who would have had an opportunity to develop and compete to play in the Major Leagues, no longer getting the chance to live their dream. I’ve been working with Batavia Interim City Manager, Rachael Tabelski, over the past several months to ensure the Batavia community will continue to enjoy the play of live baseball at historic Dwyer Stadium.”

And pending a City Council vote on Monday night, it appears that baseball will, in fact, be returning to Batavia.

Last week, the Batavia City Council members announced that they will consider approving the proposition put forth by Elmira Pionners owner Robbie Nichols so that CAN-USA Sports, LLC., will own and operate a team that plays in Batavia in 2021 and play its home games at Dwyer Stadium as a part of the Perfect Game Collegiate Baseball League.

“We have a team in the PGCBL already (in Elmira) and Batavia has a rich baseball tradition, and we just want to continue the tradition,” Nichols said. “We want to have a successful franchise in Batavia.”

A native of Hamilton, Ontario, Canada, Nichols is a former American Hockey League and International Hockey League players and the 56-year-old owner of the Pioneers is very familiar with the area and new why he wanted to try and bring baseball back to the City of Batavia.

“The baseball tradition, the beautiful stadium and the professionalism of dealing with Mrs. Rachael Tabelski and Mr. George Van Nest (Batavia City Attorney,” Nichols said. “Their communication has been excellent.”

The PGCBL was founded in 2010 with eight teams — the Pioneers, Albany Dutchmen, Amsterdam Mohawks, Cooperstown Hawkeyes, Glens Falls Golden Eagles, Mohawk Valley DiamondDawgs, Newark Pilots and Watertown Wizards. There are plans to have between 14-16 teams this summer.

With plans to start the season in the beginning of May, Nichols admits that they are a little behind schedule in terms of getting the team in Batavia officially certified, but he is confident that they will be able to make it work. For that reason, Tabelski recommended approval at Monday night’s meeting so that Nichols and CAN-USA, LLC can have the appropriate time to get ready for the upcoming season.

With professional baseball having been in Batavia for over 80 years, Nichols is aware of what having a team in the city means to the residents and the loyal fans of the former Muckdogs. With plenty of local connections, including a number of former Buffalo Sabres — “Lindy Ruff, Scott Arniel. Clint Malarchuk, Perry Anderson, Tony McKeckney etc. Ric Seiling was my roommate in the American Hockey League, I was the Asst. GM/Asst. Coach for Rick Dudley, so a lot of Buffalo Sabres connections,” — there are plenty of reasons to believe that the wood bat league will thrive in Batavia.

According to the city, a five-year lease will be implemented and the city would be paid $1 for each of the first three years, $7,500 in the fourth year and $10,000 in the fifth year, with CAN-USA, LLC. paying both the utility and field maintenance costs.

Nichols says that his idea is that Dwyer Stadium will be continued to be used by local high schools, as well local youth leagues, and the City of Batavia says that the $7,500 and $10,000 payments to the city would be placed in a stadium capital reserve fund.

“My entire family toured Dwyer Stadium, it is a beautiful stadium, it needs some work,” Nichols said. “I have been through Batavia hundreds of times, the people have been friendly. I think with a lot of hard work we can make Dwyer Stadium the place to be in the summer.”

The Perfect Game Collegiate Baseball League will run through August and will feature mainly recently graduated Division I college players who are looking to move up the baseball ladder.

The name for the team has been narrowed down to three finalists, with ‘Muckdogs’ being one of them.

In 1961, Batavia made baseball history when the Pittsburg Pirates named Gene Baker as the team’s manager, making him the first African American to manage a professional baseball club.

In what turned out to be the franchise’s last season in 2019, the Batavia club won the Pinckney Division championship and competed for the NY-P League championship. According to the league, Batavia increased its attendance by 42%, and won an award for the best natural turf field in the NY-P League.