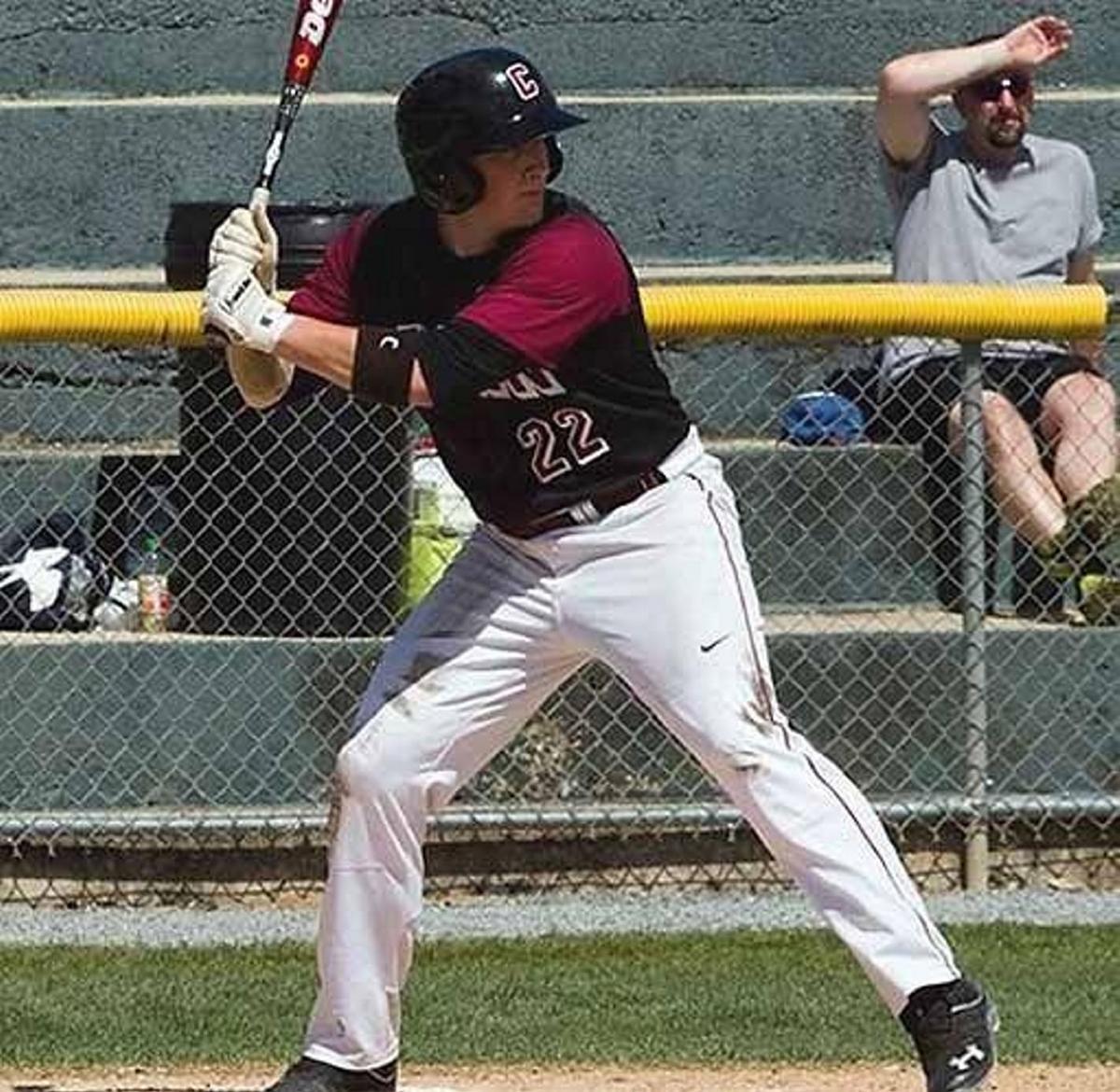 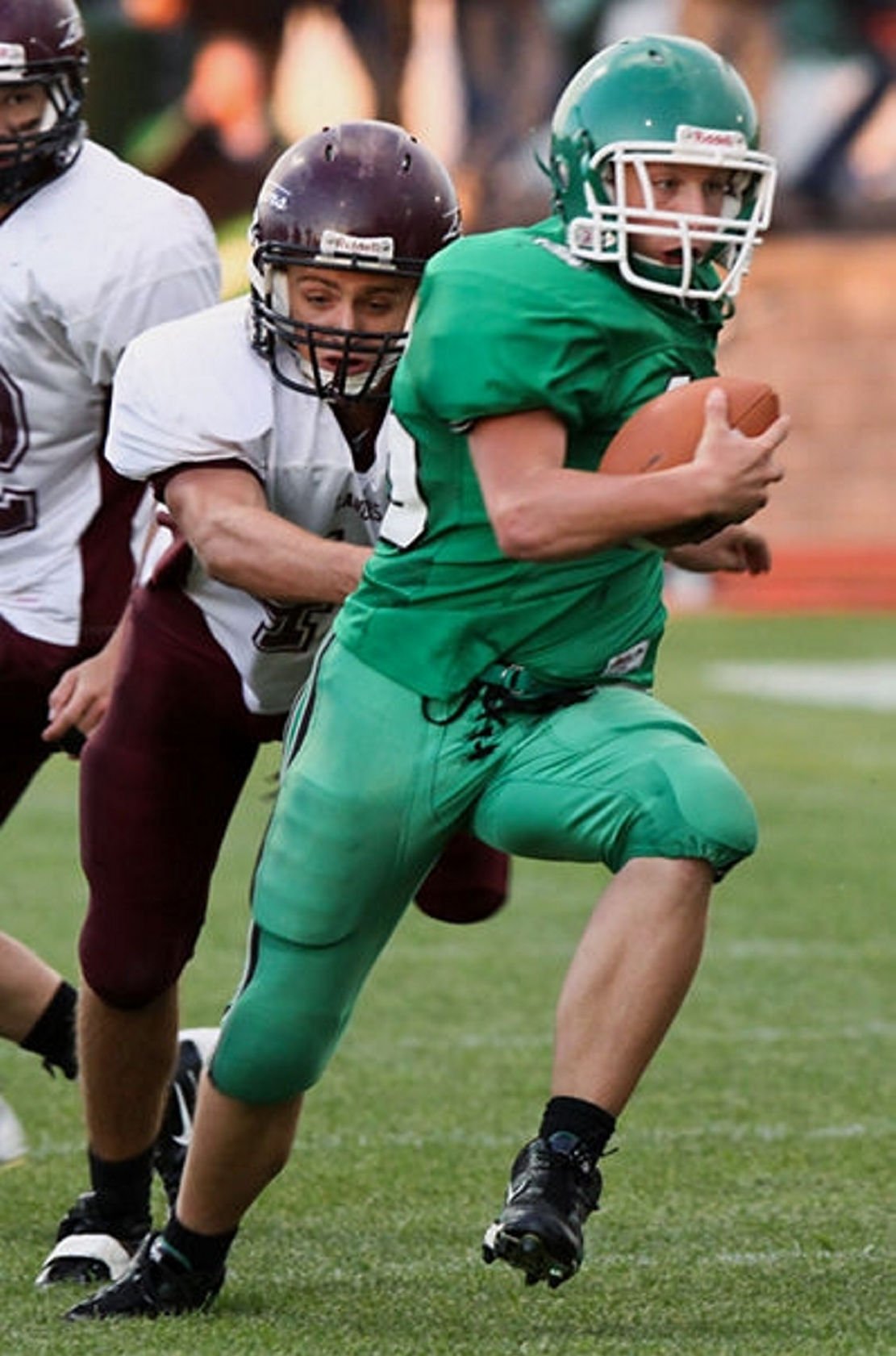 File photoCaleb Lang not only starred in baseball, but football and basketball as well at Pembroke. 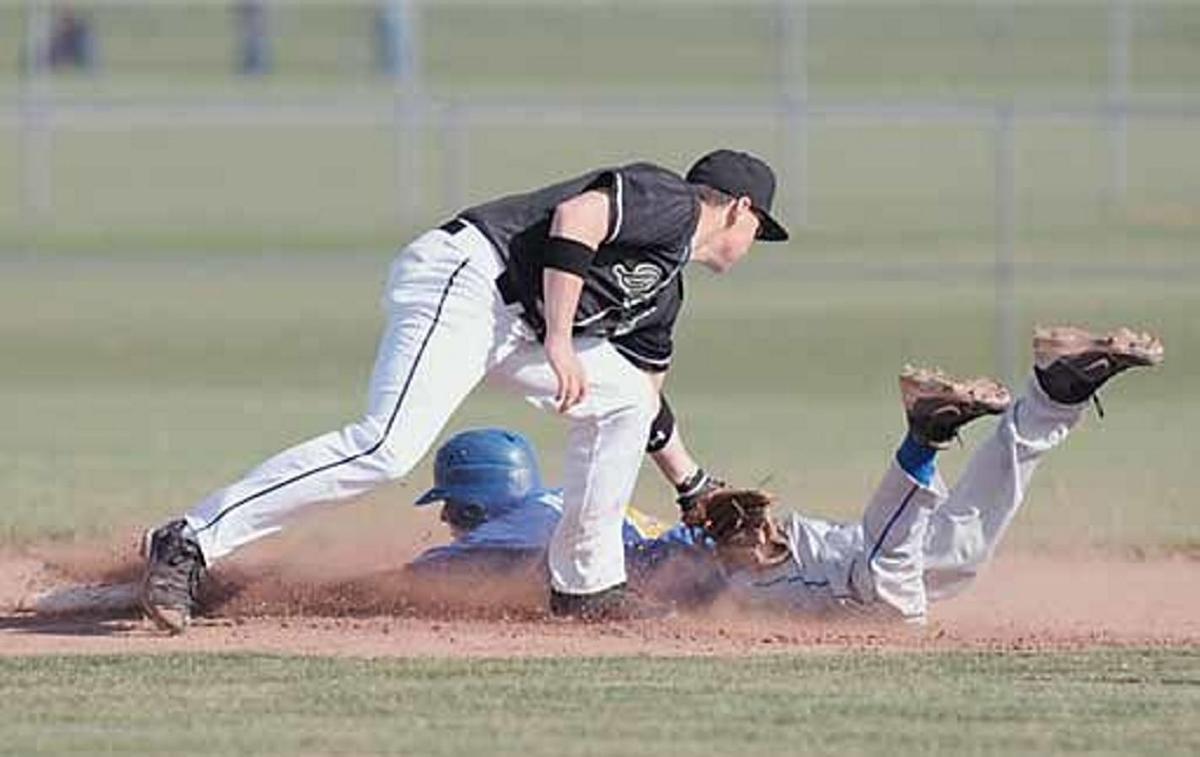 File photoCaleb Lang was a two-time GR All-Star at Pembroke before going on to a stellar career at Cairn University. 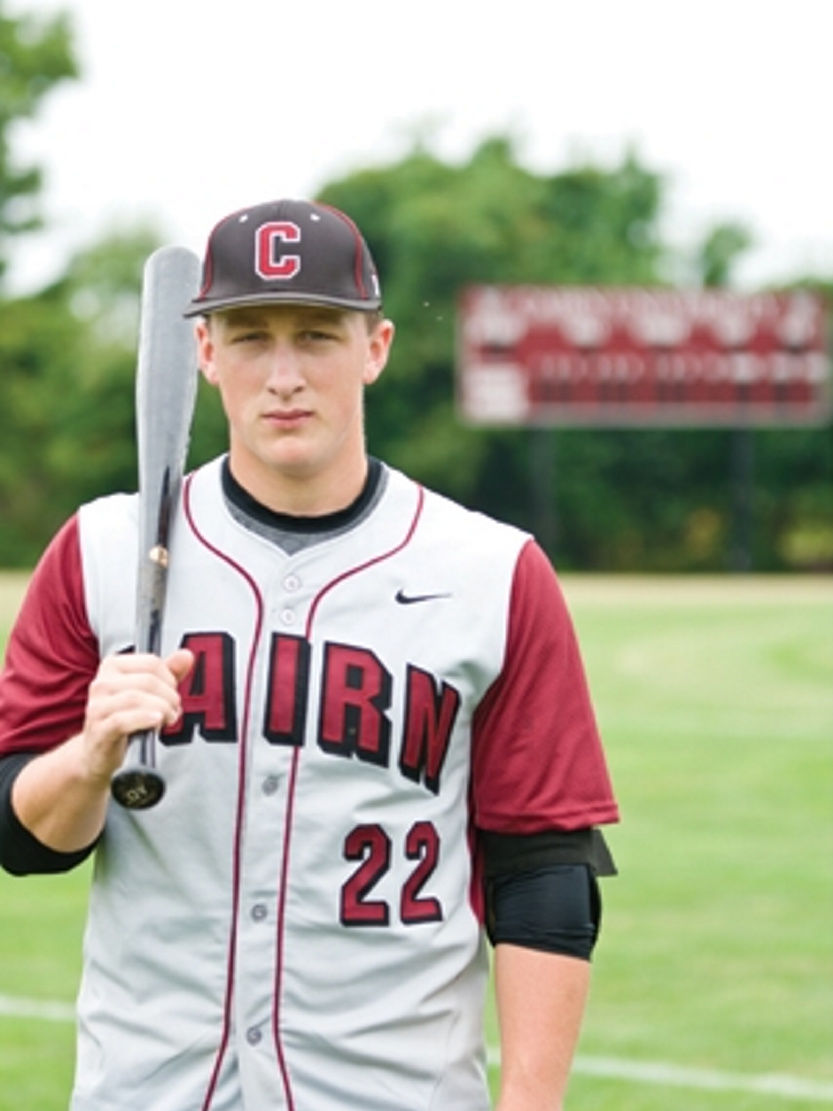 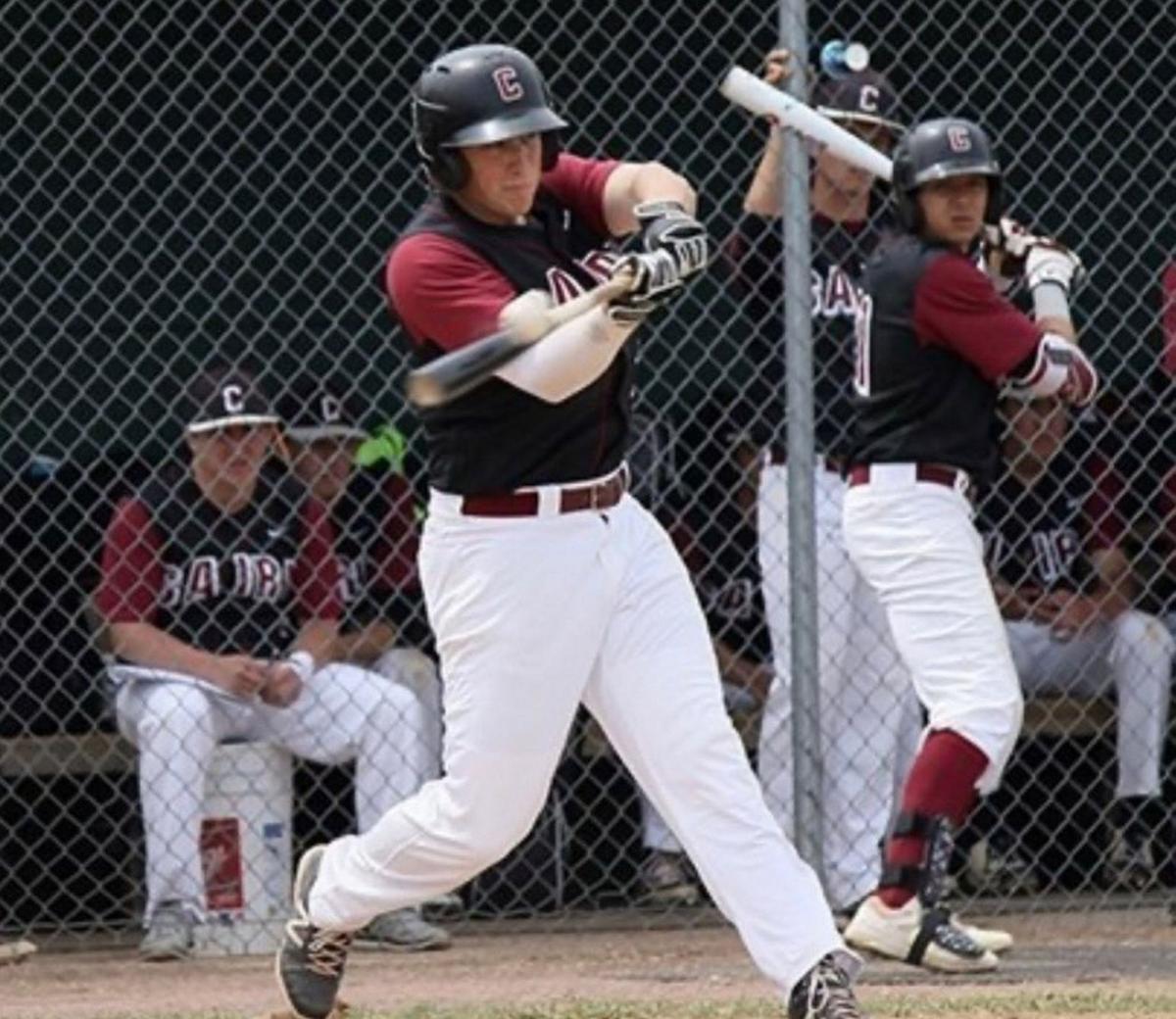 File photoCaleb Lang not only starred in baseball, but football and basketball as well at Pembroke.

File photoCaleb Lang was a two-time GR All-Star at Pembroke before going on to a stellar career at Cairn University.

SEWARD, Neb. — It started to be clear a little less than a decade ago that Pembroke High School graduate Caleb Lang could possibly have a future in baseball.

A multiple-time Genesee Region League All-Star with the Dragons, Lang would go on to have one of the best baseball careers at Cairn University. In an interview with The Daily News in 2015, before his senior collegiate season, Lang stated “I’m going to try and keep playing baseball. I definitely made sure I stayed four years to get my degree but I’ve been talking to a couple of people and they’ve said it’s possible to play after school. I would like to continue playing after college if God allows and hopefully the door opens so I can do that.”

Well, Lang’s career on the field never took off after college, but his steadily climbing coaching career took another upward turn this past week.

Lang will take over the role vacated by Bryce Berg, who now works within the Minnesota Twins organization as a hitting coach.

“I’m excited to add Caleb to our program. His character, ability to connect with others and strong skill set and passion to help players improve stood out in the search process,” Dupic said in a press release from Concordia University. “He believes in the values of our institution and program. I’m looking forward to the impact he can make in helping our student-athletes grow as people and players, and in helping our program take the next steps to improve.”

After his stellar career at Cairn, Lang fulfilled a two-year graduate assistantship at Eastern Nazarene College in Quincy, Mass., where he was also the hitting coach. Lang then served as the hitting coach at Flagler, located in St. Augustine, Fla., where he oversaw the progress of 24 Saints hitters.

Lang will now work with a Bulldog offense that averaged more than eight runs per game during the shortened 2020 season. Lang is eager to join a program that won GPAC regular-season titles in 2017 and 2019.

“I am humbled and blessed for the opportunity to work alongside Coach Dupic and the rest of Concordia University,” Lang wrote in a statement. “The baseball program has produced championship caliber teams and people since Coach Dupic has set foot on campus. I understand Concordia to be a great university academically that strives to promote the development of young individuals. I am excited to get to work and push the offensive side of Concordia baseball in a positive direction. Coach Berg has set a great foundation in regards to hitting and we will continuously improve upon that.”

After graduating from Pembroke, the Batavia native put together one of the greatest careers in Cairn baseball history.

In an article posted on the Cairn baseball website, in which the program recognizes it’s ‘All-Decade Team’, the following is written about the four-year star:

Any fan of Highlander baseball is certainly familiar with Caleb Lang. There is no hyperbole in saying Lang is unquestionably the best player to put on a Cairn uniform. Average, power, consistency, speed, work ethic- the burly outfielder racked up unfathomable numbers over his four years and will stand atop the Cairn record books for many years to come. With a career .447 average, 253 hits, 150 runs, 60 2B, 18 3B, 23 HR, 187 RBI, and 45-48 stolen bases, Lang has set the standard for excellence at Cairn University and is in a one man race for the All-Decade MVP.

While at Cairn, which is located in Langhorne, PA, Lang earned numerous honors while being named a two-time NCAA D-III All-American, the New York Collegiate Baseball League Player of the Year and a three-time first team National Christian College Athletic Association All-American. He was also recognized with the Hank Burbridge Unlimited Potential Award.

As a junior, Lang batted an impressive .444 with 60 hits, 18 doubles, six triples, nine home runs, 55 runs batted in, 37 runs scored and 11 stolen bases; he also finished with a .984 fielding percentage. Lang began to pull in the postseason awards when he was selected as the NCCAA East Region Player of the Year and he followed that up with an NCCAA First-Team All-American honor

During his collegiate career, Lang never hit below .444 and was in double figures in doubles in each of his seasons and never drove in less than 38 runs.

While at Pembroke, Lang was a three-sport standout and multiple-time Genesee Region League All-Star in football, basketball and baseball.

As a senior at Pembroke as a shortstop and a pitcher, Lang earned his second all-league honor when he hit .520 with a pair of home runs, 15 doubles, four triples and 36 runs batted in, while he led a turnaround for the Dragons.

Before that, on the hardwood he guided the Pembroke 2011-12 hoops team from the No. 3 seed to the Section V Class C1 title game before the Dragons dropped a tough one to top seed East Rochester in the finals.

Lang earned his undergraduate degrees from Cairn in business administration and biblical studies, while he received his Master’s in management from Eastern Nazarene