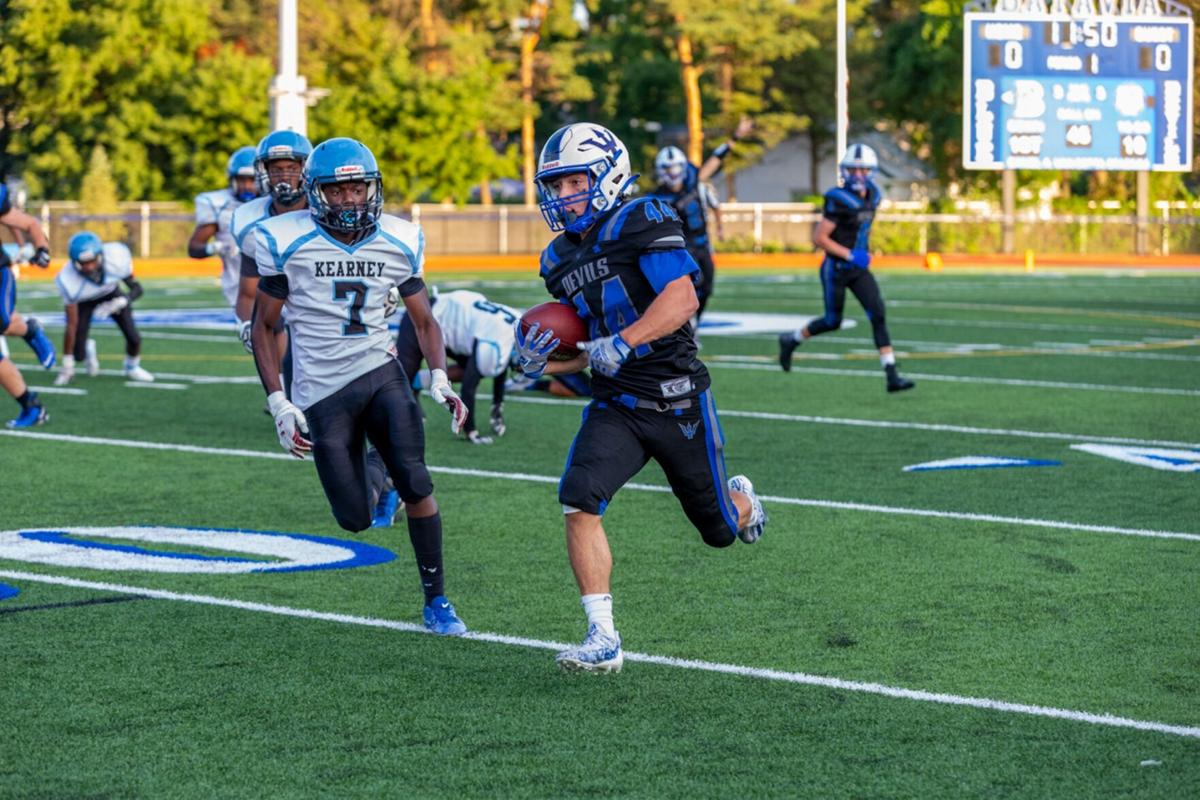 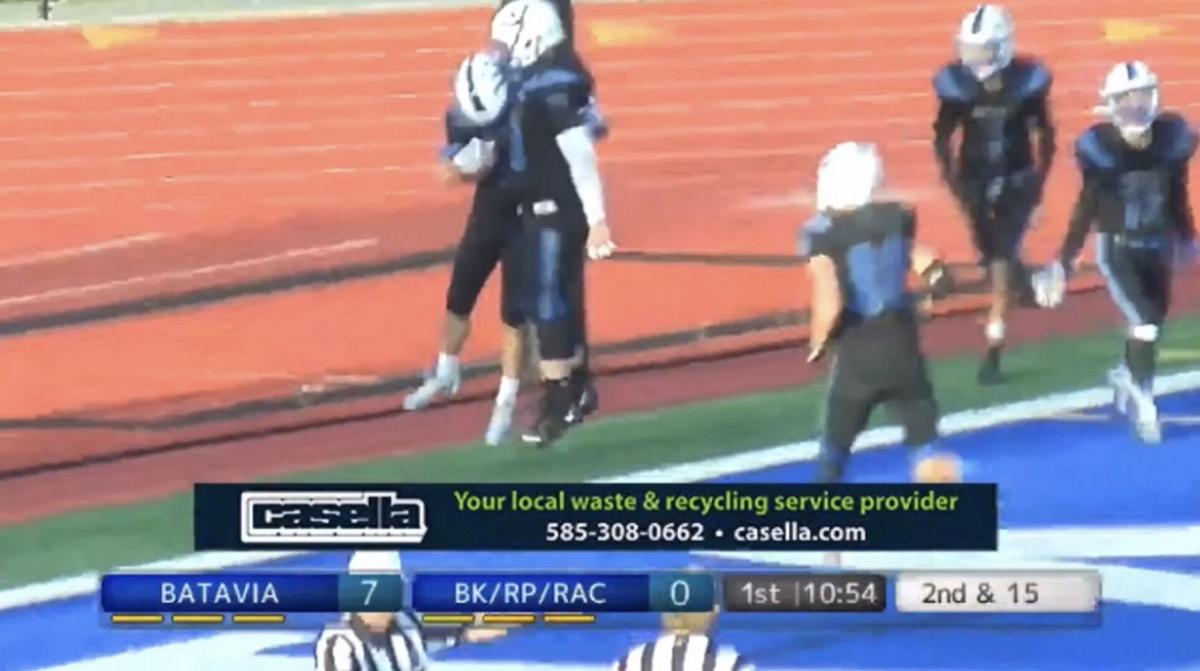 BATAVIA — It was uncertain to whom head coach Brennan Briggs would turn to lead the Batavia offense upon losing 2020 senior running back Terrez Smith to graduation last spring.

In the Blue Devils’ 41-0 season-opening victory over the Bishop Kearney/Rochester Academy/Rochester Prep Kings, Batavia employed a balanced attack featuring several different ball carriers and a productive passing attack. A large number of Blue Devils touched the ball, and a few recorded notable performances in the win, but none were more impactful than junior running back/linebacker Aidan Anderson.

Anderson put on a show from the opening whistle until the final horn, taking the opening kickoff 30 yards into Kings’ territory before carrying the ball 45 yards to the house on Batavia’s first play from scrimmage. Three plays later, on the ensuing BK/RA/RP drive, Anderson intercepted a pass and returned it 30 yards for a touchdown. Just over one minute into the game, Anderson had built a 13-0 lead by himself.

The rest was history.

For good measure, the junior star added another touchdown, grabbed another interception and recorded a fumble recovery as part of an elite all-around effort.

“He’s a beast,” said Briggs of Anderson. “Aidan is one of the hardest working kids I’ve been around. He deserves everything positive that happens to him. He has a straight business mentality.“

Anderson led Batavia’s ground attack with 130 rushing yards on seven carries, while senior RB Jamison Richardson also performed well, finishing with 10 carries for 52 yards. Aside from Anderson, four other Blue Devils recorded touchdowns, all of which came during the first half. Junior running back Carter McFollins and wide receiver Cole Grazioplene caught touchdowns from senior quarterback Jesse Reinhart, while junior athlete Cam McClinic took a five-yard carry across the goal line. McClinic was one of eight Batavia players to record at least one carry on Friday night.

Reinhart finished the game 7-of-13 passing for 84 yards and the two scores. McClinic caught three passes for 30 yards.

The lone item of concern for Batavia was penalties. The Blue Devils committed at least five holding penalties that slowed drives and added a few more procedure penalties.

“It was great to get back out on the field in the fall,” said Briggs. “The kids played hard all night, and I’m proud of them.”

The Batavia defense was stifling in front of a packed crowd at Van Detta Stadium, as senior linebacker Kaden Marucci recorded three tackles, two of which came for a loss and a fumble recovery to propel the shutout effort. Sophomore linebacker Vincent Arroyo finished with a team-high four tackles, while junior linebacker Garrett Schmidt made three stops.

“The crowd was electric tonight,” said Briggs, whose team honored servicemen and servicewomen in attendance prior to Friday’s game.

Briggs added: “I’m excited for this team. Tomorrow we will get on the film and fix the mistakes so we can improve for Week 2.”

Batavia looks ahead to a matchup with Attica next week. Attica (1-0) defeated Mynderse 36-0 on Friday night.