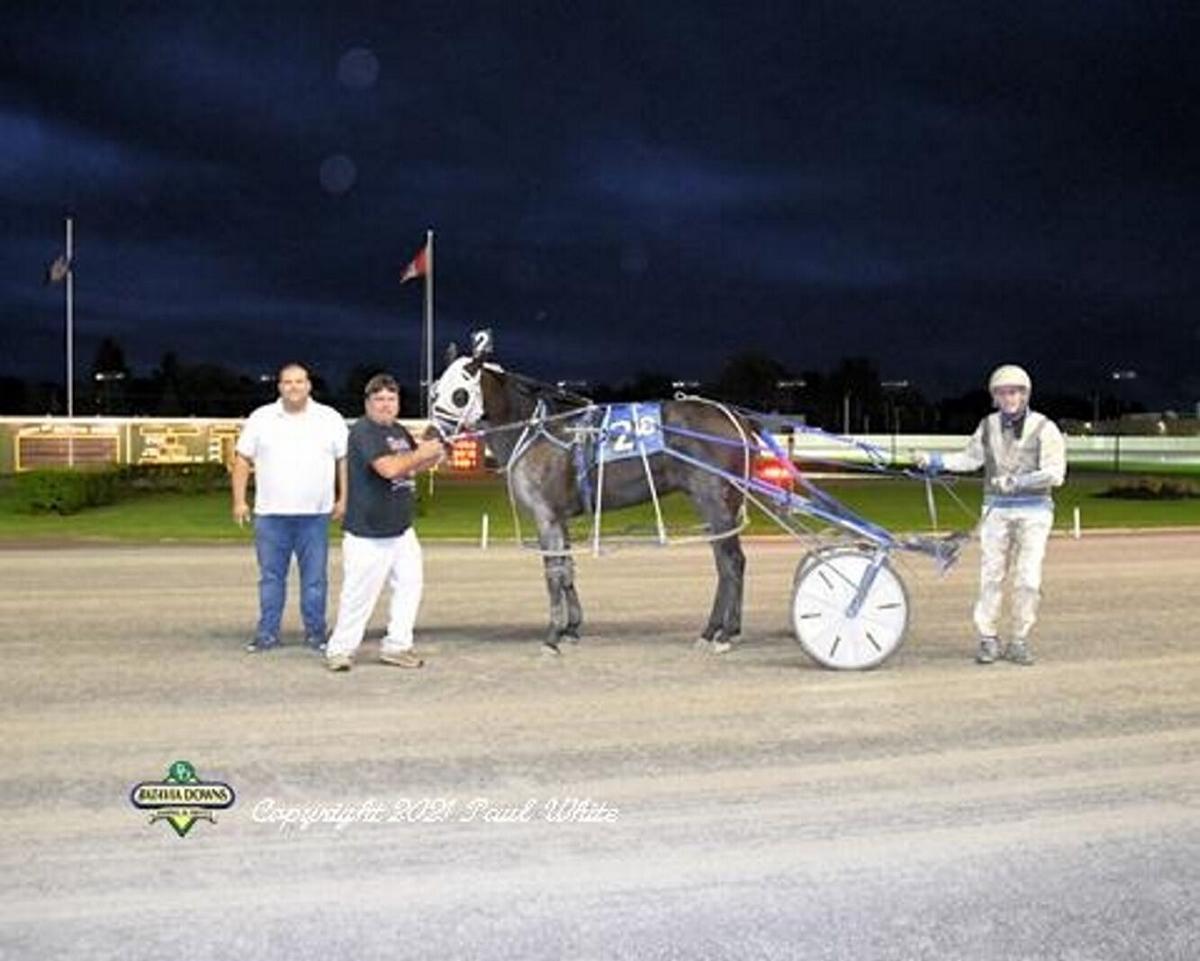 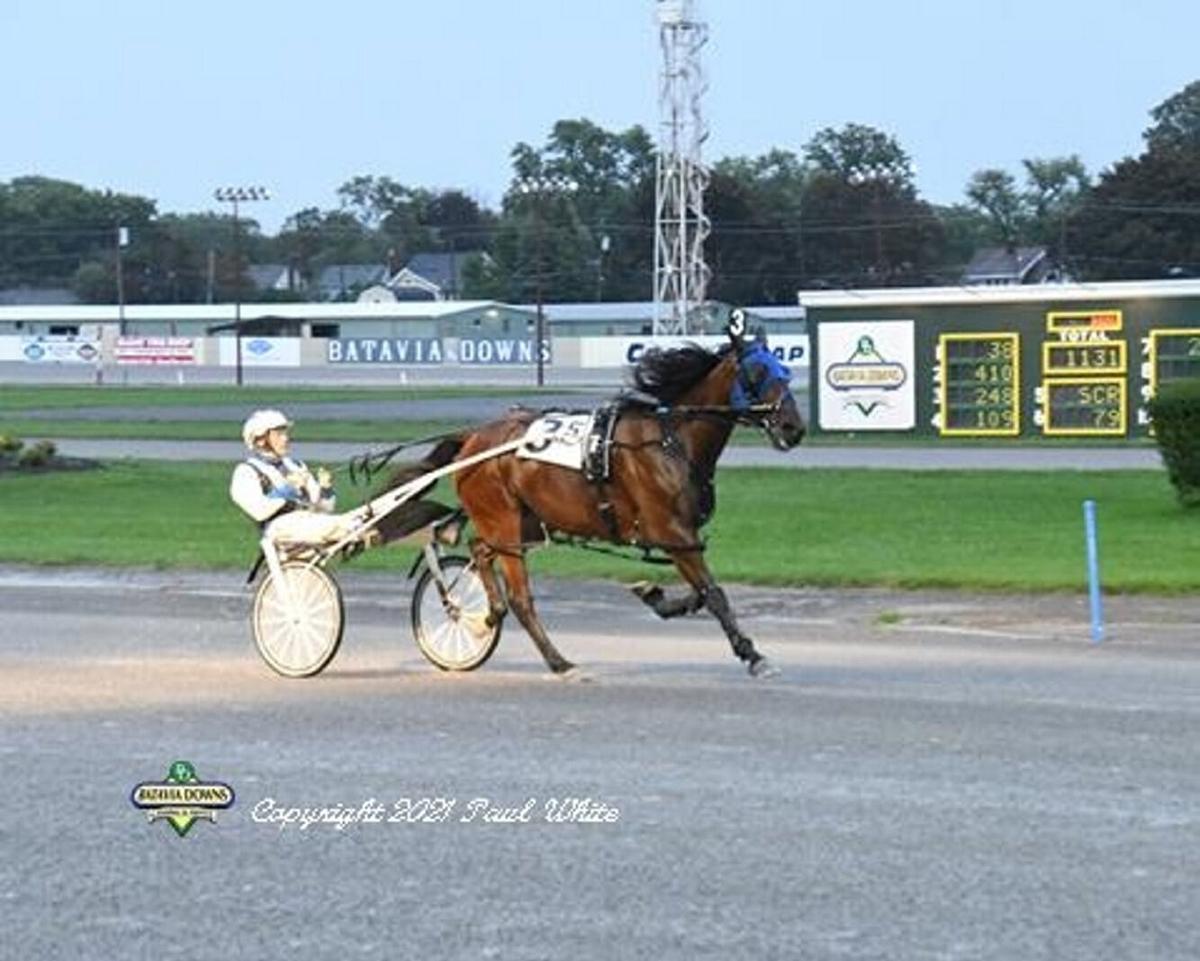 BATAVIA — Perennial local driving leader Kevin Cummings had a big night at Batavia Downs on Saturday (Sept. 25) after winning both weekly pacing features with Black Is Back and Foo Fighter N and vaulting himself into second place for dash wins at the current meet.

It has been some time since Black Is Back visited the Purple Haze winner’s circle but he definitely earned the right this day as he turned a first-over move into a hard fought victory in the $12,300 Open Handicap pace.

Black Is Back got away third in the short field of six while Raksmach N (Denny Bucceri) took his usual position on the point where he led at the half in :57 flat. Looking solid on the lead, Raksmach N was soon visited by Black Is Back and Crockets Cullen N (Larry Stalbaum) who were rolling up the rim at the five-eighths. Black Is Back took command of the race on the backstretch after Raksmach N succumbed to his challenge and then Crockets Cullen N moved right alongside. and these two tangled all the way to the wire.

After tripping the third panel timer in 1:25.3, Black Is Back and Crockets Cullen N tangled all the way to the wire. The pacing pair opened up 2-1/2 lengths on the field but couldn’t separate themselves with a sheet of paper. Both Cummings and Stalbaum drove hard down the stretch and to the line and after all their hard work, it took a photo to decide Black Is Back won by a head in a seasonal best 1:54.1

Black Is Back ($13.40) scored his fourth win of the year for owners Curtis Edholm and Mihajlo Zdjelar Sr. The 8-year-old Western Terror gelding is trained by Mihajlo Zdjelar Jr.

Then Cummings scored with Foo Fighter N in the $11,000 Open II Handicap with the fastest clocking of the night.

Foo Fighter N took the lead off the gate and held a 1-1/2 length advantage to the half with Itsonlyrocknroll A (Larry Stalbaum) tracking intently. Cummings tapped the gas and Foo Fighter N sped to a :28.1 third-quarter and extended his lead to 2-1/2. From there he was a runaway, opening up six lengths by the top of the stretch and then sprinted home in another :28.1 panel to win by eight in 1:53.

Foo Fighter N (7.20) is having a career earnings year with now $62,506 in the bank for owner William Emmons. Jim Clouser Jr. trains the winner.

Cummings is now in second place in the driving derby, tied with Dave McNeight III with 27 wins. However they are both chasing the leading Jim Morrill Jr. who sits in the throne with 54 wins.

Other horsemen having multiple wins Saturday include drivers Jim McNeight Jr. and Larry Stalbaum along with trainer Jim McNeight, all tallying two wins for the evening.

When live racing resumes at Batavia Downs on Wednesday (Sept. 29) there will be a plethora of punting opportunities with major payouts available as “carryovers” is the word of the day.

First there is a $837 carryover in the Pick-5 wager in the first race and Todd Haight -- General Manager of Batavia Downs -- has announced there will be a guaranteed $5,000 pool for that wager on Wednesday. The guarantee is in conjunction with the United States Trotting Association’s Strategic Wagering Program and as such, free past performance pages for races one through five will be available on the USTA’s website on Monday as well as Batavia Downs website and Facebook page.

Then later in the card there is a $467 carryover in the Jackpot Pick-6 bet in the fourth race and finally in race nine, the Jackpot Super Hi-5 features a $3,449 carryover.

Free complete past performance programs are always available for download at bataviadownsgaming.com