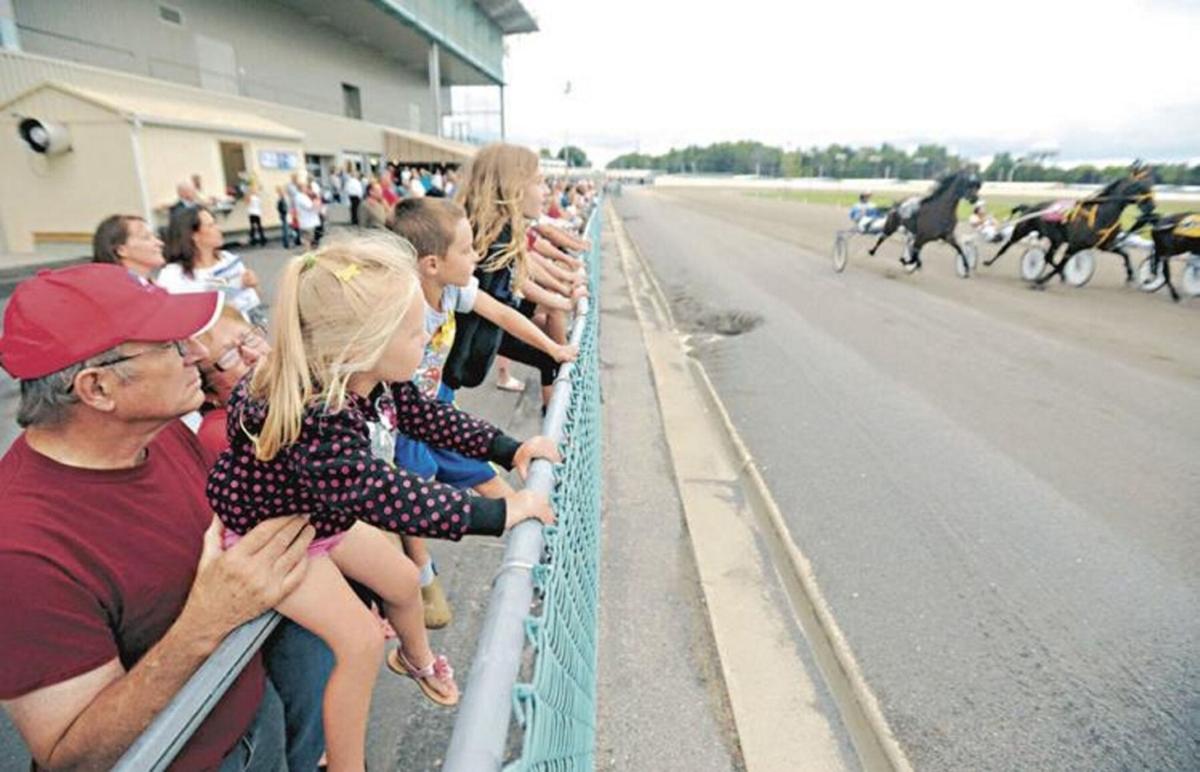 Mark Gutman/Daily NewsA scene from opening night at Batavia Downs in July of 2019. 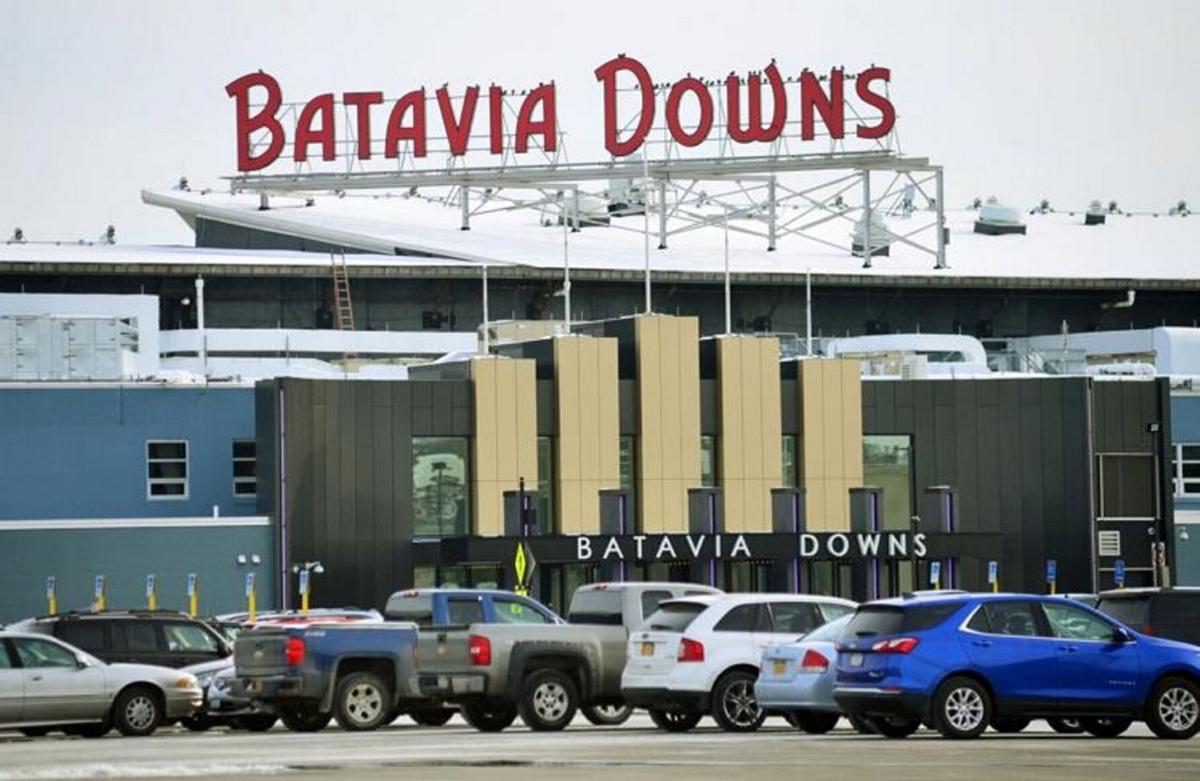 Mark Gutman/Daily News Things will be different at Batavia Downs this season - at least to start - as fans will not be allowed to attend.

Mark Gutman/Daily NewsIt was a beautiful night in 2019 when Batavia Downs opened up its season. The Downs will start its 74th season on Wednesday night. 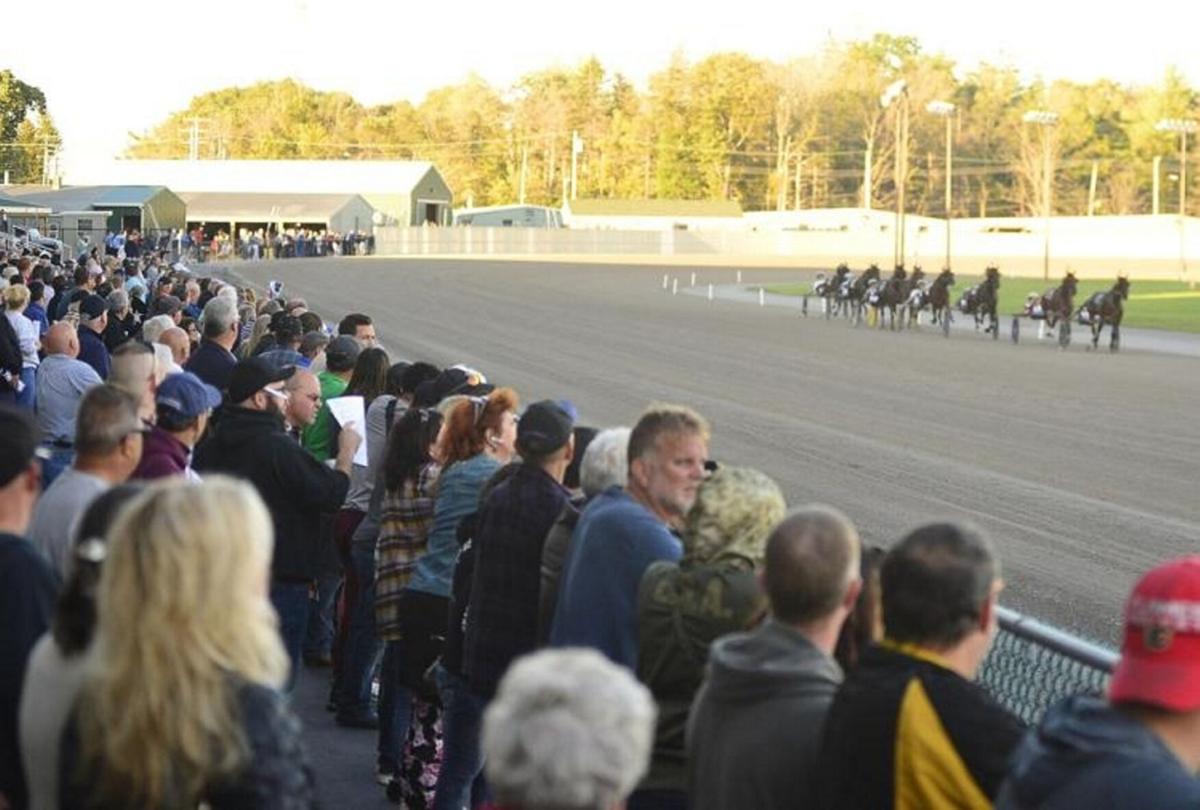 Mark Gutman/Daily NewsRecord numbers showed up to the Night of Champions last season in the New York Sire Stakes.

Mark Gutman/Daily NewsA scene from opening night at Batavia Downs in July of 2019.

Mark Gutman/Daily News Things will be different at Batavia Downs this season - at least to start - as fans will not be allowed to attend.

Mark Gutman/Daily NewsIt was a beautiful night in 2019 when Batavia Downs opened up its season. The Downs will start its 74th season on Wednesday night.

Mark Gutman/Daily NewsRecord numbers showed up to the Night of Champions last season in the New York Sire Stakes.

BATAVIA — Things are obviously going to look vastly different on Wednesday night at Batavia Downs as the track opens for its 74th season of live racing.

Like every other track in New York State, America’s oldest lighted harness track will not be permitted to allow fans for the foreseeable future, while access for trainers, owners and horsemen is limited to those from New York or from a state that is currently not on the New York State Coronavirus Quarantine List.

Per the New York State Gaming regulations, owners who have previously applied for a reservation to be in attendance will be allowed on the track apron; those reservations for owners must be made at least 24 hours ahead of when they plan to attend.

Needless to say, this will be the most unique and likely most challenging season in the long, storied history of Batavia Downs.

“This is definitely going to be a different year for us,” said Todd Haight, Director/General Manager of Live Racing, on the Downs website. “Without fans allowed in the stands, we won’t have any promotions this year like our traditional dollar hot dog and draft days, Family Fun days including the wiener dog races, nightly giveaways and our Labor Day driver’s bike race that goes back to 1978. Right now we are happy that the horsemen can continue to work and hope that with constantly improving Covid test numbers in the state, we may welcome back our guests at some point before the meet ends.”

For The Downs, this is an unfortunate situation especially, since the track saw one of its most impressive seasons in recent memory in 2019.

In all, wagering from all sources was up a combined 20 percent and provided the highest total handle at the track and the top three highest single night handles since WROTB reopened the Downs in 2002.

Even with three fewer race days than in 2018 because of inclement weather and the scheduling, the total handle for Batavia Downs in 2019 was nearly $1.5 million higher than it was the previous season.

Despite the disappointment, Batavia Downs is still looking toward what it is hoping to be a solid season.

“We look forward to another exciting race meet,” said Henry Wojtaszek, President and CEO of Western Regional Off-Track Betting, the owner of Batavia Downs. “During these difficult times, we’ve made a series of adjustments that we hope will lead to a successful season.”

One of the main reasons for the heavy increases across the board last season was the eight different legs of the New York Sire Stakes, which were run across the nearly fives months of racing. The NYSS concluded with the $1.8 million Night of Champions in September. Because of the NYSS races, as well as an excellent card put on the track nearly every night, Batavia Downs handed out over $8 million in purses, drawing some of the top horses and horsemen from all over North America.

On the track, Billy Davis Jr. won his first driving title at Batavia Downs, averaging two wins a night for the entire meet. His 131 wins, 102 second-place finishes and 83 third-place finishes out of a total of 629 starts earned him a Universal Driver Rating of .342 for the meet, as well as a whopping $861,336 in purses.

As for the trainers. Jim Clouser Jr. also won his first Batavia Downs training title after he finished with 51 wins, 29 seconds and 39 thirds out of 219 starts for a UTR of .366 and $361,413 in earnings. Clouser Jr’s horses would end up finishing somewhere in the money in over half of the races that they were entered in.

Maria Rice finished in second last season with 43 wins in 190 starts and a total earning of $358,234, while longtime horseman Gerry Sarama finished in third with 32 wins and $256,619 in earnings.

This season, Batavia Downs will conduct a 43-day schedule, ending in December. The first week will feature races on Wednesday and Friday, with the remainder of the meet seeing race days on Wednesday and Saturday. Postimes for Saturday races will be at 6 p.m., with other days starting at 5 p.m.

The schedule will also feature two Sunday matinee cards — on August 2 and August 9 — with the running of the New York Sires Stakes. Post times for those days will be at 1:15 p.m. and those days will feature the only stakes races at the meet this season, as the $50,000 Robert J. Kane Pace will not be run in 2020.

The Downs meet will be following a Buffalo Raceway meet that was limited because of the COVID-19 pandemic, running just 28 days. Davis Jr. followed up his win last season at Batavia Downs and rolled to win at the Raceway for the season straight year; McNeight III finished in second.

For the trainers, Rice won her first ever training title, with Sarama coming in second.

Despite the changes, all of the familiar faces to Batavia will be back again this year, including drivers Davis Jr., Morrill Jr., McNeight, Drew Monti, Shawn McDonough and Ray Fisher Jr., while Clouser Jr., Race and Sarama will be joined by the likes of Mike Ohol and Ryan Swift.

Eight fillies and mares are assigned to take to the track at 6 p.m. to kick off the season with the first race on Wednesday.