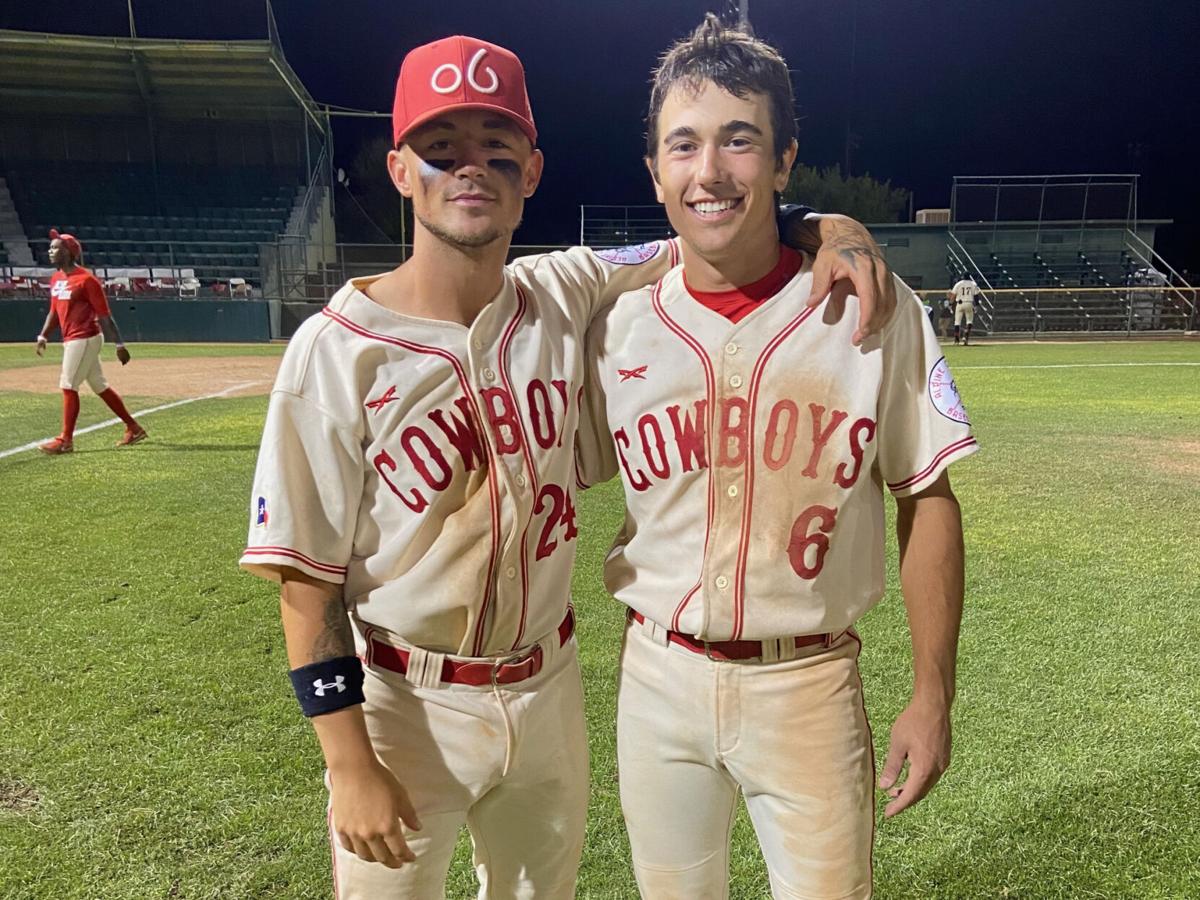 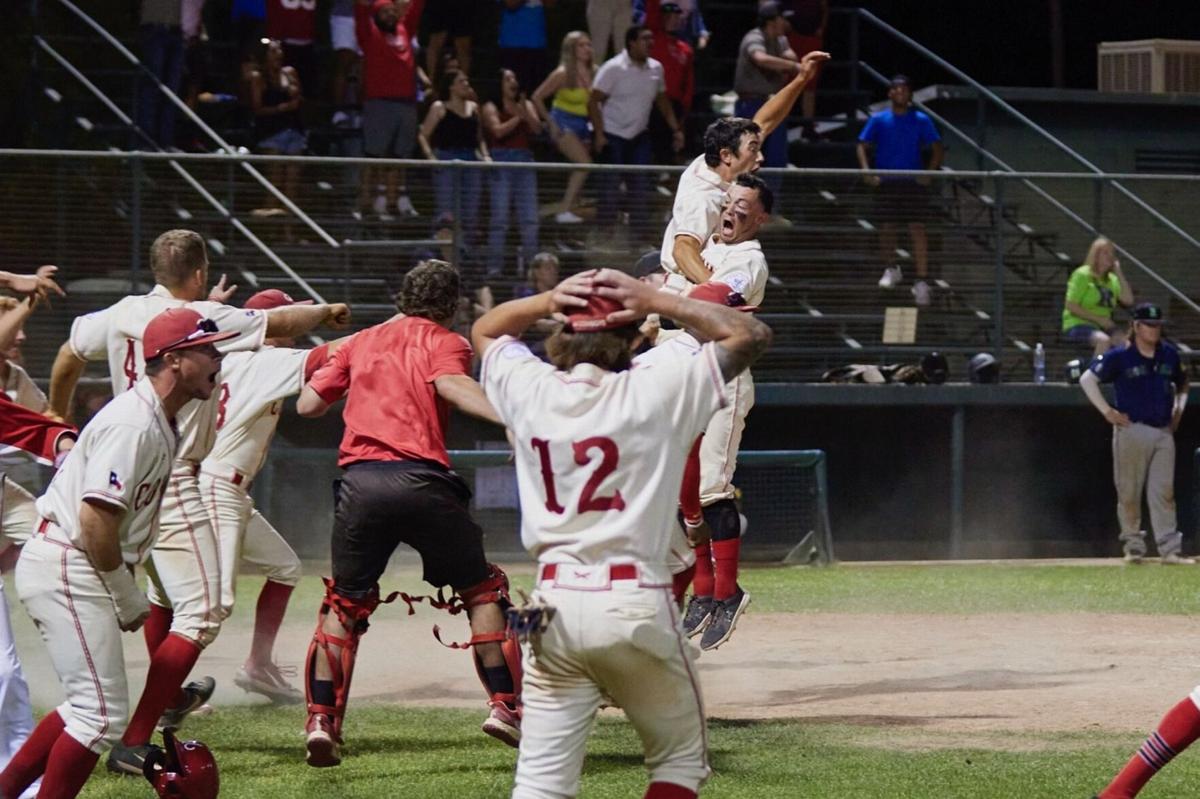 ALPINE, Texas — It’s a small world, after all.

Both Canty and Laurie were widely considered two of the top players in Section V during their time with the Blue Devils and Oatkan Knights, respectively, and have since parlayed their early success on the diamond into prosperous baseball careers. Now, after enjoying fruitful collegiate careers, they find themselves reunited, thousands of miles away from where it all began.

“Things have definitely come full circle,” said Canty, a 2016 graduate of BHS. “It’s a reminder that anything is possible if you make up your mind and get to work. It’s a blessing to have the opportunity to play with Josh again at a higher level. He’s an exciting player to watch and makes everyone on the field better.”

During their days playing with Valle in ‘15, Canty and Laurie developed a strong friendship. But as the years went on and the two went their separate ways, their connections became limited to social media interactions. Now, having rejoined one another as teammates, they’ve picked up right where they left off all those years ago.

“Canty is one of the best teammates I’ve ever had,” said Laurie, a ‘17 graduate of LRHS. “It was very surreal that we ended up being on a team together in West Texas after college, but I’m so glad we did. He’s extremely talented. Picking his brain about the game of baseball and just watching him made me learn so much and helped me get better throughout the season. All the traveling and time spent together gave us countless hilarious stories and great memories. He was easily one of my favorite teammates this season and became a lifelong friend this summer.”

Canty and Laurie enjoyed a successful rookie campaign together in Alpine, helping the Cowboys to a 31-25 record before a first-round exit in the Pecos League playoffs.

Their season highlight came during the postseason when the duo accounted for the game-tying and game-winning runs in the second game of a three-game series which helped propel their team to a deciding third game. The Cowboys went on to lose the series, but that moment the two enjoyed together will last a lifetime, says Laurie.

“After I scored, I turned, tossed my helmet and saw Canty running home just screaming,” he recalled. “I was so happy that it was us two who scored, not because we grew up together living so close, but because of how close we became throughout the season. Definitely a moment that’ll go down in my memory book.”

Throughout their rookie campaign, the two shared time at second base and shortstop. By season’s end, Canty and Laurie became mainstays up the middle for the Cowboys’ defense. Both plan to rejoin the team next season.

“This season had tons of ups and downs, but the whole time, everyone on the team had their eye on the prize of making the playoffs,” said Laurie. “Getting another opportunity to win a ring is what I’m looking forward to the most. For those of us that got offered to come back, before leaving Texas, talking with them, you can see how hungry we all are for that, especially with how we got knocked out this year.”

The Alpine Cowboys are a member of the Pecos League, an independent professional baseball league that operates in desert mountain regions throughout California, New Mexico, Southern Arizona, Kansas, West Texas and Colorado. The league’s player pool consists of athletes from all over the world, mixing a combination of young, rising stars and others at various points of their baseball journey. According to its website, the Pecos League has promoted over 400 players to higher independent and affiliated teams over the past decade.

“This summer definitely gave me a real feel of professional baseball,” said Canty. “It taught me how to develop habits and routines that get you through the day-to-day grind of being a professional. Conditions aren’t always ideal, but finding small wins and being able to embrace the struggles are what make it fun and allow you to continue to climb in this game.“

Since graduating high school, both Canty and Laurie have taken disparate journeys to get to where they find themselves today - on the doorstep of big-time professional baseball.

Canty’s collegiate career began in Rochester at Monroe Community College, and after one season with the Tribunes, he transferred to Southeast Missouri State (Division I) for his sophomore and junior seasons before making a move to Lindenwood University (Division II) for his senior year. Laurie spent his entire collegiate career at Alfred State (Division III), where he played in over 120 games and served as team captain since his sophomore year.

Now looking forward to their second season in Alpine, Canty and Laurie are focused on becoming significant, everyday contributors for the Cowboys, as they were for their college and high school teams.

“Our manager preaches to play where your feet are at,” said Canty. “It’s a great reminder to be present every single day and not to worry about the past or be anxious about the future.”

While their focus remains on the present, both Canty and Laurie have an eye on the future as well. Both are hoping their time in the Pecos League will help propel them further along their baseball journey.

“I’ve always promised myself that I would see how far I could take baseball,” said Laurie. “So getting pulled up to the next level would be my next personal goal. I love the life of waking up every day and having just baseball as my job and focus. I was thankful every day to have this opportunity. But I won’t be satisfied until the day I hang my cleats up.”

From Genesee County, N.Y. to Brewster County, TX, Canty and Laurie have never stopped learning and never stopped grinding. Both are prime examples of what hard work and dedication can do for an athlete.

The former Blue Devil and former Oatkan Knight each began their baseball careers with lofty aspirations. Through their diligence and commitment, Canty and Laurie continue to realize their dreams together each and every day, with no end in sight.