Alex Brasky/Batavia Daily News | Rood has been one of the most-successful throwers in Section V the past several seasons. 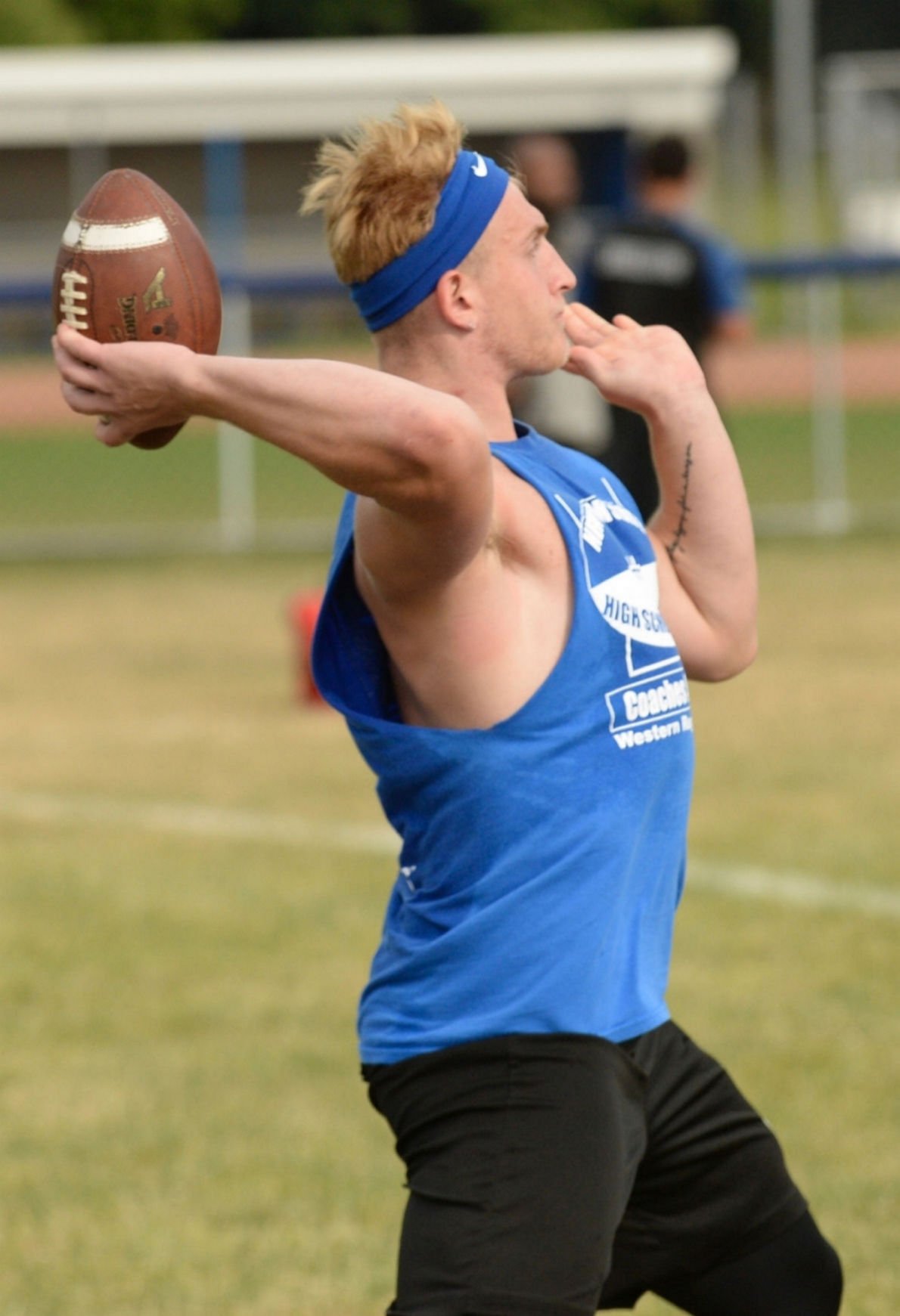 Alex Brasky/Batavia Daily News | Batavia's Alex Rood will attend Geneva College where he will play football and throw for the school's track team.

Alex Brasky/Batavia Daily News | Rood has been one of the most-successful throwers in Section V the past several seasons.

Alex Brasky/Batavia Daily News | Batavia's Alex Rood will attend Geneva College where he will play football and throw for the school's track team.

BATAVIA — Batavia’s Alex Rood has accomplished a ton since joining the Blue Devils’ varsity athletics program as a youngster. A seven-time sectional champion between football and track and field, a three-time state medalist in track and field, and a four-time All-Greater Rochester selection, Rood is leaving behind quite the legacy at BHS.

With that being said, Rood can’t help but feel he is leaving behind some unfinished business. As a team, Rood says the Blue Devils’ boys track squad was in the running for another sectional title this spring, and he himself felt he had the opportunity to reach another level of success in the shot put and discus throw.

“I was really looking forward to this last season to come back stronger after a disappointing indoor state meet and was hoping to end my high school career by beating the Batavia shot put record and winning a state championship,” said Rood, who also mentioned how he believed his team was in line to reach great heights.

“I think we could have been in a great position to win a sectional championship,” he said. “We were going to have a lot of top-notch athletes returning along with new faces that would’ve all contributed to winning a title.”

Rood conquered plenty during his high school years, but what awaits him during the next phase of his life will perhaps be his most-difficult task yet. Although he has been a three-sport student-athlete for years, Rood will be looking to extend his multi-sport career at the next level as he plans to attend Geneva College where he will play for the football team and be a member of the school’s track team.

“It’s going to be a challenge, but I’m ready for it,” said Rood, who believes his experience as a multi-sport athlete will serve him well. “I know I’ll be able to do it.”

Rood, who plans on studying to become a chiropractor, says he has a long, difficult ride ahead of him, but he is more eager than nervous.

“I’ve got four years at college and then another four (studying to become a chiropractor),” he said. “So it’s definitely going to be a long ride, but I’m excited.”

Part of that excitement is the fit that Rood believes he has with his future school, which he chose in spite of several other offers at various levels.

“I had a lot of options at Division I, Division II and Division III, but nothing more than walk-on offers,” he said. “Geneva seemed the most interested in me and it felt like I could see myself there for the next four years.”

Rood has already begun to build relationships with his coaches in both sports.

“Their offensive scheme fit me the best,” said Rood about the football team. “And the track coach believes that I’ll be the best thrower in the conference if I work hard enough.”

Another factor that led him to Geneva was the school’s chiropractic program. Rood’s interest in chiropractic began when he spent time shadowing a local doctor, and he has now decided to make it his career choice.

“I’ve always wanted to do something with the human body like personal training or something like that,” he said. “Then I looked more into chiropractic and started shadowing Dr. Tom Mazurkiewicz and really enjoyed it.”

“Help win conference titles and potentially become an All-American,” he said. “I believe it’s possible with my work ethic.”

With his sights set on the next level, Rood says he won’t soon forget his time spent at Batavia.

“The connections I’ve made with my teammates and coaches and being able to compete for the city I’ve grown up in,” said Rood about what he will remember most about his high school days. “I loved being able to represent the community and being able contribute to the winning tradition we have here.

“Every chance I got to compete with my team and for my coaches and play in front of the community and all the connections I’ve made along the way,” he added. “Building strong relationships with my coaches, teachers, and teammates. It’s something I’ll always be grateful for and never forget.”

Since his days as a youngster, when his football career began as a member of the undefeated Redskins in the C Division of the Batavia Youth Football league, Rood’s exploits on the field and track have been filled with success. The Blue Devils are losing a good one, but are fortunate to have had Rood contribute to one of the most-successful eras in BHS boys varsity athletics.