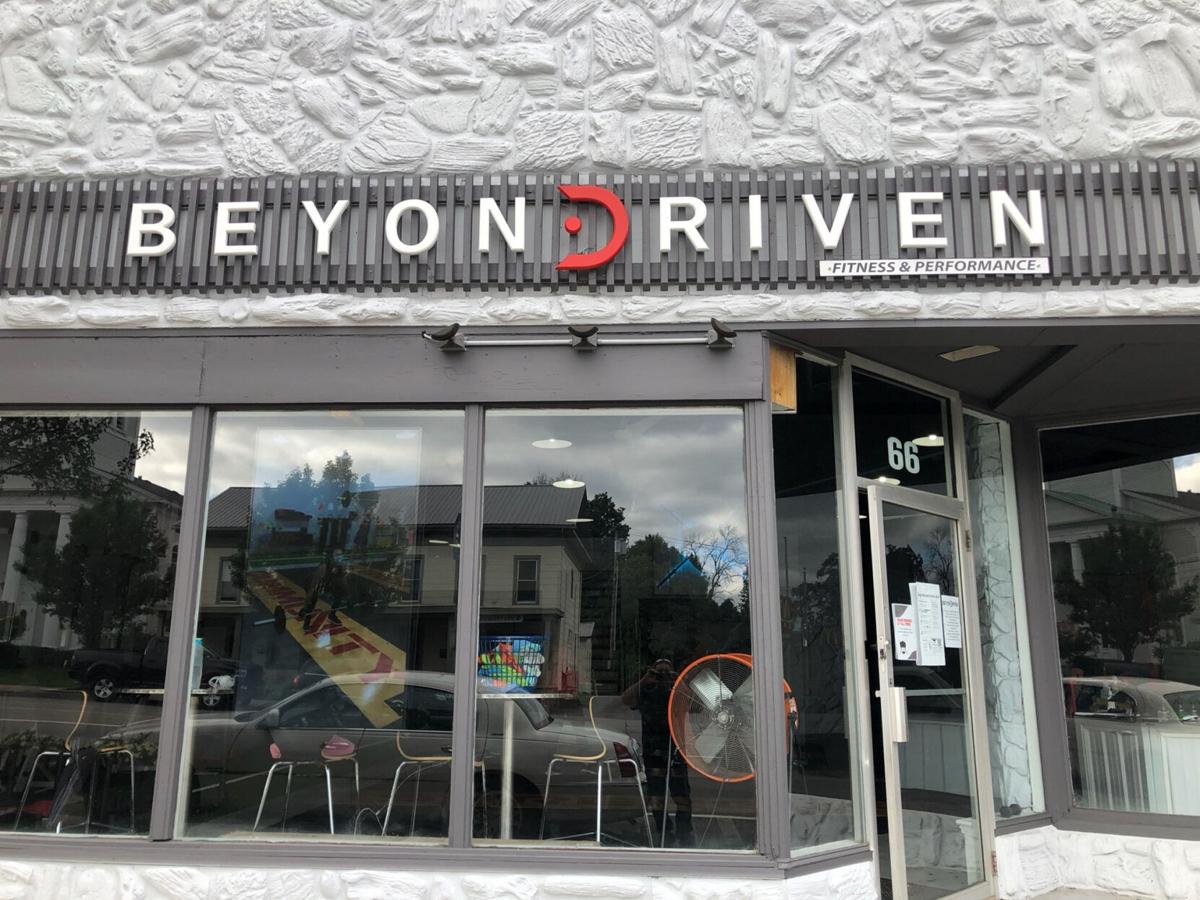 Nate Rider/Daily NewsBeyondriven in Le Roy is not the ordinary gym, offering much more, including cross training and performance training. 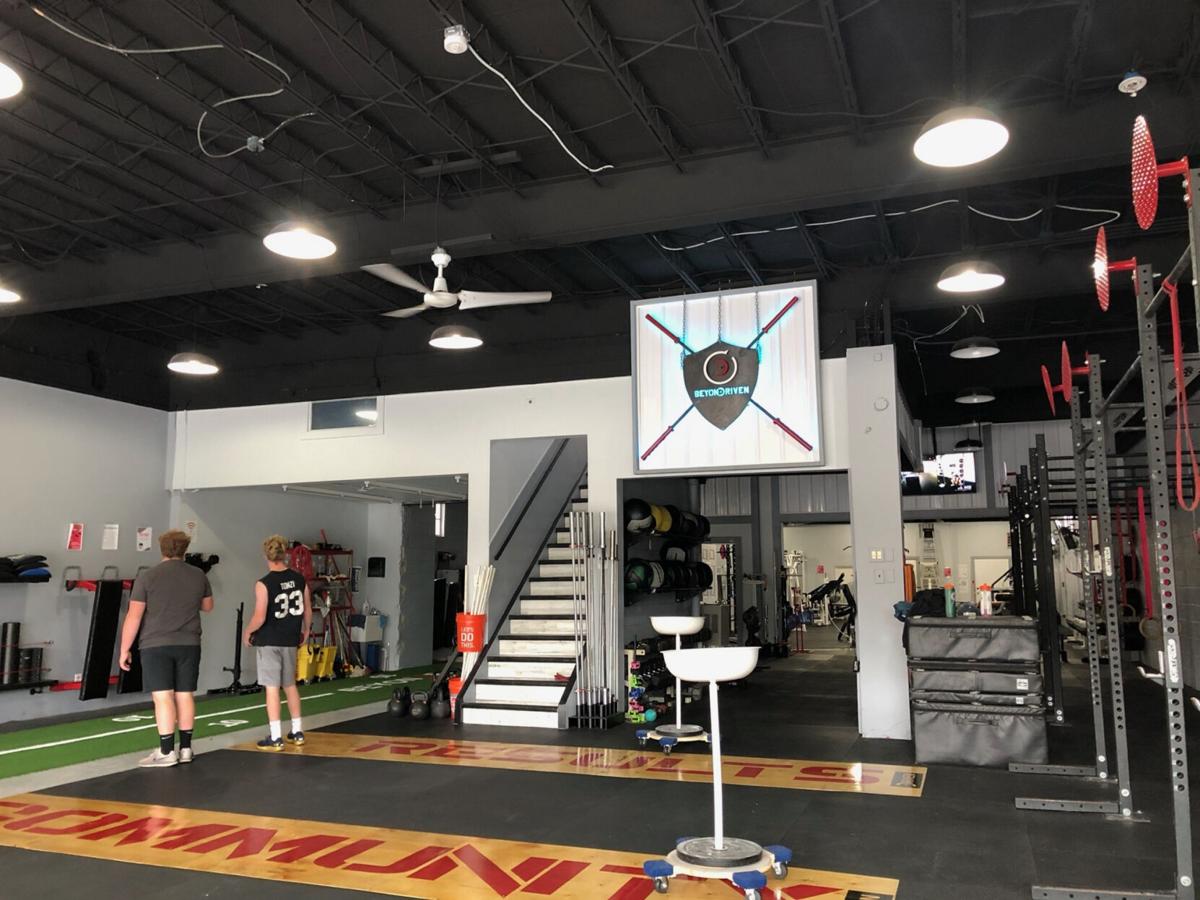 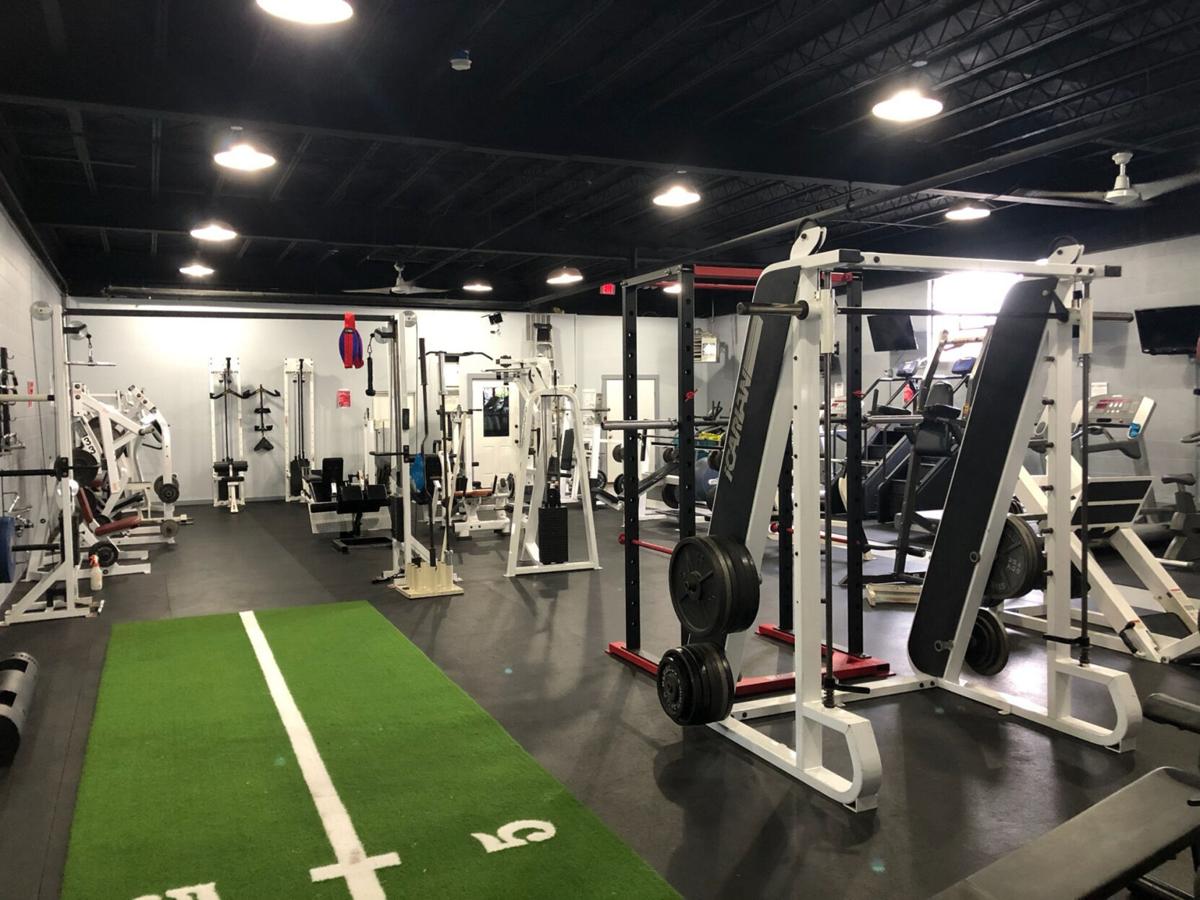 Nate Rider/Daily NewsTake a step inside and it’s easy to see how much work has been done inside the new Beyondriven in Le Roy.

Nate Rider/Daily NewsBeyondriven in Le Roy is not the ordinary gym, offering much more, including cross training and performance training.

Nate Rider/Daily NewsTake a step inside and it’s easy to see how much work has been done inside the new Beyondriven in Le Roy.

LE ROY — Matt Walther, owner of Beyondriven training facility in Le Roy, is certainly living out his dream. However, it is a dream that very possibly could never have come to fruition.

Early this year, Walther bought what was known for a long time as Main St. Fitness and he had huge goals to transfer the space into more than just your run-of-the-mill gym. He had renovations in mind and lofty ideas as to what he wanted to bring to the Le Roy community. Yet just as things were getting going came COVID-19, halting everything for nearly six months.

“About two weeks before COVID hit we took over the 24/7 known as Main St. Fitness forever and I promised everyone renovations and about a week before COVID hit we started doing those renovations and they told us we had to close down,” Walther said. “As bad as it was we just said that we were going to make the best of it and when we were allowed to open back up we would be ready to go. That’s what we were shooting for, to give people a place in Le Roy and the surrounding areas that they could come and their whole families could come. We want it to be more of a health and wellness facility than just a gym.

A 1999 graduate of Dansville High School, Walther was a solid athlete for the Mustangs before he would eventually go on to play football at SUNY Brockport, where he studied physical education. That path, though, changed and he would attend Ball State University for sports psychology, with the original goal of becoming a football coach.

Somewhere along the line the dream changed.

“I played sports at Dansville, I was a good athlete, an average athlete, but it took going to Brockport and just hooking up with the right people,” Walther said. “I just got in with the right people and what I found is that once I started to train and train properly, that changed my life. It changed me as an athlete. Not just because we were successful but that it builds confidence for the rest of your life. I thought my best way to connect with people and change their lives is through training and that doesn’t just carry through sports, it carries through life.”

Walther would work at Industry, a juvenile correction facility in Rush, teaching physical education, while he also worked at Byron-Bergen and owned a gym in Buffalo. But it was something about the community of Le Roy that made him strive to bring something back.

Walther’s Beyondriven Fitness and Performance has gone through an incredible transformation after a total rebuild of the facility. Transforming from just a rundown, ordinary gym, to the new, state-of-the art workout center offers the very best in group, personal, and youth training.

Walther and his collection of trainers concentrate on a scientifically specialized type of training that will increase any athlete’s strength, speed, explosiveness, quickness, acceleration, and vertical jump.

“Our goal is to be a health and wellness facility. We want to meet people where they’re at and we know that people are at different levels of fitness,” Walther said. “Some people just like to come and work out on their own and some people need guidance. There’s definitely a lack of education and understanding when it comes to athletic performance, so that’s what we bring to the table. We’ve got three different areas, we’ve got cross training and a general fitness area for adults and in the back we have an athletic training and performance area. We like to offer nutrition guidance and actual programming, the things where people end up failing when they go to other gyms.”

Offering a combination of cross training and performance training, the Beyondriven website states the following about what it brings:

Constantly varied, full body workouts that incorporate cardio and strength training. If you are looking for a fun and motivating way to lose weight, get tone, or gain muscle, in our opinion Crosstraining is the best way to do it.

All Crosstraining workouts can be scaled down for people that have never worked out a day in their lives, or scaled up for that serious competitor.

Specifically programmed to make athletes the strongest and fastest version of themselves. Performance training is much different than Crosstraining because the focus is not on burning calories, but concentrates on a scientifically specialized type of training that will increase any athletes strength, speed, explosiveness, quickness, acceleration, and vertical jump.

Though because of the ongoing pandemic, Walther almost saw his dream end before it even began.

“The thing about that is that it was very hard because there was no end in sight, there was no ‘on this date it’s going to be done and you can reopen,’” he said. “So we just really had to believe that what was meant to be was meant to be. We were just lucky that we have a great community and that people helped us out throughout and we just kept going on with faith that it would work out and it did.”

One of the main issues that arose wasn’t simply that the gym was not allowed to open, but there was virtually no guidance at all as to when, and if, they would be allowed to reopen or how. It was basically a guessing game for half of a year, yet Walther and company fought through it.

“Pretty much what you heard, we heard. Any time that the governor came out and addressed the public was the first time that we also got that information,” Walther said. “That Monday before when they came out and said that gyms wouldn’t be allowed to open anytime soon and then to come out on that Friday and say ‘I’ll give gyms guidance on Monday, it was just like ‘whoa, what’s going on?’ So when he did do it on Monday that was the first we heard and that information that we got in that moment was the same information that the general public got, which was very vague. There was also a 17-page document that we got that wasn’t released to the public that we had to follow and the health department had to figure out how to follow.”

Despite the lack of guidance and the vague nature of policies brought about because of the pandemic, Walther and his crew were more than ready to get rolling once they were allowed to.

In fact, Beyondriven was one of the first gyms in the area that was given the green light to open by the Department of Health.

“Because we stayed up on what we would have to do throughout and I think what people don’t realize or what the governor doesn’t realize is that what we try to do is stay very clean and healthy and do things to help people,” Walther said. “It wasn’t that much out of the ordinary. The masks are tough but other than that we just had to change some of the cleaning solutions that we use. We have some more check-in regulations, we are making sure people are cleaning before and after, we’ve got more spray bottles for everyone to use and we’ve always used an App. to regulate the people who come in, so a lot really hasn’t changed a lot.”

Last week, Walther gave back to the community that has embraced him ever since he started.

After receiving a grant from the Rotary Club, Walther turned it around to give a local athlete a shot at training via a scholarship that would cover his tuition. It was simply just one way that Walther has done to connect with the town that he calls home.

“That goes back to the community,” Walther said. “Even when we were trying to get the turf in here we ran a fundraiser and we had so many people come out and support us so we are constantly trying to do different fundraisers, whether its for the Community Kitchen or for athletes like that. In this situation Rotary had given us a grant so I was looking for a local athlete that wanted to try and maybe financially it would be tough for them to do on their own. Somebody reached out to me and said this young man is a great kid, he works hard, he wants to be really good. I was looking for someone to scholarship anyway so I am putting that money toward his training.”

Walthew is definitely onto something and off to a great start. Just take a look inside and it speaks for itself.