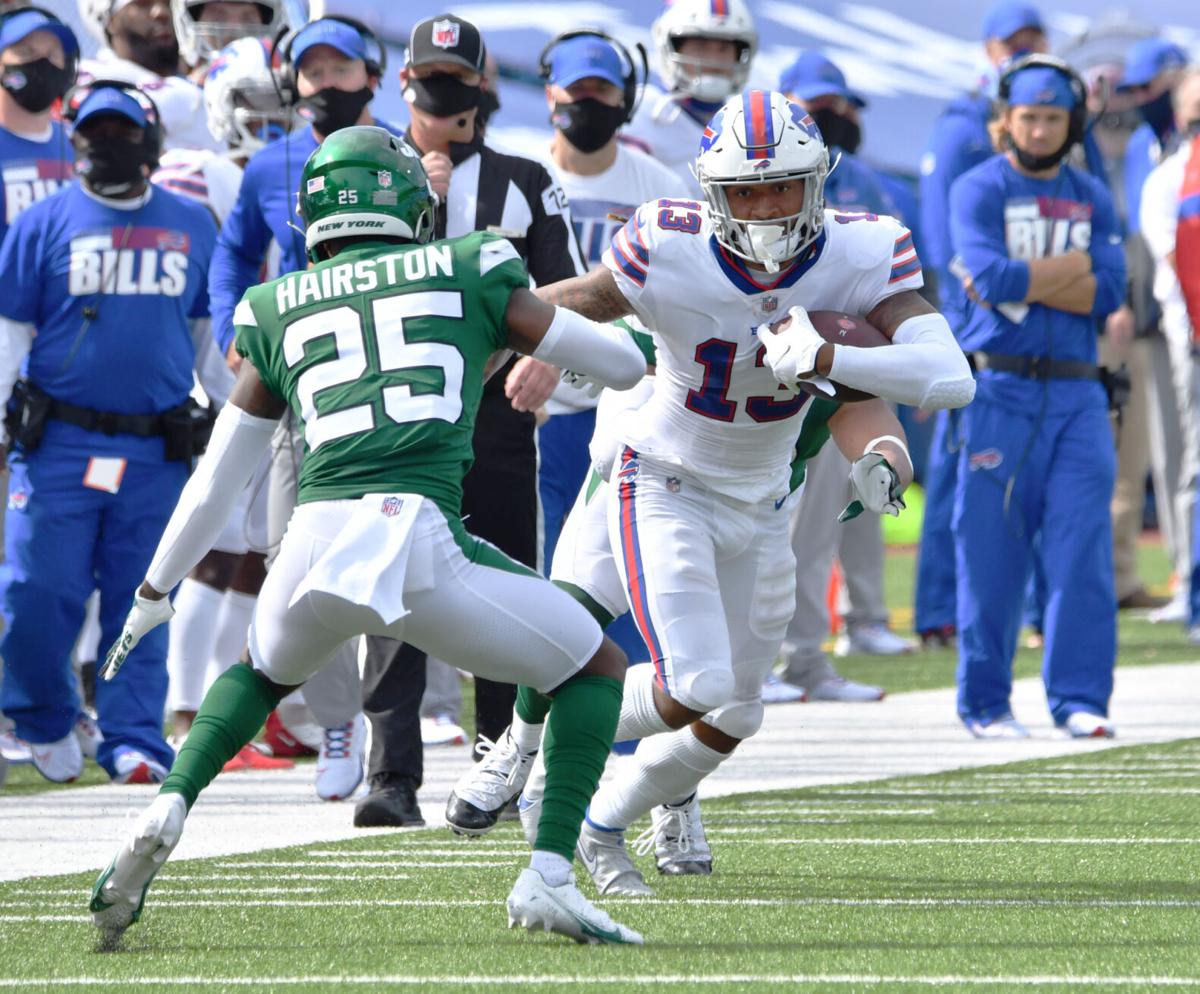 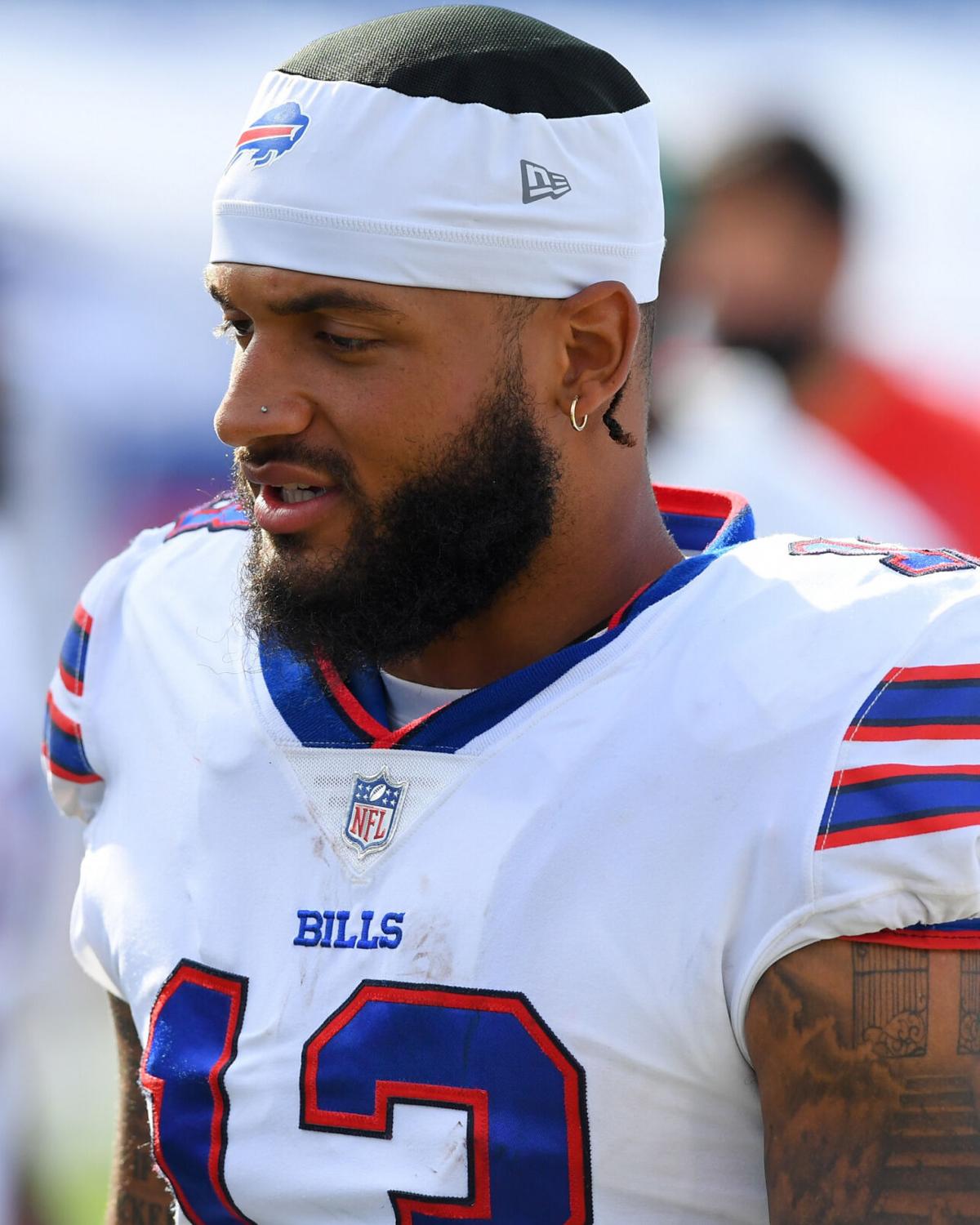 ORCHARD PARK — For Bills fans, they didn’t have to wait long to see rookie wide receiver Gabriel Davis on the field this season. And if Buffalo’s win over the New York Jets in Week 1, a game which the Bills used three, four, and five receiver sets extensively, was a sign of things to come, Davis is going to be on the field a lot this season.

According to The Athletic’s Joe Buscaglia, of the team’s 87 plays, three of them featured fewer than three receivers in the Bills’ Week 1 game. The very first play the Bills ran against the Jets featured four receivers and ended with a reception for Davis, the first of his career.

“It wasn’t nothing big,” said Davis about his three-yard reception to open the game. “It felt great and got the jitters out pretty quick.”

Those jitters didn’t appear to impact Davis’ game very much, as he was able to catch both of the balls that were thrown his way against NY, the second being a 13-yard reception in the third quarter.

“It was a different experience not having fans there but overall it was an awesome experience to be able to finally go out on the game field,” said the Bills wide receiver. “I have been dreaming about (playing in the NFL) since I was little and it actually happened. So it was great.”

Davis said that he wasn’t sure how much he would be used in Week 1, but said he was prepared for whatever was thrown his way.

“I was ready for anything to happen whether it was 50 snaps or two snaps,” added Davis. “It was a great experience to be able to go out there and play as much as I did.”

Davis was on the field for 49 percent of the Bills offensive plays against the Jets, a healthy amount for a rookie receiver in their first game.

“I knew we were going to throw it in there, just didn’t know how much or what we were really going to do,” said Davis about the Bills’ tendency to deploy four or five receivers sets on Sunday.

While it will certainly be a learning experience for Davis in his first season, especially early on having not had the benefit of four preseason games, Davis says he remains focused on the little things.

“At the end of the day it was just going out there to play football,” said Davis. “I tried to keep that in my mind all week and I think that helped me out a lot and everything flowed real smoothly.”

One of his focuses says Davis is reminding himself this is something he has been doing his entire life.

“I always remember you have been doing this for a long time,” added Davis. “Don’t overthink it. Go out and do what you do.”

In the early stages of his NFL career, Davis says he hasn’t seen much of a transition when it comes to college versus professional football.

“When it came to the game it felt similar (to college),” he said. “From college to the NFL, it’s not a big jump, not a big difference for me personally. For some people that might be different. At the end of the day, I’ve been playing football all my life and just try to keep that in my mind.”

With one game under his belt, a confident Davis appears ready to embark on a successful career in the NFL. The Bills seem to have been right on the money and got a steal with this fourth-round draft pick.

Davis will be looking to make an even bigger impact today against the Dolphins.