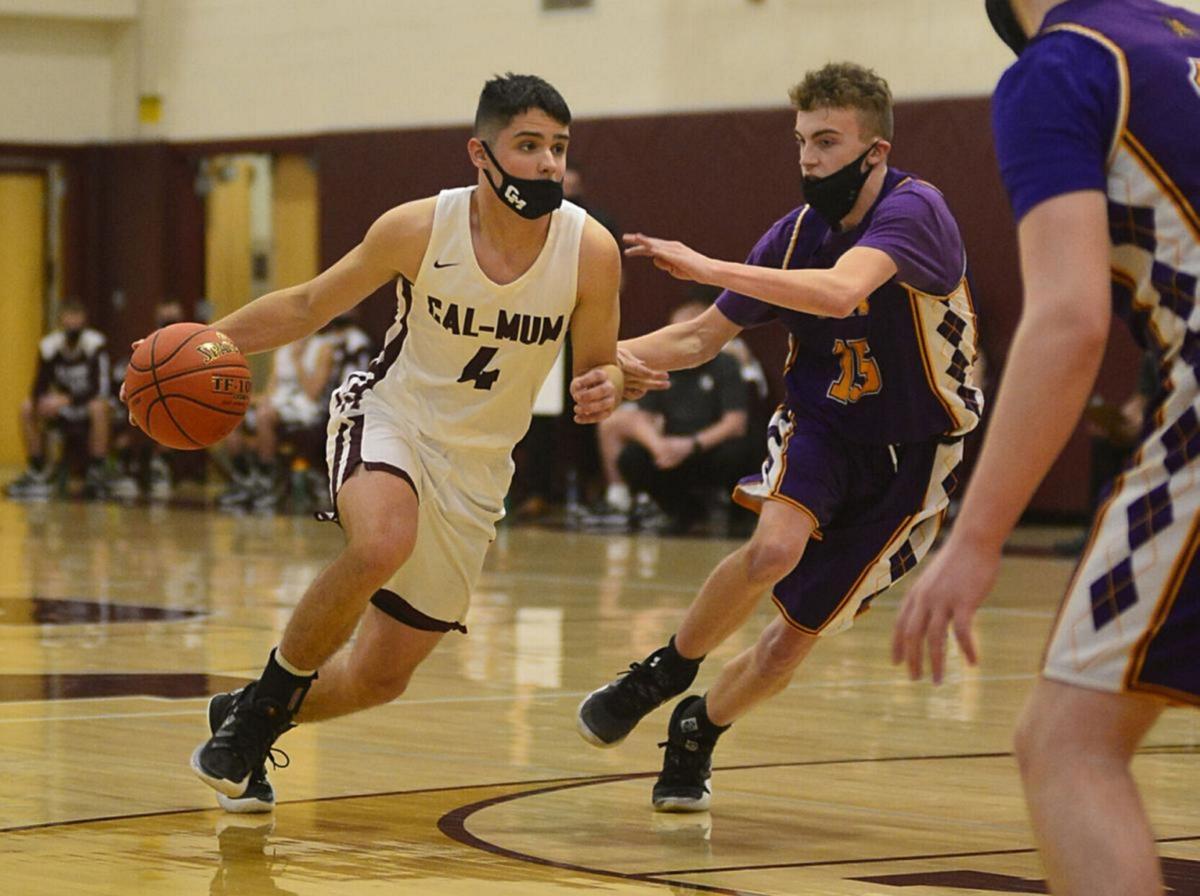 Daily News File Photo Kyle Wade will be looking to lead Cal-Mum to its third sectional title in four seasons. 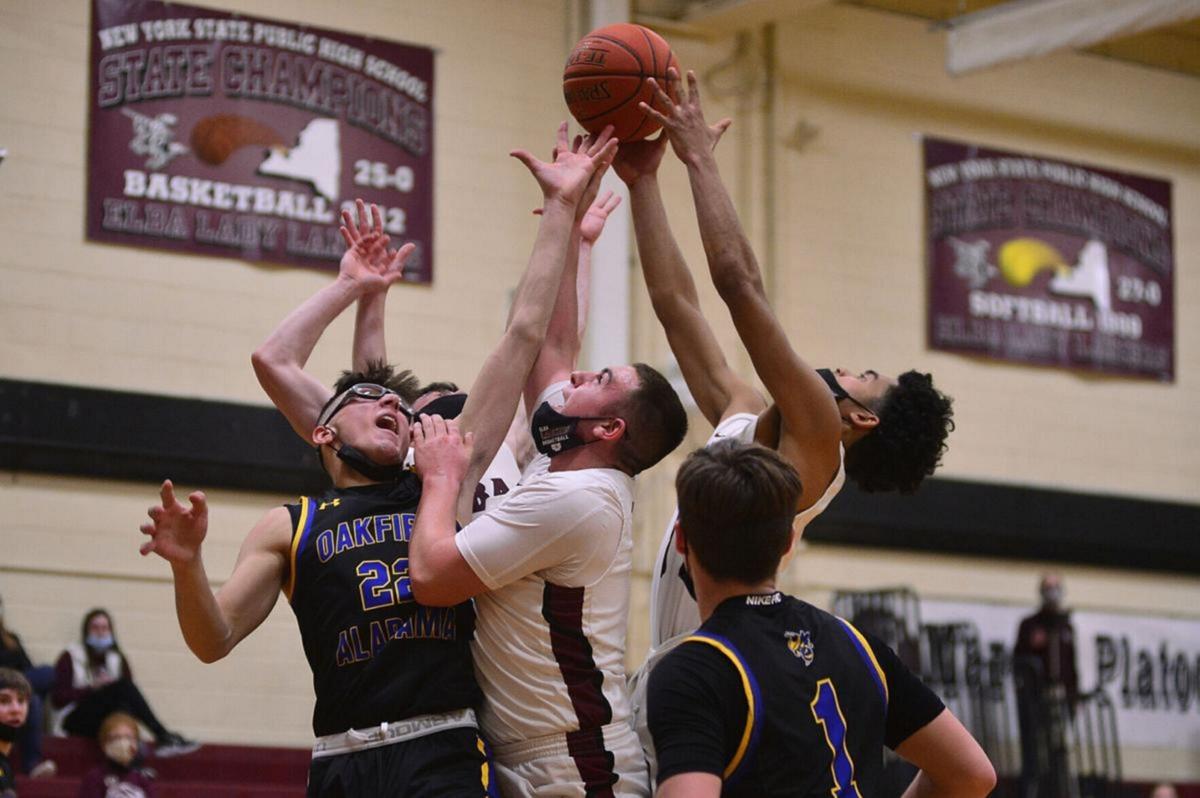 Daily News File Photo Kaden Cusmano averaged a double-double last season and will be key this year of O-A hopes to repeat as sectional champs.

Daily News File Photo Kyle Wade will be looking to lead Cal-Mum to its third sectional title in four seasons.

Daily News File Photo Kaden Cusmano averaged a double-double last season and will be key this year of O-A hopes to repeat as sectional champs.

Entering this season it seems — more than usual — that a lot of senior talent has graduated from the previous year, leaving a lot of question marks as to who will be the teams to beat and the players to watch. Of the 12 Daily News Fab-5 First and Second Team selections from last year, only four were scheduled to return this winter (with another likely out for the season with an injury.) Meanwhile, eight of the Genesee Region League all-stars from 2020-21 were also seniors, while both players of the year — Batavia’s Zach Gilebarto for the Fab-5 and Lyndonville’s Nathan Dillenbeck for the GR — have graduated.

Here are six players to watch this season:

(Note, these are in alphabetical order and just a sampling of the talented players in the area.)

KADEN CUSMANO, Senior, Forward, Oakfield-Alabama — Cusmano was a double-double machine for the Hornets last winter, averaging a team-high 16 points and 11 rebounds to go along with two assists, two steals and a blocked shot per contest.

Cusmano put together nine double-doubles last season and was a big part of a Hornets team that won their first sectional championship since 1975.

Along with fellow senior Gaige Armbrewster, Cusmano will have to pick up a lot of the slack for O-A head coach Ryan Stehlar, who will have to replace a number of important seniors from that championship team, including Travis Wiedrich, Peyton Yasses and Ty Kornow, who had combined for nine varsity seasons.

MITCHEL HOCKEY, Senior, Guard, Le Roy — The Oatkan Knights had an up-and-down season last winter and finished at just 6-5, including an opening round sectional loss against World of Inquiry. That loss ended the high school careers for a number of Le Roy players that had been mainstays in the program, though head coach Matt Weinman has what looks to be a talented group coming back this year.

In his first season with the Oatkan Knights — and his third varsity season overall after two with Perry — Hockey performed well and was one of the most consistent players for Le Roy in 2020-21. Hockey was the team’s second leading scorer behind the graduated Andrew Loftus, while he also filled the stat sheet in all other categories.

Hockey will be one of the leaders along with John Panepento, Zach Vanderhoof and sophomore Merritt Holly that will be looking to make a run at, at least, an LCAA divisional title.

AARON LUND, Senior, Guard, Wheatland-Chili — The Wildcats shook off a rough start to the season last winter and won nine of their final games to capture the Section V Class D1 title and with Lund, as well as senior forward Brendan Moore, returning, there is no reason to think that they can’t make another run this season.

Lund was outstanding last winter as one of the leading scorers in the Genesee Region League in earning an all-star selection. Lund led the Wildcats with 18.1 points per game to go with 6.3 rebounds per night as W-C finished at 11-4. Lund had 19 points and eight rebounds in the sectional final win over Eugenio Maria de Hostos Charter, while he dropped a season-high 27 in a win over Byron-Bergen. Lund scored in double figures in all but one game last season.

Heading into his fifth and final varsity season, Lund has hit 88 3-pointers and should easily reach the 1,000-point mark as he enters the year at 869. He is currently averaging 15.2 points and 3.2 rebounds per game for his career.

ZACH MARSCEILL, Senior, Guard, Elba — Last season was the most frustrating campaign in the career of head coach Ciaci Zambito. After losing a number of stars to graduation, Zambito saw his team start at 3-1, with a big win over Notre Dame, before the wheels fell of. Elba lost its final five games of the season, including somewhat stunners against Byron-Bergen and Holley, as the Lancers missed out on the sectional tournament.

Marsceill also had a frustrating year for Elba after lofty expectations had him somewhat filling the shoes of the graduated Colton Dillon and Collin O’Halloran. Marsceill didn’t play poorly, but the ceiling wasn’t reached.

Now, after having huge moments for the Lancers already, Marsceill will enter his senior season — his fourth and final varsity campaign — as the undoubted leader of the team after being second on the squad in scoring last season. Along with CJ Gottler and Connor Scott, the Lancers are expecting big things from Marsceill and this trio as a whole as they look to get back to their accustomed position of making a run at a sectional title.

BROEK OSTROM, Senior, Guard, Holley — It was an interesting 2020-21 season for the Hawks. Holley finished at just 2-8 but had a number of close losses, as well as a stunning win over Elba to close the season.

Quietly, Ostrom put together one of the best seasons in the Genesee Region League as he earned his first all-star selection. Ostrom was one of the league leaders in scoring with 181 points for an 18.1 average, which included a monster 43-point effort in the win over Elba.

This season the Hawks will have only lost a pair of players to graduation and with Ostrom leading the way back, Holley could be in the position to surprise some people in the league if they aren’t ready.

KYLE WADE, Senior, guard, Caledonia-Mumford — Wade has helped lead coach Dan Dickens and the Raiders to a pair of sectional titles, while Cal-Mum also advanced to the Class C2 title game last season before falling to Oakfield-Alabama. This season Wade will undoubtedly be the best player on the floor nearly every game — if not every game — he plays.

Last season Wade averaged 21.8 points per game to go with seven rebounds, 5.1 assists and 2.4 steals per night on his way to a Daily News Fab-5 selection. He shot 56% from the field, 39% from 3-point land and 74% from the free throw line, while he scored over 30 points on two separate occasions, dropping 34 points in his team’s season-opening win over Wheatland-Chili and 35 points against York in the sectional semifinal.

Wade should easily reach the 1,000-point mark this year as he enters with 838 points for his career, while he has averaged 12.9 points, 6.3 rebounds and 3.6 assists per game since being called up to varsity for three games as an eighth-grader.

Along with Evan Raniewicz and Scott Essig, Cal-Mum should have another strong trio to lead them back in search of a block.