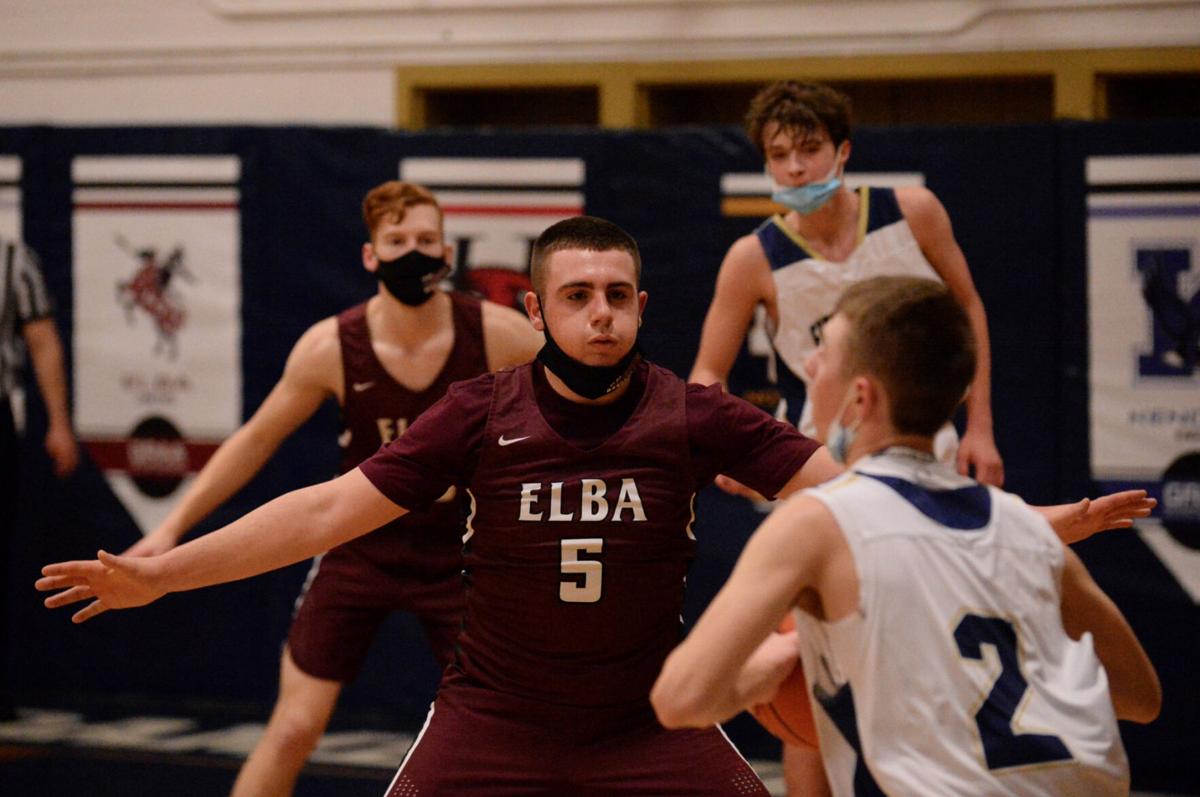 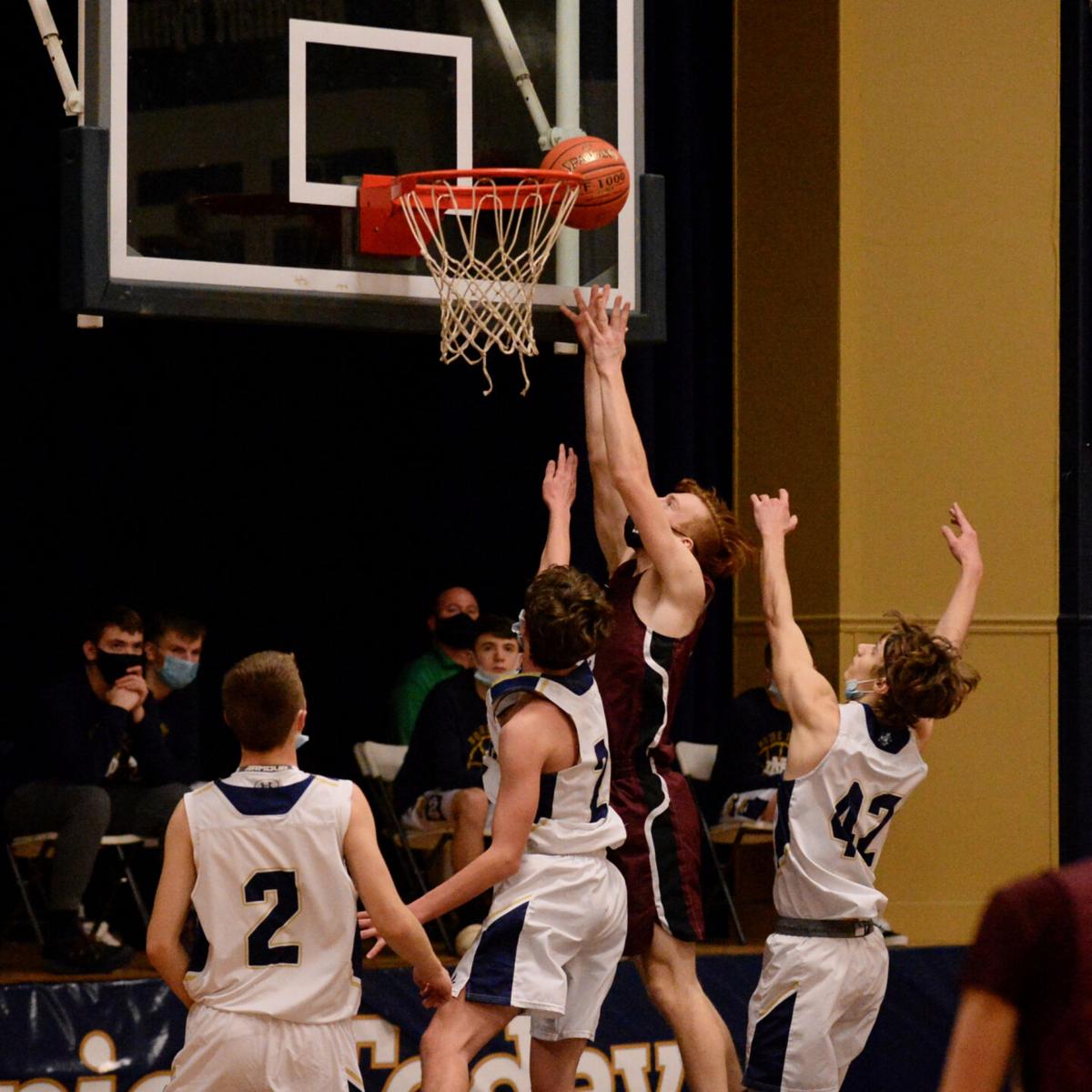 Alex Brasky/Daily NewsElba’s Jaykob Belluscio goes up against a host of Fighting Irish players on Friday night at Notre Dame.

Alex Brasky/Daily NewsElba’s Jaykob Belluscio goes up against a host of Fighting Irish players on Friday night at Notre Dame.

BATAVIA — After a tough loss to Oakfield-Alabama on Wednesday, its first setback of the season, Elba didn’t have much time to regroup before Friday night’s matchup with rival Notre Dame.

After trailing by as many as eight in a high-scoring first quarter, Elba used a 7-0 run to start the second frame and outscored the Fighting Irish 14-4 in the quarter to take a lead into halftime that it would never relinquish on its way to a big 61-50 victory in Batavia.

“I am very proud of my team and the way they came out and played after dropping our game to Oakfield on Wednesday,” Elba head coach Ciaci Zambito said. “My two questions coming into this one were — 1. Do we have enough fight to win a big time game against a really good game? And 2. Are we mature enough to finish a game out with the lead against a really good team. We found out a lot about ourselves, because ND is very good. We have to continue to work because we are nowhere near where we need to be if we want to accomplish our goals. I’m excited to get back to practice with these guys on Sunday.”

The win for Elba (3-1) was highlighted by a pair of buzzer-beating half-court threes, one from Connor Scott to end the first half that gave the Lancers a 32-28 advantage and the second from Jayden Hughes to end the third quarter that made it 52-42.

A 7-0 spurt midway through the third, capped with a Scott bucket, gave Elba it’s biggest lead of the night at 47-35 before the Fighting Irish would close the gap with seven straight of their own, capped by a drive from Mark Sanders Jr.

However, Caleb Scouten scored before Hughes hit the half-court three and that seemed to take the wind out of ND’s sails as the closest the Fighting Irish would get the rest of the way was eight.

Scott hit three triples and led four Elba players in double figures with 15 points to pace the balanced effort, while Zach Howard had 14, Hughes hit three treys and finished with 13 and Scouten netted 10 in the win.

Jimmy Fanara scored 14 points, Colin McCulley had 13, Jordan Welker had 10 and Sanders Jr. finished with eight in the loss for Notre Dame, which fell to 2-1.

Fanara scored eight of his points in the opening quarter, including a pair of threes, as the Fighting Irish jumped out to a 14-6 lead midway through the frame. The Lancers would attempt to close the gap but McCulley drilled a deep three at the buzzer of the first to give ND the 24-18 lead.

Scott then scored eight big points for the Lancers in the second as they started to take control, while the Lancers defense held the Irish scoreless for nearly the first six minutes of the second quarter.

Elba will next be in action on Tuesday against Attica, while Notre Dame will meet Batavia on Sunday.