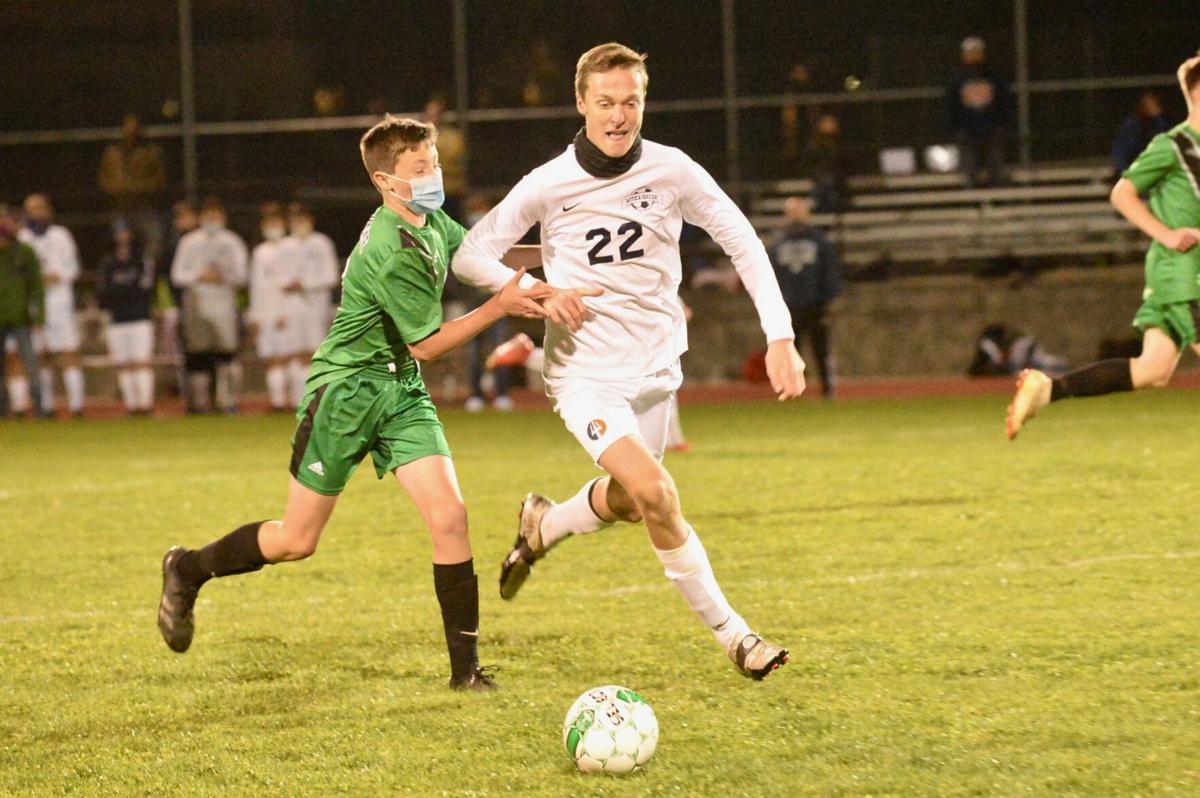 Alex Brasky/Batavia Daily NewsAttica’s Luke George runs toward the ball as a Pembroke defender tries to slow him down. 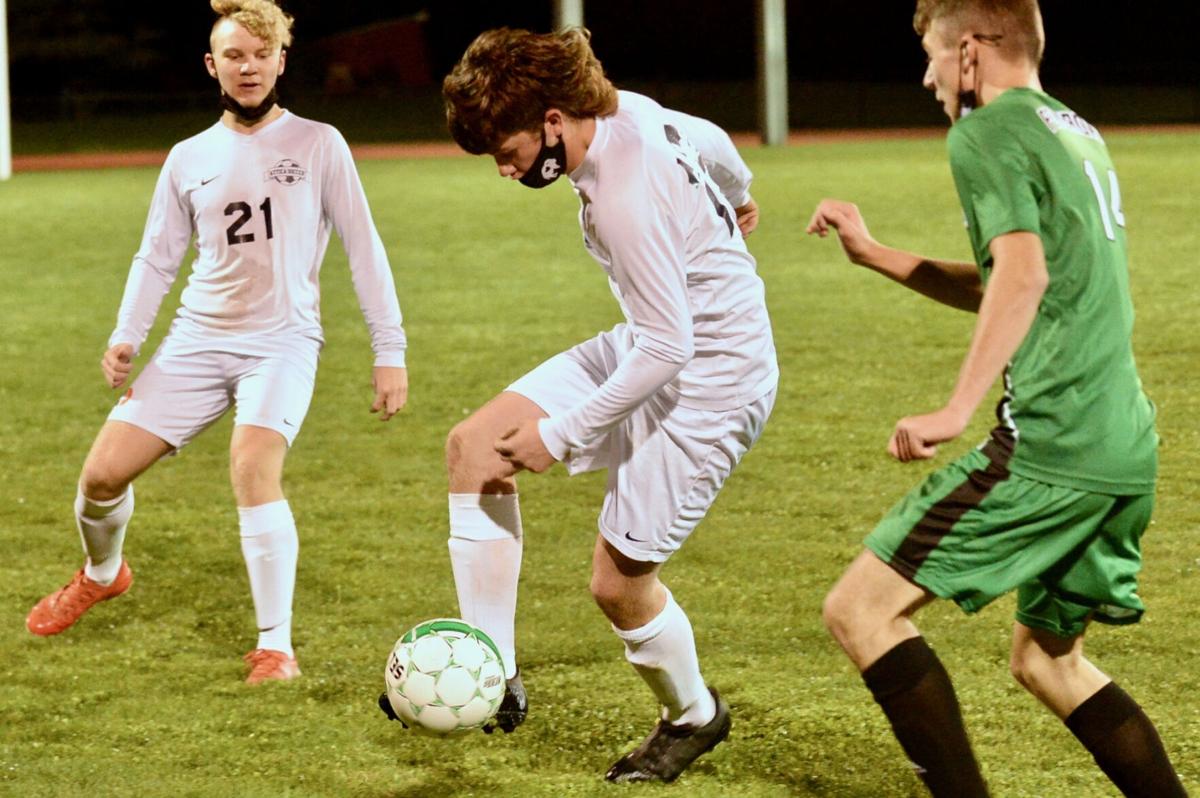 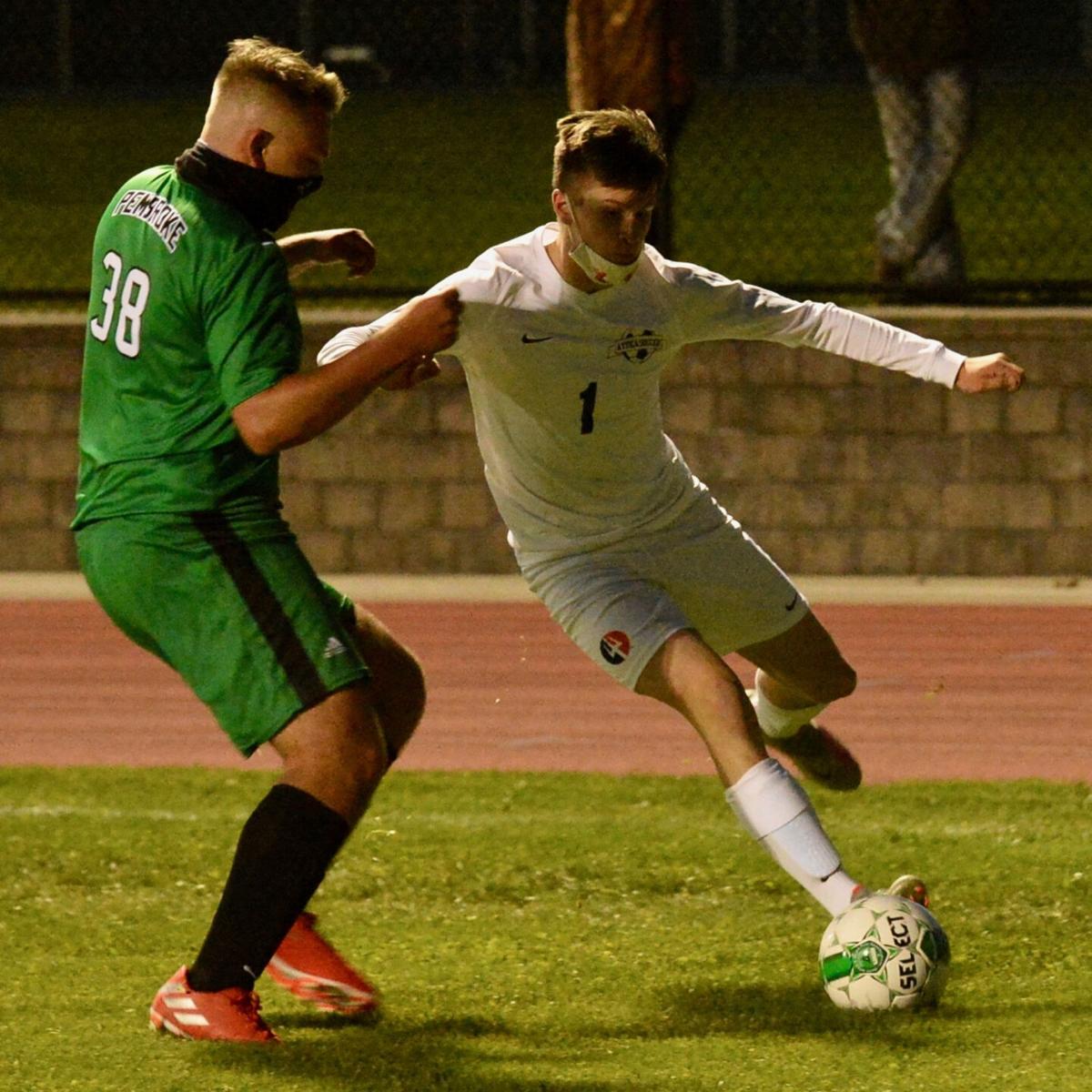 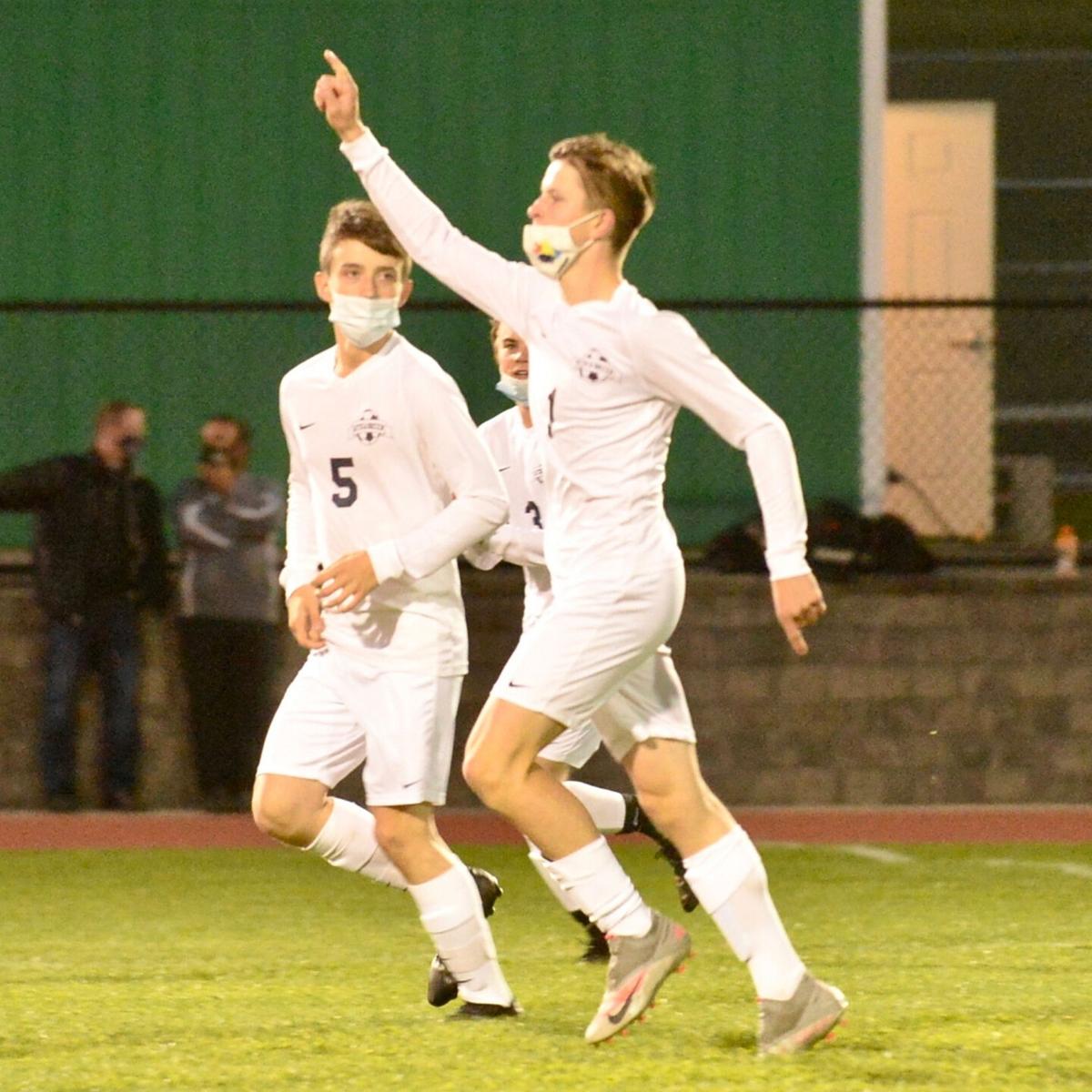 Alex Brasky/Batavia Daily NewsAttica’s Luke George runs toward the ball as a Pembroke defender tries to slow him down.

PEMBROKE — High school sports officially returned to the Genesee Region on Monday, as several boys soccer games took place on what was opening night of the 2020 fall season. One of the ‘games of the night’ took place at Pembroke High School, where the Dragons hosted a tough Attica squad.

Despite a long layoff resulting from the COVID-19 pandemic, which cut the fall season short, the Blue Devils showed little sign of rust and made easy work of their league rival. Attica used a five-goal first half to take a 5-0 halftime lead and finished things off in the second half, winning by a 6-1 margin.

Attica got off to a quick start when sophomore forward Simon Lamparelli stole a ball from a Pembroke defender and finished on a breakaway just 40 seconds into the game to put the Blue Devils up 1-0. Just a few minutes later, senior defender Travis Kauffman scored off a corner kick from sophomore midfielder Jonah Clark to increase Attica’s lead to two.

Over the next several minutes, the Blue Devils continued to put pressure on the Dragons and would break the game open after they were able to net three tallies in a span of eight minutes.

Ten minutes into the second half, junior defender Matthew Parkhurst scored on a sweet cross from Dickhut, while Pembroke was able to get on the board with a goal that came on a penalty kick late in the second half.

The Blue Devils (1-0) look ahead to a matchup with Holley on Wednesday at Holley, while Pembroke (0-1) awaits a matchup with Byron-Bergen/Elba next week.