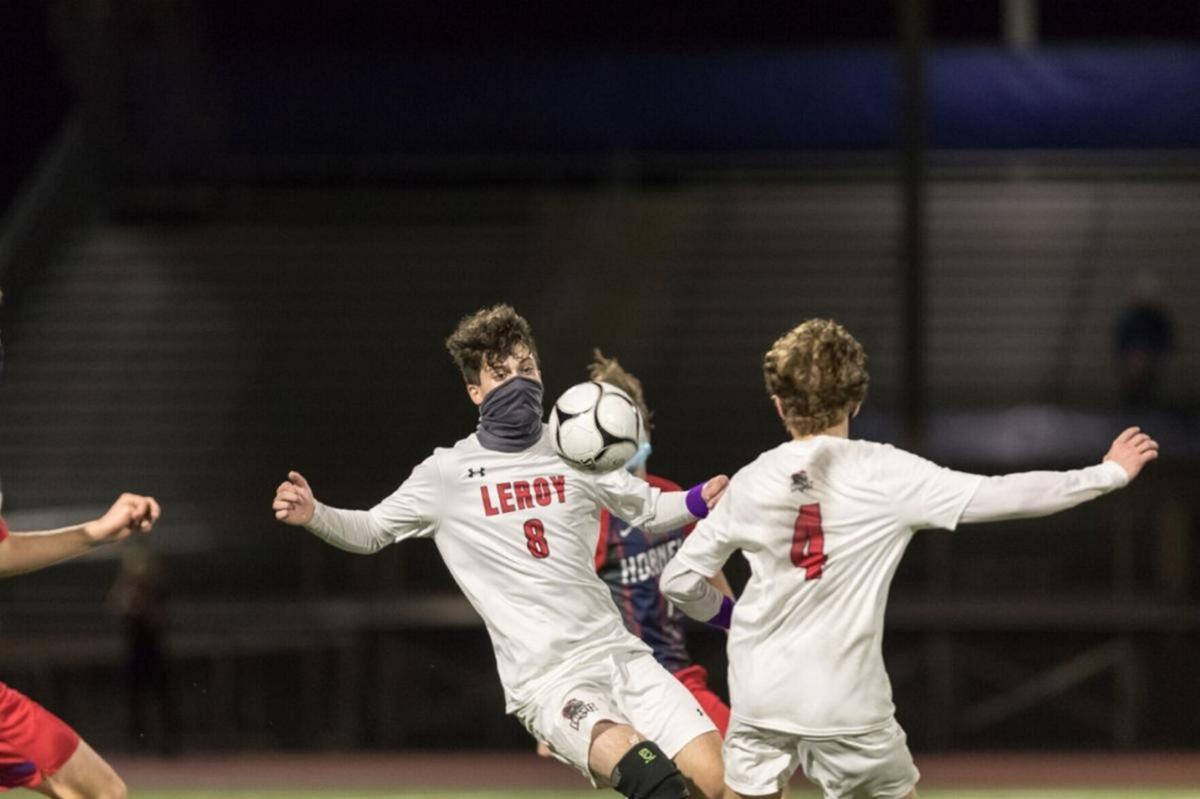 File photoLe Roy was just 4-6-1 this season but had hopes of making a run in the Class B2 tournament this fall. 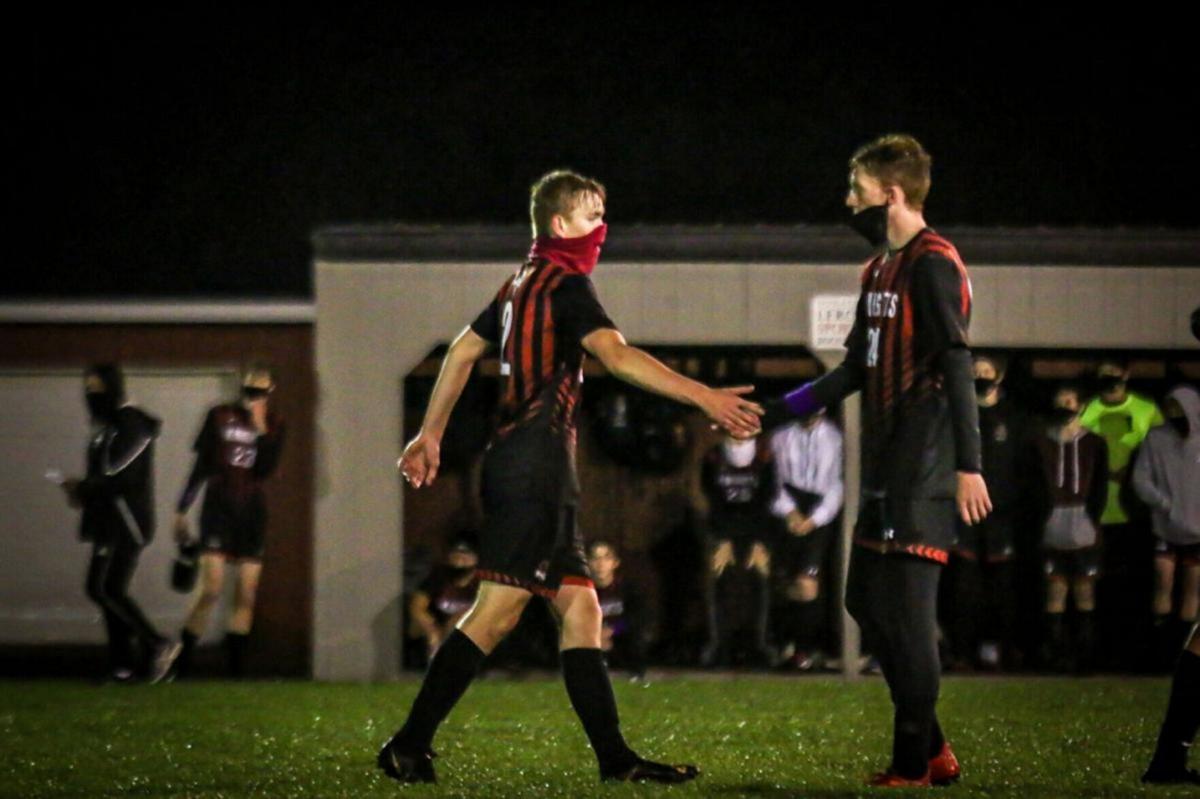 File photoLe Roy will not be able to participate in the 2020 Section V tournament because of COVID-19 protocols.

File photoLe Roy was just 4-6-1 this season but had hopes of making a run in the Class B2 tournament this fall.

File photoLe Roy will not be able to participate in the 2020 Section V tournament because of COVID-19 protocols.

LE ROY — At just 4-6-1, it certainly wasn’t the season that the Le Roy boys soccer team had been expecting. With 10 seniors and a talented group, the Oatkan Knights had struggled, losing three in a row before the scheduled regular-season finale against Hornell at Hartwood Park.

Yet with one final game to try and get things right, Le Roy thought that it still had a chance to make a run come sectional tournament time, though it would have been a longshot in a tough Class B2 bracket.

That chance, though, was taken away from the Oatkan Knights through no fault of their own.

Le Roy was told by the school on Friday afternoon that its final regular season game against Hornell later that evening was going to be cancelled because a player from Letchworth/Warsaw had a positive case of COVID-19. And that was only the beginning.

The Oatkan Knights had played the United on Halloween day, October 31.

“We were later contacted by the Wyoming County Department of Health and told that our team would be quarantined for 14 days from the date of contact,” Le Roy head coach Bob Hammer said. “That meant that we would not be able to participate in the Section V tournament because the Section V committee has been clear that the tournament dates would not be adjusted for COVID.”

Thus, despite not having a positive case of COVID-19 on their own team, the Oatkan Knights were forced to miss out on the Section V tournament due to the instructions of a county health department different from the one in Genesee County, in which they reside.

Likely toward the bottom half of the bracket with a tough Bath-Haverling sitting at No. 1, the Oatkan Knights would have clearly been the underdogs most of the way. However, this was a season with high expectations and those expectations didn’t go away simply because they struggled through 11 games.

“It has been gut wrenching to have our season end in this way,” Hammer said. “All season long our seniors have been especially focused on the section V tournament and they felt that we had the potential of making it further than any team in the history of the boys soccer program. Not getting the chance to play it out will always leave an empty feeling of what could have been.”

Le Roy started the season a solid 3-1, which included a win over a strong Letchworth/Warsaw team and a 1-0 overtime setback to a one-loss Livonia squad. Since that point, the Oatkan Knights hit the skids.

Starting with the second half of the LetSaw game, Le Roy went over 300 minutes without finding the back of the net and it would go just 1-5-1 down the stretch.

Despite the record, the Oatkan Knights were in every game they played, including a pair of tough, close defeats at the hands of aforementioned Bath. And with those 10 seniors — Nate Andrews, Landon Calabrese, Jason Eck, Ben Herrick, Ethan Litolff, Alex Panepento, AJ Porter, Kenny Saunders, Jeff Stefani and Nick Vallese — Le Roy thought it had a chance every time it stepped on the pitch.

“My conversations with our seniors have been heartbreaking,” Hammer said. “They are an incredible group of young men who really look out for one another. Even in quarantine they regularly Zoom and encourage each other.”

Unfortunately for the Oatkan Knights, there is nothing they can do about the 2020 season. It’s over without the chance for them to be able to end it. Careers are over and memories won’t be made.

There is a bright side, however. Le Roy had 16 underclassmen on the roster this season, many of whom saw ample playing time in important situations this season, and there will be lessons to learn from every aspect of this campaign, from the uncertain beginning, to the rough stretch in the middle and the unceremonious end.

“I am confident that this experience will have a profound impact on our returning players,” Hammer said. “I anticipate they’ll approach every day with the team like it’s their last and be thankful for each day they get to play the game they love with their teammates.”