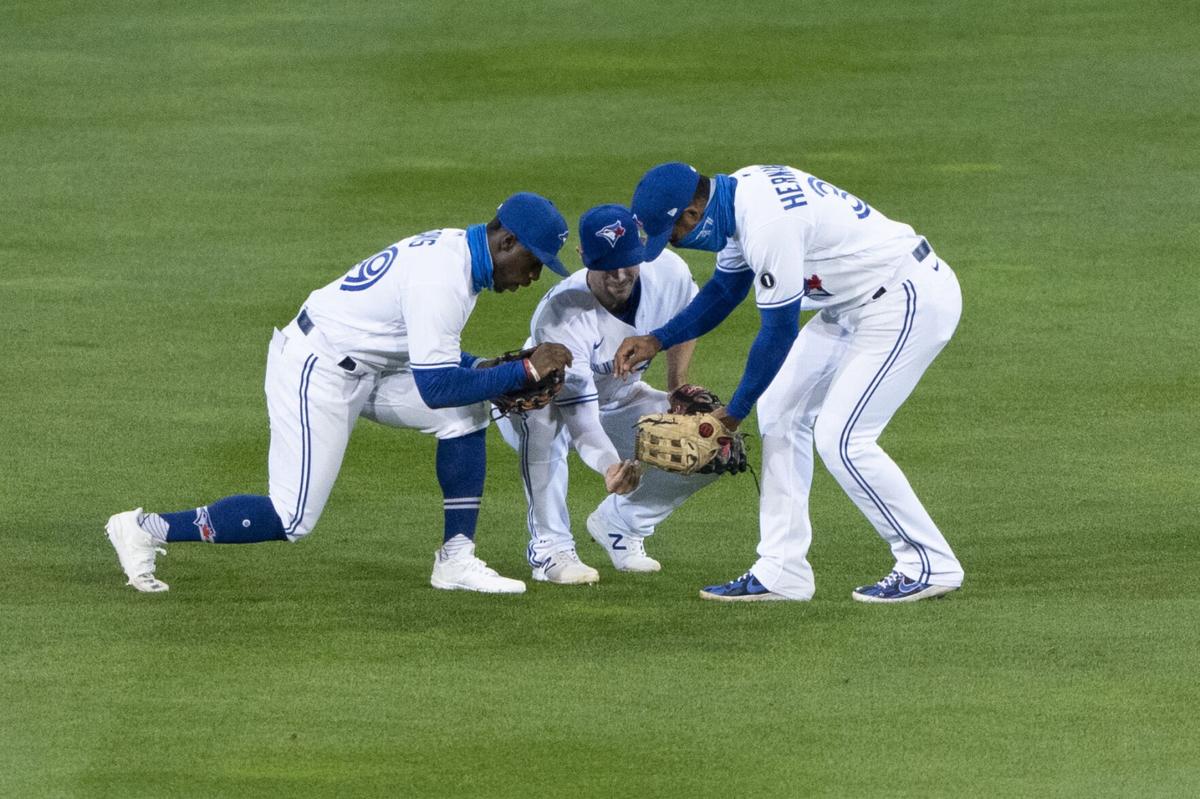 Before Toronto’s four-game series against the Yankees this week, the last time I had entered Sahlen Field was on Sept. 9. At that time the Blue Jays were one of the hottest teams in baseball, as the day before they had just handed the Yankees their fifth-straight loss.

On Monday, as I entered the confines of the Jays’ temporary home for the first game of a four-game set, the tables had turned quite considerably. It was now New York that was riding a hot streak and it was Toronto that was floundering, for the first time in months.

Entering Monday’s series opener with the Jays, the Yankees had lost the last game of a three-game set with the Red Sox on Sunday, but before that, the Bombers had won 10-straight. Conversely, despite winning the final game of a four-game set with the Phillies on Sunday, prior to that win the Jays had lost six games in a row and dropped eight of their last 10.

While it’s been a roller coaster of a season for both of these franchises, one thing has remained clear throughout much of the season, especially since the Jays first began to emerge with a six-game winning streak in mid-August. What’s clear is that the Jays and Yankees will be two of the most exciting teams in MLB to watch for years to come.

Beginning with the Yankees, the obvious names stand out, Aaron Judge, Giancarlo Stanton, Gleyber Torres, and Aroldis Chapman headline one of the most star-studded rosters in MLB. Be that as it may, it’s not the obvious names that have been carrying the Yanks this season, as many of NY’s stars have spent their fair share of time on the injured list, leaving other, lesser-known Yankees to carry the load and emerge as stars in their own right.

There has been no NY hitter that has carried more of the load than first baseman Luke Voit, who currently leads MLB in homers and is a top of the list MVP candidate. Along with Voit, outfielder Clint Frazier is finally getting his time to shine and has taken advantage. Before Wednesday’s game, Frazier was batting .286 with eight home runs and 26 RBI in 41 games played. Infielder D.J. LeMahieu is having another great year, and before Wednesday’s game led the Yankees with a .356 average which plants him squarely in the running for the batting title.

Not to be outdone, the Jays have a roster with perhaps the most name recognition in the game, as Cavan Biggio, Bo Bichette, and Vladimir Guerrero Jr. are all second-generation stars that are succeeding in their second big league season.

Before an injury sidelined him in mid-August, Bichette was putting together one of the best seasons of any player in MLB. Prior to his injury, Bichette was batting .361 with five home runs and 13 RBI in 15 games. Bichette returned Sept. 12 and before Wednesday’s game had gone 10-for-46 with four extra-base hits and six runs batted in since returning.

Guerrero Jr. hasn’t had a huge year, but his numbers are reasonable and his presence in the Jays’ lineup has been consistent all season long. Guerrero Jr. entered Wednesday’s game against the Yanks batting .250 with seven home runs and 28 RBI while playing in all 55 of Toronto’s games.

Biggio’s numbers are comparable to Guerrero Jr.’s, as, before Wednesday’s game he had recorded a .245 average to go with seven home runs and 25 RBI. Like Guerrero Jr., Biggio had also played in all 55 of Toronto’s games this season.

Along with Toronto’s second-generation trio, outfielder Teoscar Hernandez is having one of the best seasons of any hitter in the league. Before the third game of his team’s series against the Yankees was tied for fifth in MLB in home runs with 16 and was top-25 in batting average (.325). Outfielders Lourdes Gurriel Jr. and Randal Grichuk have also enjoyed stretches of elite play, no better example being a seven-game stretch from Aug. 16 to Aug. 21, when the two combined to rack up 19 hits and eight homers for the Jays.

This season, as the Jays and Yankees battled for playoff positioning through the middle portion of the season, fans got a chance to enjoy a preview of what’s to come. As Boston now sits in the cellar of the American League, and with Toronto and New York clearly on the rise, this will be the rivalry that MLB fans enjoy watching most over the next five years or more.

On Wednesday night, as I walked out of Sahlen Field for the final time this season, there was plenty to reflect on after a short, but fun summer of baseball in Buffalo.

But all I could think about was how much fun it’s going to be watching these two teams go at it over the next five years or so.