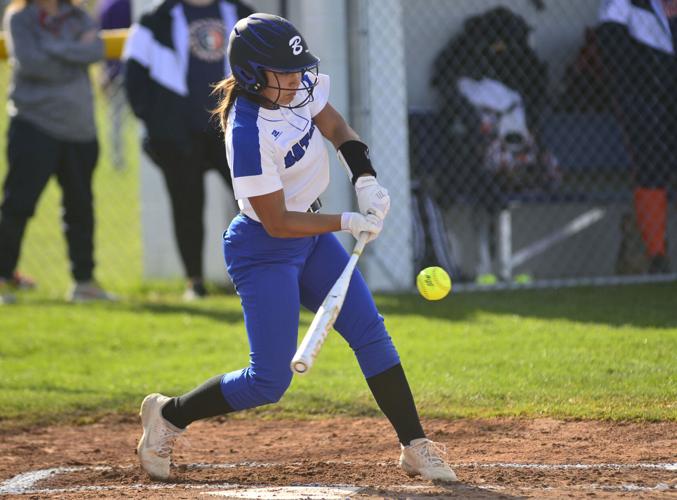 Mark Gutman/Daily News Batavia is one of several teams to earn a No. 1 seed in their sectional classification early on in the season. 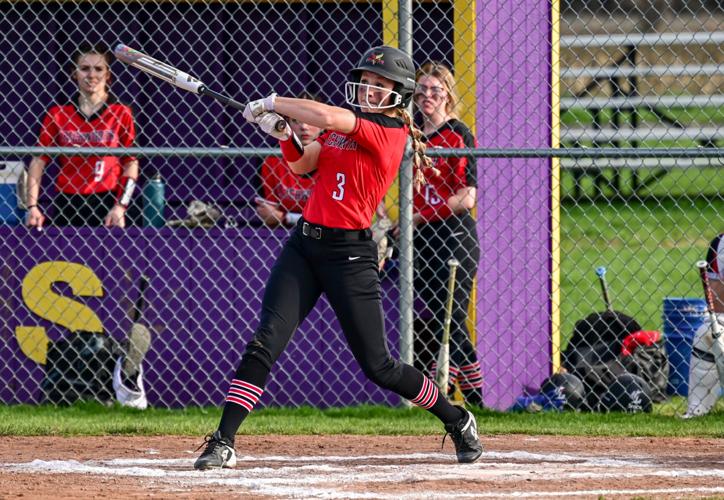 Lindsey Meys Photography Heading into Thursday's game against Cal-Mum, Letchworth is 5-2 on the season andis expected to be a dangerous team come sectional time. 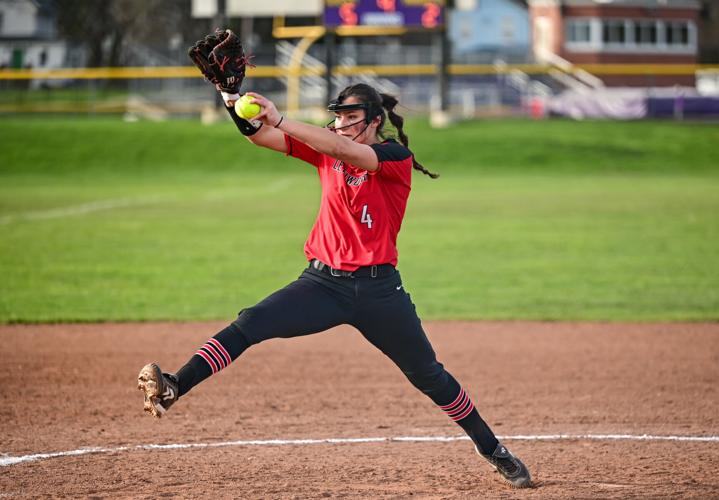 Lindsey Meys Photography Letchworth's Brooke DeGroff is one of the top two-way players in the LCAA, both in the circle, and at the plate. 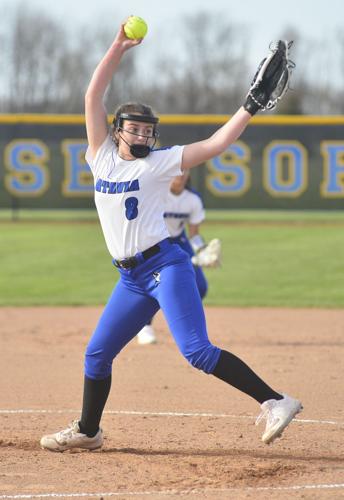 Mark Gutman/Daily News Batavia is one of several teams to earn a No. 1 seed in their sectional classification early on in the season.

Lindsey Meys Photography Heading into Thursday's game against Cal-Mum, Letchworth is 5-2 on the season andis expected to be a dangerous team come sectional time.

Lindsey Meys Photography Letchworth's Brooke DeGroff is one of the top two-way players in the LCAA, both in the circle, and at the plate.

Several GLOW region softball programs have set themselves up to make a run at a Section V title with hot starts to begin the 2022 spring season.

With four area teams holding top seeds in their respective sectional classification following the first four and a half weeks of competition, it’s sure to be an exciting campaign filled with plenty of hardware.

Batavia has begun the season at 5-2, with wins over Section VI’s Medina, Brockport (1-7), Spencerport (3-4), Attica (1-3) and Greece Arcadia (1-5) to its record. The Blue Devils’ two defeats have come at the hands of Pittsford Mendon (4-2) and Pembroke (3-1). Coached by Jim Fazio, Batavia is powered by a number of young players, including sophomore hurler Giana Mruczek and sophomore sluggers Julia Clark and Sophia Minuto.

The Blue Devils will be vying for a championship along with eight other Class B1 teams this season. Batavia currently stands as the No. 1 seed in the early going, according to SectionVSoftball.net’s sectional standings.

In Class B2, there are a number of teams in contention for a sectional championship, including Le Roy, which has seen mixed results through a tough six-game start to its schedule. The Knights are 3-3 with league wins over Geneseo (0-8), Warsaw (2-5) and Pavilion (3-4), which came by a combined score of 44-9. However, Le Roy dropped tough matchups with defending ‘C1’ champion Avon (6-0), Class A competitor Irondequoit (7-5), and defending ‘D1’ champion Keshequa (5-2). Despite holding just a .500 record through the first quarter of their schedule, expect the Knights to be there in the end.

Le Roy is sixth in the current ‘B2’ standings and saw sophomore hurler Lily Uberty deliver a perfect game with five strikeouts in her first varsity start, a 17-5 win over Warsaw. At the plate, seniors Hailey Johnson and Kailyn Tresco, along with junior Maddie Spink and freshman Sierra Burk have all been hot with the bat.

The Knights are in action tonight against Perry (0-6).

Elsewhere in the Livingston Conference, defending champion Avon has started the season red-hot behind superstar senior Joleigh Crye’s tremendous two-way effort. As Avon’s starting pitcher, Crye has struck out 77 batters through her team’s 6-0 start while also serving as one of her team’s top contributors at the plate. From the dish, Crye is batting over .600 with 11 runs scored.

The Braves, who are currently the top team in ‘C1,’ have defeated six league foes to begin the year — Pavilion, Geneseo, Le Roy, Letchworth (5-2), Perry and Hornell (2-3). Avon will take on York (3-4) tonight, hoping to keep its unbeaten streak alive. Next week, the Braves have two tough ‘C1’ matchups against Alexander (3-1) and Letchworth.

Oakfield-Alabama (3-0) and Pembroke (3-1) sit atop the ‘C2’ standings, with O-A entering tonight’s action at No.1 and Pembroke tied for the No. 2 slot with fellow Genesee Region League competitor Kendall (3-1).

Pembroke’s top win this season came over Batavia, 6-1, as senior ace Allie Schwerthoffer carried the day, striking out 12 Blue Devils’ batters en route to her second win of the year. The next day, the Dragons faced another tough test in O-A but fell one-run shy of another significant victory. Pembroke fell to the Hornets 2-1 in an exciting extra-inning affair. Schwerthoffer lost a battle with O-A senior Jenna Gilbert, who went the distance for the Hornets, allowing five hits and striking out 11 while walking just two in a winning effort.

Oakfield-Alabama will get back at it tonight against York in a non-league contest.

Class C3 is perhaps the most intriguing classification when it comes to local teams vying for a championship.

At the top of the food chain thus far is Lyndonville, which sits at 6-0 after a blistering start powered by a dual-threat on the mound, sound defense and a powerful lineup. Junior hurlers Lorelei Dillenbeck and Haley Shaffer have done the honors for the Tigers from the circle, while a plethora of talented hitters line Lyndonville’s roster, including fifth-year senior multi-sport star Ella Lewis. The Tigers have already posted wins over fellow ‘C2’ competitors Notre Dame (2-2) and Byron-Bergen (4-1) this season, along with victories over Section VI opponents Barker, Akron and Wilson, and Elba (0-5).

From the Livingston Conference, Keshequa remains a fierce contender for a sectional title, with a 5-2 mark through its first seven games, including wins over Le Roy, Letchworth, York, Warsaw and ‘C3’ foe Cal-Mum (7-1). Keshequa handed the Raiders their first loss of the season, 6-0, with junior Aurora Sabins spinning a gem, allowing just three hits and striking out five. Sabins has also been one of the Indians’ top contributors at the plate, along with senior Mackenzie Gillen and sophomores Kelsey Davis and Libby Benner. The Indians are currently the No. 6 team in Class C3 due to its two losses which came at the hands of out-of-state competition during a trip down south during spring break.

Over the next several weeks, things will become a bit clearer, with a few of the teams mentioned above separating themselves from the pack and a few falling out of contention altogether. One thing is for sure, expect plenty of fireworks from the various GLOW region (Genesee, Livingston, Orleans, Wyoming counties) programs that have, early on, put themselves in a position to make a run at a coveted Sec. V block.

Fasten your seatbelts for what is sure to be an exciting ride.