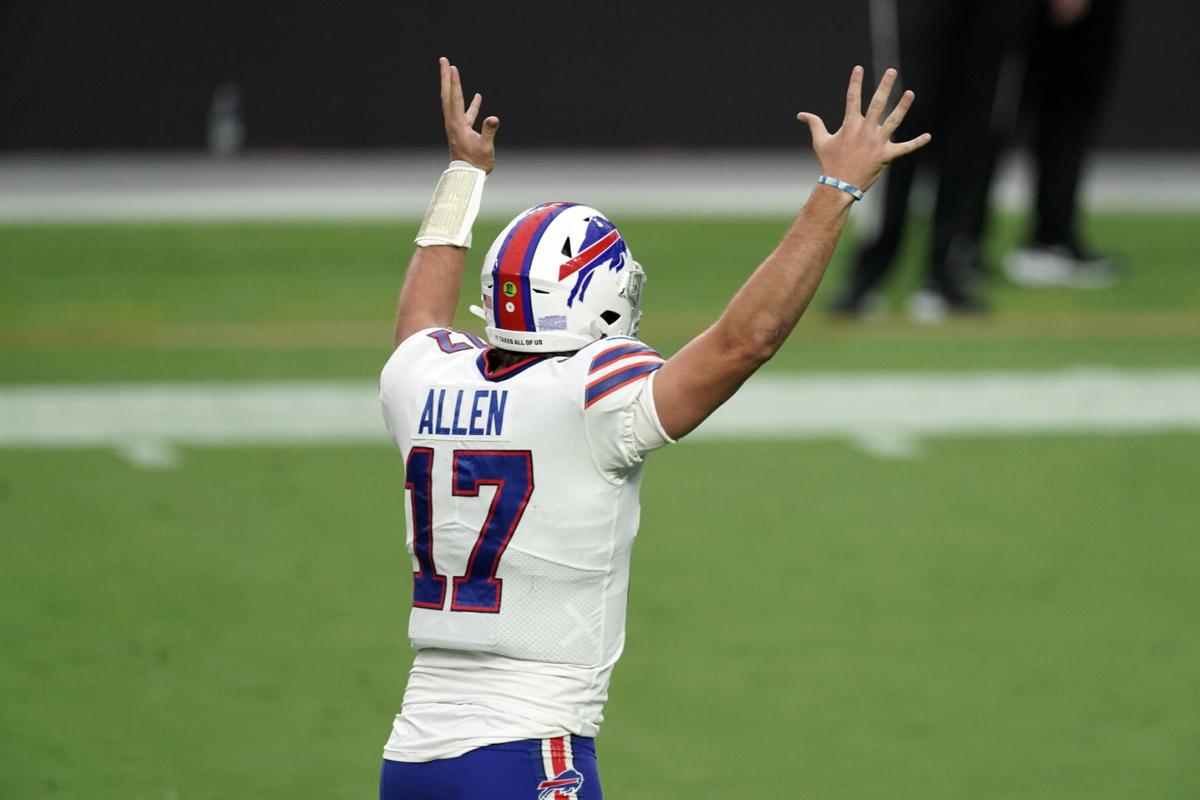 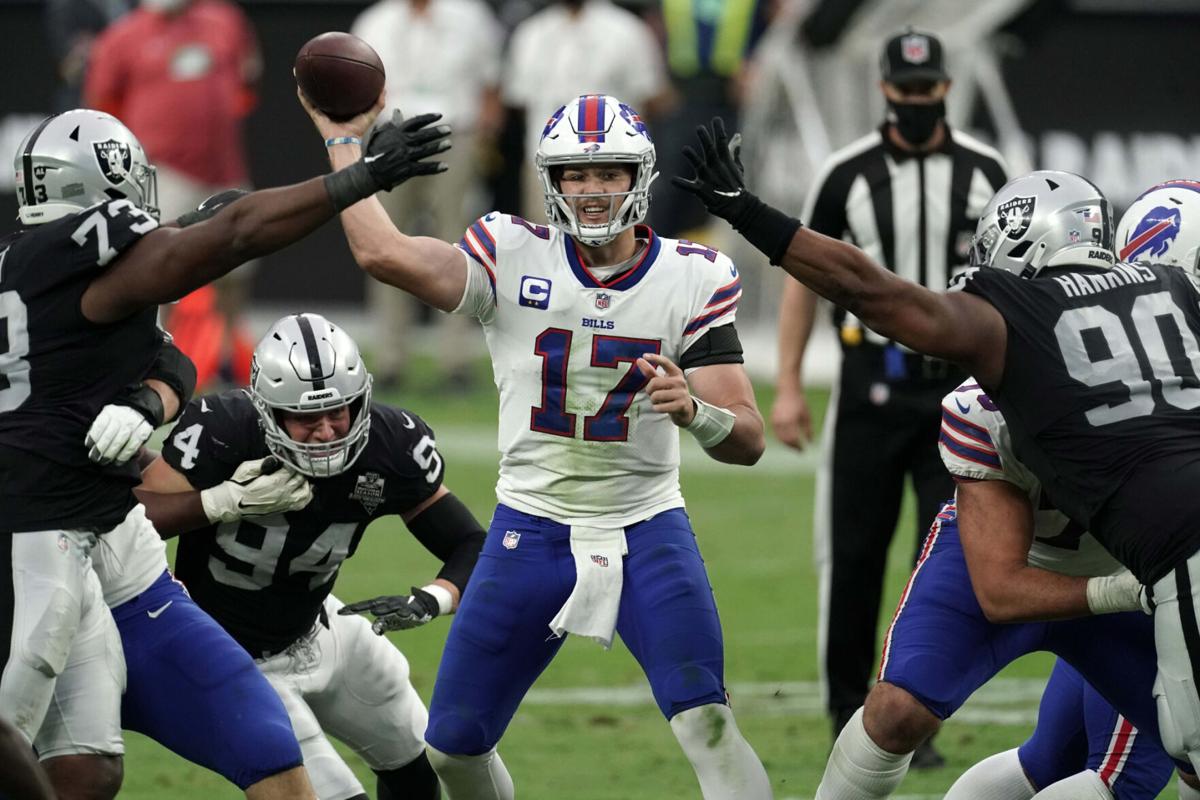 We all remember after the Bills’ Week 1 win over the New York Jets, fans and media alike called for quarterback Josh Allen to do more using his arm and less on designed runs and unscripted scrambles. Since that game in early September, when he ran the ball 14 times, Allen has done just that as he’s run only 11 times over the Bills’ past three games while continuing his ascension toward becoming one of the NFL’s most-talented passers.

Through four games, Allen’s statistics rank near the top of the league in every major passing category. Behind only Dallas Cowboys’ quarterback Dak Prescott, Allen is second in the NFL in passing yards with 1,326 and is also second in passing touchdowns with 12, trailing only Seattle Seahawks QB Russell Wilson, who has thrown 16 through four weeks. In terms of QB Rating, Allen is third in the NFL with an 87.1 rating, as league leaders Patrick Mahomes and Aaron Rodgers are tied for the league lead in QBR with a rating of 91.7.

Allen is also third in yards per completion (12.6 YDS/COMP), behind Minnesota Vikings QB Kirk Cousins (14.2 YDS/COMP), and Houston Texans QB Deshaun Watson (13 YDS/COMP). He also has the most 300+ yard passing games in the league, with three, which is the same number of 300-yard games Wilson, Prescott, and Cincinnati Bengals rookie QB Joe Burrow have recorded this season.

Allen has also passed the eye test, most recently in Buffalo’s win over the Raiders on Sunday.

Allen didn’t wait long to put his refined arm talent on display against Las Vegas, as on the Bills’ opening drive, Allen converted a third down on a pass to wide receiver Stefon Diggs who was heading toward the sideline. Allen lofted the throw over one Raiders’ defender and hit Diggs perfectly in stride, out of reach of two other defenders in the area. This throw didn’t go for big yardage but displayed one of the areas in which Allen has improved a ton as he appears much more able to deliver the ball with touch this season.

Allen has also improved his ability to hit the easy throws, no greater example being the touchdown he threw to rookie WR Gabriel Davis early in the first quarter. Davis lined up on the left side in the slot, streaked across the formation, and ran himself wide open before Allen found him in stride near the goal line for the score. In the past, far too often, we have seen Allen miss wide-open receivers, sometimes for touchdowns, but over the past few weeks, Allen has stopped missing open targets, and that’s led to an increase in efficiency for the Buffalo passing game and offense as a whole.

The most exciting throw that Allen had on Sunday was the near touchdown pass to WR John Brown, who made an acrobatic catch to steal the show away from his quarterback’s great toss. With two defenders trailing Brown along the goal line, Allen hurled a flat-footed strike with perfect ball placement just ahead of his receiver and out of the reach of the two Vegas’ defensive backs. The ball was thrown in a spot that only Brown would be able to catch it, and he did, setting up Buffalo’s third touchdown of the game, which came on a one-yard sneak from Allen. This throw perhaps best exhibits Allen’s growth as a passer, as it didn’t appear, to the untrained eye, that he had his best mechanics on the throw to Brown, but was still able to zip the ball in with accuracy. There was no bigger question mark surrounding Allen upon his entrance to the NFL than his accuracy and his tendency to thrown interceptions. Having solved the interception problem last year, it seems as if he may have solved any lingering concerns regarding his accuracy as well.

There are plenty of exciting aspects of the Bills’ undefeated start, but right at the top of the list is Allen’s rapid development. What we are seeing in front of our eyes this season is a quarterback, who used to be maligned, now being celebrated as one of the top up-and-coming passers in the NFL.

The Bills have found the elite passer they’ve been looking for since the days of Drew Bledsoe and moreso Jim Kelly. Josh Allen can no longer be viewed as a running quarterback who can throw, but instead its time for him to be recognized for what he is so rapidly becoming - a great passer that can run when he needs to.

(Alex Brasky is a reporter/columnist for the Batavia Daily News. He can be reached by email at abrasky@batavianews.com.)