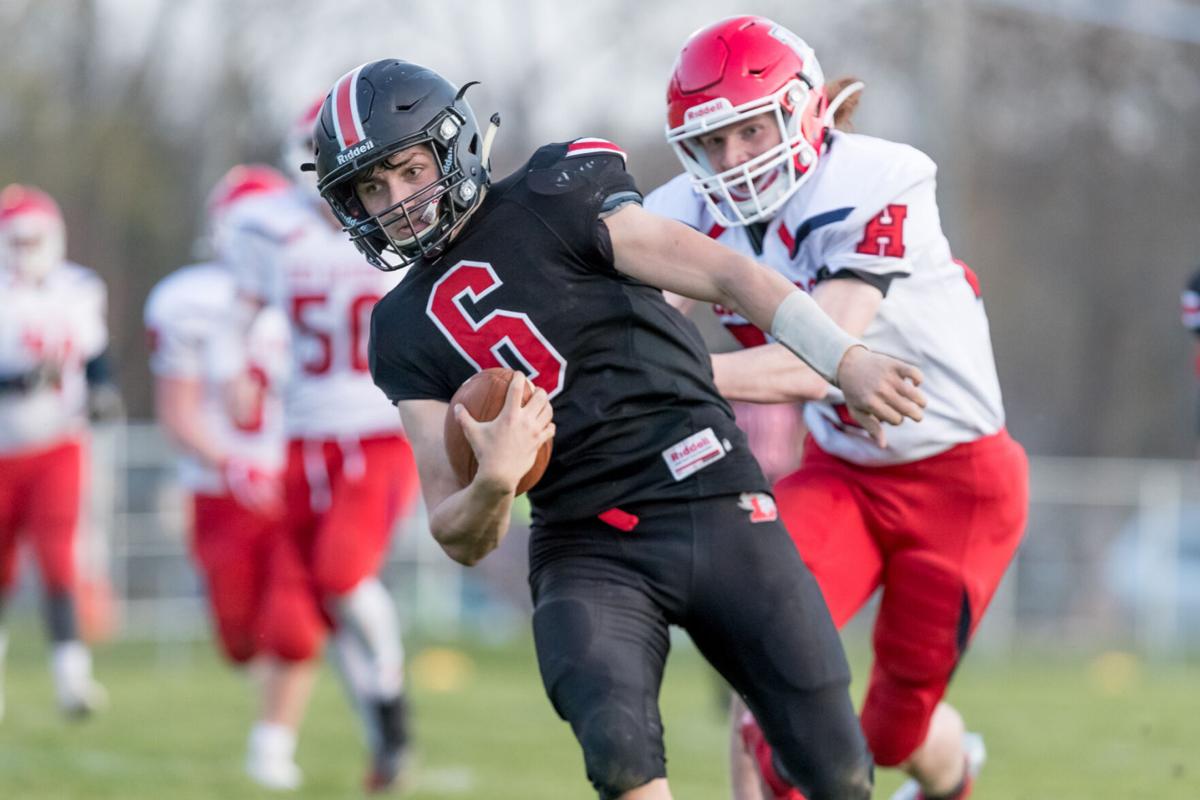 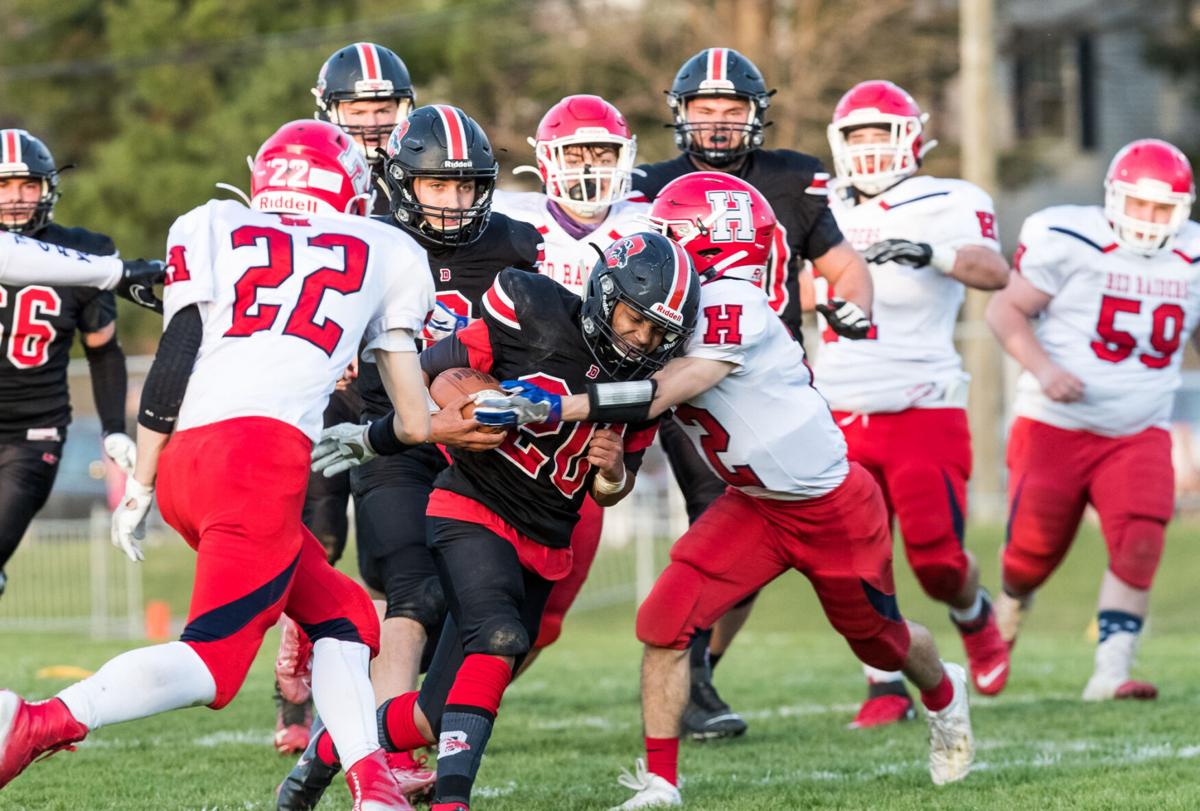 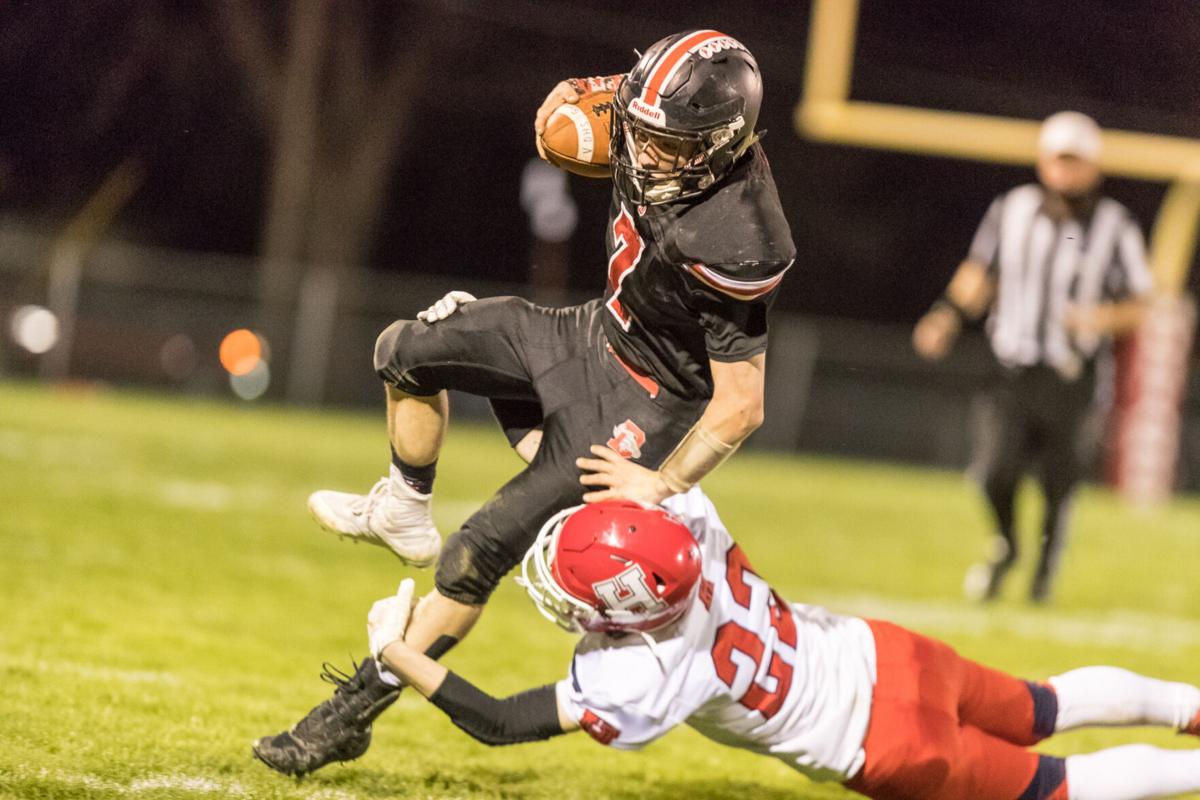 A number of teams picked up wins in Section V Class C football on Wednesday night.

The Knights moved past East Rochester/Gananda, 40-14, behind a big night from senior running back Nate Andrews.

Andrews paced the Le Roy offense with 18 carries for 115 yards and two touchdowns to go with a 25-yard touchdown reception and an 87-yard kickoff return for a TD. Quarterback John Panepento recorded four completions for 123 yards and two scores. Senior receiver Cody Lytle added two catches for 48 yards and a TD, while Adam Risewick caught one pass for 50 yards.

The Le Roy defense allowed its first points of the season and now the Knights hold a point differential of 134-14 this season. Jack Tonzi recorded nine tackles against ER/G, while Zach Vanderhoof recorded six tackles, two of which came for a loss, and a sack.

The Mustangs fell behind 7-0 at the end of the first and 14-12 at halftime but came out to seize their first lead of the game, 18-14, at the end of the third quarter. In the fourth, the Red Raiders outscored Dansville, 14-8, for the win.

Evan Pruonto recorded eight carries for 85 yards and two touchdowns to lead the Mustangs’ offense, while Ryan Carnevale added 16 carries for 65 yards and a touchdown. Calab Rigdon chipped in 20 yards on nine carries, including a touchdown.

Defensively, Pruonto made 14 tackles to lead the Dansville attack, while Cam Cartwright made 12 tackles for the Mustangs.

The Rams held on the beat Penn Yan/Dundee in a game that shouldn’t have been as close as the final score.

After seizing a 38-12 lead at halftime, B-H allowed PY/D to fight their way back into the game, but the second half rally came up just short and the Rams survived a serious scare to remain unbeaten. Bath-Haverling gained a total of 413 yards in the win, 156 of which came on account of Brayden Hess’ 14 carries. A.J. Brotz had a big day as well, including a 75-yard touchdown run which helped him to a seven-carry, 94-yard night. Keian McRae had only one carry for the Rams but took it for a 16-yard score.

Justin Yehl led the way in the passing game, throwing for 65 yards on five completions, including two TDs. Brotz caught both touchdowns and finished with four receptions for 64 yards.

For the Rams’ defense, Josh Miles made seven tackles and forced a fumble. Brotz finished with five tackles and made two interceptions. Hunter Cupp recovered a fumble and returned it 30 yards, while Austin Thorius added five tackles.

On special teams, Curtis Conrad made two onside kick recoveries for B-H in the second half.

Quarterback Austin Williams threw for a touchdown and ran for two more to lead Letchworth/Warsaw to a 35-7 win over Wellsville.

Defensively, Chris Shearing made 10 tackles, two of which came for a loss, and added an interception.

The Golden Eagles picked up their first win of the season, 28-7, over the Wildcats.

Quarterback Thomas Mead completed 9 of 18 passes for 113 yards and two touchdowns, and added five carries for 61 yards. Ben Teed carried the ball six times for 25 yards and a TD, while Caleb Hanggi, Brady Knudsen and Brogan Cotter each added touchdowns. Cotter also went 4 of 4 on PATs.

Defensively, Jack Mulford made 13 tackles, recovered two fumbles and came away with a sack for W-C. Cotter, Charley Drew and Ryan Belanger all made five tackles for the Eagles, with Cotter adding an interception and Drew and Belanger each recording a sack.