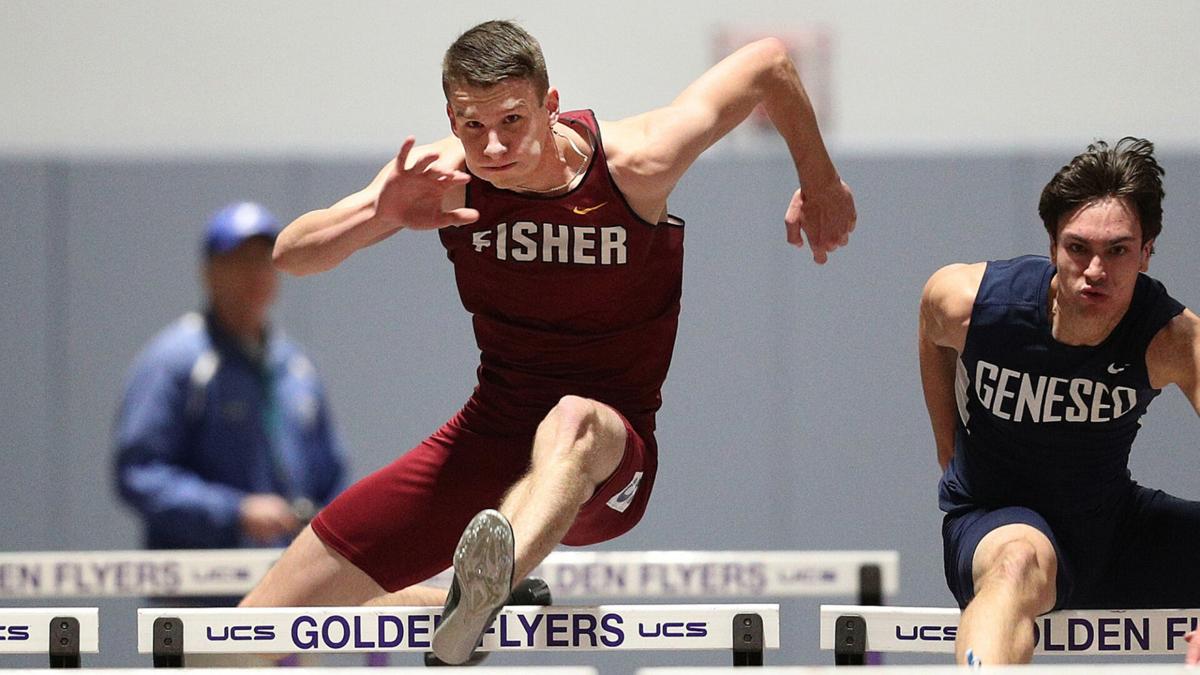 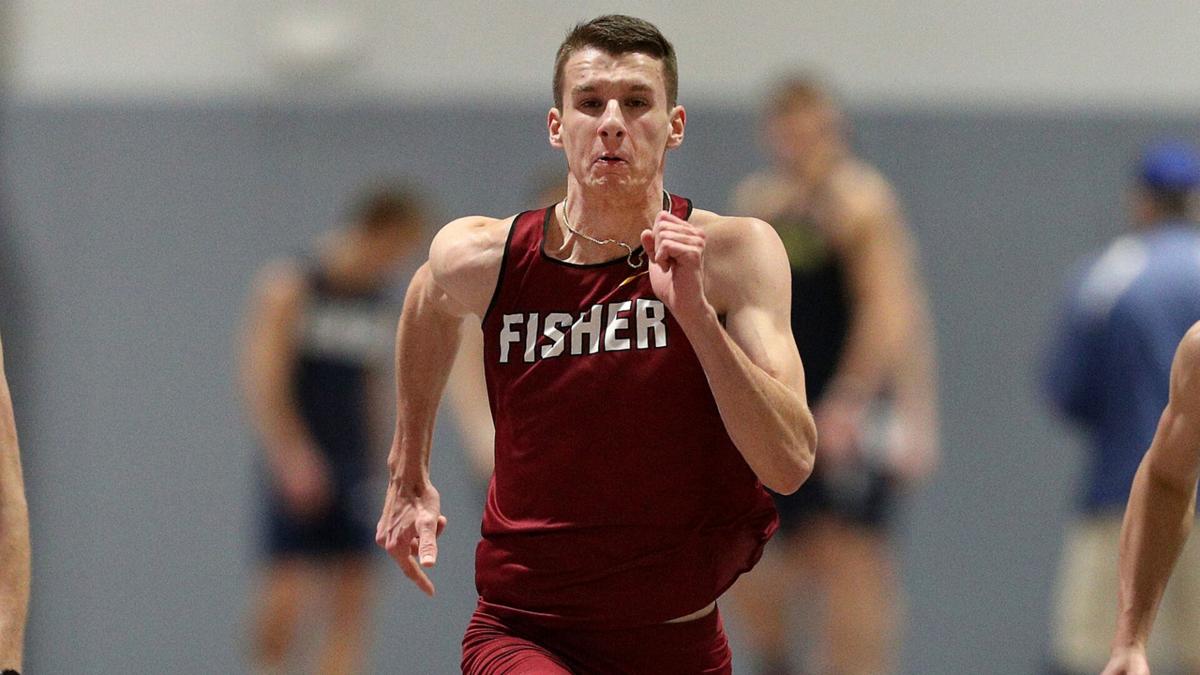 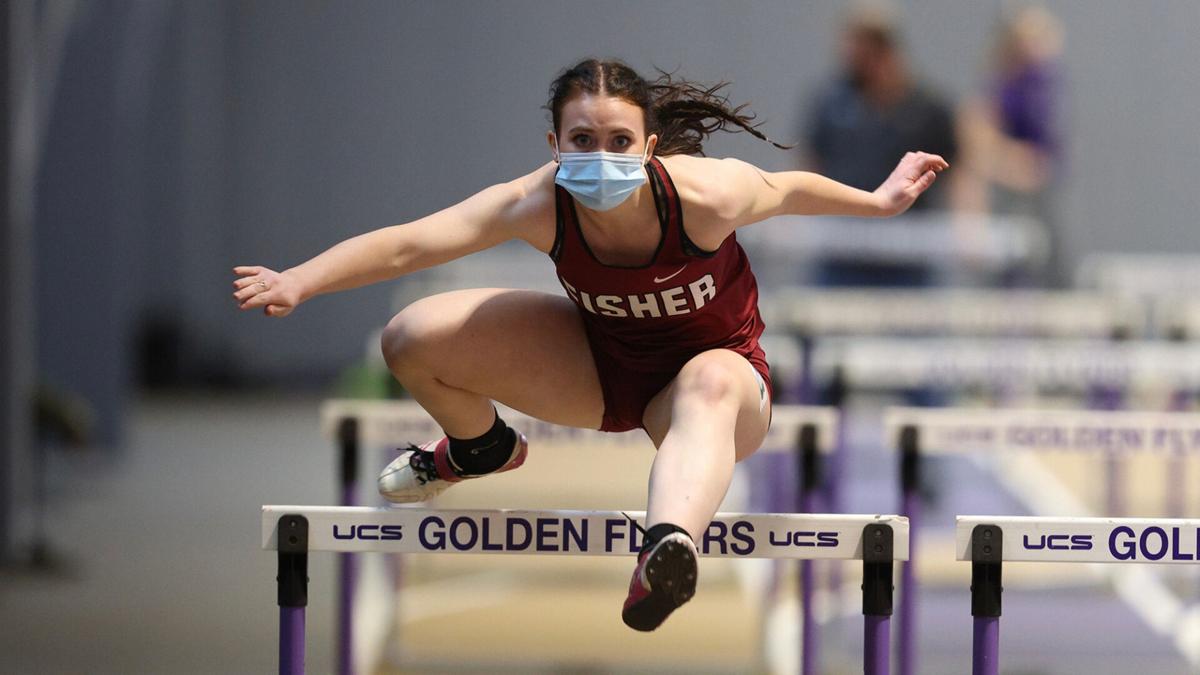 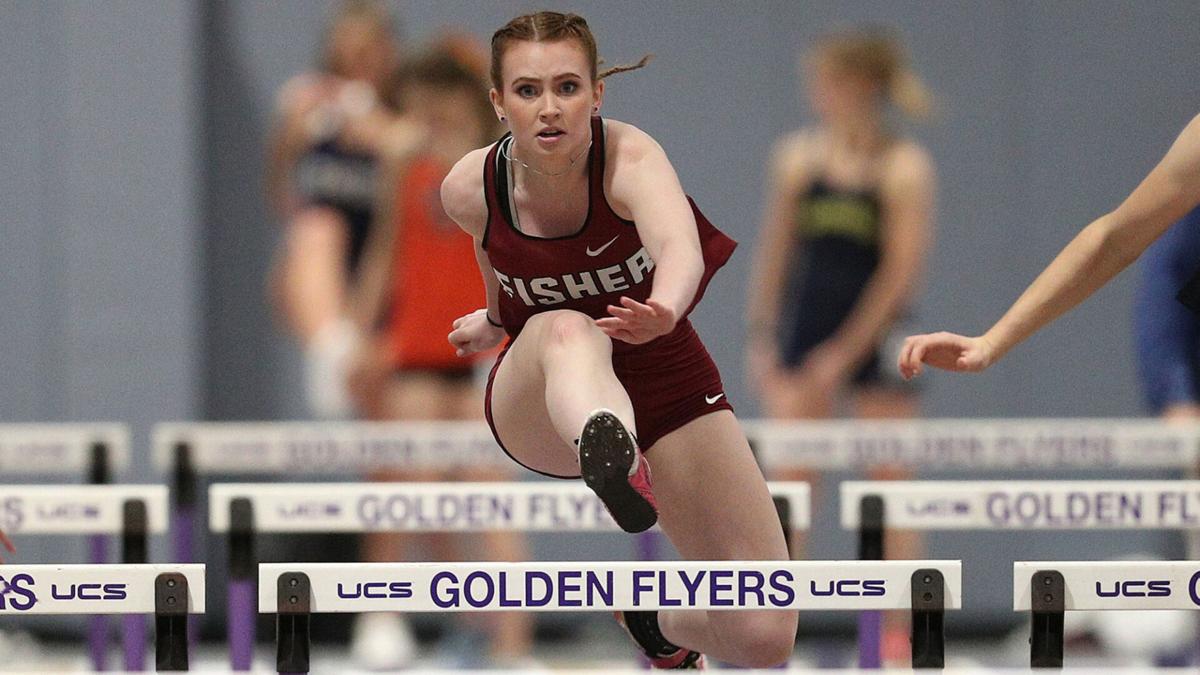 Now a St. John Fisher senior, Rollins accumulated a team-high 38 points for the Cardinals at the Empire 8 Indoor Track and Field Championships.

Rollins secured first-place finishes in the high jump, long jump, and triple jump, and setting his personal record and nabbing second place in the 60-meter hurdles. He ended the 2021 indoor season as the national leader in the high jump with a best mark of 2.10 meters, sits among the top-15 competitors in the 60-meter hurdles and the triple jump, and has the 29th best mark in the long jump.

For Rollins, impressively, it was his third straight Empire 8 Indoor Field Athlete of the Meet honor.

Rollins was the NCAA D-III outdoor champion in the high jump which followed up his All-American season in 2018 placing second.

“Kyle’s performance was outstanding winning all three jump events and also finishing second in the 60 meter hurdles with the 13th fastest time in D3,” said Fisher head coach Mike Henchen. “His performance earned him his fourth consecutive Field Athlete of the Meet award. He ended the indoor track season as the number one high jumper in the nation in D3. It was a shame that the NCAA had cancelled Indoor Nationals. We are now looking ahead to get Kyle ready for Outdoor Nationals in May. I think he might be in the best physical conditioning he has ever been so we are very excited to see what he accomplishes this outdoor season.”

Additionally, Henchen, a former Geneseo HS coach with a state championship pedigree, along with his staff consisting of Geoffrey Grambo, Wenley Louis, Dan Reynolds, Peter Girardi and Daniel Norris were named the E-8 conference’s ‘Coaching Staff of the Year.’

In all, Fisher nabbed 20 All-Conference finishes as the Cardinals ran away with the men’s title with 213 points and the women’s E-8 crown winning by two points.

“It was a great two days,” coach Henchen added. “We needed to place second in the 4x4 in order to win and we knew we could not beat Nazareth’s 4x4. Our anchor leg made up a 60 meter gap with an amazing effort to finish second by two tenths of a second to give us the overall two-point win. One of the most exciting finishes I’ve ever seen.”

Henchen pointed to Le Roy grad and Fisher sophomore Makenna Cone who contributed 18 points by winning the 60 hurdles and placing second in the long jump.

This was the second consecutive Indoor Championship win for the women.

Rollins was a three-sport standout for Geneseo HS competing in soccer, basketball and track and field all four years.

He was a NYSPHSAA champion in the Pentathlon in 2017, his senior year of high school.

Currently, Henchen has both cross-country and outdoor track and field preparing for their season.

Fisher’s first cross-country was scheduled for Thursday at Houghton (if the weather allows).

Fisher’s first track meet is this Saturday at SUNY Geneseo.

“Kyle will not be competing this weekend as Coach Louis is having all of his jumpers train through this meet,” Henchen said. “We have a full outdoor schedule including a national championship and are excited to get things back to normal.”

Henchen said Fisher we will be hosting the Cardinal Classic on Friday, April 23 (women) and Saturday April 24 (men) and are also hosting the Empire 8 Championships May 7-8.