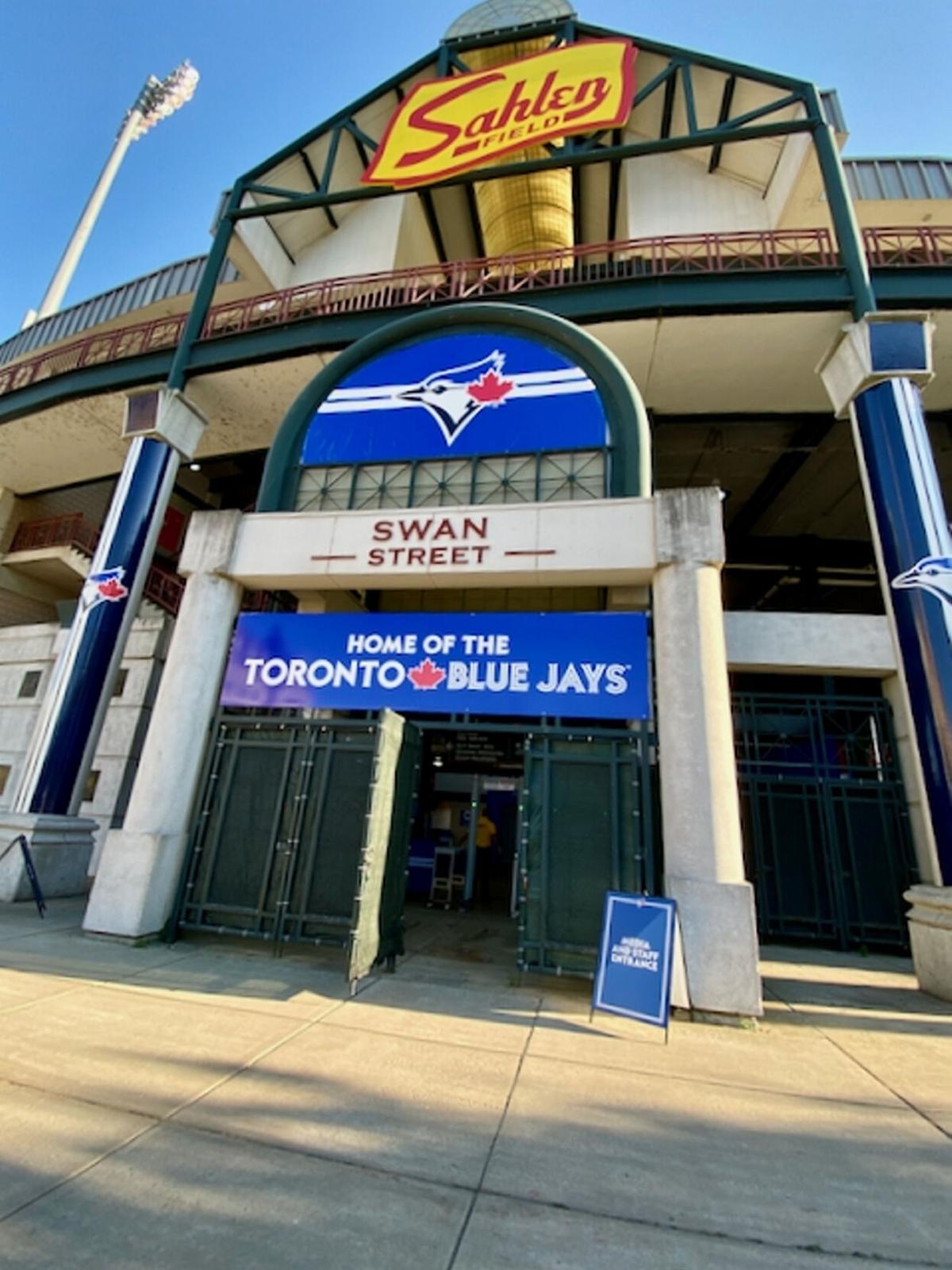 Alex Brasky/Batavia Daily News Outside the media gate at Sahlen Field in Buffalo. 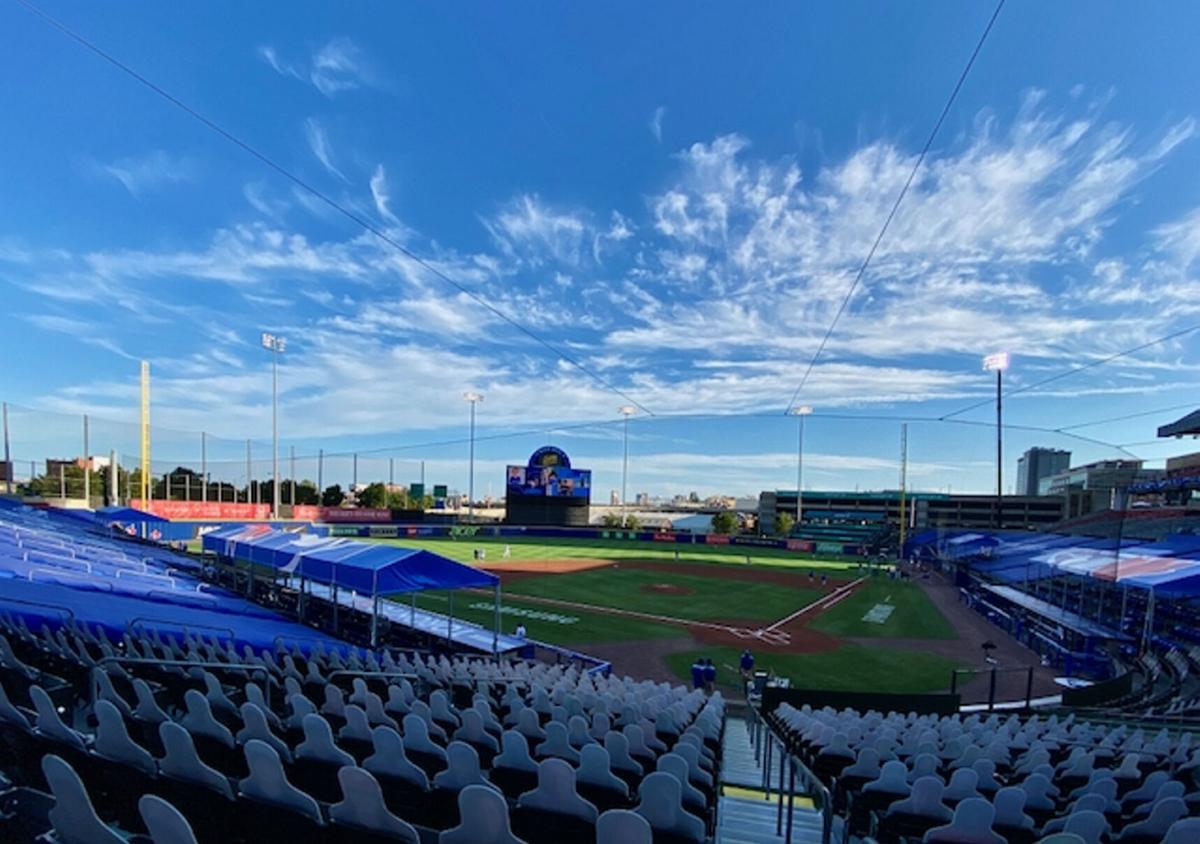 Alex Brasky/Batavia Daily News Outside the media gate at Sahlen Field in Buffalo.

I finally got to cover an actual, live sporting event, and let me tell you - I missed it more than I knew.

When I took this job at the Batavia Daily News, it was one of the best days of my life. Cover sports? For a living?

Then the COVID-19 pandemic hit, forcing me to completely transform myself as a reporter not to mention a person.

For instance, a few months ago Batavia Daily News’ publisher Michael Messerley asked me to start dipping my toe in the breaking news beat to help fill my time. Since then I’ve rushed to the scene of house fires, a fatal motor vehicle crash, and even a robbery at a local gas station. For a sportswriter, these are not things that you ever imagine having to cover.

Recently, as youth sports have begun to open back up I have had the opportunity to get somewhat back to normal, covering little league baseball and softball. It was certainly a breath of fresh air to hear the crack of the bat and the snap of the glove, and it’s always a joy seeing kids out there enjoying sports in their purest form. These kids have been cooped up in the house for a month during the most important years of their lives and being able to see the smiles on the kids’ faces, hear the laughs from the dugout and watch them enjoy spending time with their friends,

With that being said, I didn’t take this job to cover little league sports.

While professional sports aren’t necessarily my cup of tea in this job either, how can I complain about a Major League Baseball game on a beautiful summer night in Buffalo? The answer is, I can’t.

My return to the field was everything I needed.

When I first arrived at Sahlen Field for the Toronto/Buffalo Blue Jays-Tampa Bay Rays game, it was as if a weight had been lifted off of my shoulders.

Finally, even if for a night I was back in my wheelhouse.

The night began with an impromptu interview with Zack Hample, otherwise known as ‘Foul Ball Guy’, who was in Buffalo hoping to add to his collection of over 11,000 baseballs that he has collected at ballgames over the years. Hample’s father, late author, playwright and cartoonist Stoo Hample graduated from the University at Buffalo in 1950 but it was his son’s first time visiting the Queen City.

Hample got what he came to Buffalo for, as he was able to snag two balls during batting practice.

Once I got through the gate, security was waiting as well as Blue Jays employees tasked with taking the temperature of each media member who entered the stadium.

After I passed that checkpoint, an employee was kind enough to help me find the press box, which was actually just a blocked off section of seating in the 100 level. Each media member was provided a separate work station, which was equipped with a desk, a desk lamp, hand sanitizer, disinfectant wipes and a power strip. Each work station was separated by 10 feet or more to ensure social distancing protocols were followed.

The only disappointment of the night was that the Jays were not providing food for the media, which for this husky fellow, was a big blow. Understandable, however, as during the times we are living in having 25 people share food probably isn’t the best idea.

When seated at your workstation you could take your mask off, but otherwise, masks were required for all players, personnel and media while walking throughout the stadium.

The game’s first pitch was thrown at 6:37 p.m. and the weather could not have been better for a baseball game. 83 degrees, Farenheit that is, as the temperature was also announced as 28 Celcius. You know, because the Jays are from Canada.

Things didn’t start great for the Jays, as a two-run bomb off the bat of Rays second baseman Brandon Lowe not only set them back just two batters into the game but also nearly killed a security guard who was standing beyond the right-field fence.

As the game wore on things evened out, as homers from first baseman Rowdy Tellez and second baseman Cavan Biggio helped the Jays storm back to tie it at three in the bottom of the fourth.

A few takeaways from “COVID-style” baseball.

The fake crowd noise is a nice touch. When I first heard teams were considering piping in crowd noise for games this season I never imagined it would sound as close to the real thing as it does. Not the same on TV but in person it works with the exception for the occasional overreaction to an unsuccessful pickoff throw, the crowd noise provided enough atmosphere that it felt like an actual professional baseball game. Even if it didn’t look like one when you took a look around.

Seeing players sitting outside of the dugout is weird. To provide more space for social distancing, some players were sitting in the stands behind the dugout, underneath tents which were covered with the Blue Jays logo. The seats themselves had also been covered with the logo.

Five feet away from the players, not doing a very good job of social distancing were the ‘fans’, which were just cardboard cutouts displaying the faces of people who submitted their photos for a small fee. It was like a horror movie at first, walking by all those cardboard cutouts. Freaky to say the least but I got used to it.

Other than that, it was baseball as I’ve always known it.

In the sixth inning, the sun went down which highlighted the highway beyond the massive video board in center field, and watching the cars go past on a clear summer night in Buffalo was a nice touch.

It took until the sixth for the 3-3 tie to be broken, when a sacrifice fly off the bat of Rays’ right fielder Hunter Renfroe put Tampa Bay ahead 4-3. But the Jays came right back to tie it in the bottom half of the frame when center fielder Randal Grichuk bombed one well over the left-field wall. It was Grichuk’s first home run of the season and it evened the score at four.

This was a game full of round-trippers, as has most of the games played at Sahlen Field this season, including in the 14-11 slugfest between the Jays and Marlins earlier this week when Toronto homered seven times.

Grichuk’s blast wasn’t all for the Jays as a three-run homer from shortstop Bo Bichette gave the Jays their first lead of the game, and a blast from right fielder Teoscar Hernández added to their advantage. When the dust settled it was 8-4 Toronto.

Blue Jays’ pitching was good enough to win, as a combined effort helped close out what ended as an 11-4 win for the Jays.

Tanner Roark, Anthony Kay, Wilmer Font, Ryan Borucki, Anthony Bass all toed the rubber for Toronto in the win, while Font picked up the victory.

With all that said, it wasn’t about who won or lost for me, or even what took place in the game. All the homers, the great defensive plays that were made, the solid pitching performances aside.

I was at an actual, live Major League Baseball game.

That was good enough for me.

(Alex Brasky is a reporter/columnist for the Batavia Daily News.)