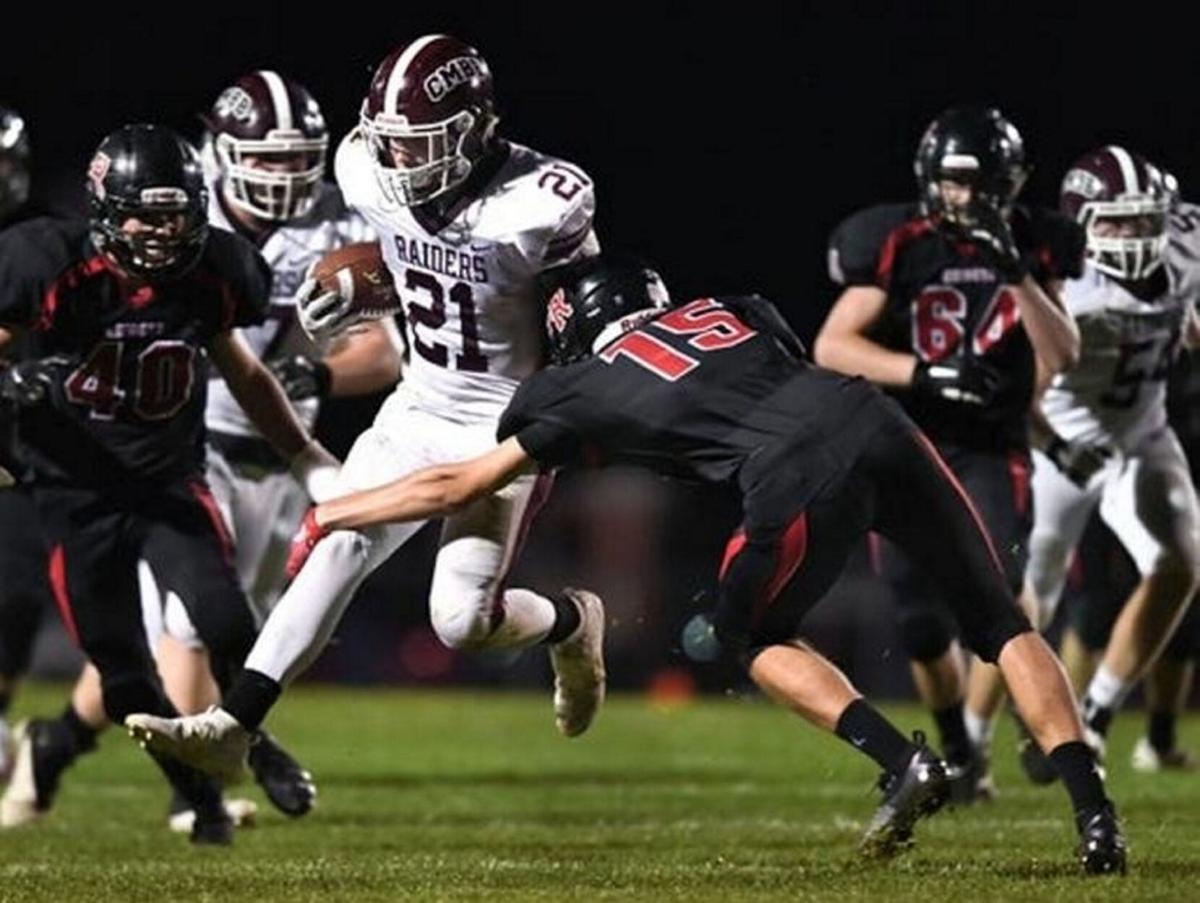 File photoFriday night would have marked yet another chapter in the annual Le Roy/Cal-Mum (BB) rivalry. 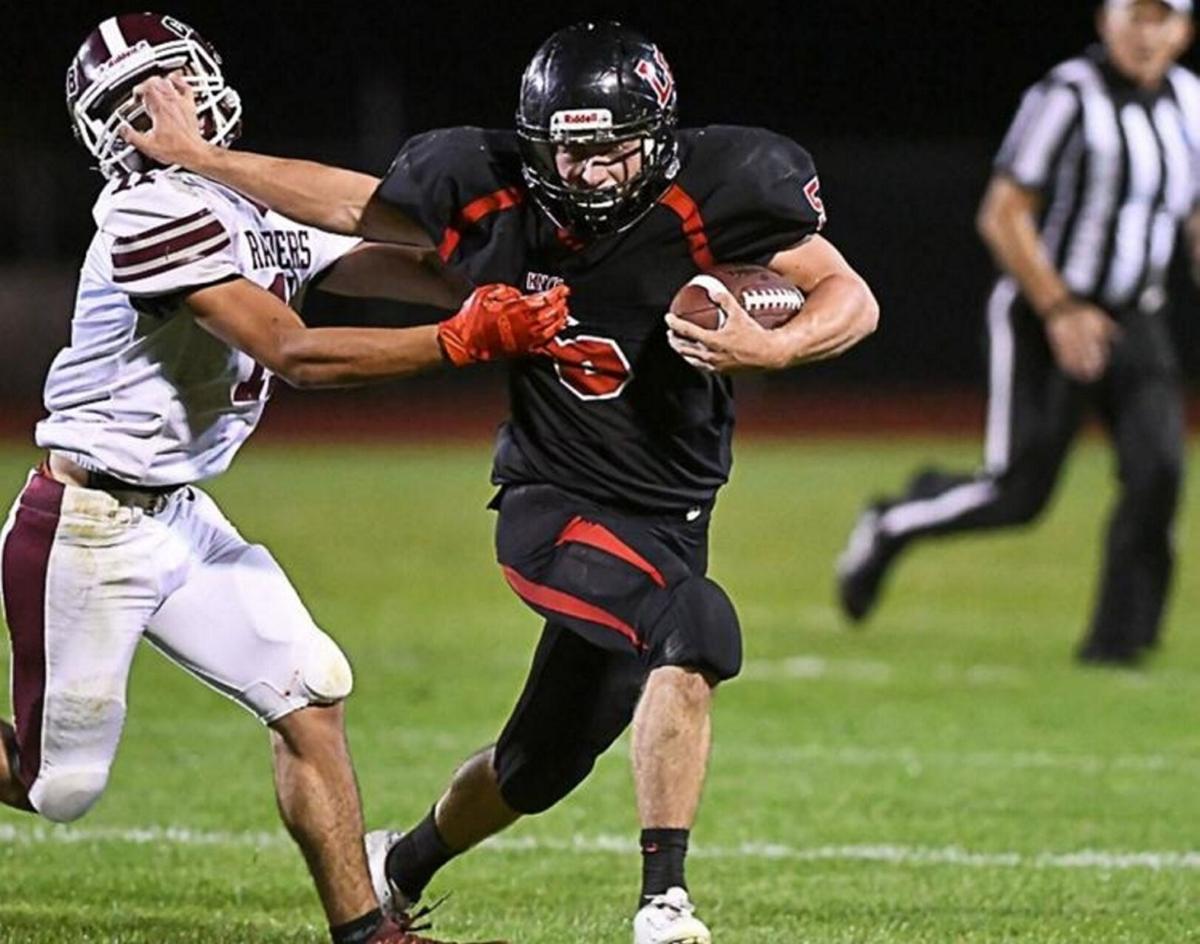 File photoFriday night would have marked yet another chapter in the annual Le Roy/Cal-Mum (BB) rivalry.

There has been plenty that the COVID-19 pandemic has taken away since it began in March, and even though high school sport sports are slated to finally get back to action on September 21, the coronavirus continues to wreak havoc.

Friday night was originally scheduled to be the opening Friday night for high school football in Section V. Well, not originally. Before New York State voted to allow an eighth game to the football season, the initial start date was to be the 11th, but you get the idea.

It was that vote that would save one of the greatest football rivalries in the entire state, as with Cal-Mum/Byron-Bergen dropping to Class D this season, the annual game with Le Roy would not have happened due to the Federation scheduling (which allows teams to play games only within their class).

In comes that long overdue eighth game and the Oatkan Knights/Red Raiders matchup was saved — at least before COVID.

That annual showdown was scheduled to take place Friday night, yet with football — as of now — only being allowed to practice, with no games permitted, on the 21st, it appears as though the Route 5 Rivalry could be in jeopardy once again.

While there is still the possibility that the football season will commence — and I truly hope that Governor Andrew Cuomo and NYSPHSAA Executive Director Robert Zayas come to their senses and let the kids play — it would be a likely longshot that the recently added eighth game would be played, but who knows.

Even with the NYSPHSAA moving back the start of the winter season two weeks until the end of November, it is more than likely that even if games are played this season they won’t begin until the first week of October, at the earliest.

While an eight-week regular season would put them in the third week of November, if a sectional tournament would to be played, the timing doesn’t bode well.

And what would that mean for the Le Roy, Cal-Mum/Byron-Bergen game?

While the Le Roy/Cal-Mum/BB rivalry certainly isn’t what it used to be with the Cal-Mum merge with Byron-Bergen, it is still the longest running rivalry in this area, starting all the way back in 1900 when Cal-Mum won the two of three games played that year.

The two programs would play every year up until 1955-1964 when Le Roy opted to join the ultra competitive Central Western League, playing teams like Irondequoit, East Rochester, Webster, Fairport, Batavia and Canandaigua.

The Le Roy/Cal-Mum rivalry joined back in 1965 and has continued ever since.

Cal-Mum/(Byron-Bergen) leads the all-time series 45-41-2, with Le Roy having won four of the last seven matchups, including a 20-6 victory last season as the Oatkan Knights would take an unbeaten record all the way to the Class C sectional final.

Up until the Cal-Mum merge with Byron-Bergen, the Red Raiders led the all-time series 42-38-2, however Le Roy holds a 5-4 advantage when it comes to the postseason.

Impressively, the two programs have combined for 30 sectional titles, 15 each. While Le Roy’s lone state championship came in 1995, the Cal-Mum program has won four state crowns, the last coming in 2003.

Despite the numbers of history, it’s been a relative rough go for these two proud programs over the last number of years.

Regardless of whether or not the air has gone out on this game in the recent past, this annual contest still means a lot to both teams and both communities. Being separated by mere miles, two of the best small-school football programs in New York State meeting under the Friday Night Lights was always a must-see game. No matter the records.

Even on what should have been an Opening Night, the Red Raiders/Oatkan Knights rivalry would have taken center stage, as it always does.

Here’s to hoping that the state gets it right and allows the kids to get back on the gridiron later this month and maybe, just maybe, this classic game won’t go by the wayside for the first time since the Johnson Administration.

With Opening Night for football having originally been set for Friday night, let’s take a gander back at some of the games last transpired on the first night of football last season.

After advancing to the state final the season before, Batavia opened up defense of yet another sectional crown with a 42-12 whipping of Wayne.

The Blue Devils got big nights from the now-departed Alex Rood, Terrez Smith and Josh Barber in the easy win in the opener of what would turn out to be a difficult season.

Aforementioned Le Roy started its run to the Class C title game with a 46-14 drubbing of Wellsville. The Oatkan Knights rushed for nearly 300 yards behind great efforts from Andrew Englerth, Kyler LaCarte, Jake Hill and Nate Andrews, three of which have graduated.

In an ugly game, Letchworth/Warsaw opened defense of its Class C title from 2018 with a win over Wayland-Cohocton in a contest that featured more penalties than first downs.

LetSaw would go on to lose just one regular season game — a one-point set-back to Le Roy — before beating the Oatkan Knights for its second straight championship.

Finally, Cam Lyons and Ty Woods Jr. each came up with monster night as Alexander opened up with a thrashing of Lyons. The Trojans would overcome a rout at the hands of Notre Dame in the regular season to get back to the Class D title game before dropping a heartbreaker to the Fighting Irish.

These matchups started the 2019 season, and there’s no doubt a number of great games would take place this season, if all goes the way it should.

— Nate Rider is a reporter/columnist for The Daily News