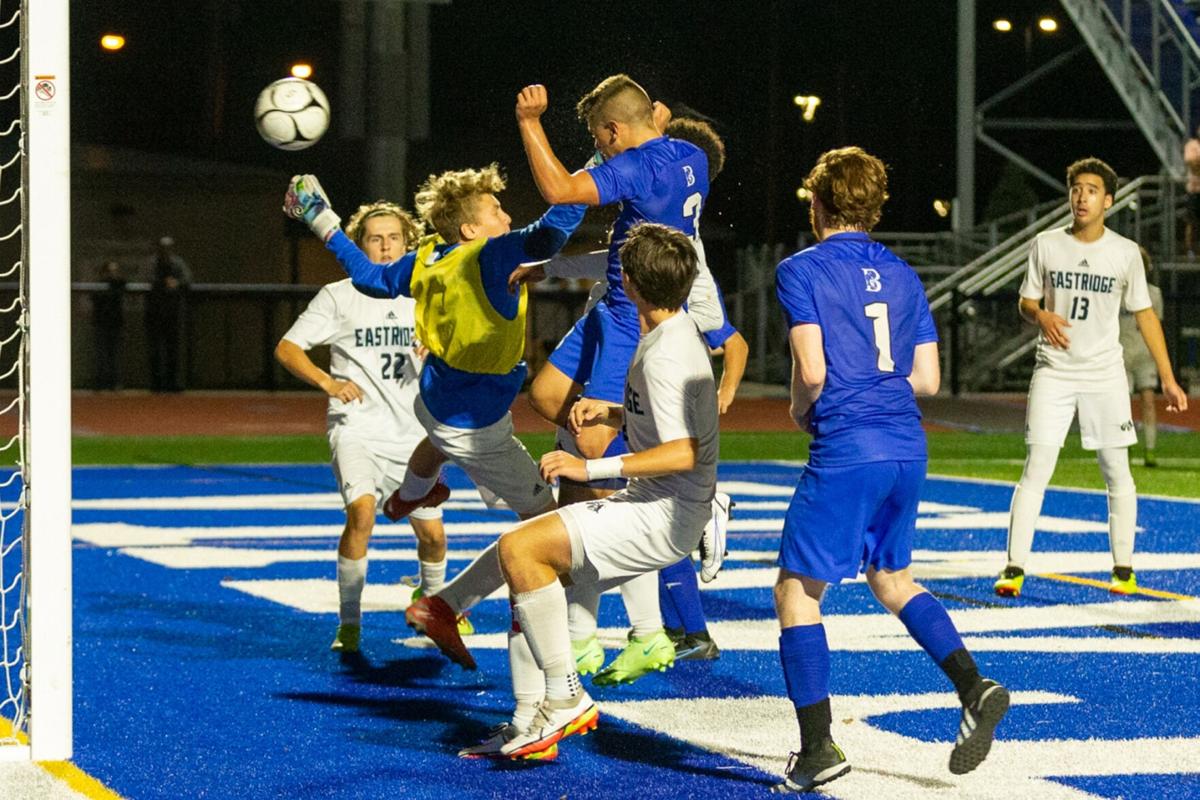 Steve Ognibene/For The Daily News | Batavia sophomore Casper Stewart heads in the game-winner during a comeback victory over Eastridge on Tuesday night. 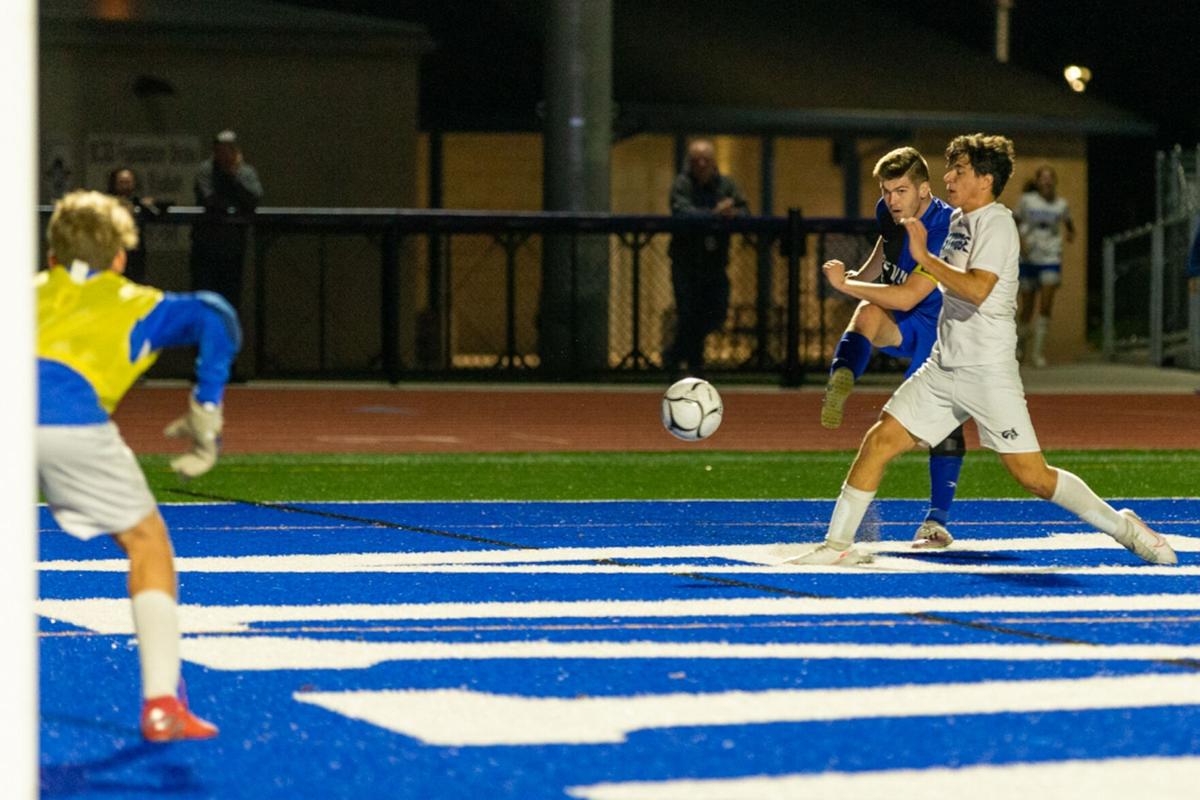 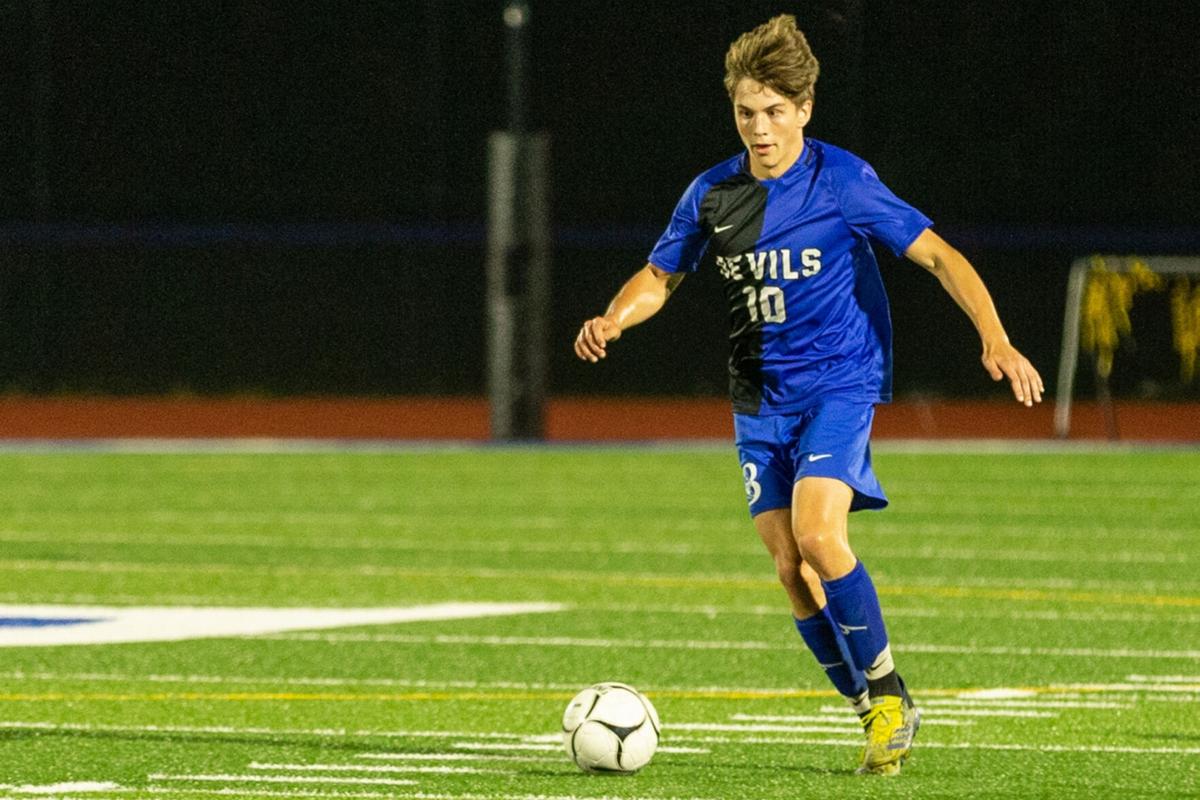 Steve Ognibene/For The Daily News | With his assist on the game-winning goal, Carter Havens became the all-time single-season assist leader in Batavia history.

Steve Ognibene/For The Daily News | Batavia sophomore Casper Stewart heads in the game-winner during a comeback victory over Eastridge on Tuesday night.

Steve Ognibene/For The Daily News | With his assist on the game-winning goal, Carter Havens became the all-time single-season assist leader in Batavia history.

BATAVIA — The Batavia boys soccer team has a knack for the dramatic.

With the game tied at three with 55 seconds remaining, Devils sophomore Casper Stewart netted the game-winning goal on a header off a free kick from senior Carter Havens. With the assist, Havens broke Batavia’s single-season assist record with his 12th helper of the year.

“Eastridge came out ready to play tonight, and they took advantage of some situations,” said Batavia head coach Brandon Every. “In my pregame, I told (our team), if things go sideways, we’re going to stick together. It took us 80 minutes, but the boys came back. They’re the comeback kids.”

Senior Nick Grover powered the Batavia comeback with two goals, which increased his season total to 21. In a win over Greece Odyssey over the weekend, Grover scored his 15th tally of the 2021 campaign to become Batavia’s new single-season scoring leader, breaking a record that had stood for nearly 30 years. After eclipsing the Batavia single-season record over the weekend, Grover recorded his fourth three-goal game of the season in a Batavia win over Mynderse on Monday. His two goals against Eastridge on Tuesday were his 10th and 11th tallies during a six-game goal-scoring streak.

“Nick has been great for us all year,” said Every of his senior stud, who has missed four games this season due to injury.

Tuesday’s win marked the third game this season in which Batavia has come back from a multi-goal deficit, including in a 5-4 win over the Dansville Mustangs on Sept. 7. Grover also powered the early-season comeback over the Mustangs with his first hat trick of the year.

“These kids have no quit in them,” added Every. “Games like these definitely raise the old coach’s heart rate.”

On Tuesday, after Batavia fell behind, 3-0, Grover netted his 20th of the season with 20 minutes remaining in the first half. Then, with one minute remaining until the intermission, Grover scored again, his 21st of the year, cutting the Batavia deficit to 3-2. Both of Grover’s tallies were unassisted.

Both offenses stalled to begin the second half, but with 10 minutes remaining, Batavia sophomore Quintin Cummings tied the game on a beautiful cross from Owen Halpin. Nine minutes later, Stewart and Havens combined for the game-winner.

Following its latest thrilling victory, Batavia improves to 9-4-2 and has won five out of its last six games. The Blue Devils have one game remaining before sectionals — a home matchup with Pittsford Mendon on Thursday night.

“We’ve just told the kids to play soccer, stick together as a team and just stick to the basics,” said Every on what has led to his team’s success. “If we (continue to) do those things, we’ll be alright (come sectional time).”

The Blue Devils’ matchup with the Vikings is set for a 7 p.m. kickoff from Van Detta Stadium.