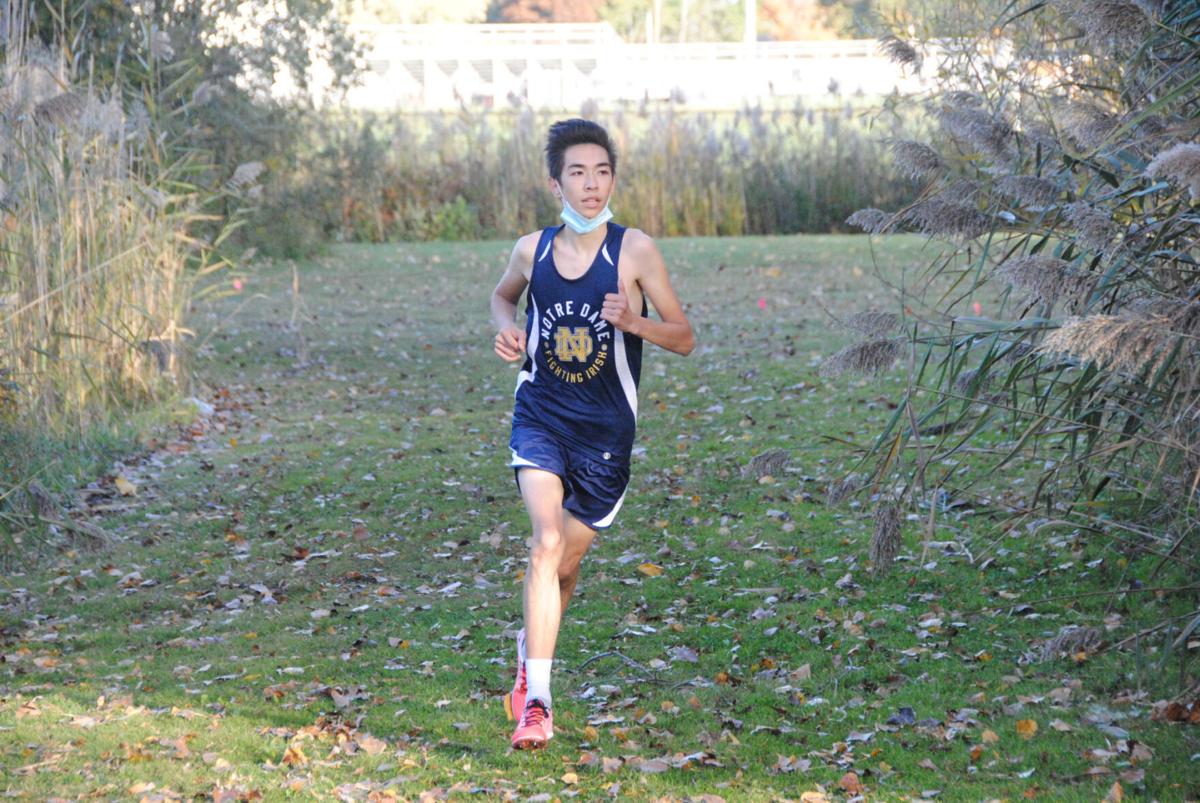 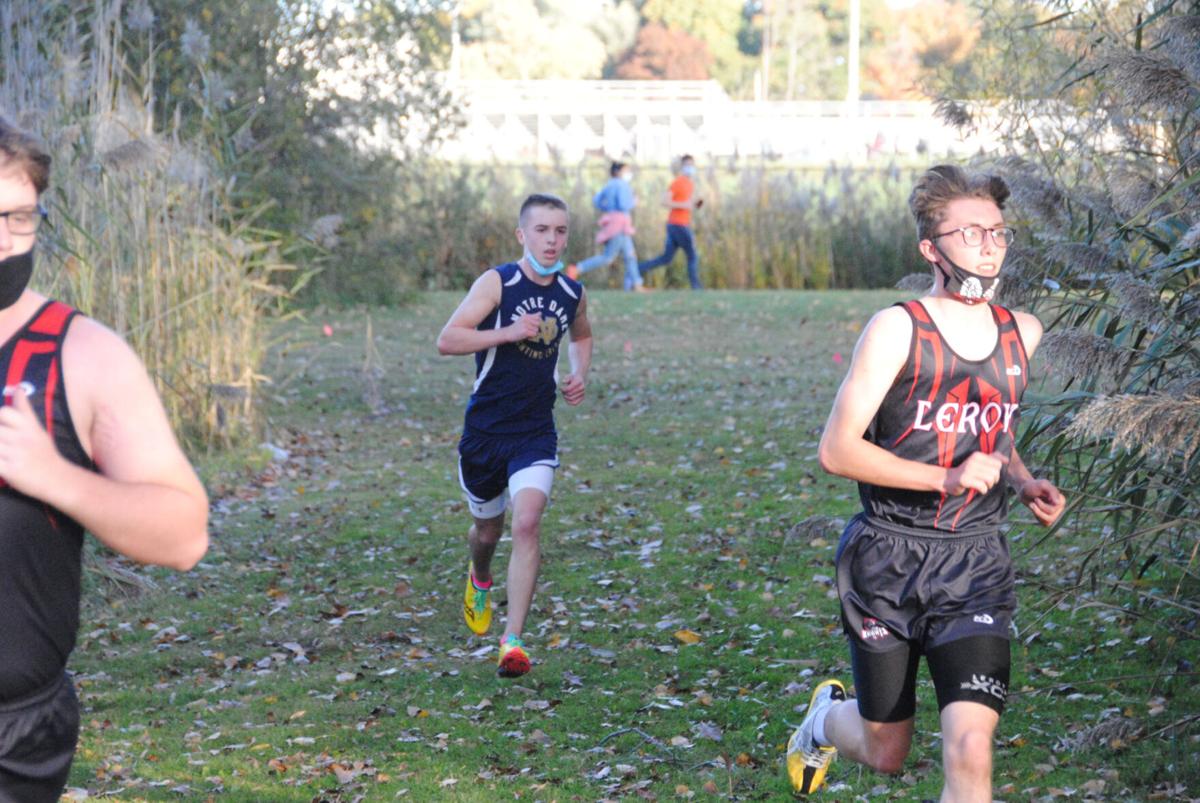 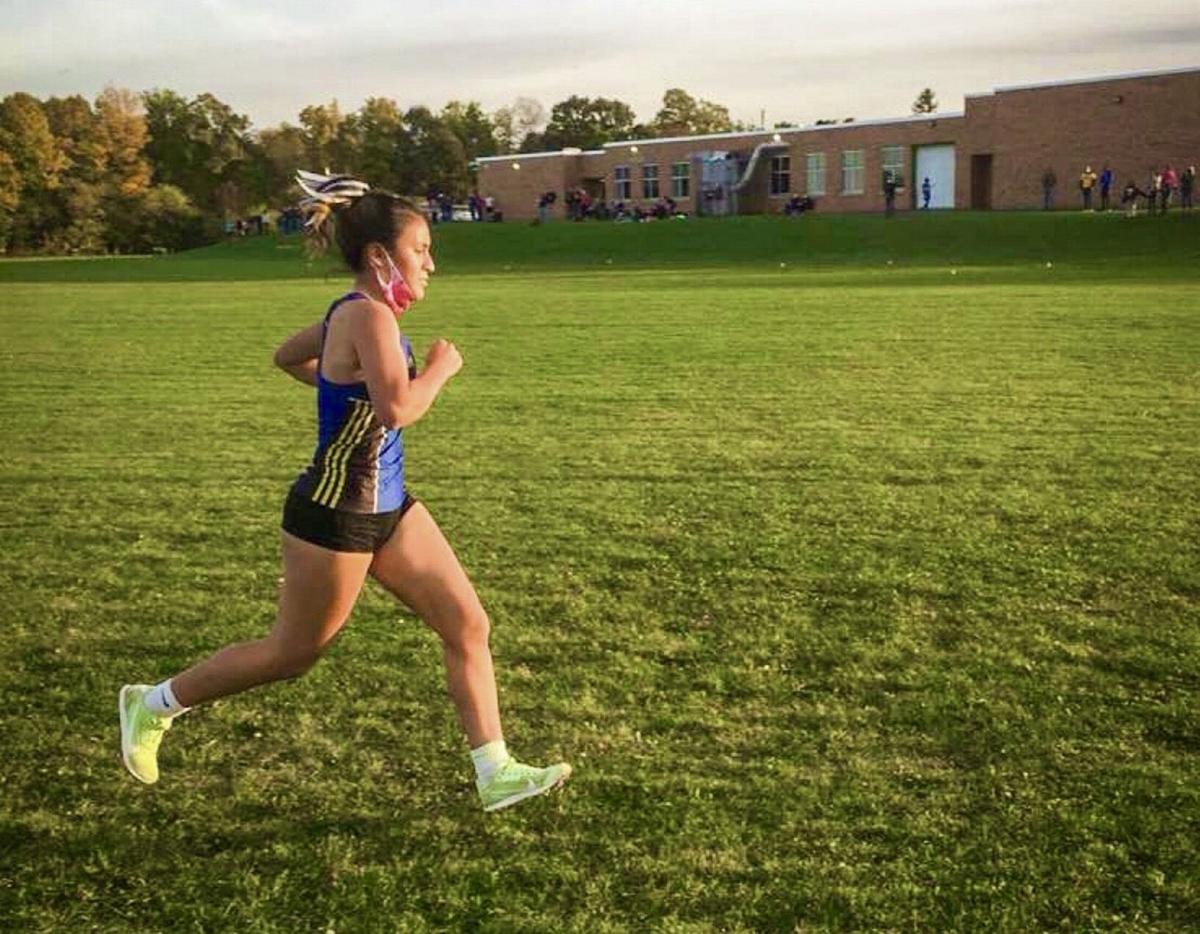 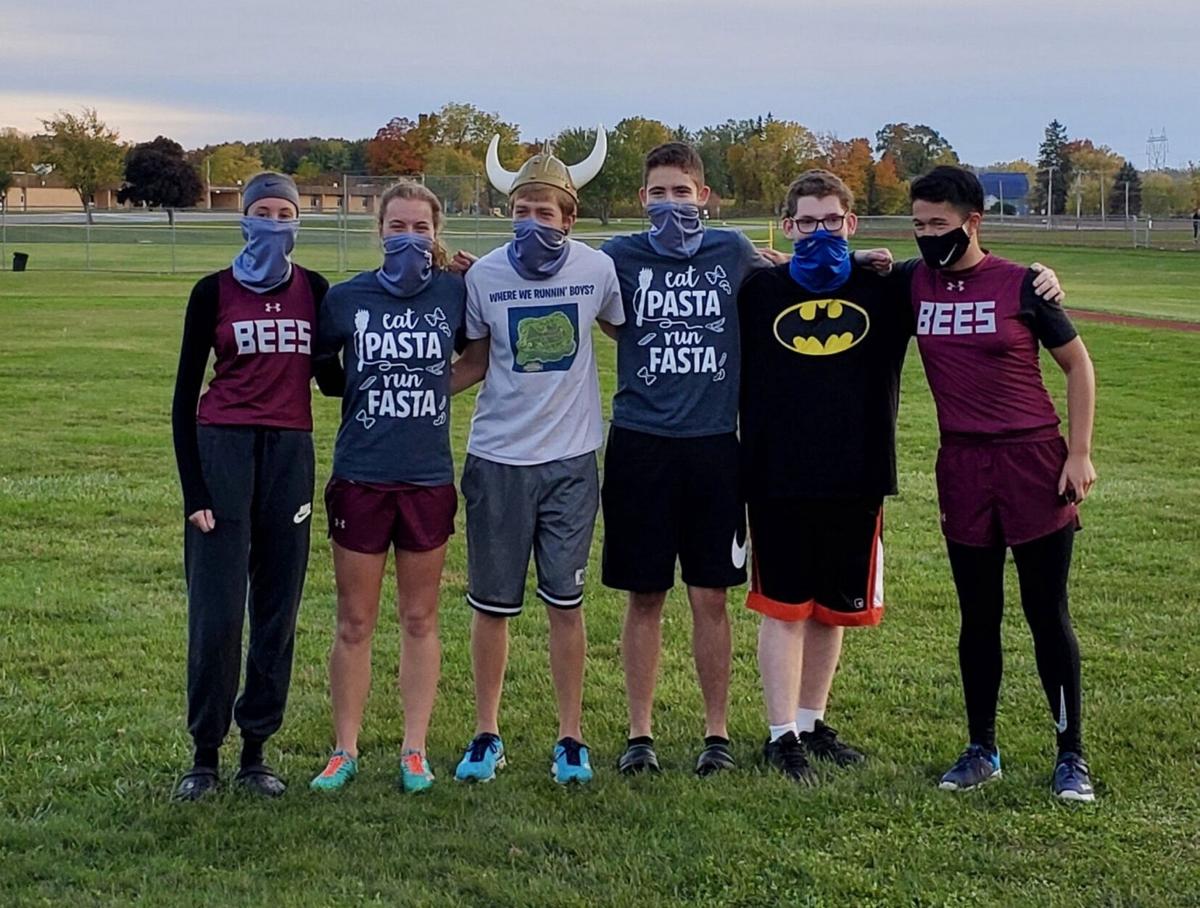 Twitter | The Byron-Bergen seniors pose on their 'Senior Night'.

Twitter | The Byron-Bergen seniors pose on their 'Senior Night'.

The Le Roy girls would get a first place finish from Charlotte Blake to lead the Lady Knights to a sweep of their own.

Skalny hit the tape first for the Fighting Irish with a time of 18:15 — winning by a solid margin over Le Roy’s Erik Schwab who placed second in 18:29.

ND would get their scoring five in by the seventh spot as Andrew Ricupito (19:23) and Harry Schafer (20:37) finished the scoring five for the Fighting Irish.

The LeRoy girls were paced by Charlotte Blake’s victory with a time of 21:45 as they swept past the competition including their 17-42 victory over Notre Dame.

The Lady Knights took the top four spots in this one as Blake won the race with teammates Ashley Totten (22:40), Riley Wood (23:22) and Gabrielle Slivinski (24:42) placed second through fourth respectively.

Notre Dame’s Kate Ricupito was the top Lady Irish finisher in fifth with a time of 25:25.

After winning last week’s race in Avon, Warsaw’s Mitchel Felix made it 2-for-2 with a victory at Byron-Bergen Tuesday.

For the girls, Byron-Bergen’s Stephanie Onderdonk was the overall champion with a time of 24:14 followed by teammates Julia Schlenker-Stephens (25:00) and Alaura Rehwaldt (25:08) who were second and third respectively.

In the boys race, Pembroke’s Sebastian Kitt won easily with his time of 19:17 topping Kendall’s Ethan Kuhn (20:16) by nearly a minute and third place finisher Pembroke’s Everett Hartz by 90 seconds.

Kendall defeated the Pembroke girls 24-33 as Pembroke grabbed the first three spots before Kendall grabbed the next five to get the victory.

Zach Hall won the boys race in 17:01 while Pavilion’s Alexa Wolcott took the girls race in 19:42 during Tuesday’s GR/LCAA race at Oakfield-Alabama HS.

O-A earned the victory over Pavilion/York in both races.

Alexander’s Cooper Davis won the boys race with a time of 21:32 while Jadyn Mullen won the girls race in 22:17 as the Trojans dominated their meet against host Holley at Holley Canal Falls.

The Alexander boys grabbed the top three spots as Davis hit the tape first with teammates Jay Morrison (21:40) and Jett Davis (21:50) placing second and third respectively with Holley’s Dylan Clemens coming in fourth place with a time of 22:39.

Alexander’s Owen Dunbar rounded out the top five in 22:55.

Holley’s Adriana Botello placed third to lead the Hawks with a time of 25:13.

Two of the area’s top cross-country programs — Livonia and Avon — took to the trails Wednesday afternoon at Livonia High School.

In the boys race, Livonia earned the top-three spots as Owen Hensler won the race in 18:52 followed by Christian Tewksbury (19:06) and Chris Coyle (19:07) who were second and third respectively.

The Livonia boys placed all five of their scoring runners in the top-11 as Adam DelGrand (20:13) and Tyler Marshall (21:32) were eighth and 11th respectively.

The girls race was also very exciting as Avon’s Izzy Marzec won the race with a time of 21:37, easily outdistancing runner-up Cameron Rode, of Livonia, who was second in 22:56 and Livonia’s Olivia Krebbeks, who placed third in 23:20.

Livonia and Avon also split the next four place finishers as Livonia’s Jillian Genthner (23:25) and Alyssa Healy (23:42) were fifth and sixth while Avon’s Kaitlyn Geary (25:08) and Joleigh Crye (25:21) placed seventh and eighth respectively,

The Livonia girls had all five of their scoring runners in the top eight as Elizabeth Fitzgerald placed eighth (25:50).