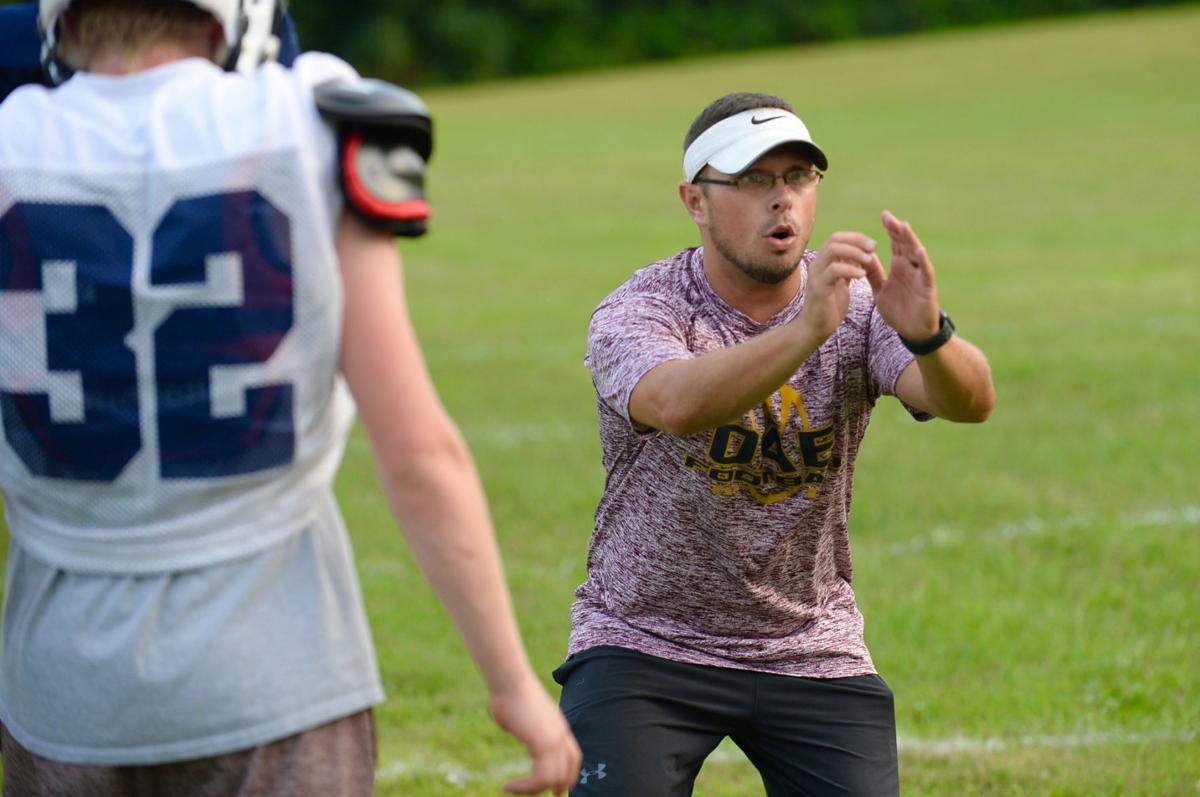 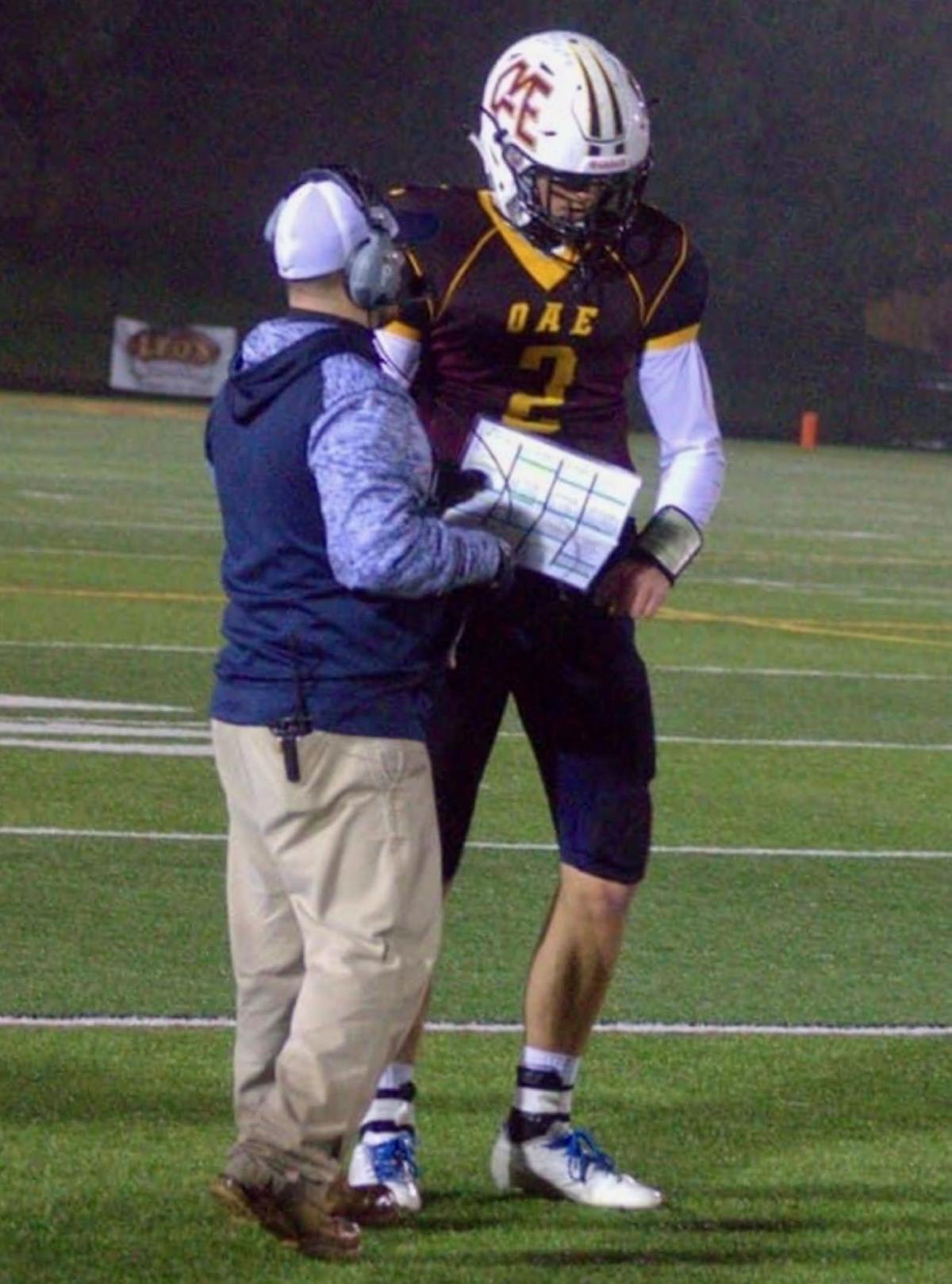 ELBA — Since 2009 Elba’s Mike Cintorino has walked the sidelines as the Lancers’ head football coach, and during that time he has seen more than most do during a decade of service. The dissolution of a once proud program, two mergers of once rival schools, as well as an introduction to eight-man football, Cintorino has guided Elba through some difficult times. With that being said, don’t let the turbulence of his tenure confuse you about the level of success in which Cintorino found over the past 11 seasons.

During his time at the helm of the Lancers’ football program, which included mergers with Byron-Bergen, as well as Oakfield-Alabama, Cintorino finished with 53-38 record and two undefeated seasons under his belt, both of which ended in his team hoisting a sectional block. For Cintorino, things at Elba weren’t always easy, but sometimes the struggle is the reward and that was exactly the case for the longtime Lancers’ coach.

After an up and down stretch of 11-man football, which featured a few sectional semifinal berths but no championships, Cintorino’s Oakfield-Alabama/Elba squad hit the ground running during their first season of eight-man football in 2018. The switch to eight-man was certainly not an easy transition to make, considering these were two schools which had previously had their own programs that had won 11-man titles in the past and had competed at a high level within the Genesee Region League for years. It took some convincing, but Cintorino eventually got the blessing and support of the Lancers’ and Hornets’ athletic communities and immediately gave them a return on their investment.

During the inaugural season of eight-man football in Section V, Cintorino’s team finished 8-0 after outscoring their opponents 419-90 on its way to a Section V Championship, and the next season O-A/E reached another level of dominance, outscoring opponents 513-113 on its way to a second-straight undefeated season and a second-straight sectional title. It took plenty of time for him to reach the top, but that’s where Coach Cintorino finds himself, and that’s where he’s going out - as a champion. After 11 seasons, Cintorino has announced he is stepping away from his head coaching duties, but not before he and his players left etched their names in the record books.

“When we made the switch (to eight-man football) we talked about it as a team and we wanted to leave a legacy,” said Cintorino, who announced his resignation in January. “Everyone who was a part of that switch, from the players to the coaches to the community, I feel we left a legacy and we set the bar (for eight-man football) in Section V and at the state level.”

“Two seasons in a row undefeated, two seasons in a row as sectional champions, their names are forever etched in the record books,” said the O-A/E head coach about the ‘18 and ‘19 teams. “I don’t think eight-man football is going anywhere and they were standard bearers for that.”

Although he will be stepping away from the coaching ranks, Cintorino will continue to serve as an advocate for eight-man football, as he remains as the Section V Eight-Man Football coaches’ representative at this time.

Cintorino says people are starting to give the sport of eight-man football its due.

“Schools see that it’s real football,” he said. “We had two great athletes that are both going on to play at the collegiate level one (Dylan Rykert) at the University of Rochester and one (Colton Dillon) at Mercyhurst. (That shows that our sport is starting to get the respect it deserves).”

With all of the success Coach Cintorino has experienced in over a decade on the sidelines, nothing makes him more proud than the relationships he has developed with his player - whether it be the ones who went on to play at the next level, or those at the bottom of the roster.

“I cherish those relationships more than anything else,” said Cintorino. “The sectional titles and all of that is great for a trophy case at school, but some of my great friends are some of my ex players and that’s the true reward.”

Cintorino says coaching is unique in the way one can go from a pupil, to a friend over time.

“That is something you only get from spending so much time together, whether it’s 6 a.m. in the weight room or all of those two a days in August,” he said.

Cintorino certainly struggled over the decision to step down, but it’s one he made for one simple reason - family.

“It was mostly personal reasons,” said Cintorino, who has a daughter who just started playing modified sports. “Coaching football the way I want to coach it and the way it needs to be coached, and trying to support the whole program, not just varsity but getting to modified and JV games, I wasn’t able to do that as much last year because I was trying to get to my daughter’s games and balance family life.”

That’s when the wheels began turning for Cintorino, and then news that he received in October sealed the deal for him.

“We got the news in October that we were expecting another child,” said Cintorino. “So between the two kids now and building a house this summer, to do it the way I want to do it and to be present at everything the way I have been, it just wasn’t feasible and to me it just wasn’t fair to the young men.”

That, in part, is why Cintorino says its the right time to step away.

“I can’t take time away from my family and I don’t wanna go in halfheartedly,” he said. “It’s not fair to those young men.”

Although sometimes, when you see coaches step away from the game, programs aren’t left with much to work with, that isn’t the case with Cintorino and O-A/E as he leaves behind a talented team that will once again compete for a sectional title in 2020. In addition, a sense of continuity will remain even with Cintorino’s departure, as new head coach Tyler Winter, who previously spent two seasons as York/Pavilion head football coach, takes over after spending the past two seasons as an assistant coach with O-A/E.

“Tyler has been outstanding,” said Cintorino. “He took on weight room responsibilities this past year and has head coaching experience, and he is also a teacher at our school.”

Over the past few months, Cintorino says he has spent time remembering all of the great times he had in the maroon and white.

Cintorino says there are preliminary plans to have him in the booth on the headset during home games, but he isn’t too sure he will be as eager to attend some of the two hour away games.

In the end, Cintorino’s success and longevity coaching the sport he loves came down to one thing.

“Passion,” he said. “You have to love what you’re doing. It’s a grind, it’s tough. It’s time away from family, it’s time away from hobbies - it is your life. The amount of work that you have to put in to be successful and to give these kids what they deserve is immense.”

Although he plans to step away, he won’t soon forget about his team.

“No one will be a bigger O-A/E fan than I am,” said Cintorino.

Something tells me that we’ll be seeing Coach Cintorino on Friday nights, in one capacity or another. Whether it will be up in the booth or in the bleachers, you can take the man out of football, but you can’t take football out of the man. This is as big of a ‘football guy’ as you’ll find, and the game will surely miss Coach C on the sidelines.